This will be our final look at Siena.  These are some more shots from the street or our hotel window. 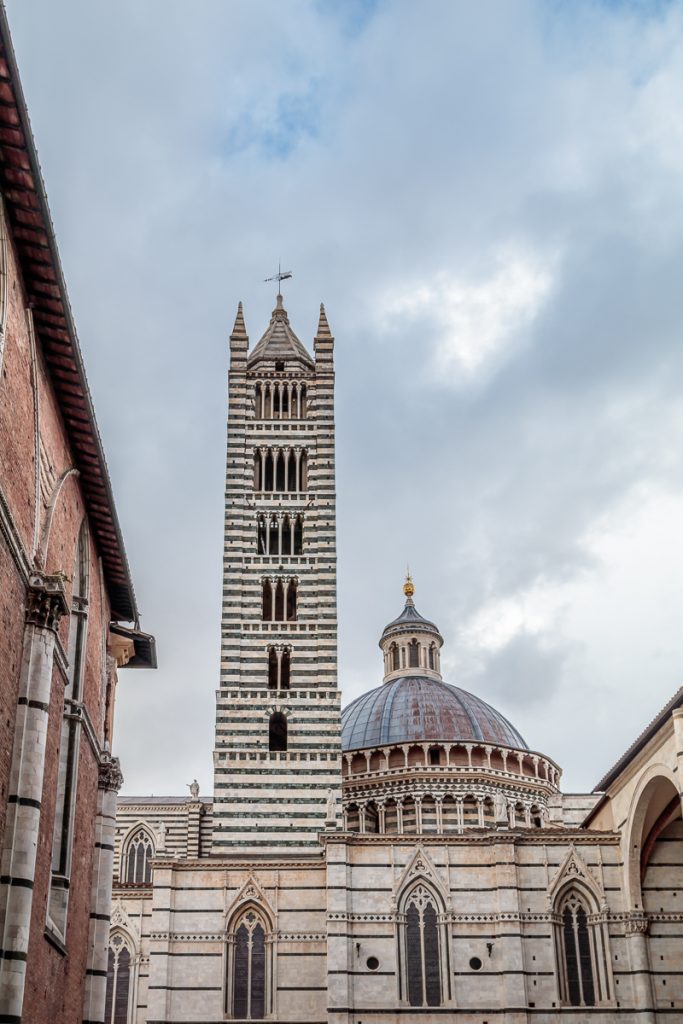 Zebra Stripe Tower of the Duomo

This was the most unique image of the Madona, a very modern rendition.  Some translations might help.  elettricita = electricity.  OK, so that wasn’t so helpful.  However, “mostra d’arte, opera di L. Bichi” translates to  “art show by L. Bichi” with the arrow pointing the way, 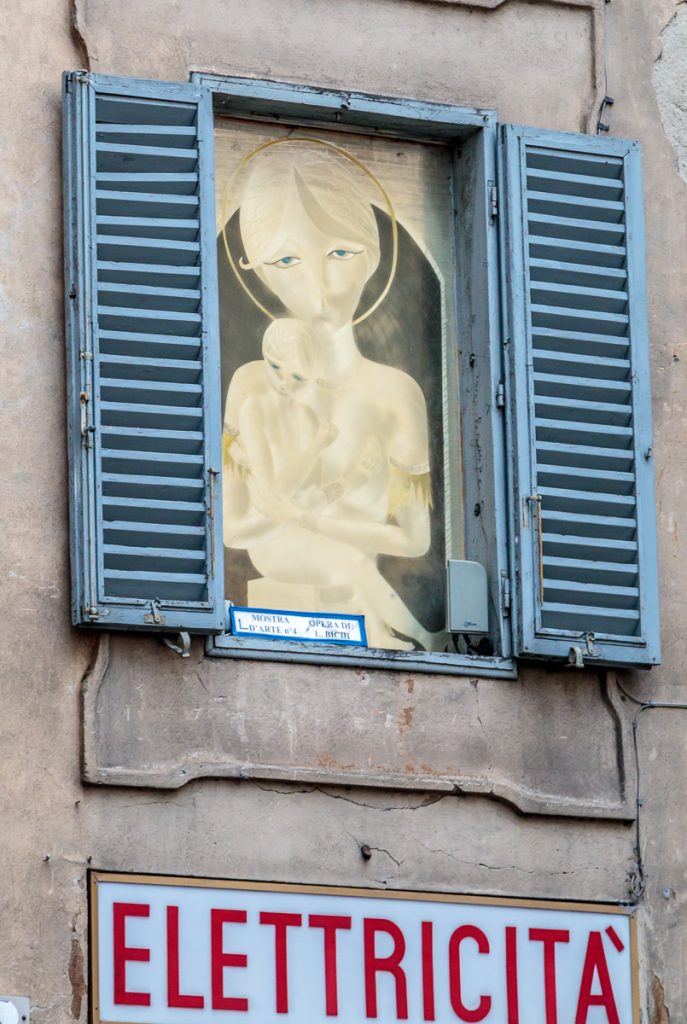 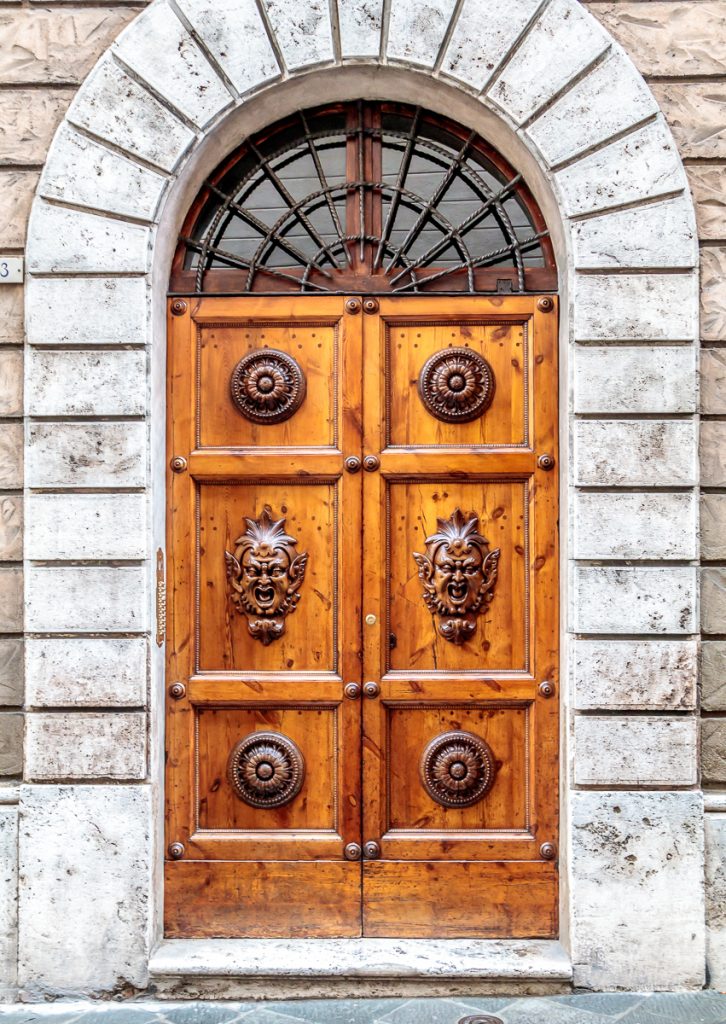 San Pietro alle Scale, also known as San Pietro in Castelvechio, is just off Via San Pietro.  Initially built in the 12th century, it was rebuilt in the 17th century.  The bell tower dates to 1699 and the façade to 1706. 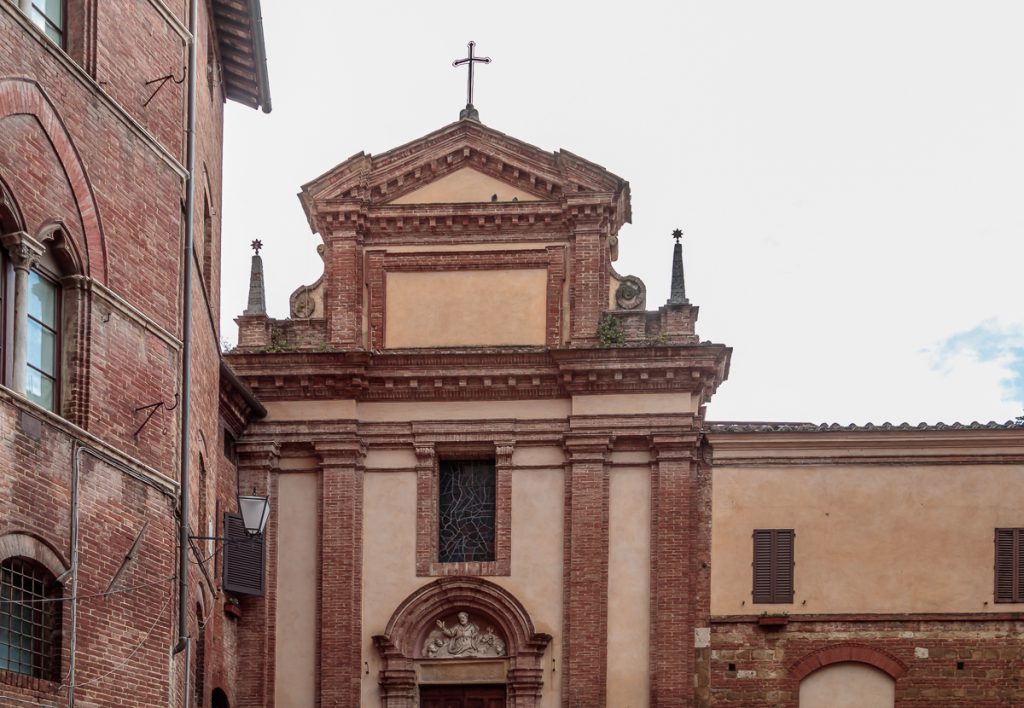 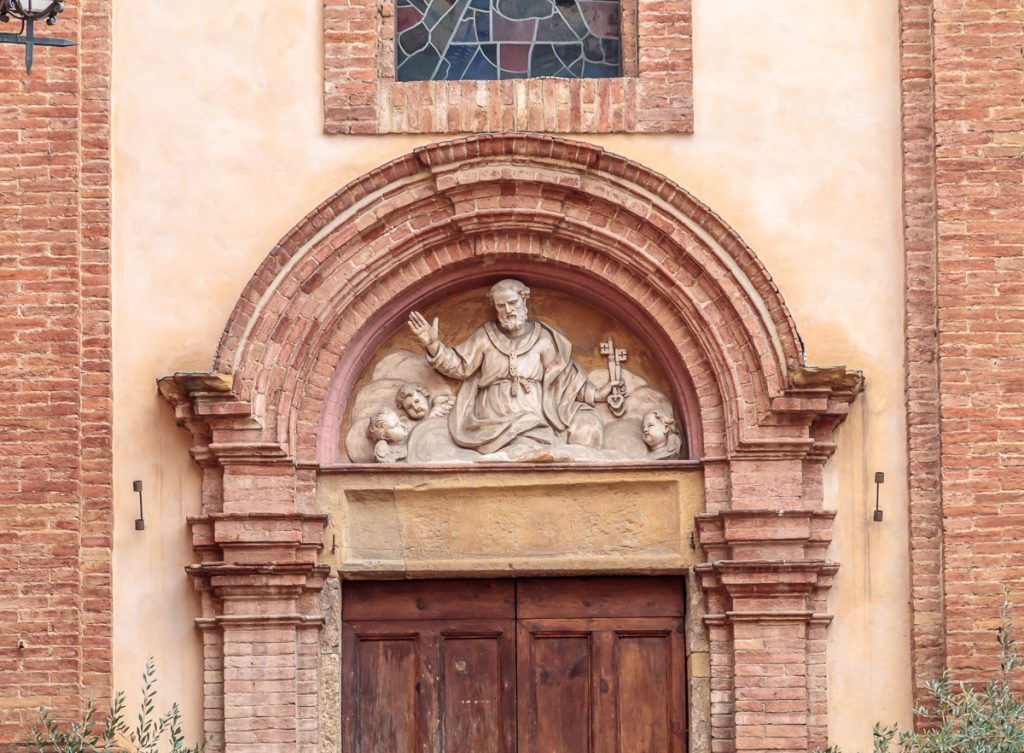 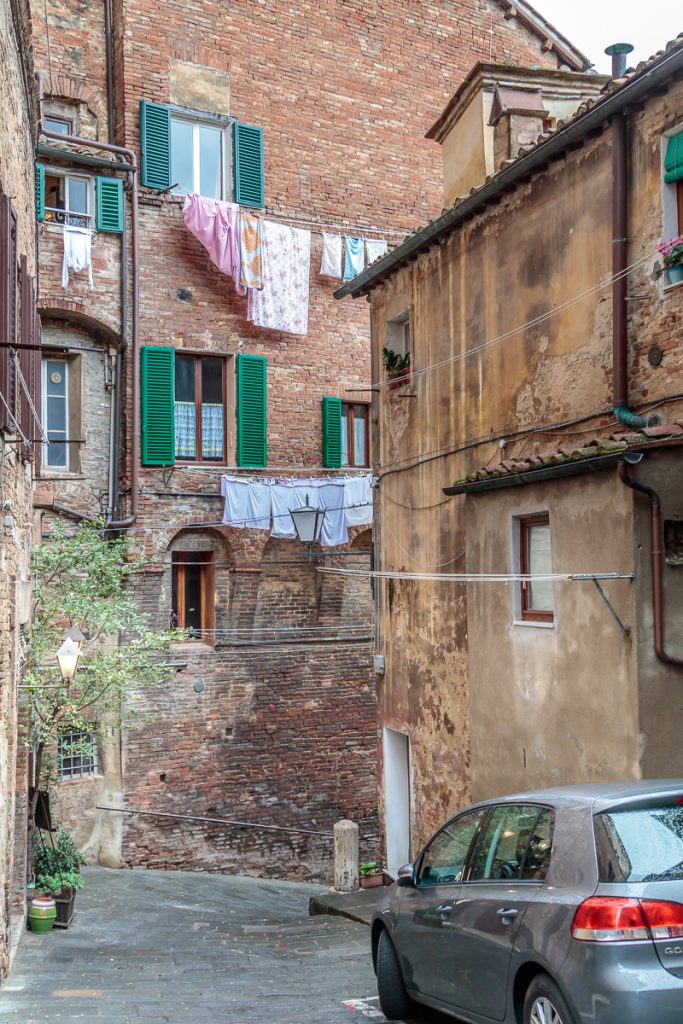 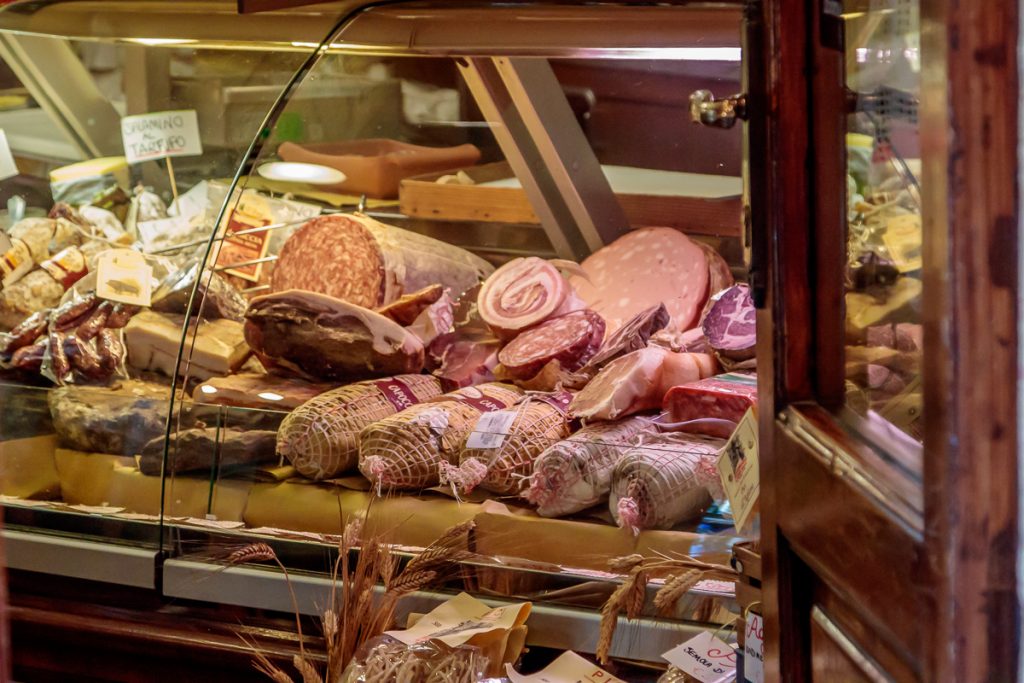 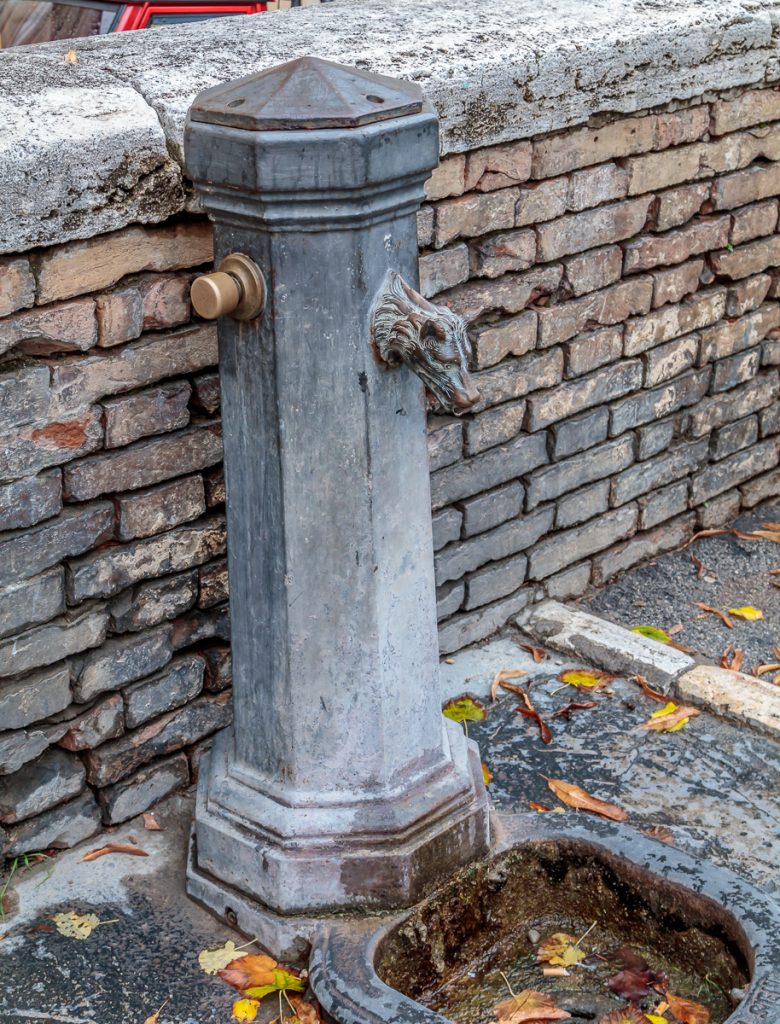 This is a view from Tartucca Contrada La Palio, a park at the corner of Prato di San Agostino and Via Sant’Agata. 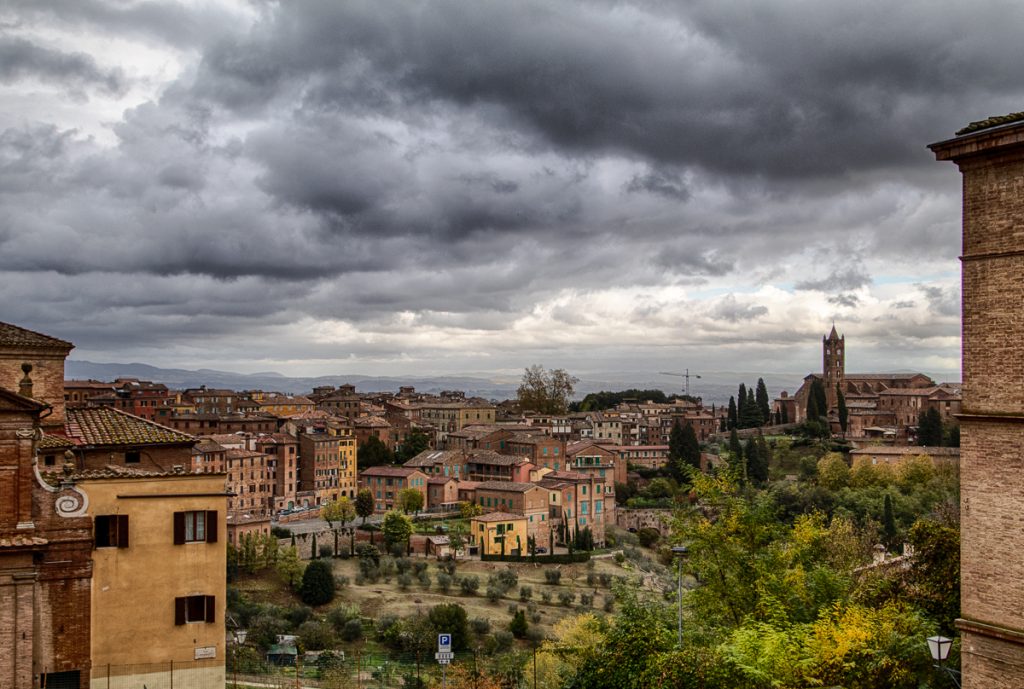 Just below the Tartucca Contrada La Palio is Chiesa di San Giuseppe.  The church was commissioned by the contrada dell’Onda and begun in 1521.  Construction continued for the whole century with the façade being finished in 1653 mostly in brickwork. 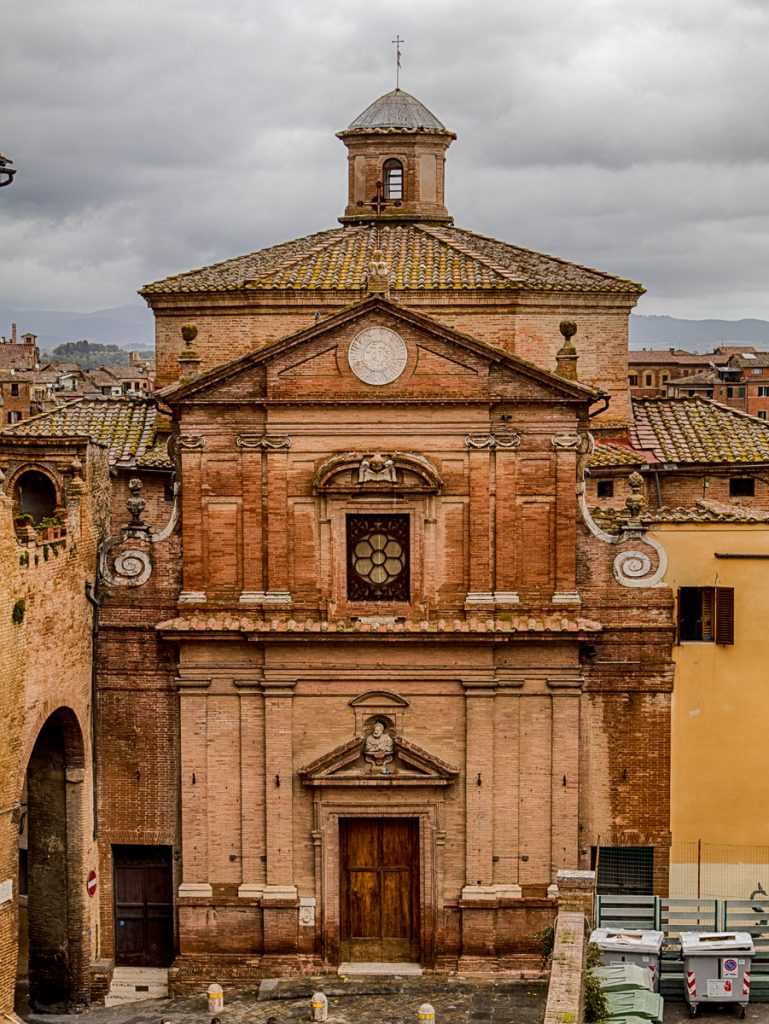 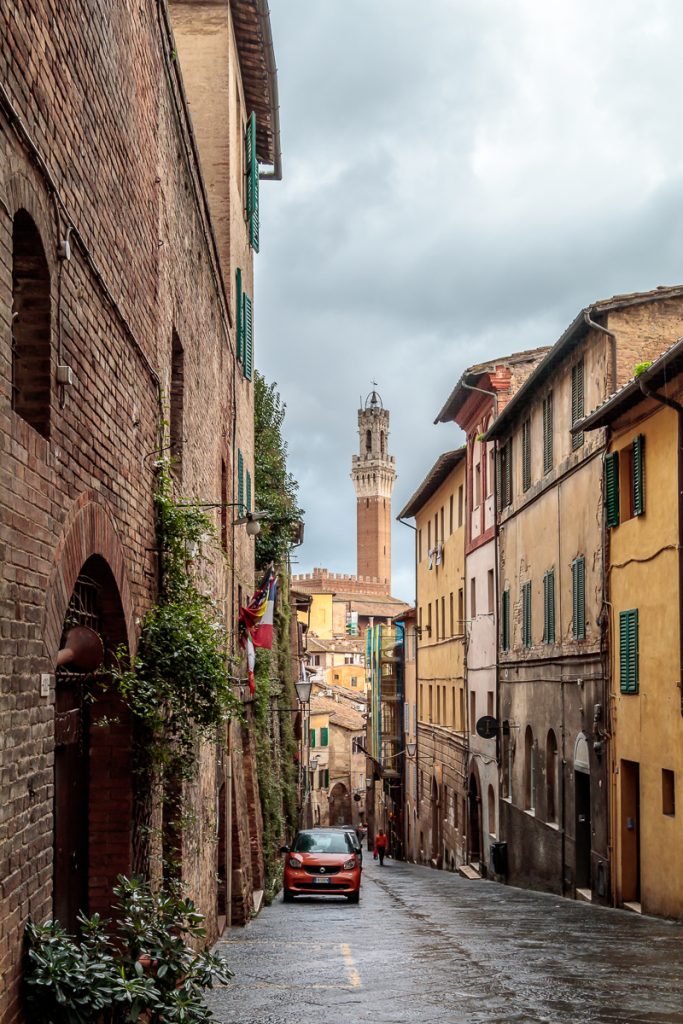 We managed to get back to the piazza just ahead of a heavy rain. 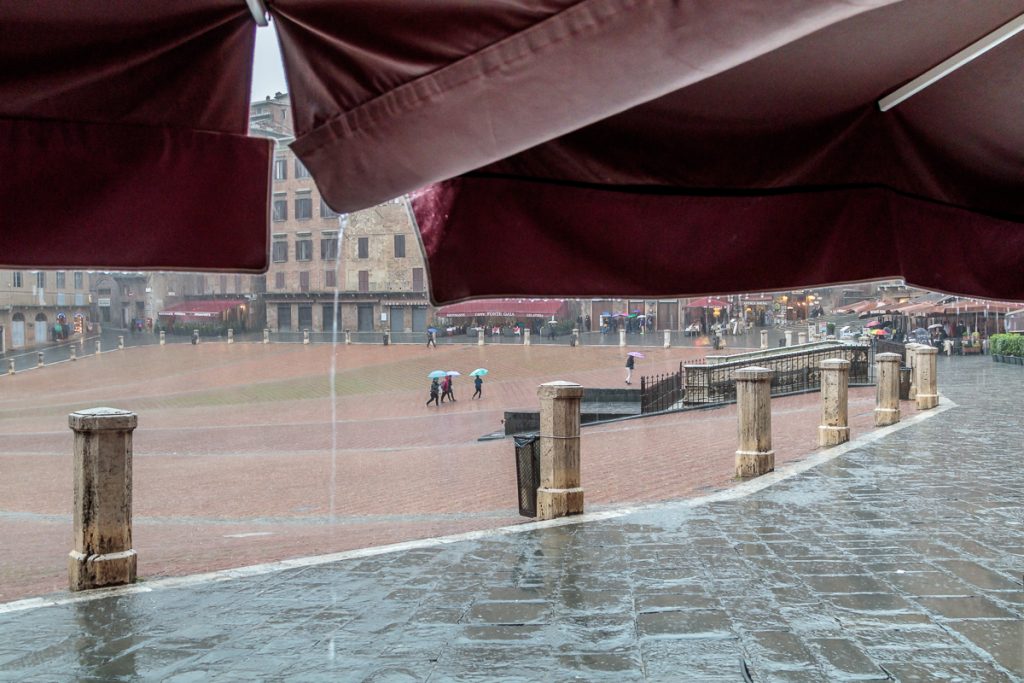 Rain in the Piazza

It was a good time for a treat.

I had seen this window during the day, but had no idea it was as beautiful at it is when lit at night. 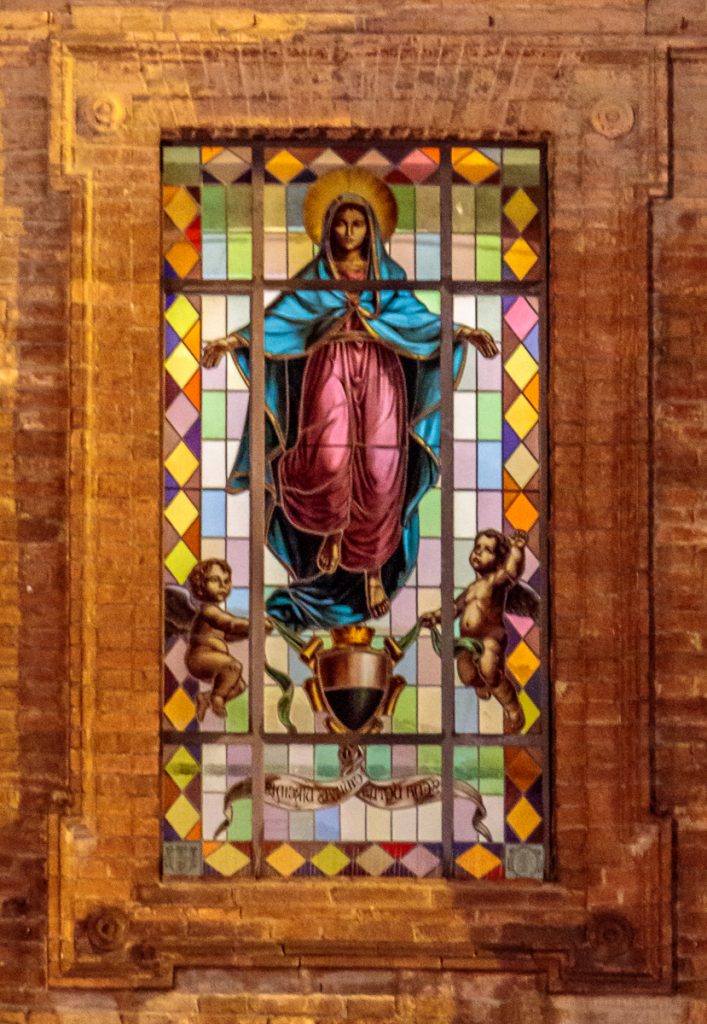 The Torre del Magia is lit at night.  This image was taken from inside a walled courtyard next to the tower. 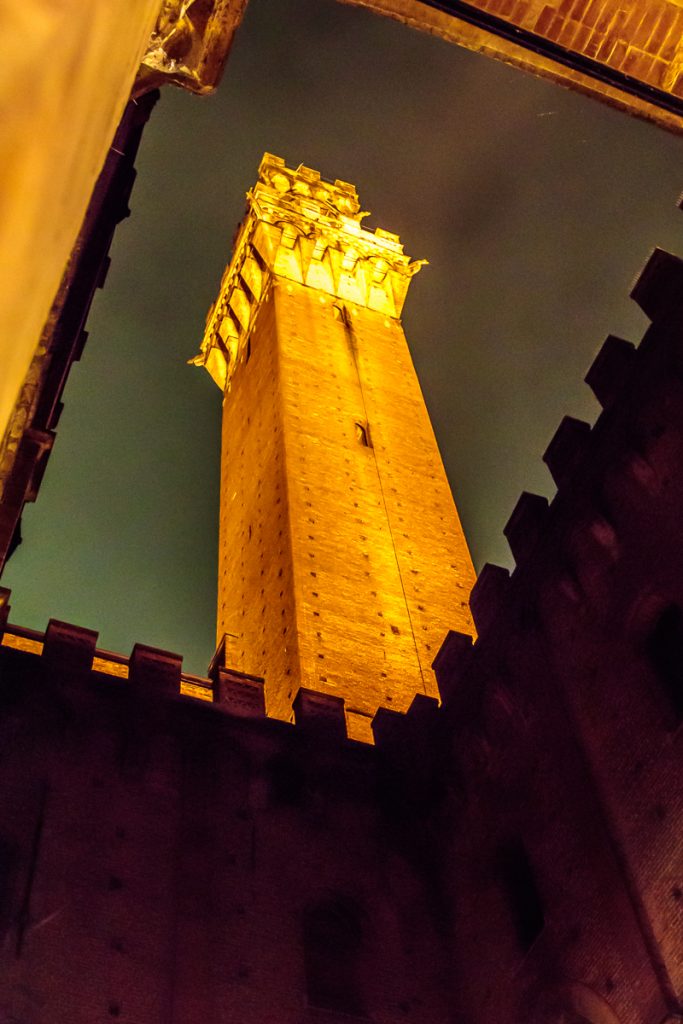 The rain continued, but that didn’t dampen the spirits of the football (soccer) fans.  This stadium was just outside our hotel window.  We could hear the cheering from our room. 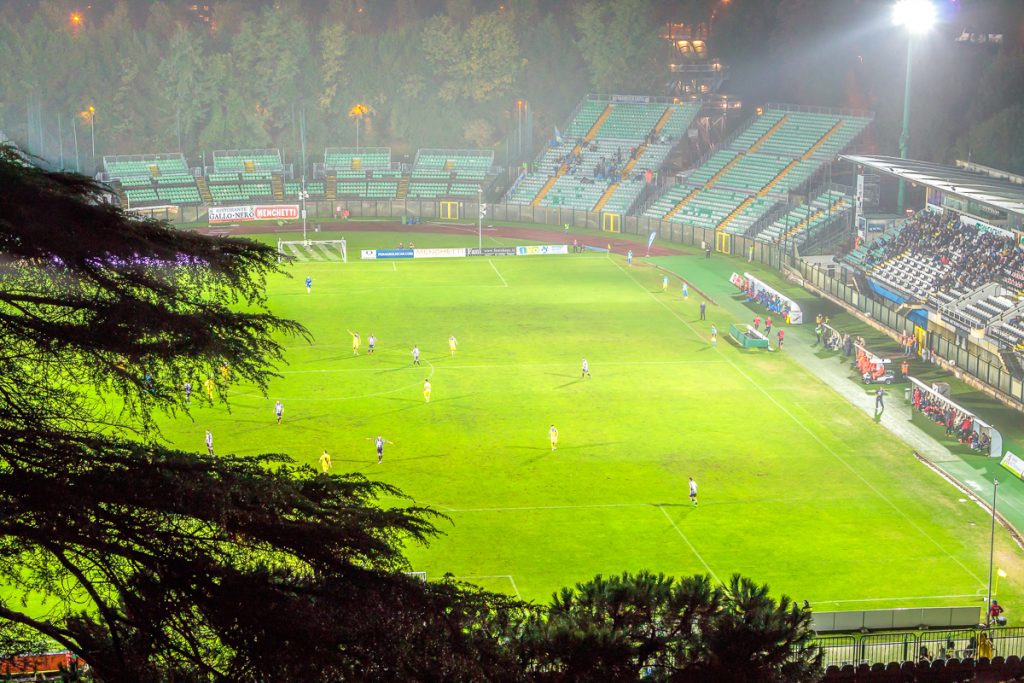 Another treat from our window were the church bells.  Take a listen.  I’m sorry the image bounces around a bit.  Watching and listening to it now, I wish I had recorded a much longer video.

And with that, we will leave Siena.  I highly recommend that you visit Siena if you have the chance.  All 12 of the posts from Siena were the result of only 1.5 days of visiting.  We certainly didn’t see it all and I would love to go back.

Again, WikiPedia is the source of many of the facts presented in this post.

Also, as I post this on Christmas Eve, I want to wish everyone a very Merry Christmas.

This entry was posted in Travel and tagged Bells, Italy, Siena, Street.