Calm Evening on the Lake

I was fortunate enough to do two kayak evenings on the lake with Polly, Barb, Laurie, and Pete.  The wind and water were calm.  The sunset was beautiful.  The full moon came up.  Here are some of the photos from these evening cruises.

First for some wildlife.  It was a real treat to see the four-point buck white tail deer.  It was along the shore, actually standing on a section of dock or boardwalk along the water.  The 4 kayaks were able to drift in quite close to the deer, as close as about 25 feet at one time.  The deer would raise its head, look right at us, and then go on with eating the grass.  The antlers were in the velvet.  He eventually just wandered away, never showing any signs of concern or alarm with us being so close. 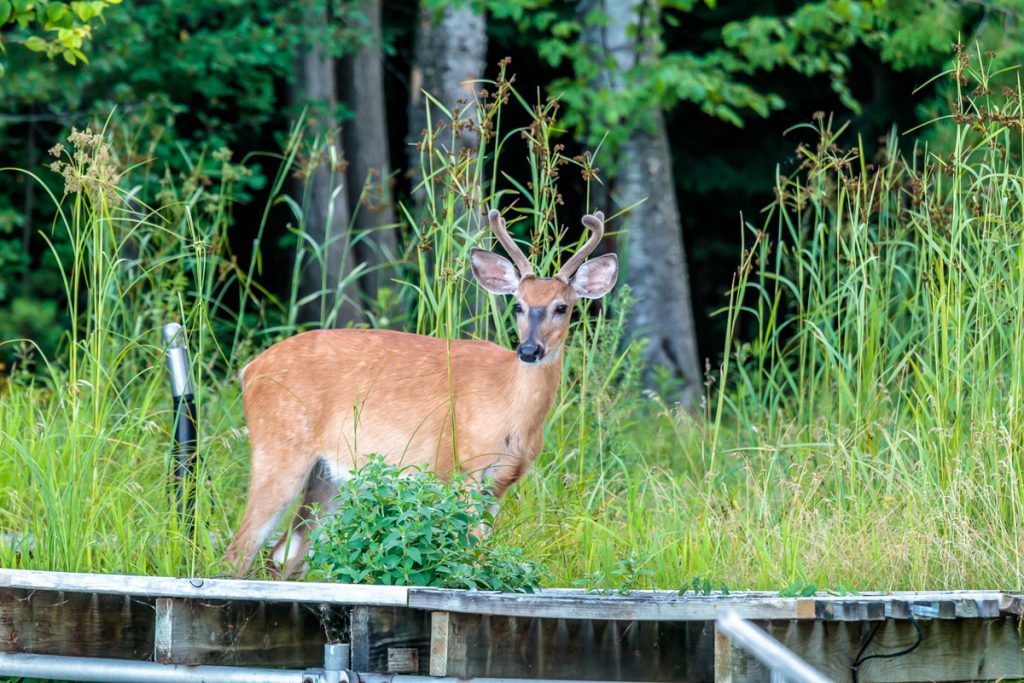 Four-Point Buck in the Velvet Along Lakeshore 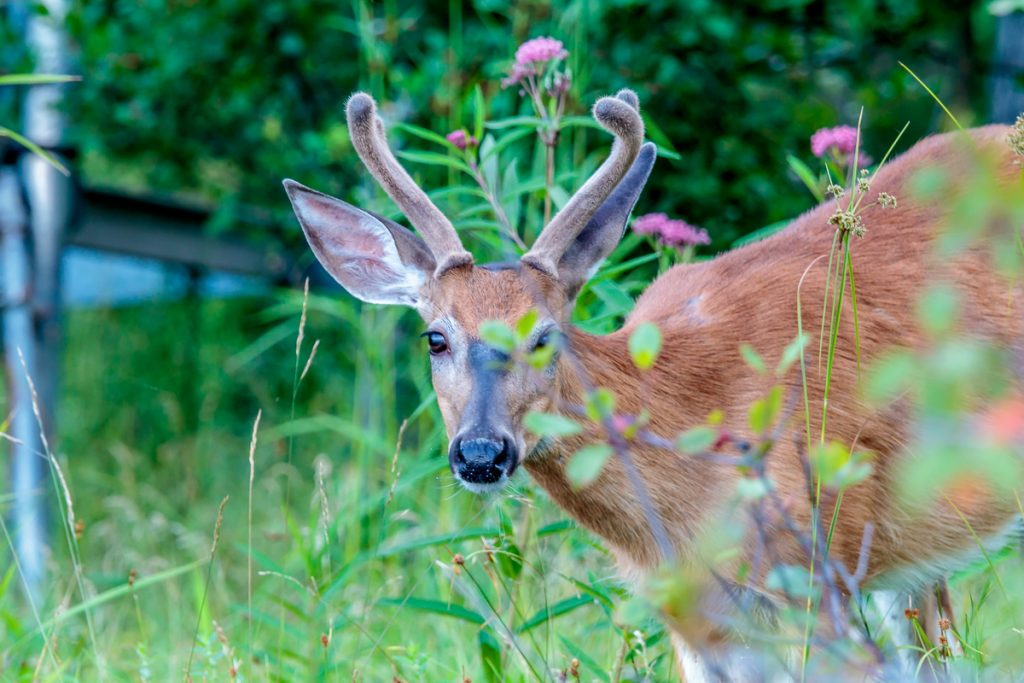 Four-Point Buck in the Velvet Along Lakeshore

Next up was a juvenile bald eagle.  It was perched in the top of a pine tree.  It also certainly knew we were watching, but it was content to watch us, too, posing for our pictures. 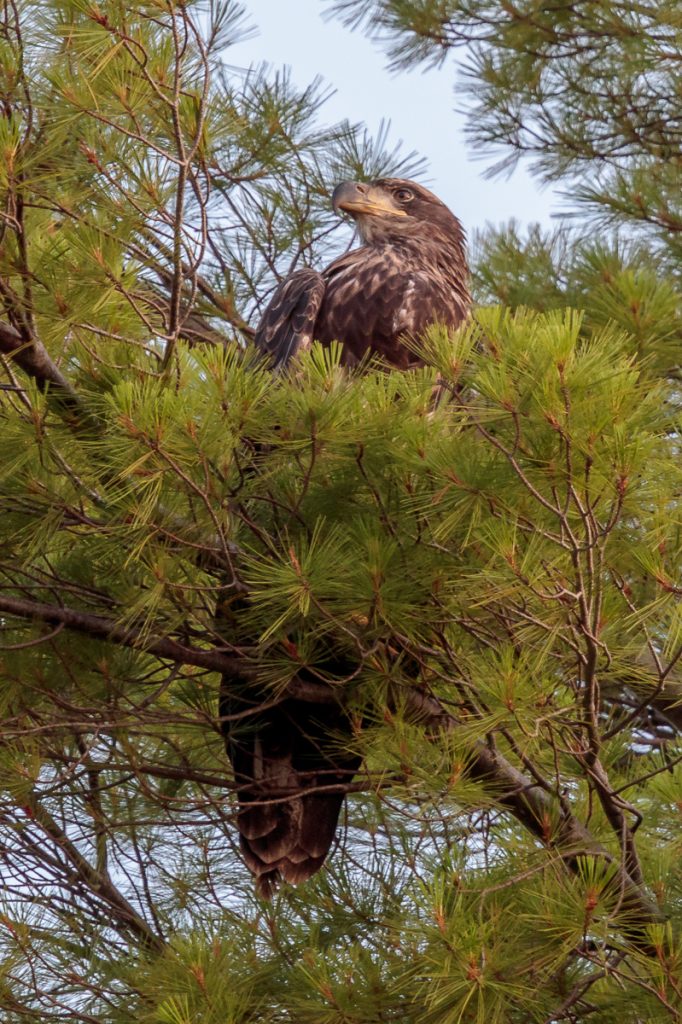 Juvenile Bald Eagle in Tree Along the Shore 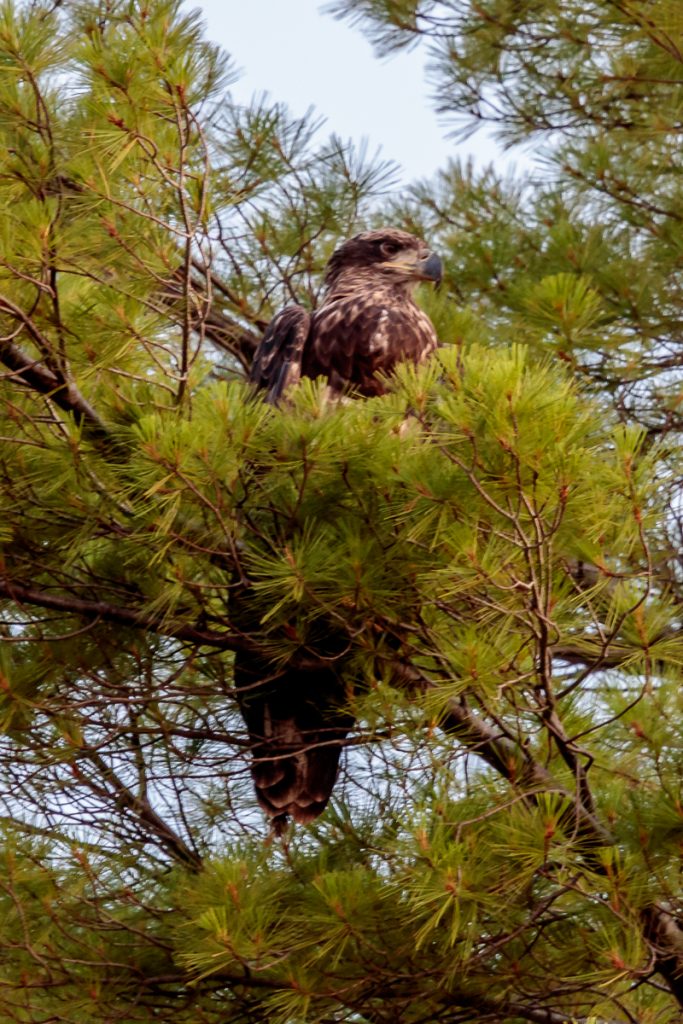 Juvenile Bald Eagle in Tree Along the Shore

We also saw a pair of loons.  At first I thought one of them had a damage leg since it was up in the air at an odd angle.  However, it apparently was just scratching itself because the leg quickly went back under the loon and it swam away. 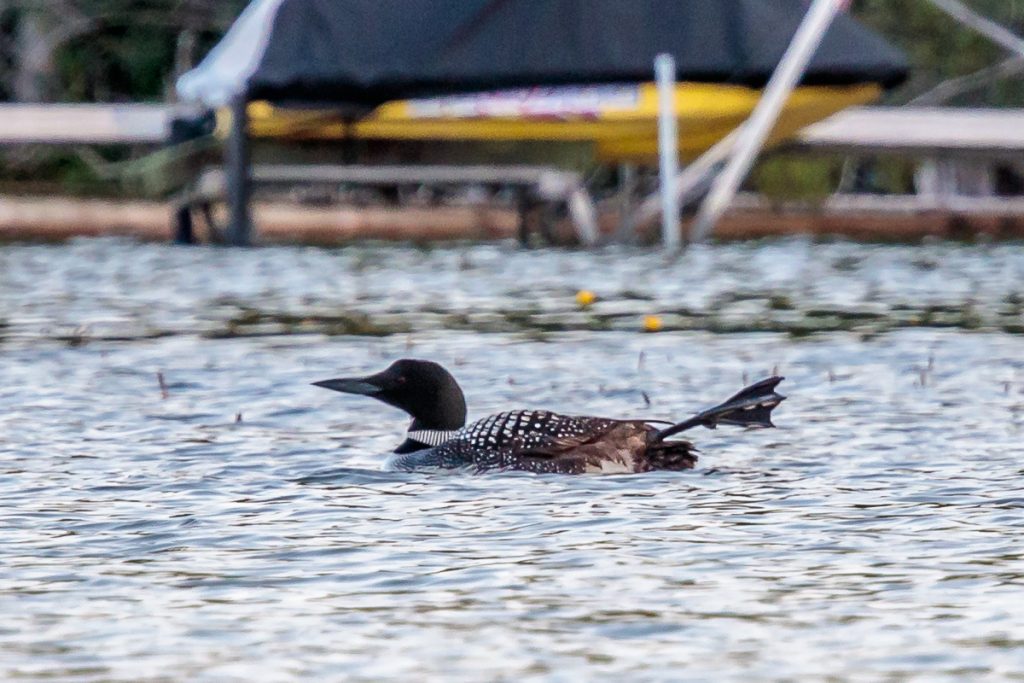 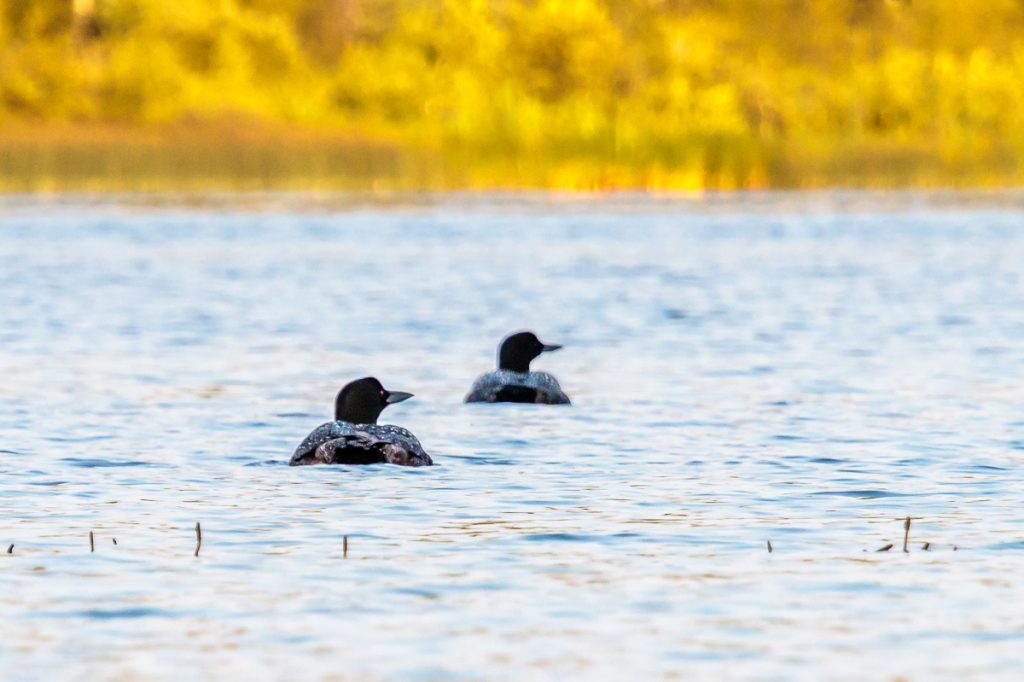 I guess that these damsel flies also count as wildlife, but they are certainly not so uncommon on the lake.  However, this was one of the first times I was able to photograph them. 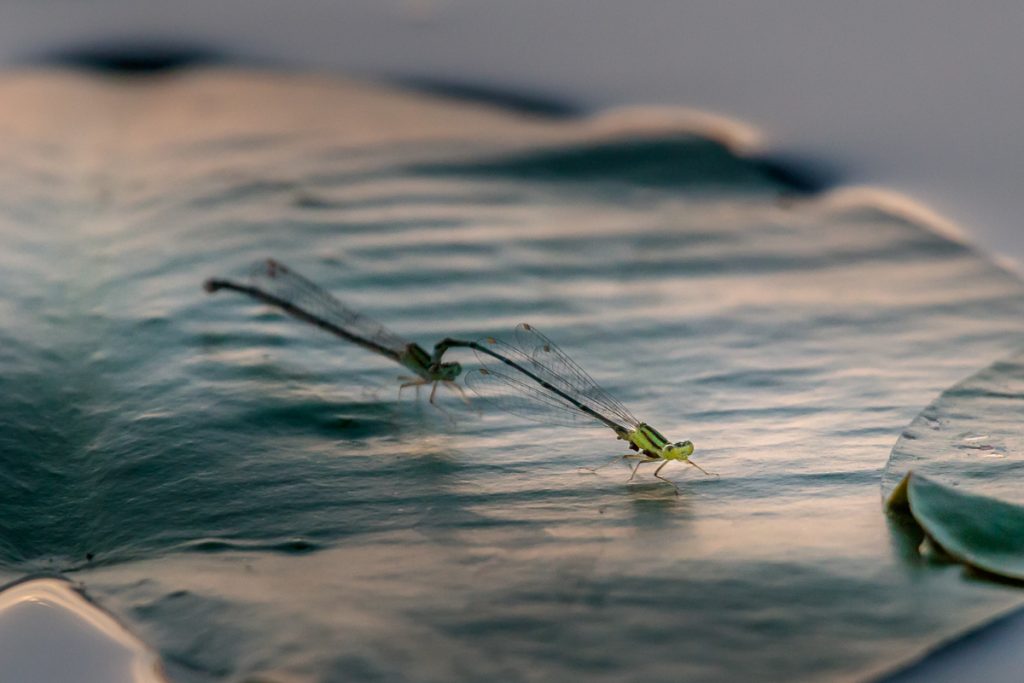 Another interesting sight was where the wind had flipped one of the lily pads up, displaying the underside of the leaf.  The red color stands in sharp contrast to the green on the other side. 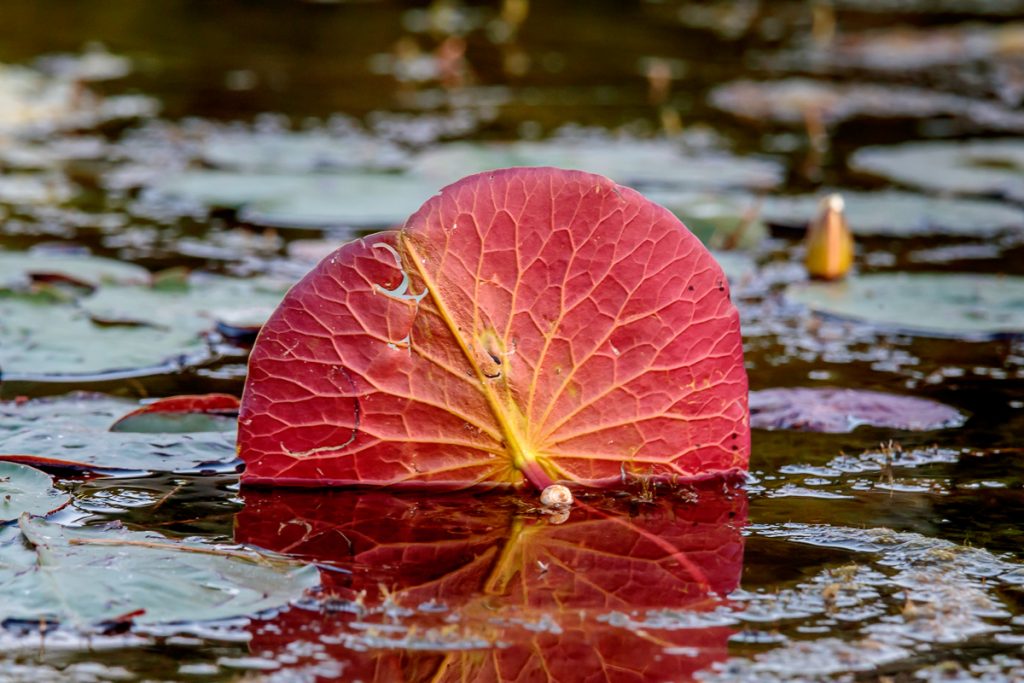 Red Underside of a Lily Pad

Now, for the sunset and full moon. 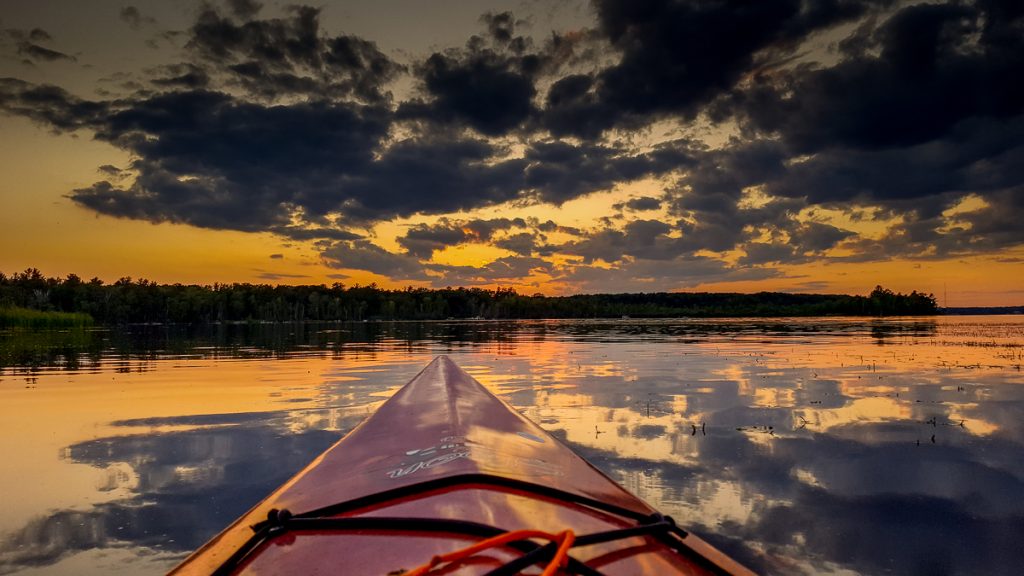 Sunset over the Bow of the Kayak 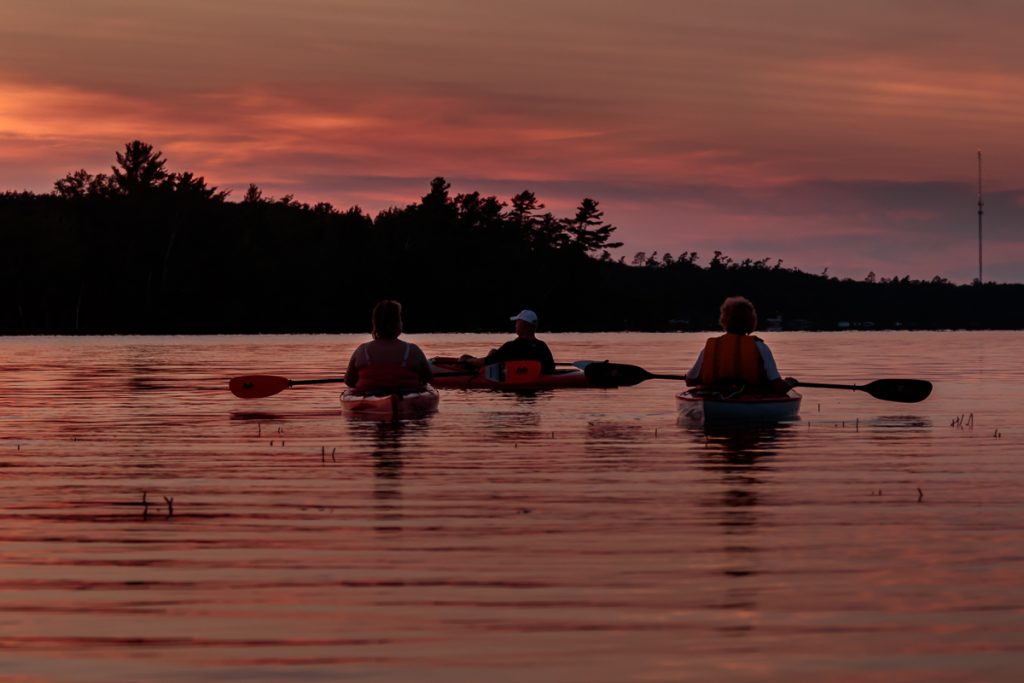 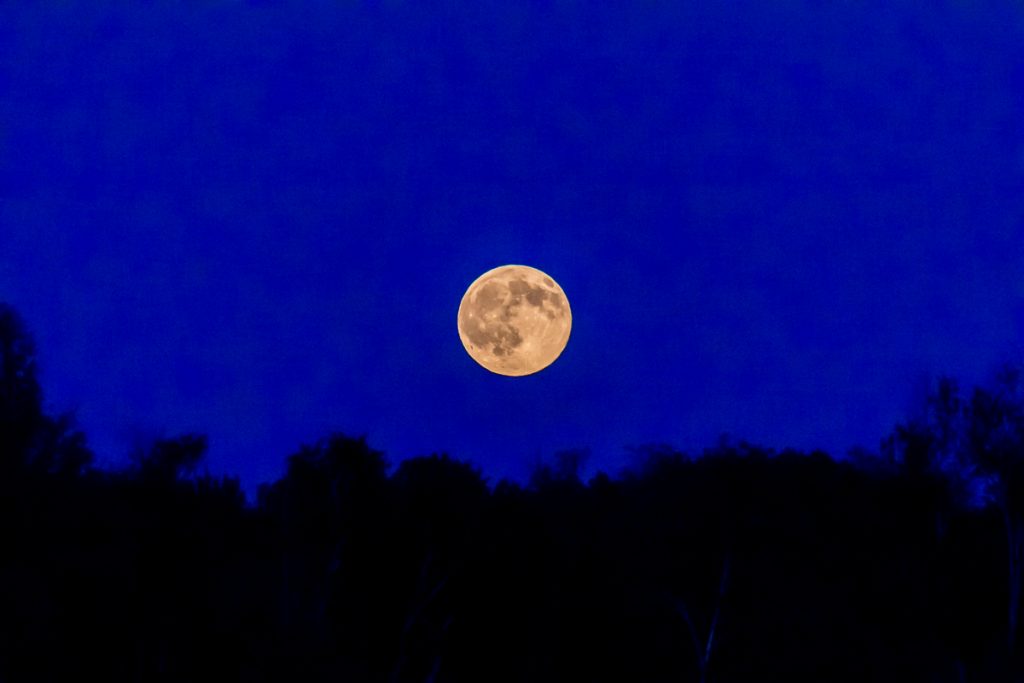 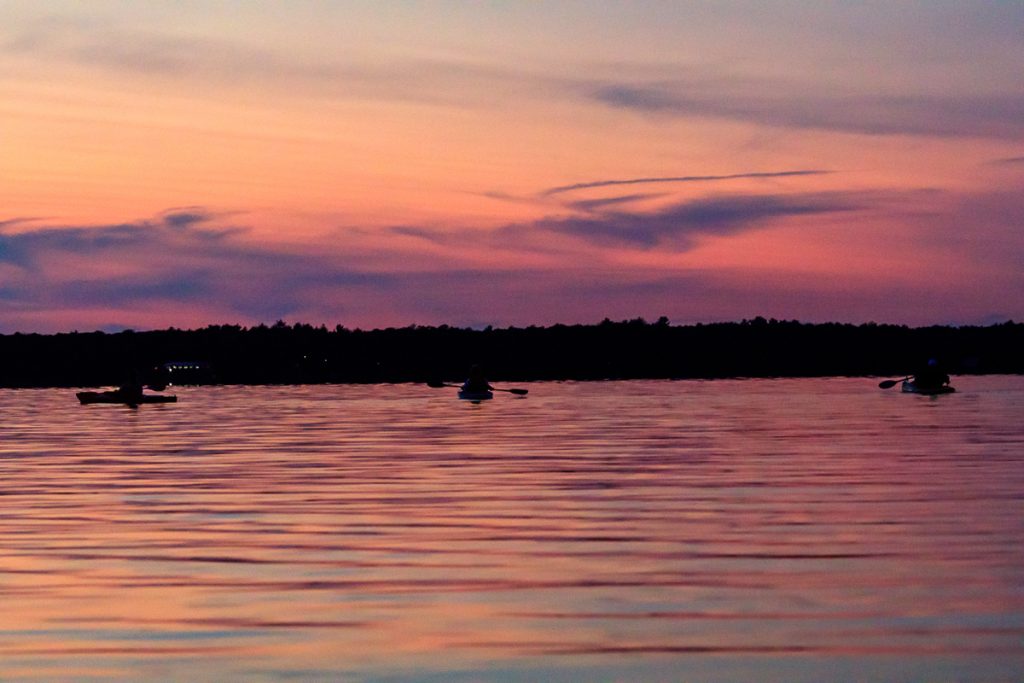 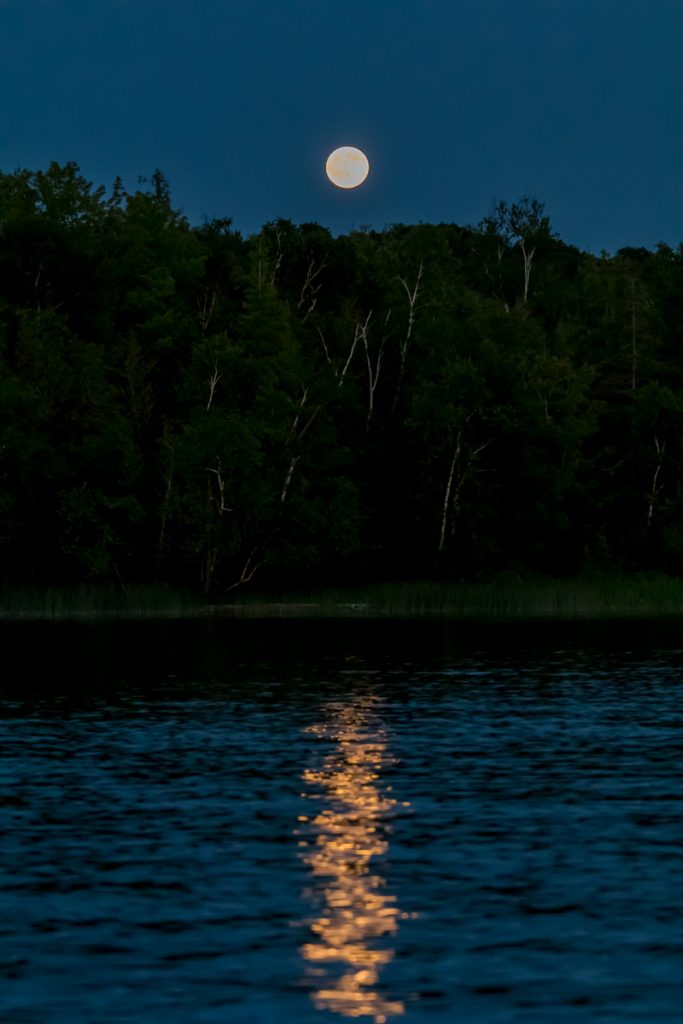 And now for a funny story.  As I was getting my kayak moved from the rack to the water’s edge, I noticed a mouse inside my kayak.  It wasn’t the first time I’ve had a mouse in there, so I just flipped the kayak up and tried to chase it out.  Well, before I was finished, I had removed one dead mouse and 3 other mice.  Quite a family had taken up residence in my kayak.  Finally rid of the mice, we headed out onto the water.  Just as we were returning, I felt something run up my pant leg, yes, another mouse.  It hopped up onto the top of the kayak and sprinted for the bow.  It stood there looking over the water.  Finally, it jumped into the water and started swimming for shore. 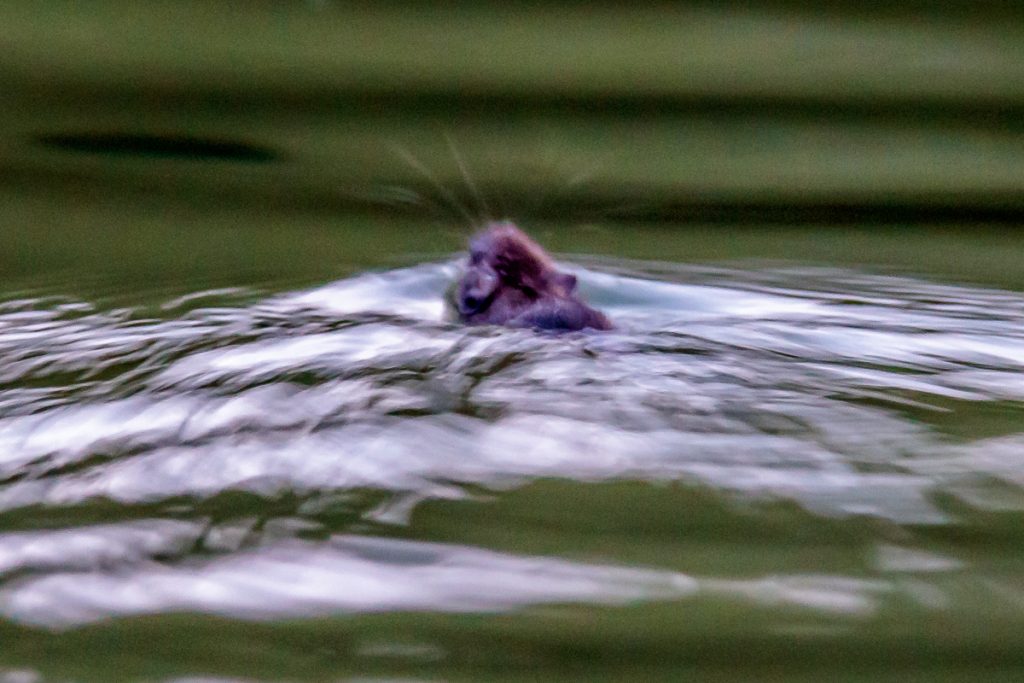 Not a great shot of a swimming mouse, but it was getting quite dark and this was the best I could do.

So, these kayak adventures were a wonderful way to bring the days to a close.  I look forward to many more adventures on the lake and hope that your weekend is full of wonderful adventure, too.