Jane, our neighbor across the lake, has been taking photos of the loons the last week or so.  As some of you know, Mamma Loon had been on the nest at the south end of the lake.  Well, it looks like her efforts paid off.  This was taken about 6/21. 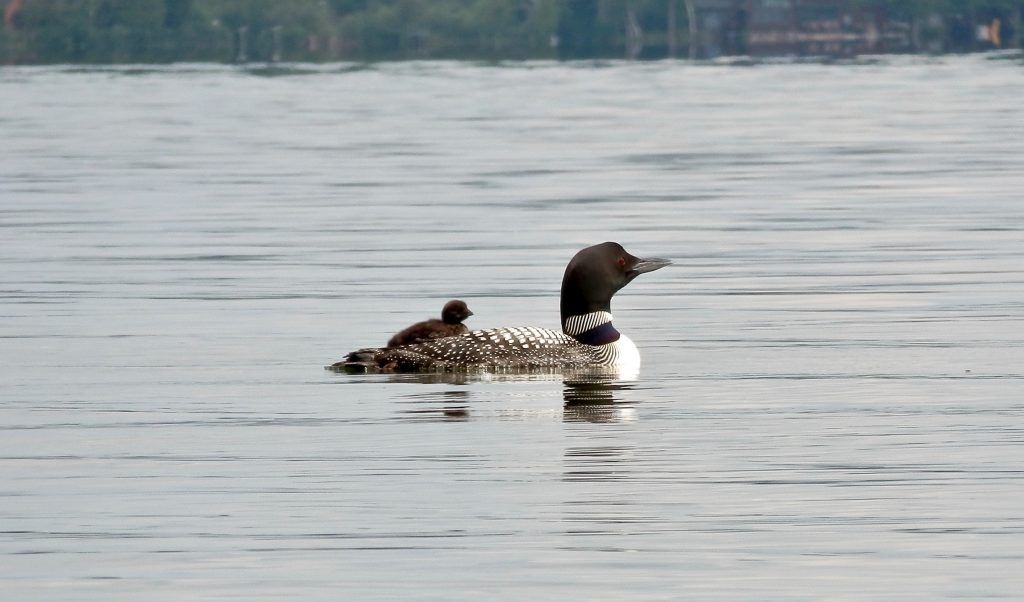 The next day while near the north end of the lake, she saw another Mamma, this one with twins. 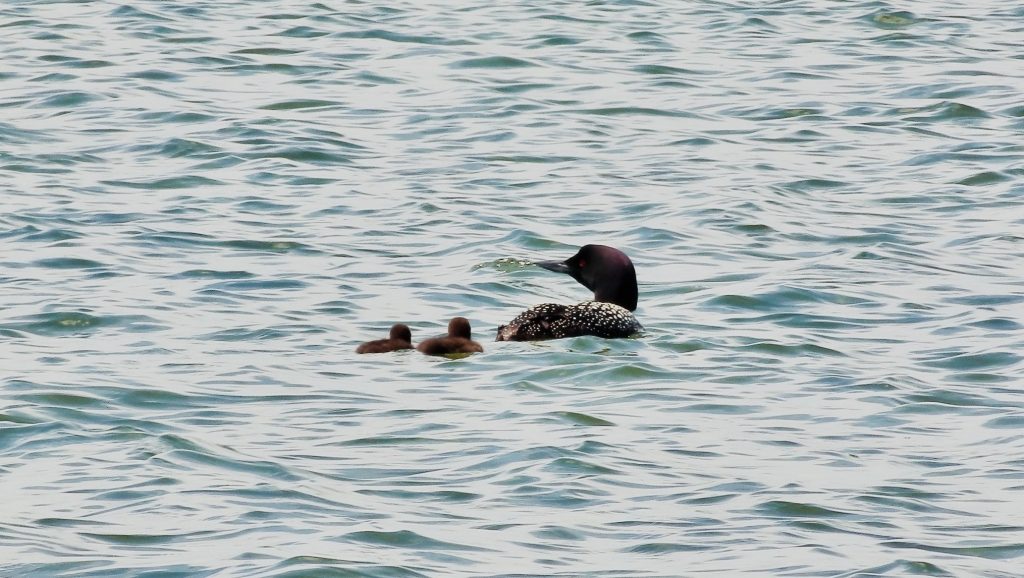 Mamma Loon from North end of Lake with TWINS!

And about a week later, saw the southern Mamma and baby again.  Look how much baby has grown. 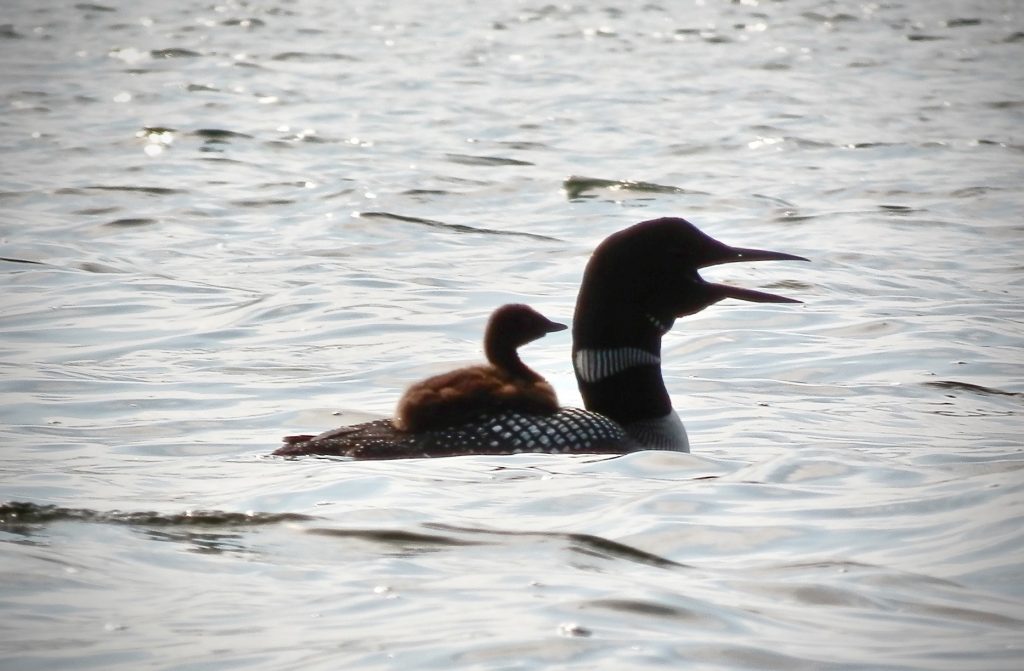 I plan to be up next week and hope to see the babies myself.  I would love to see them hitching a ride on Mamma back.

This entry was posted in Orchestra Camp Colony and tagged Loons.