The lake was as smooth as glass Sunday morning.  The kayaking was easy.  Other than a couple water skiers and a slow pontoon boat, I had the lake to myself.  And, as usual, there were several treats waiting for me.

I was just getting started and not expecting to see anything so quickly.  However, this heron was sitting on a branch and posed long enough for a single photo before flying back toward the north. 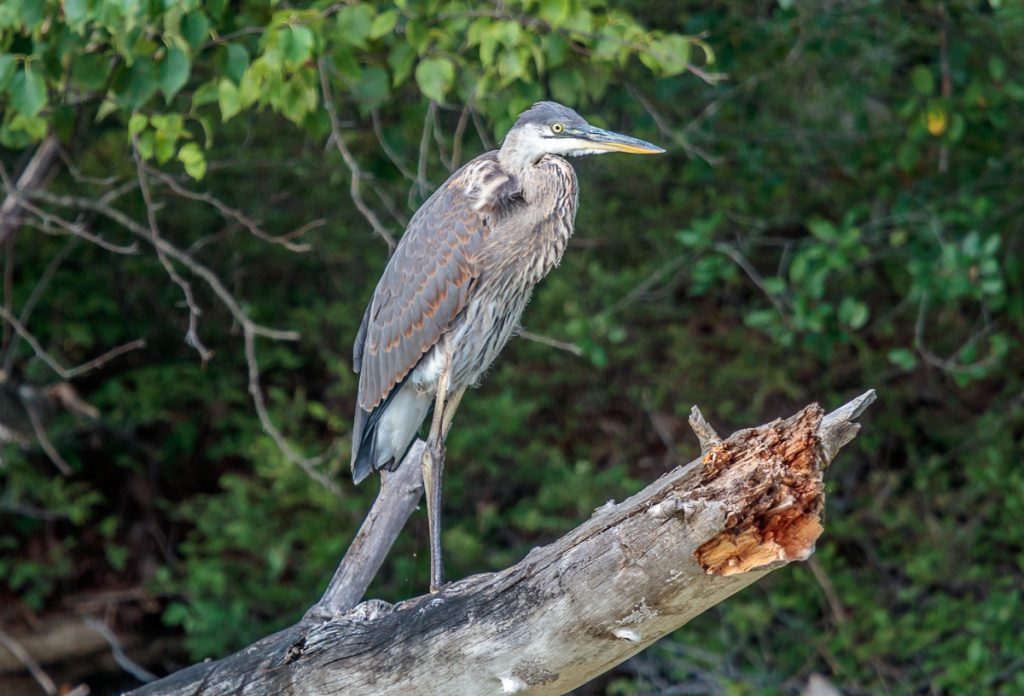 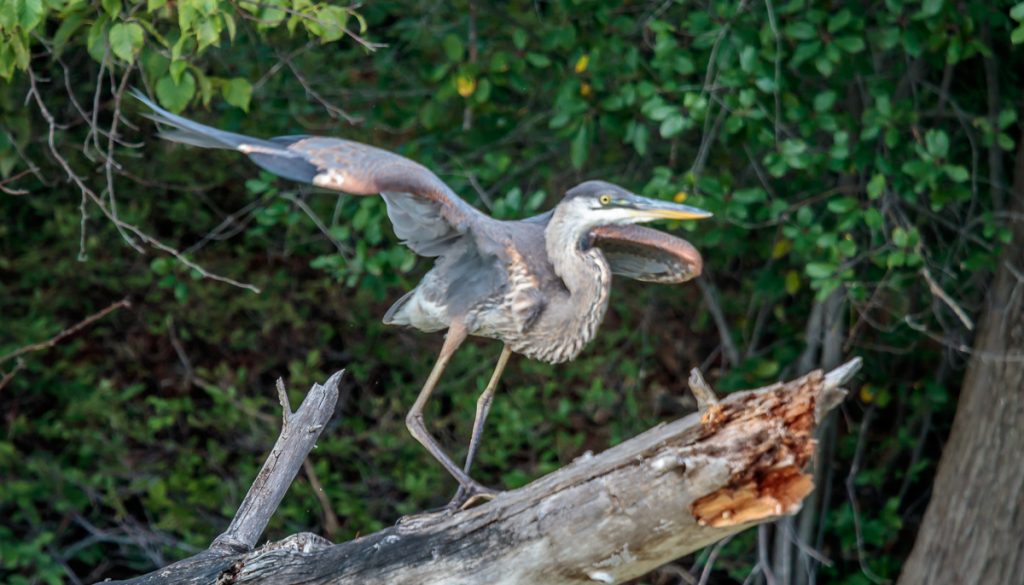 I also saw a young green heron a bit further south on the lake.  I might have missed it completely, but it flew up from the water’s edge into the tree, catching my eye.  It was hard to spot even though I had seen it land there. 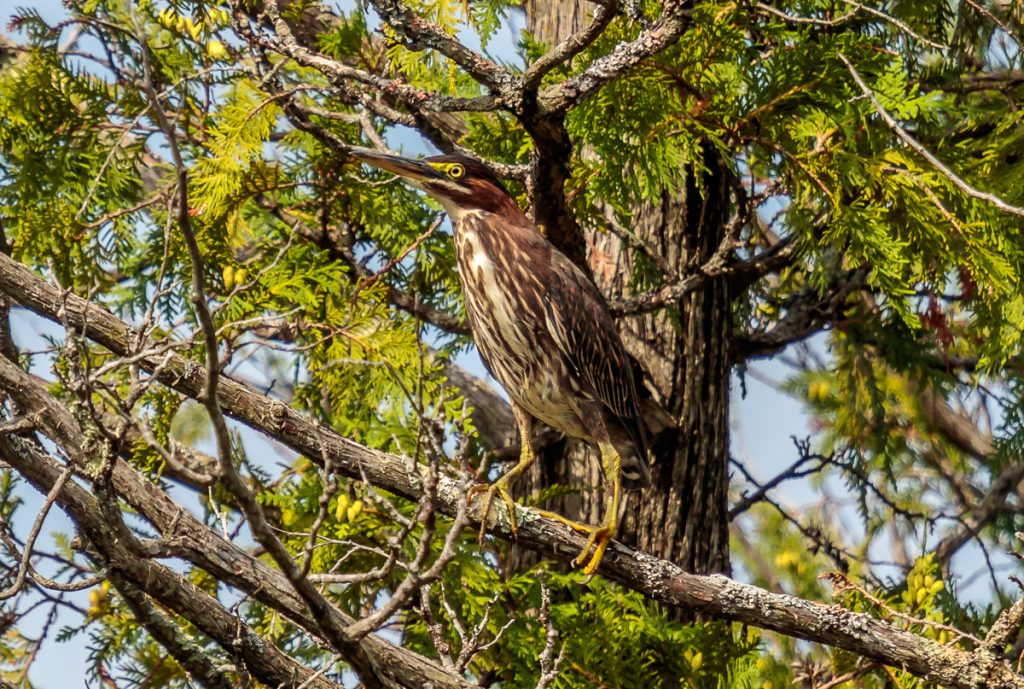 At the south end of the lake near Horton Creek, there was a second great blue heron that took flight as I came around the corner. 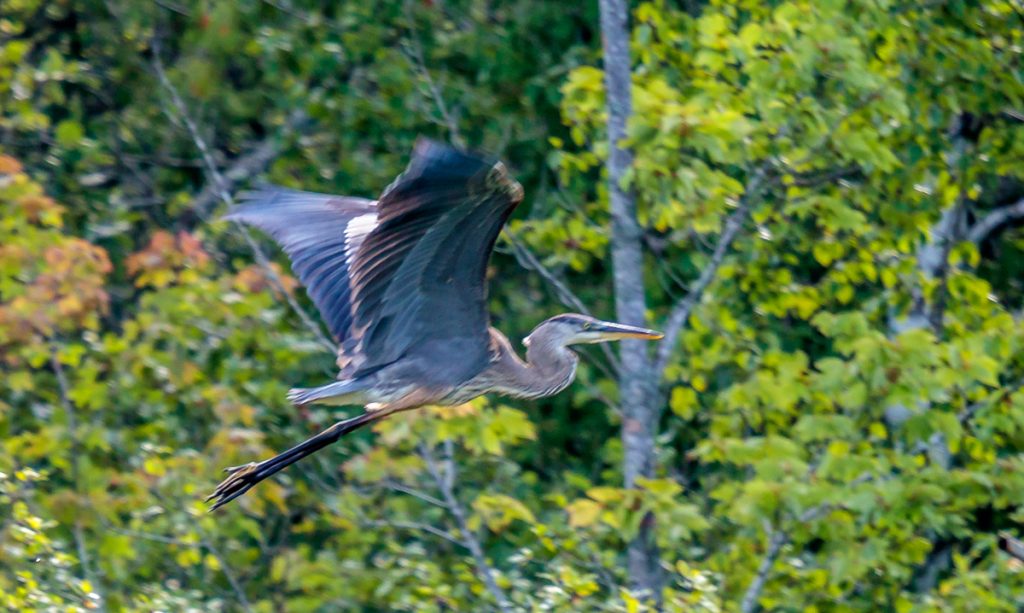 Another Great Blue Heron in Flight

On the eastern side of the lake, there is a place where you can see the sun coming through the trees.  I’ve always enjoyed looking at this place and decided to get a photo. 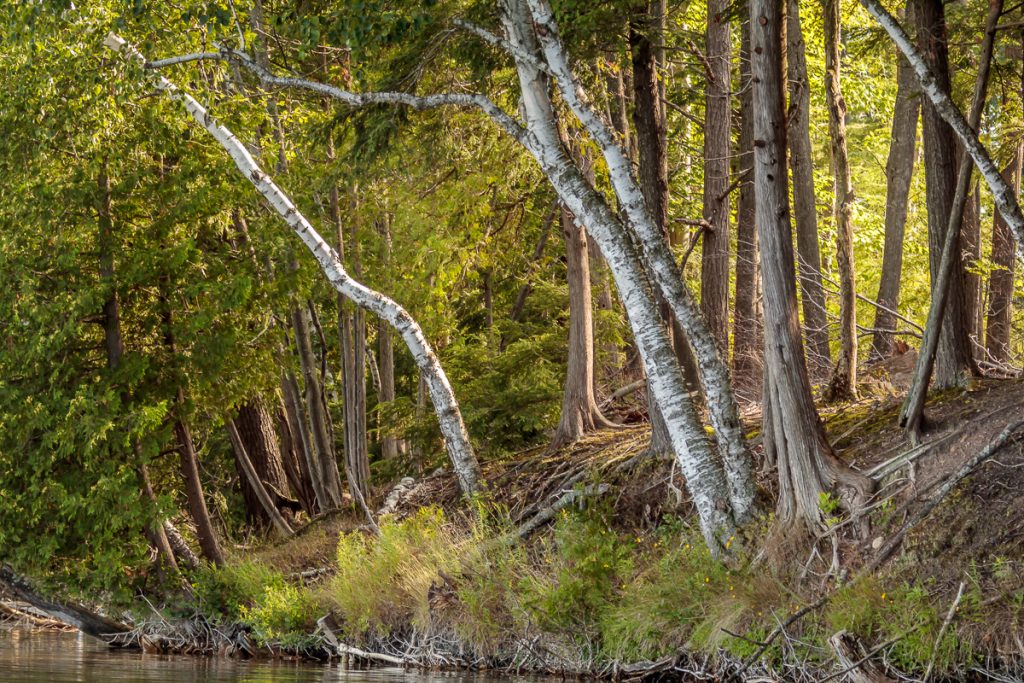 Sun Coming Through Trees on Shoreline

There were a few turtles sunning themselves at the point with all the logs in the water.  There was one very large turtle and several smaller turtles.  The photos didn’t turn out, but I was glad to see some turtles.

As I turned the corner, I saw several Canada Geese on the far eastern shore.  As I paddled closer, they got nervous and flew off, but not without me getting a few photos.

Canada Geese in the Air

There were also the usual shore birds, kingfishers, and terns, but they didn’t pose so nicely for me that morning.  Another day.

Enjoy these beautiful days of August!