Continuing our walk through Siena, we come upon the Loggia della Mercanzia. 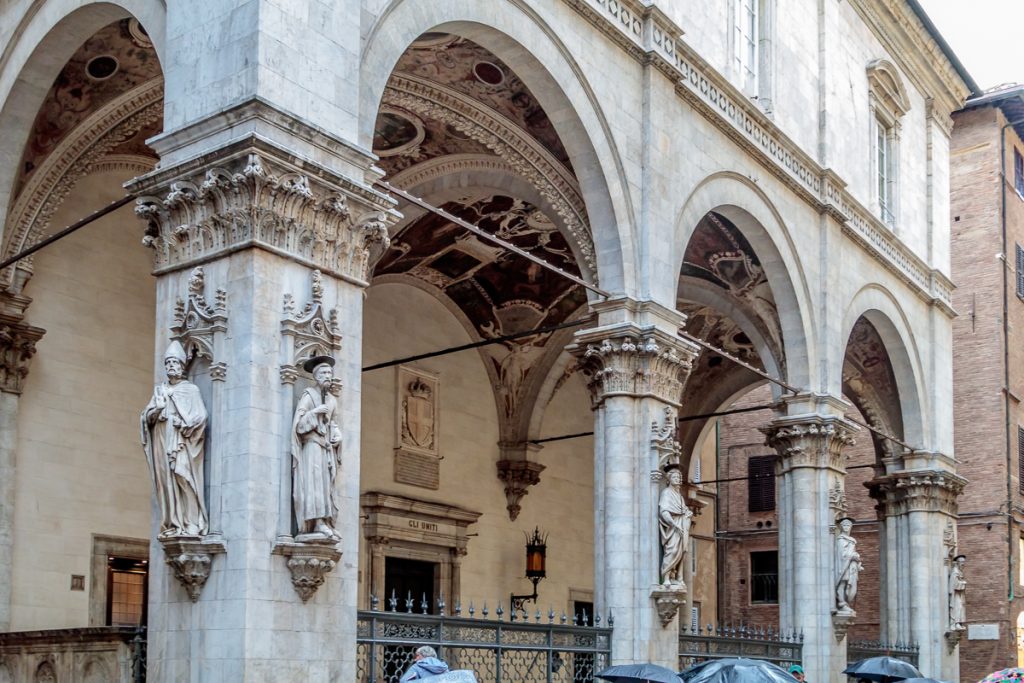 Loggia della Mercanzia ( Lodge of the Merchants), a meeting place for Siena’s merchants and money lenders and an early form of stock exchange, was built between 1417 and 1428.  The statues on the external loggia pillars depict St. Peter and St. Paul; the other three statues represent three of the four ancient patron saints of the city, San Savino , Sant’Ansano and San Vittore.  The statues were added in the 1450s and 1460s. 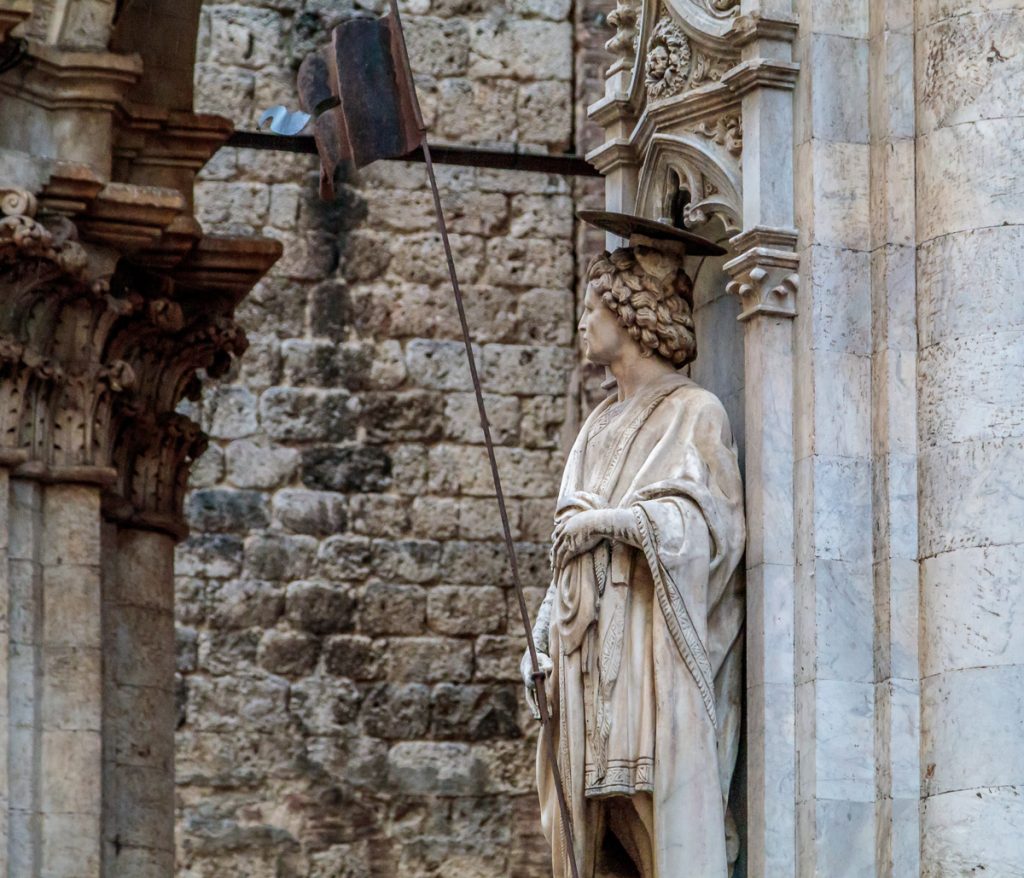 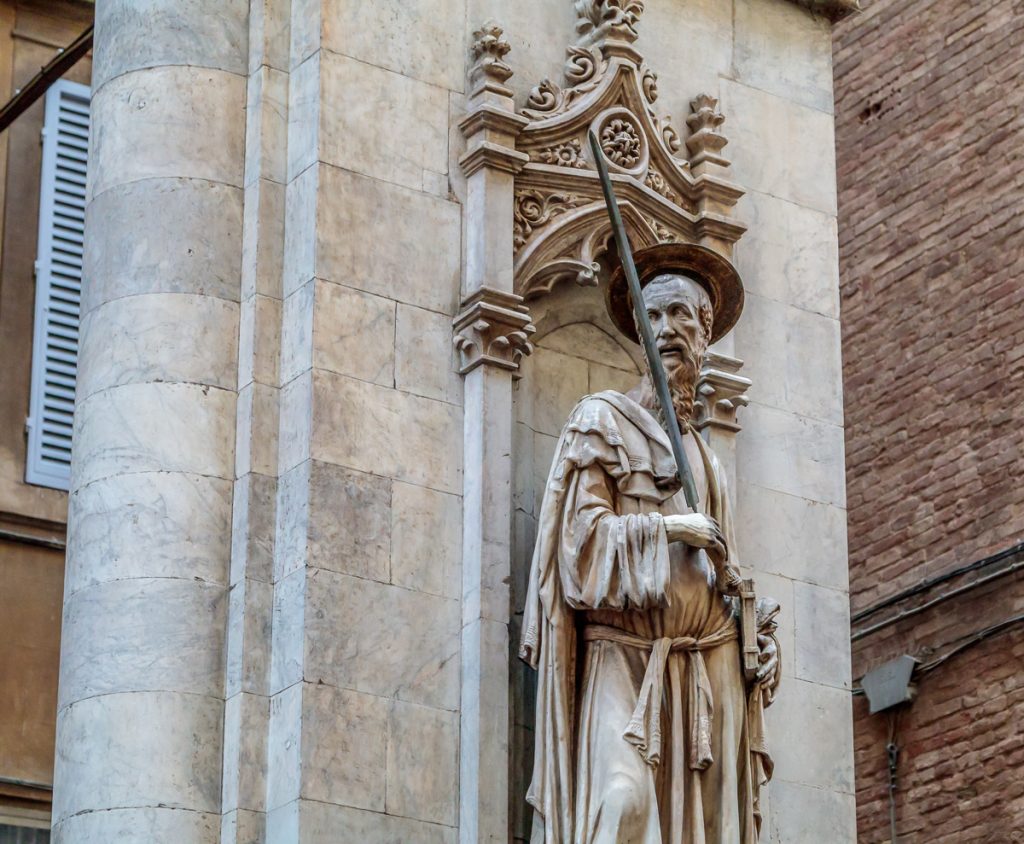 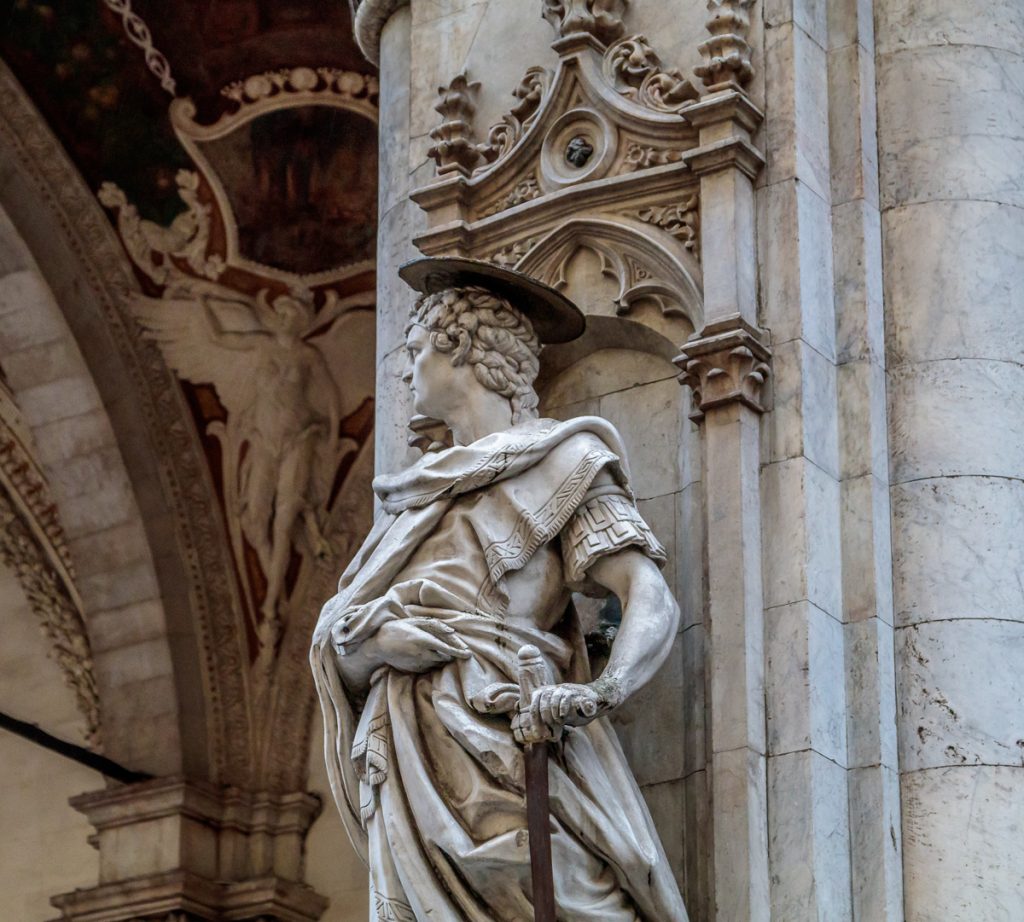 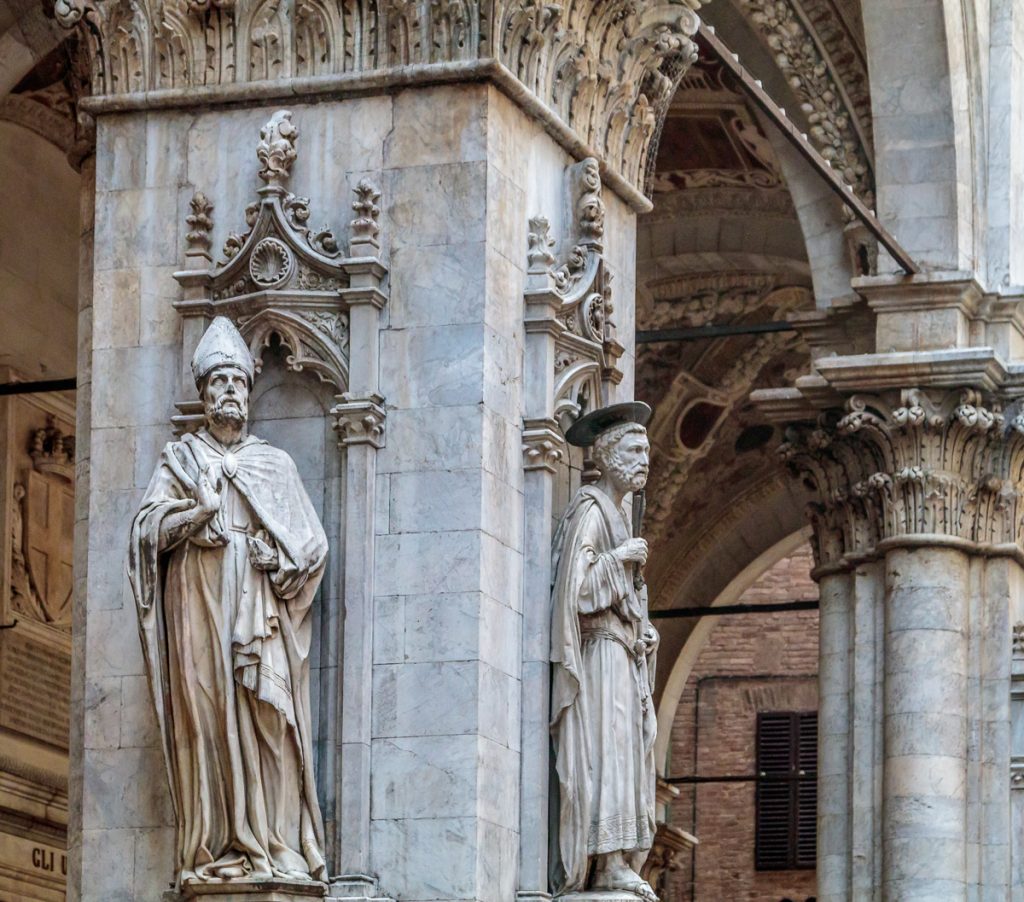 A view up a short pedestrian street. 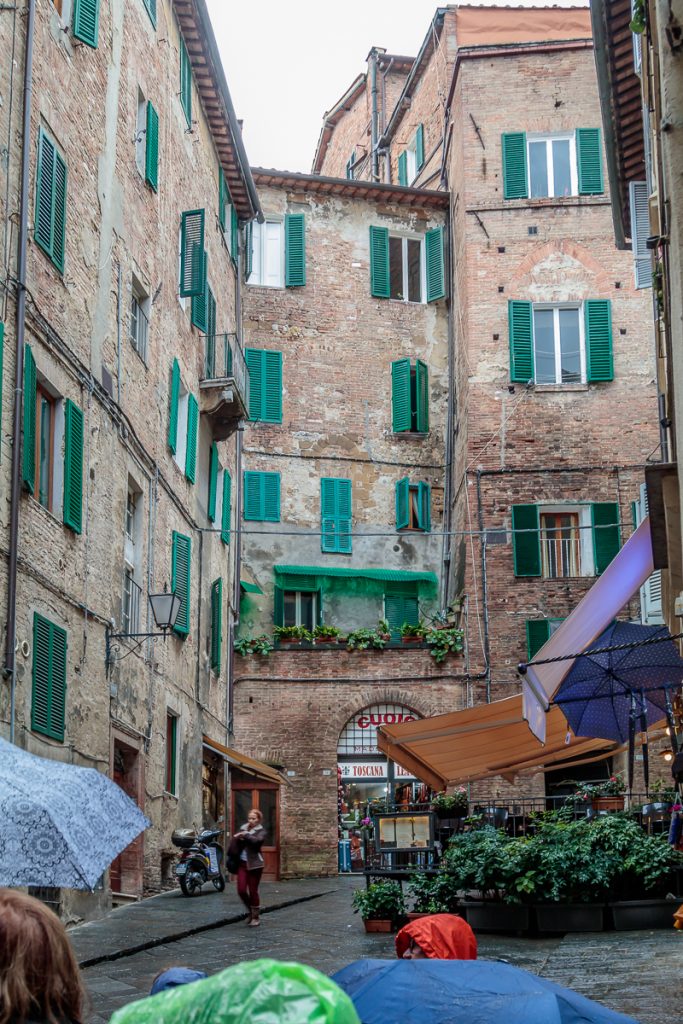 We took a short stop under an archway to get out of the rain for a few minutes at Palazzo Chigi Saracini. 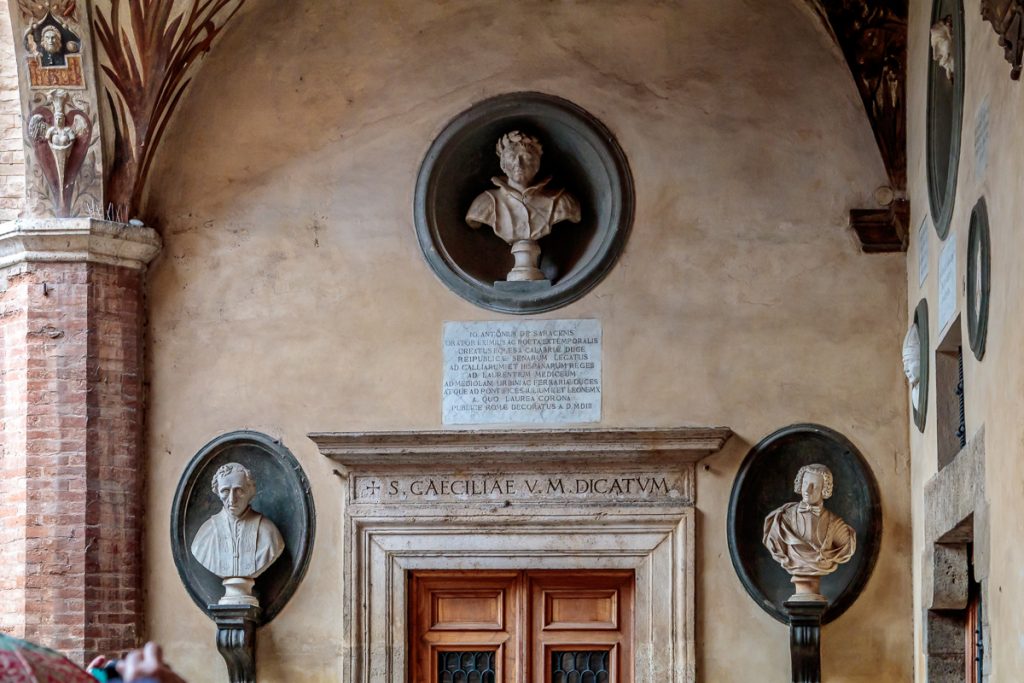 Protected under the arch at Palazzo Chigi Saracini

Palazzo Chigi Saracini was built by the Marescotti family in the 12th century.  It now houses the Accademia Musicale Chigia (Chigia Music Academy).  It has a wonderful courtyard. 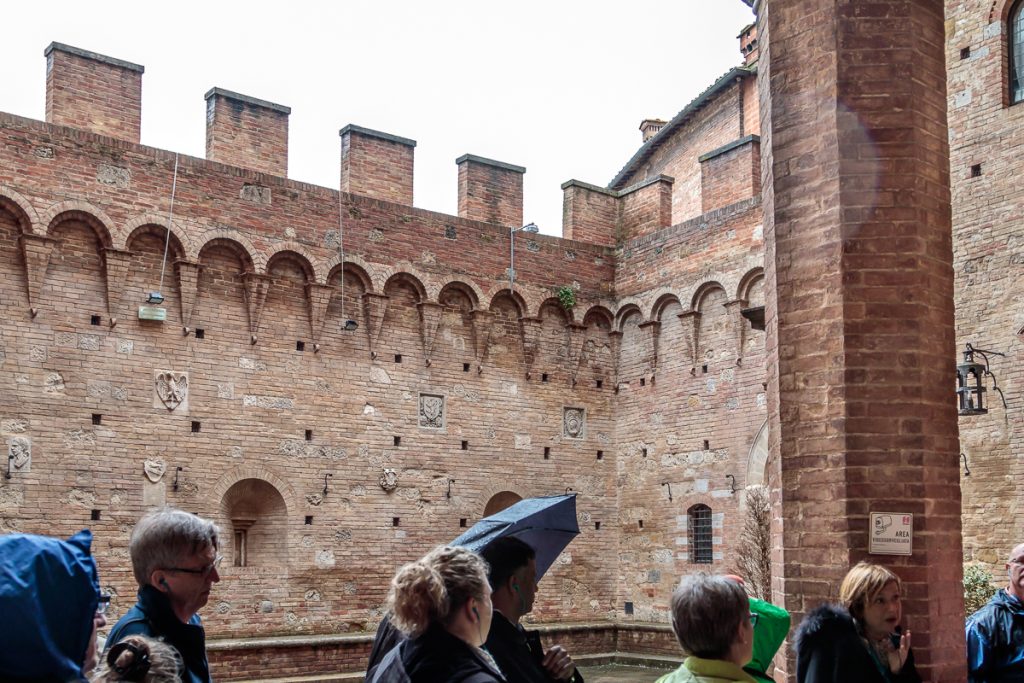 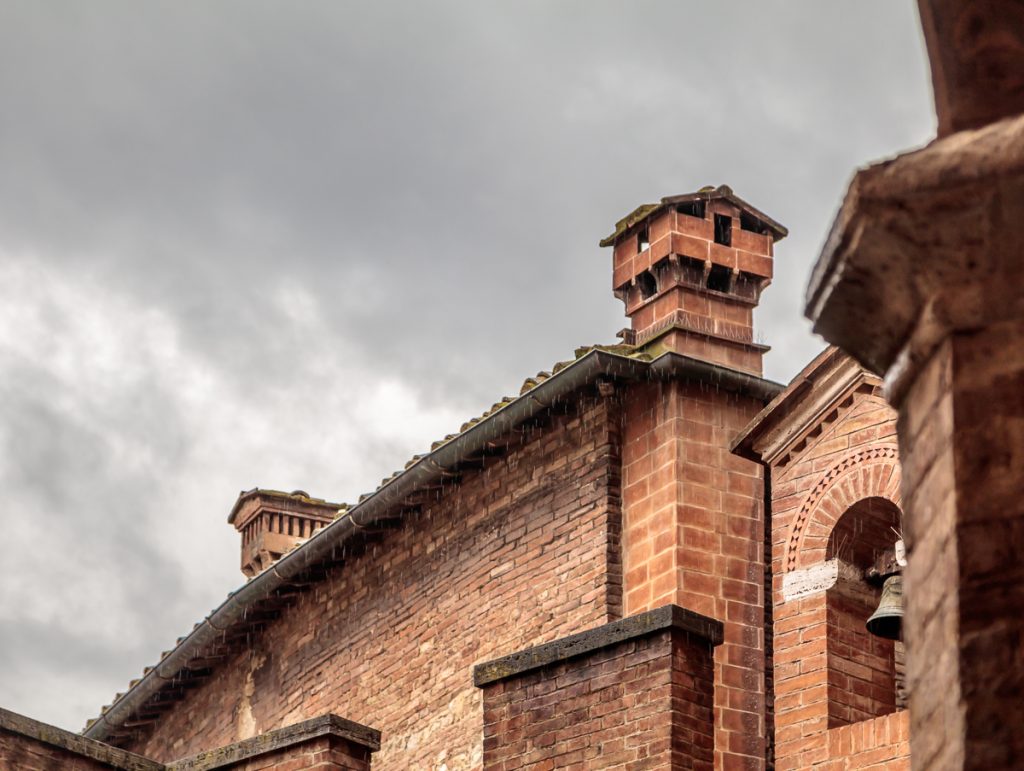 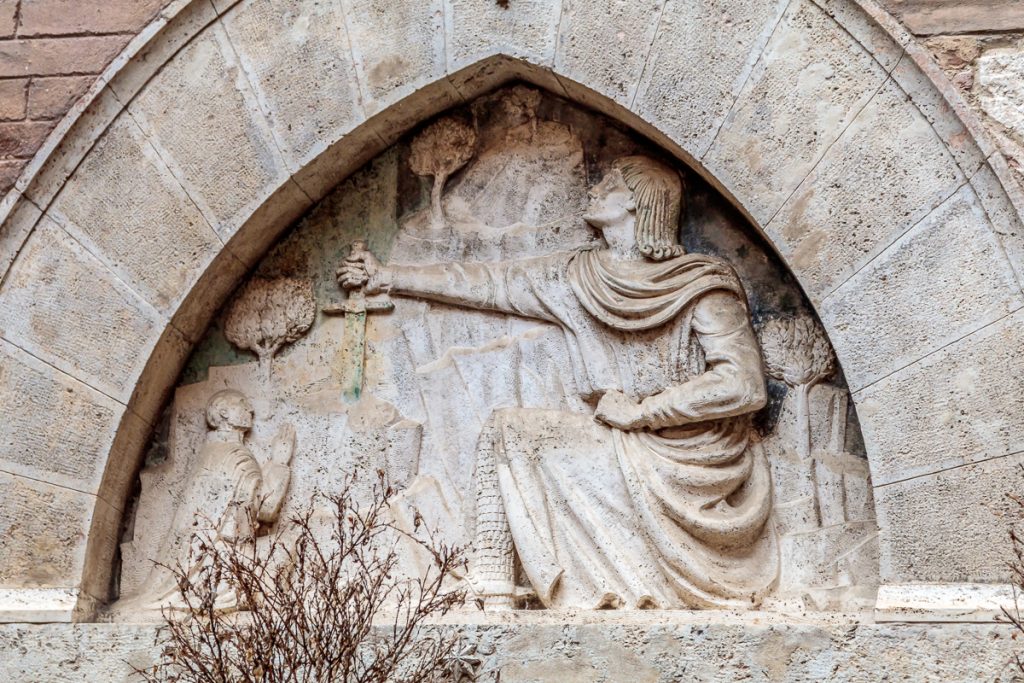 The courtyard contained this old well.  It is inscribed “Micat in Vertice”, the motto of the Chigi family which translates from Latin into English as “Shines on top”, but is translated by the music academy as “uplifts the spirit”. 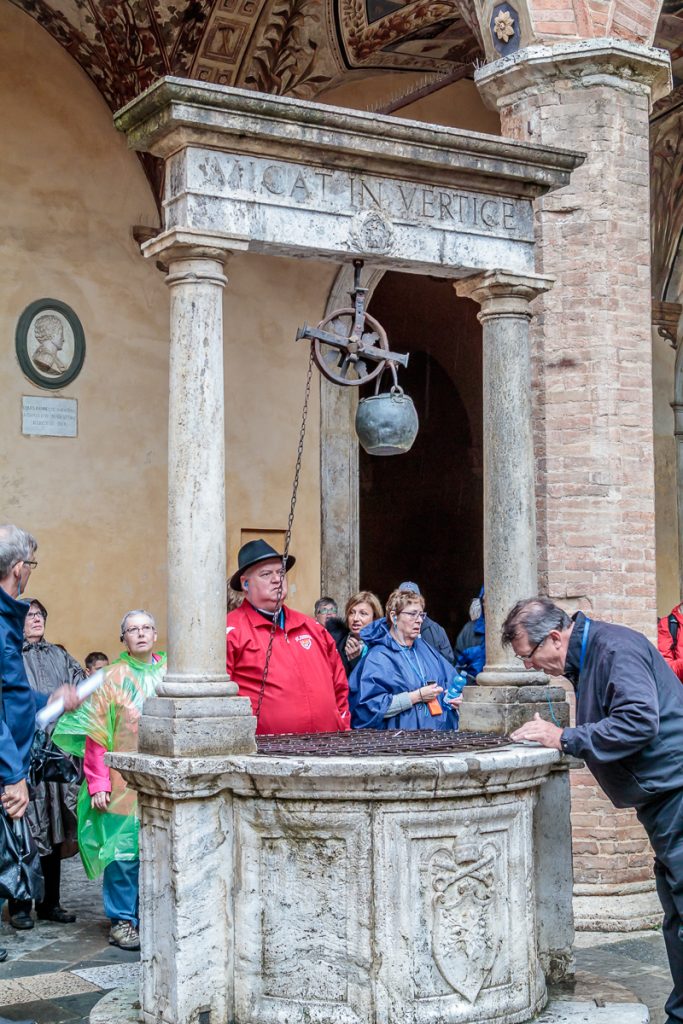 The arch has a beautiful ceiling. 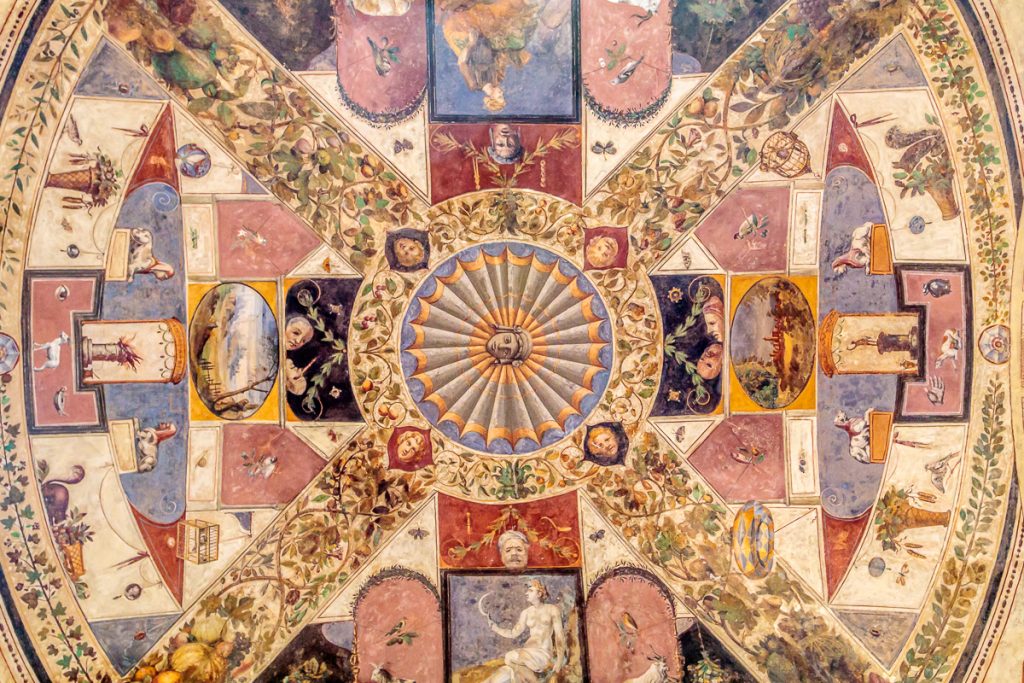 I loved the many ornamental iron work on the buildings.  If you recall from an earlier post, these rings were once used to tie up horses. 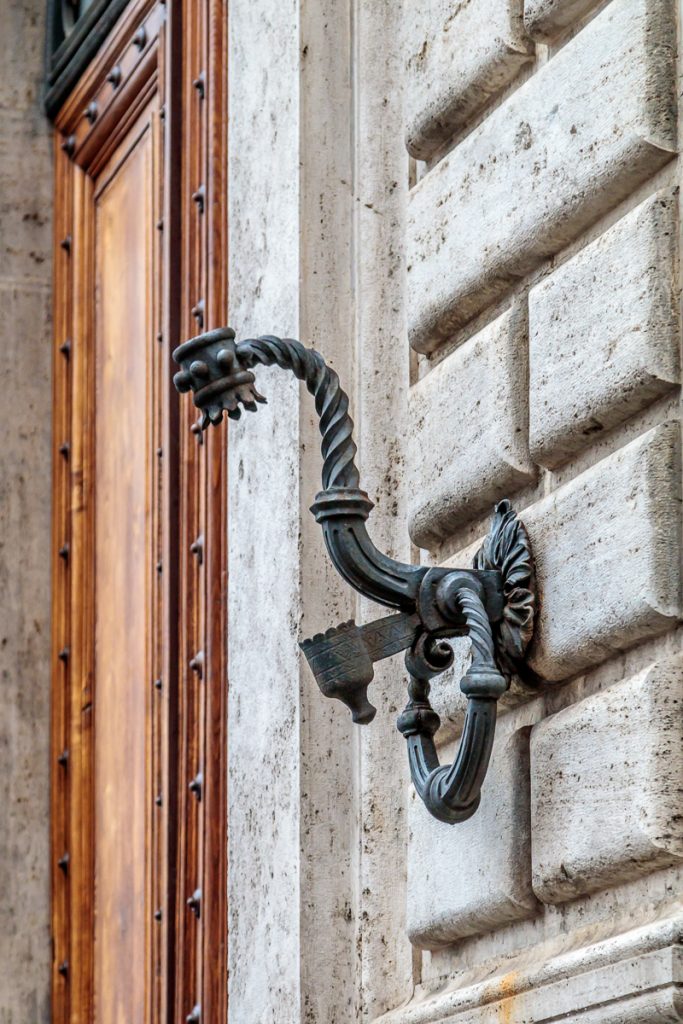 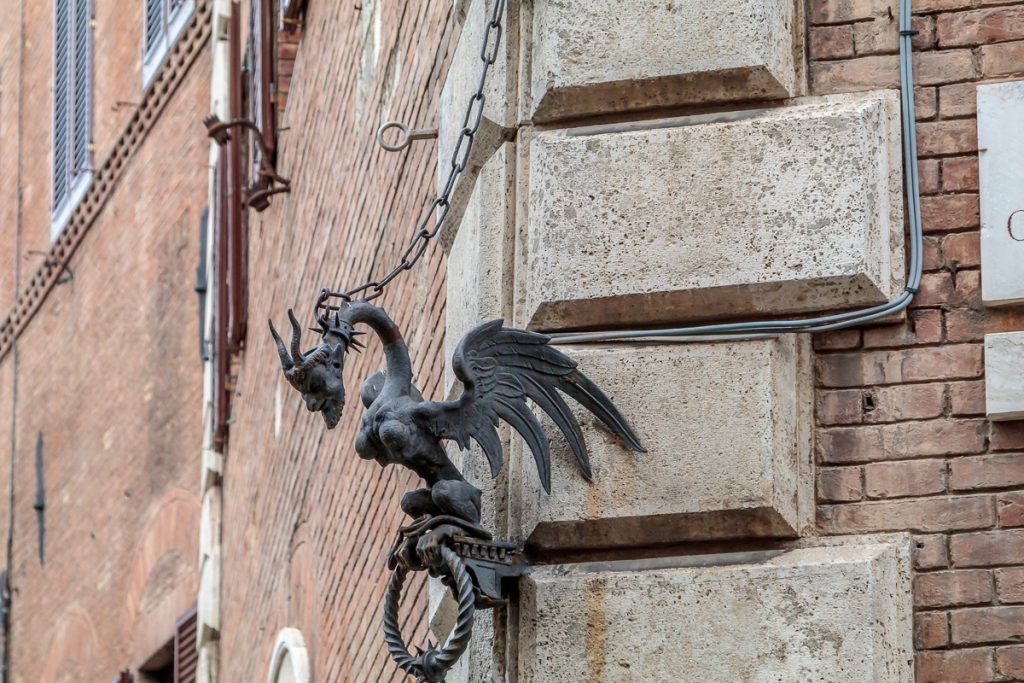 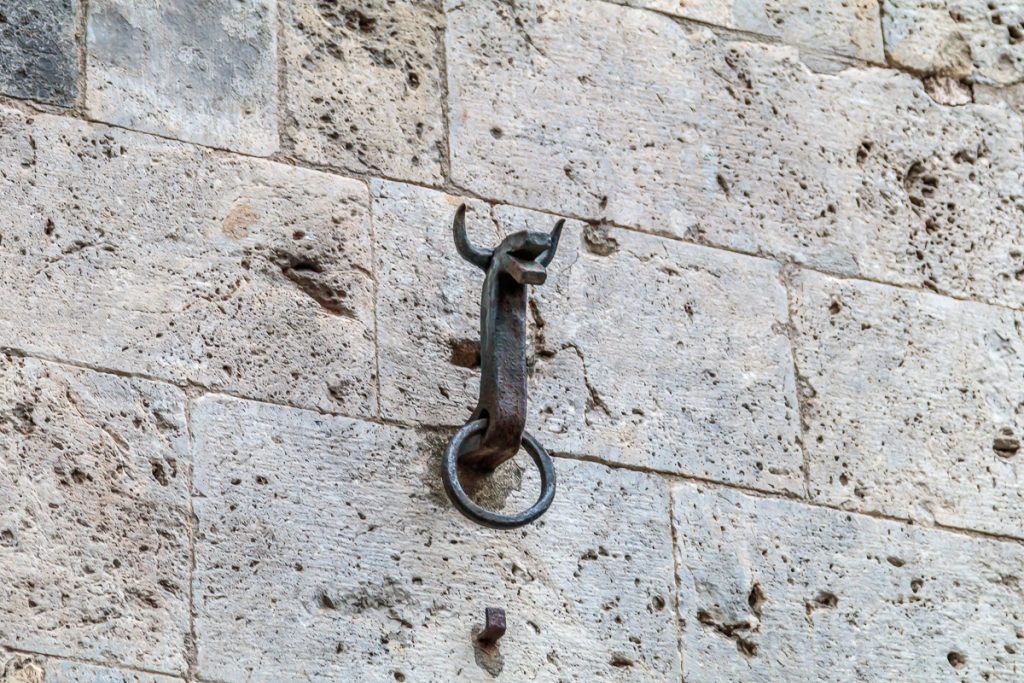 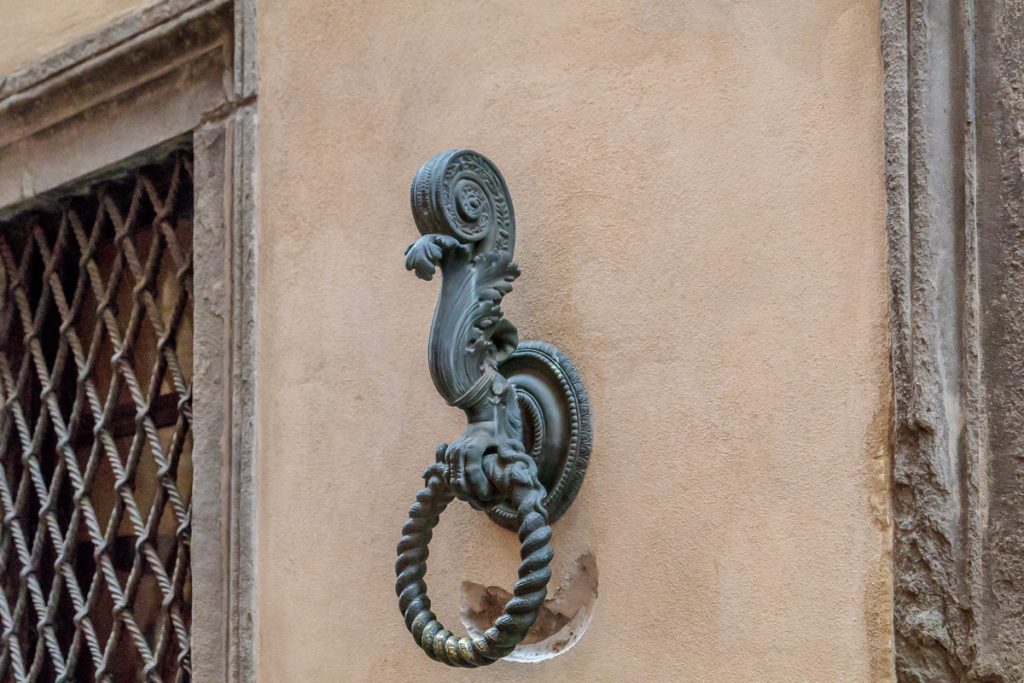 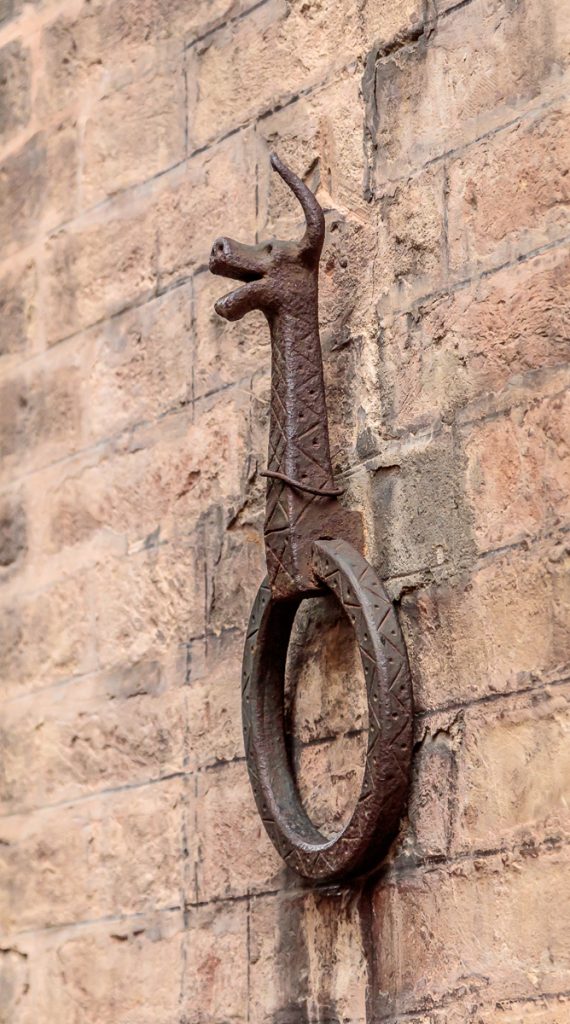 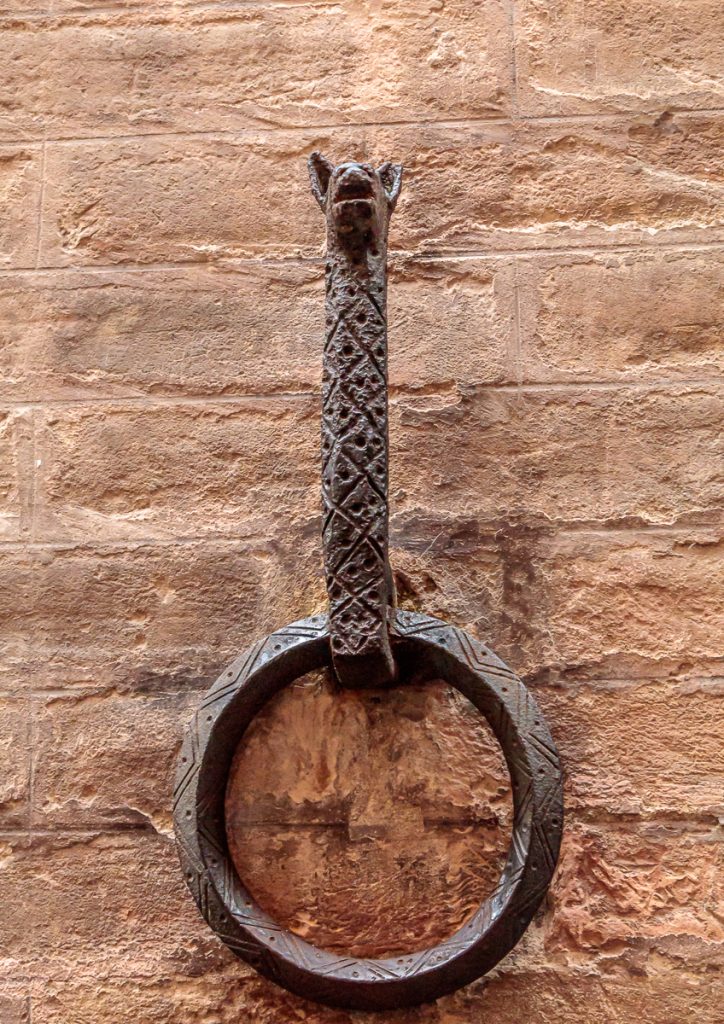 I don’t know how you could reach these rings at the top of a second story window.  They must have had very tall horses years ago. 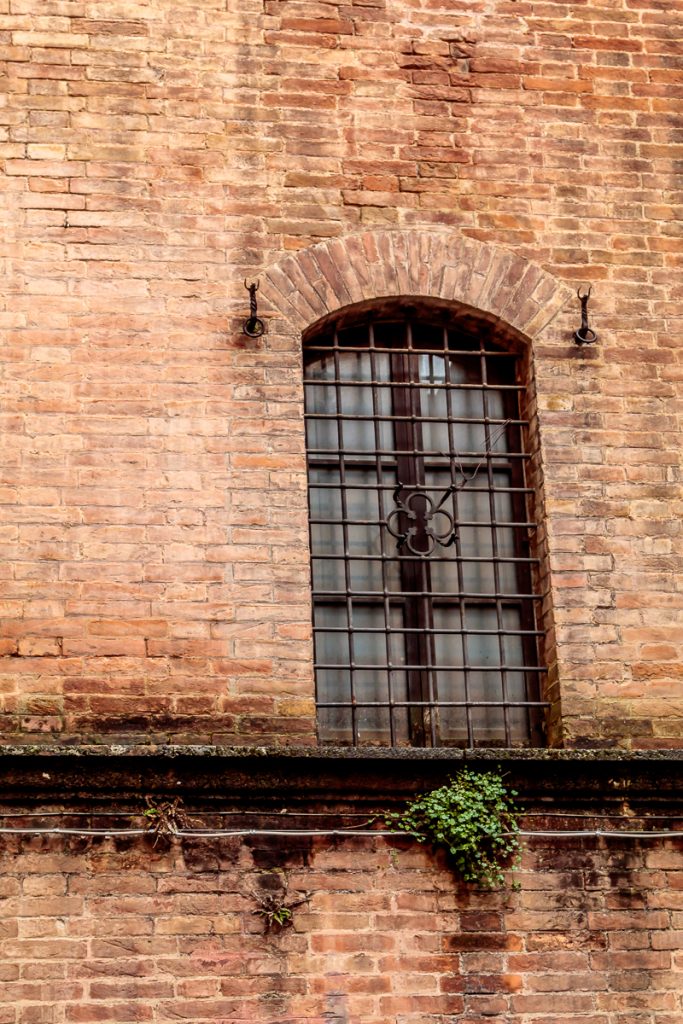 Next post we will tour the Duomo of Siena.

This entry was posted in Travel and tagged Italy, Siena, Street.