The Cattedrale Metropolitana di Santa Maria Assunta (Metropolitan Cathedral of Saint Mary of the Assumption) was originally designed and completed between 1215 and 1263 on the site of an earlier structure. 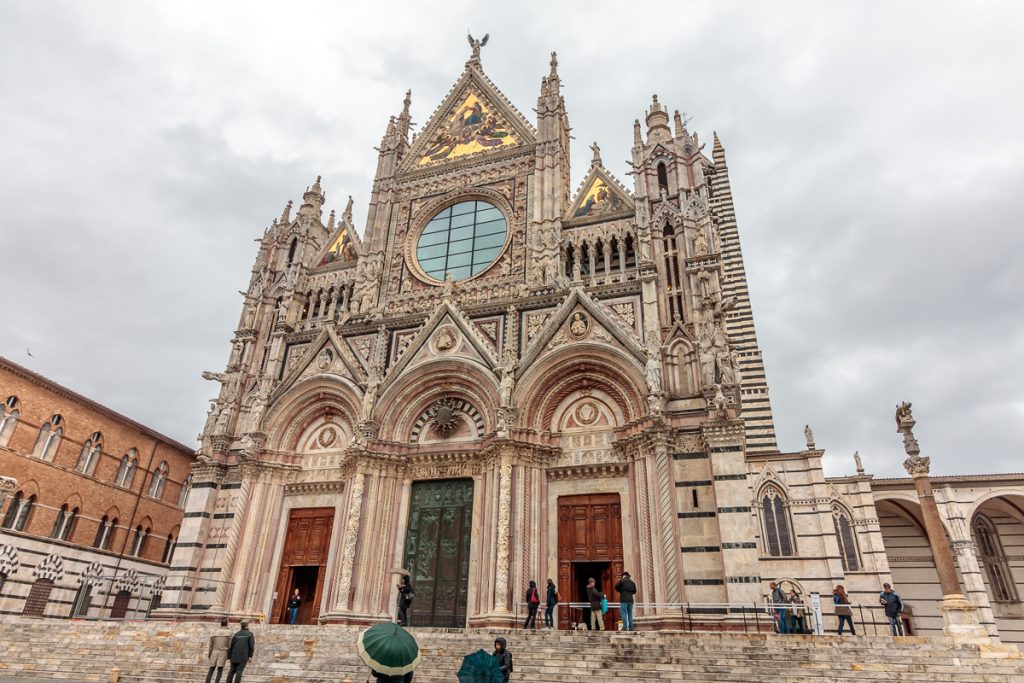 The exterior and interior are constructed of white and greenish-black marble in alternating stripes, with addition of red marble on the façade. Black and which are the symbolic colors of Siena.  You can look at this duomo either as a whole, as in the photo above, or by looking more closely at the details.  There are so many details covering every surface of the facade. 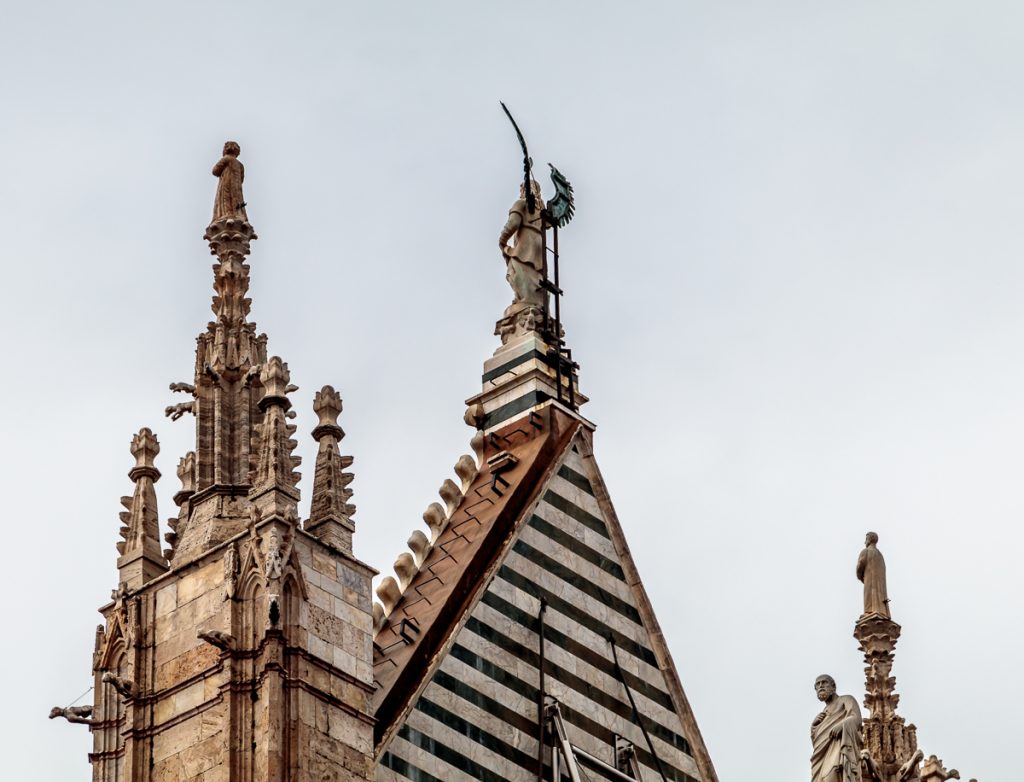 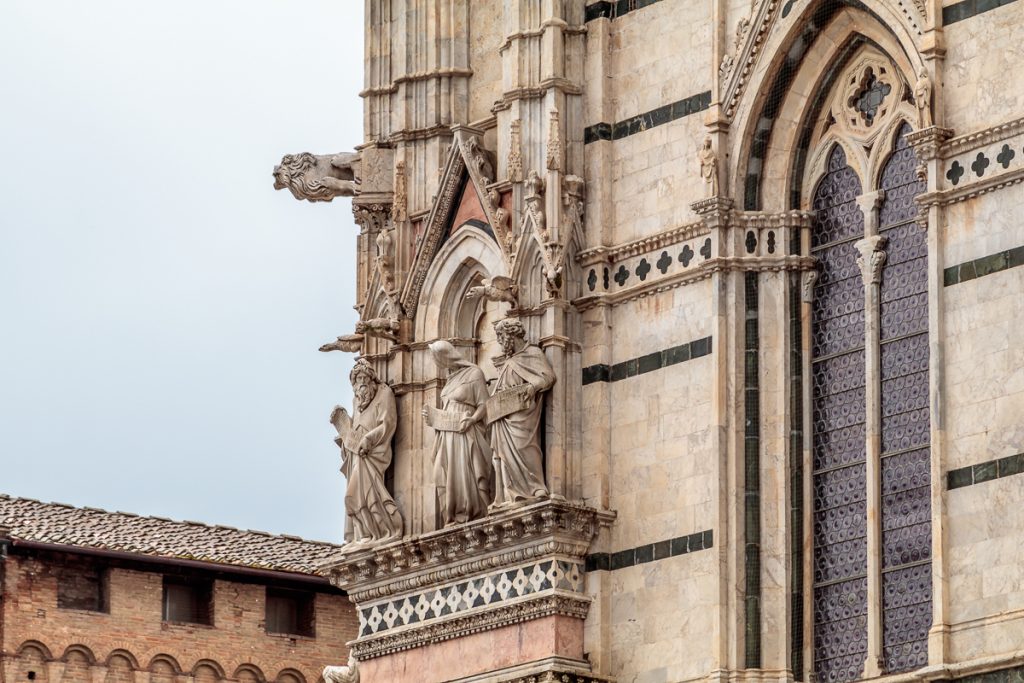 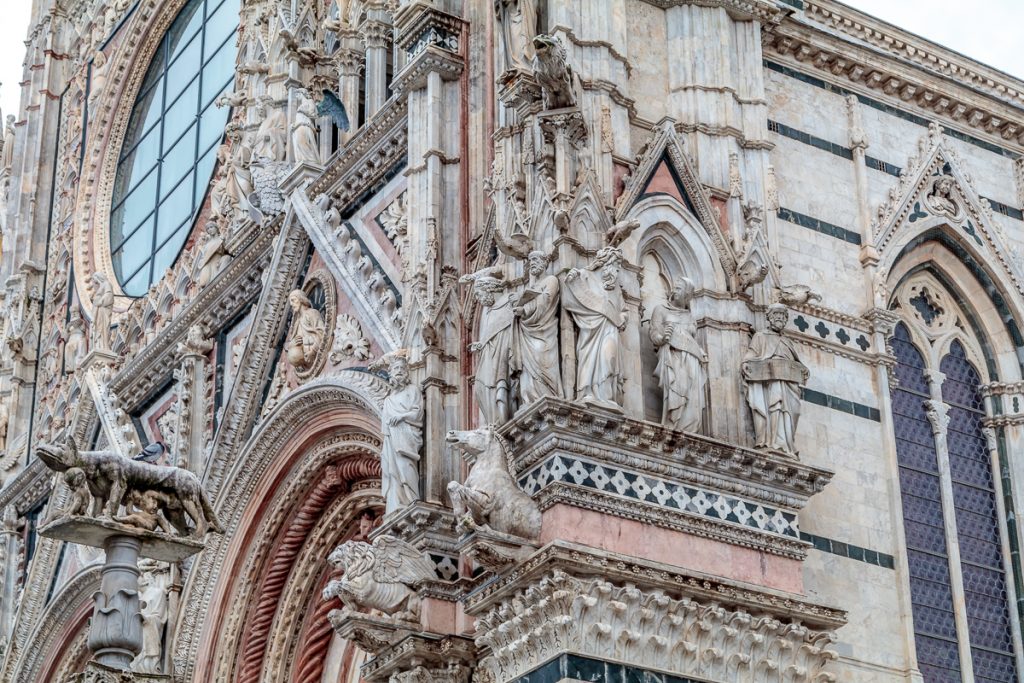 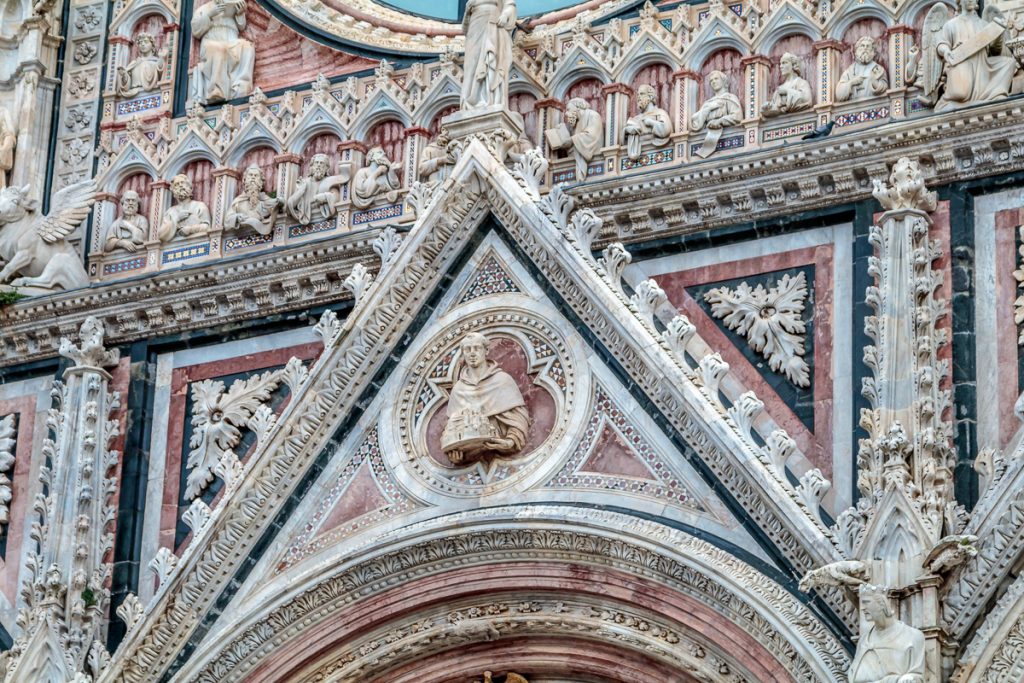 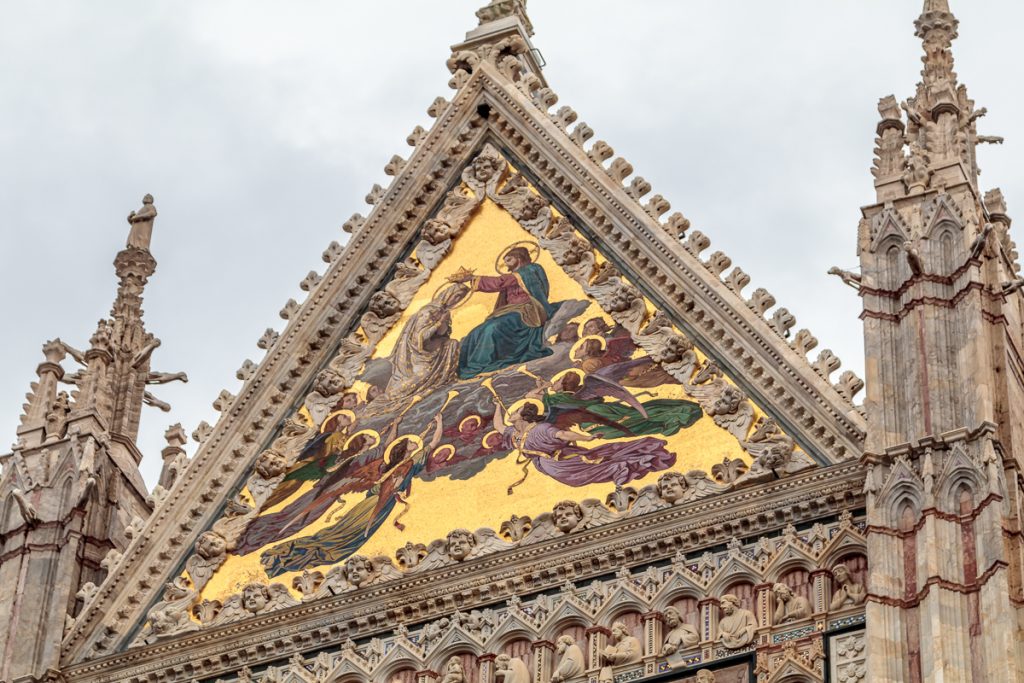 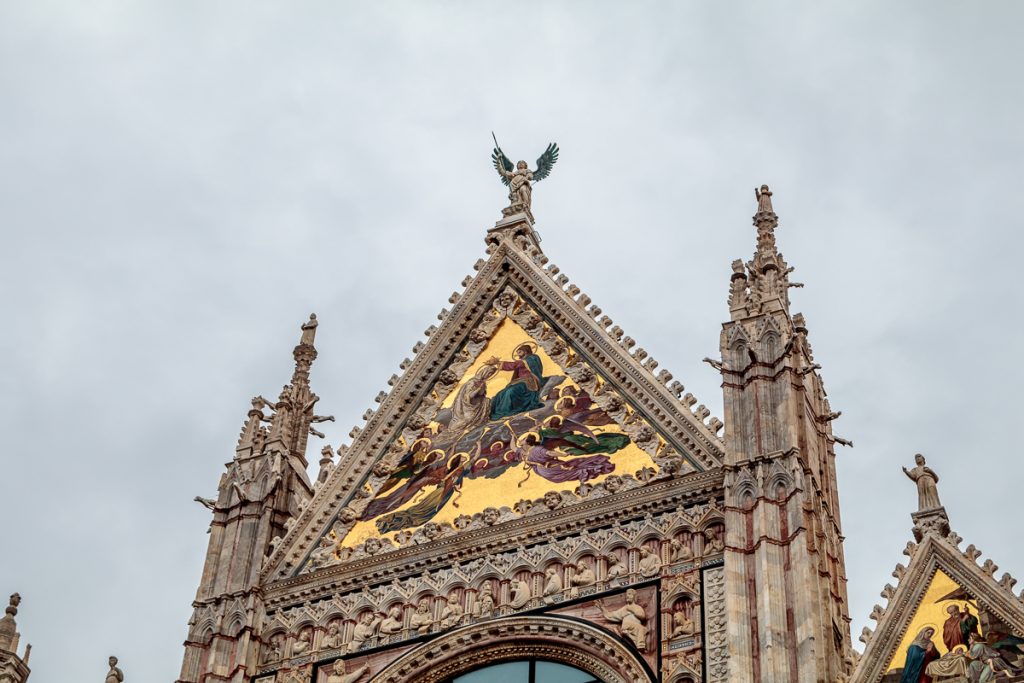 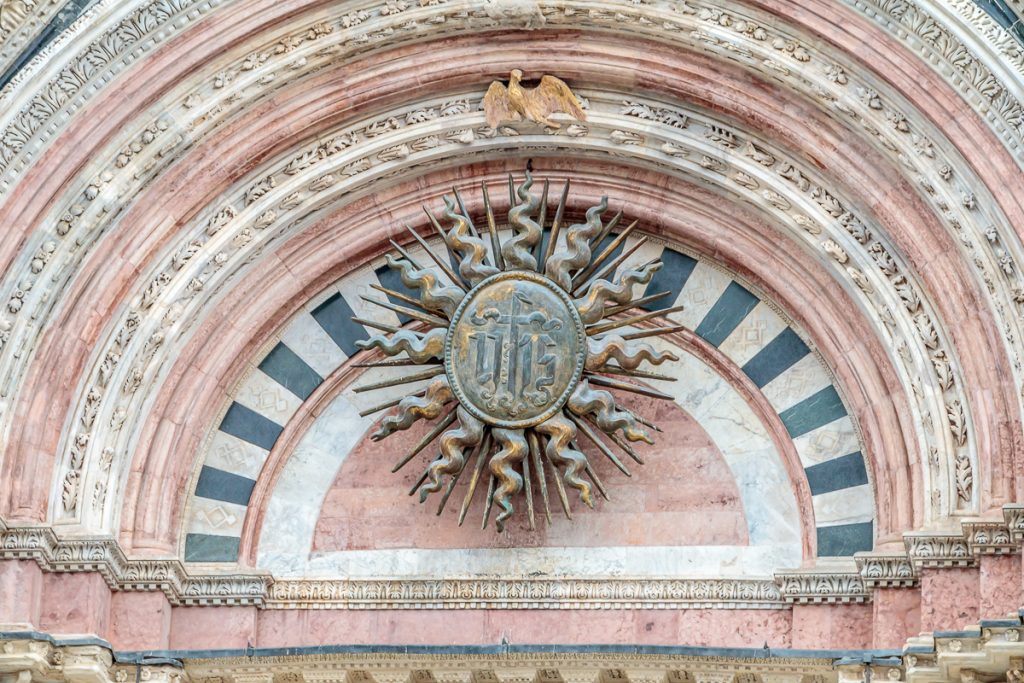 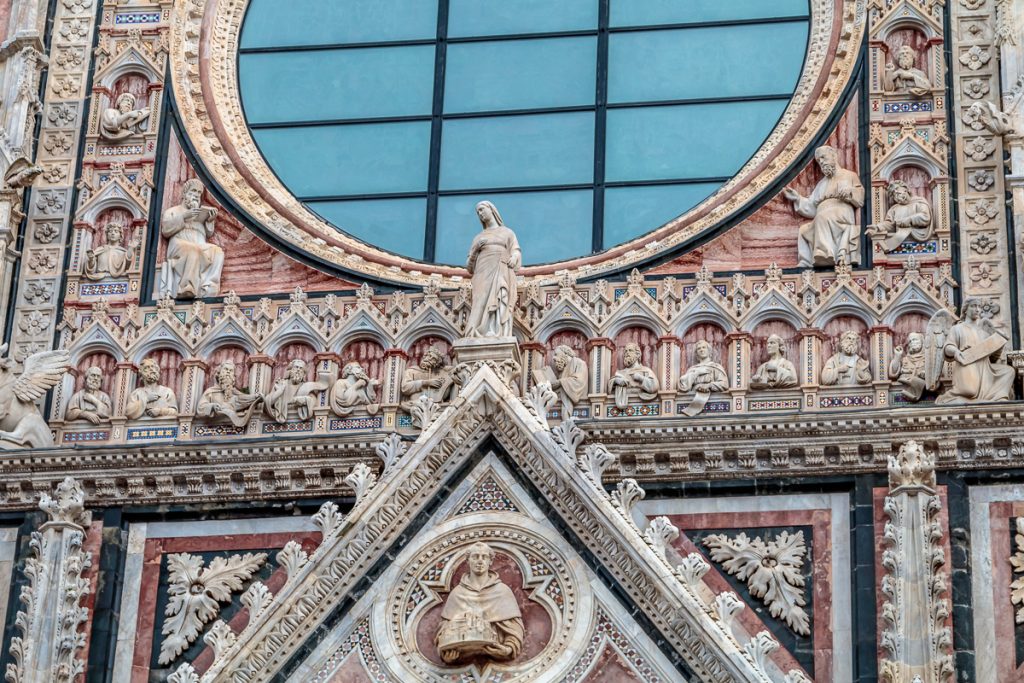 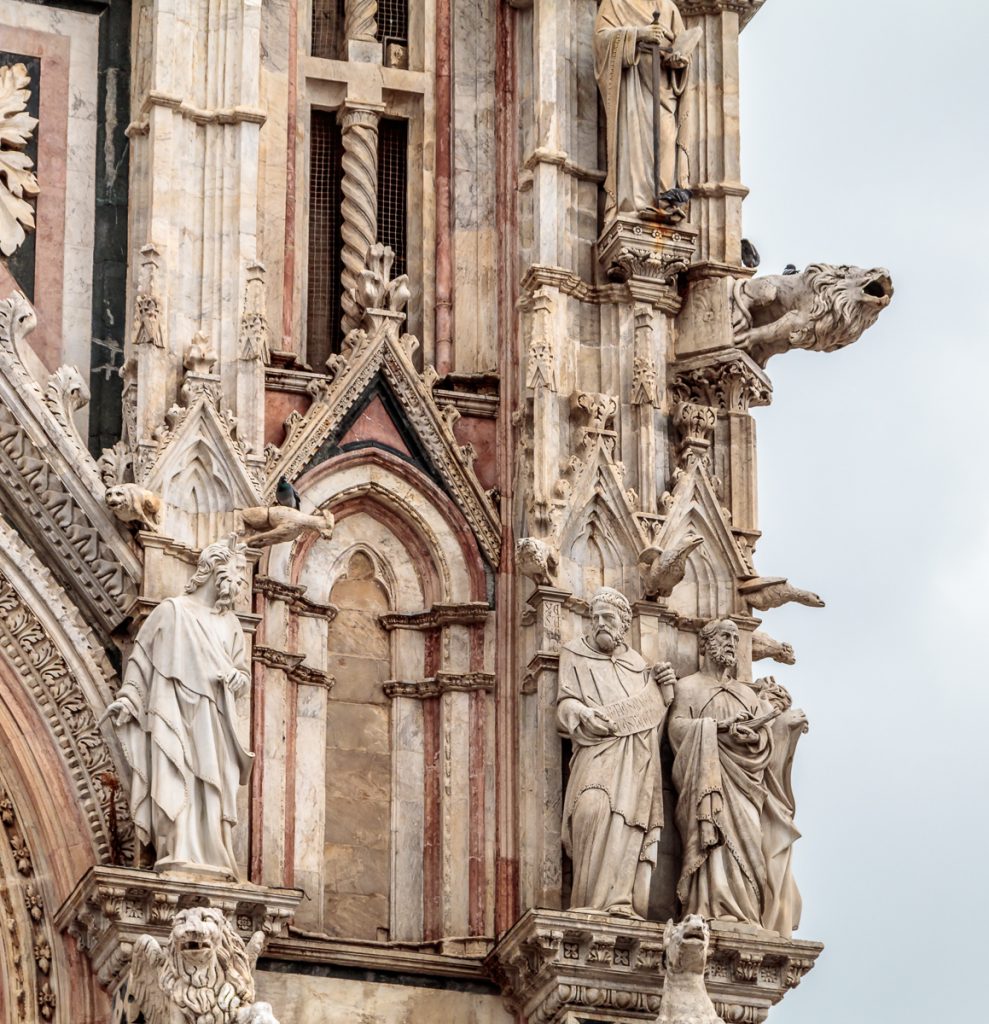 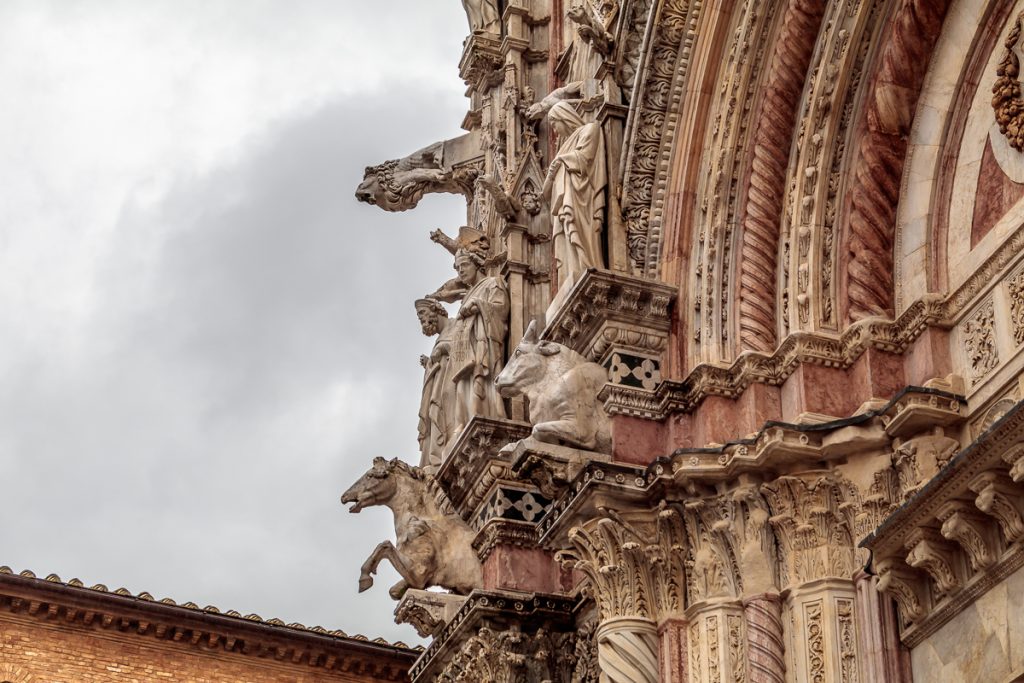 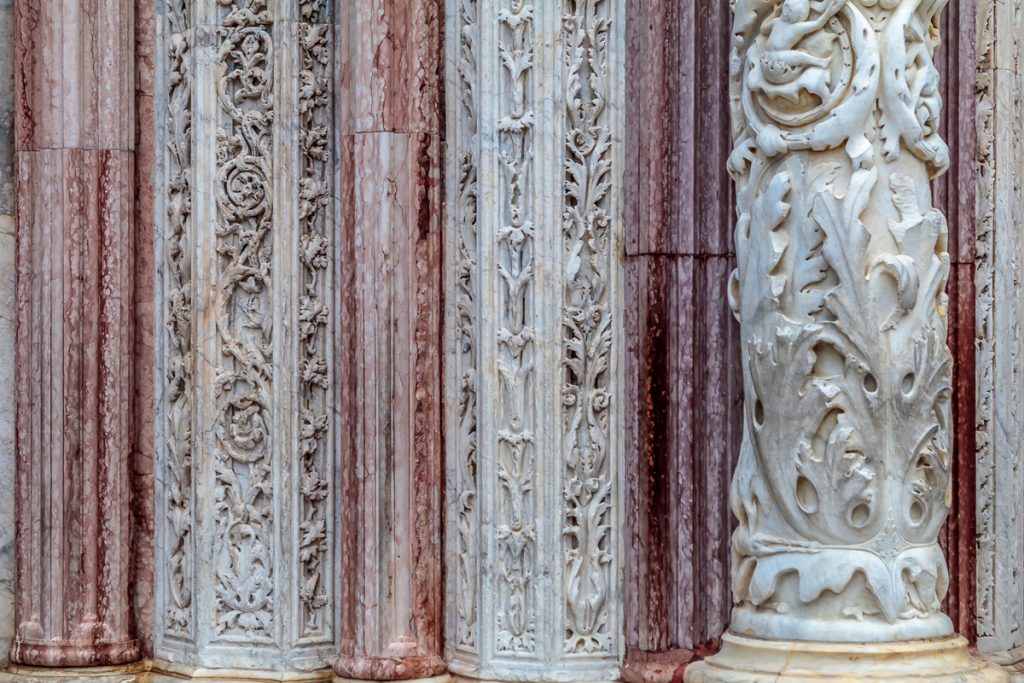 The doors are made of bronze and show scenes from Mary’s Assumption. 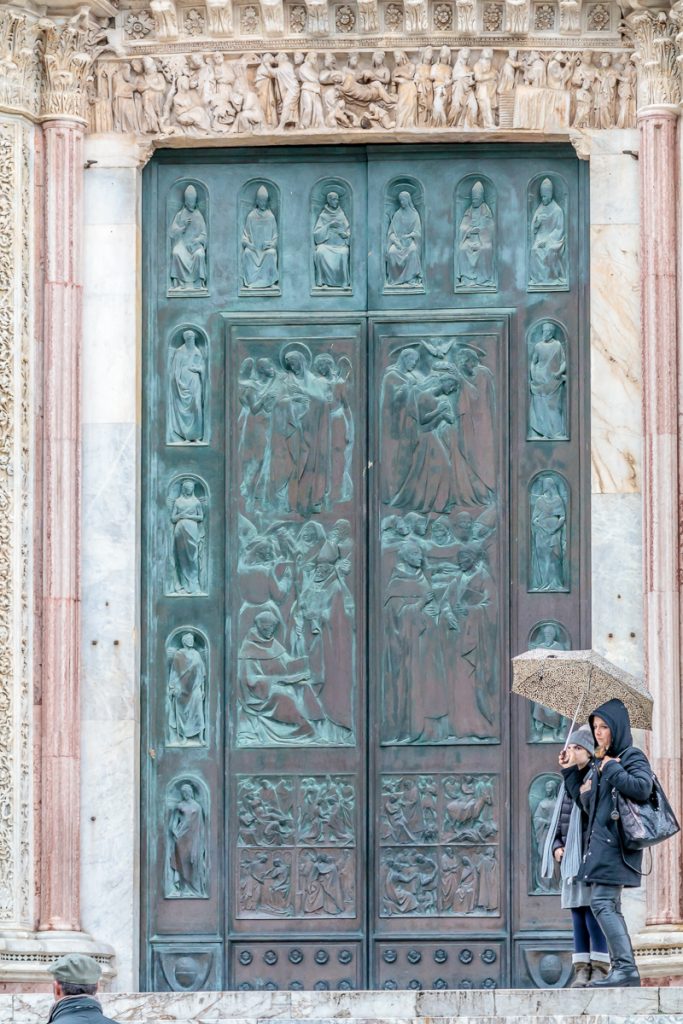 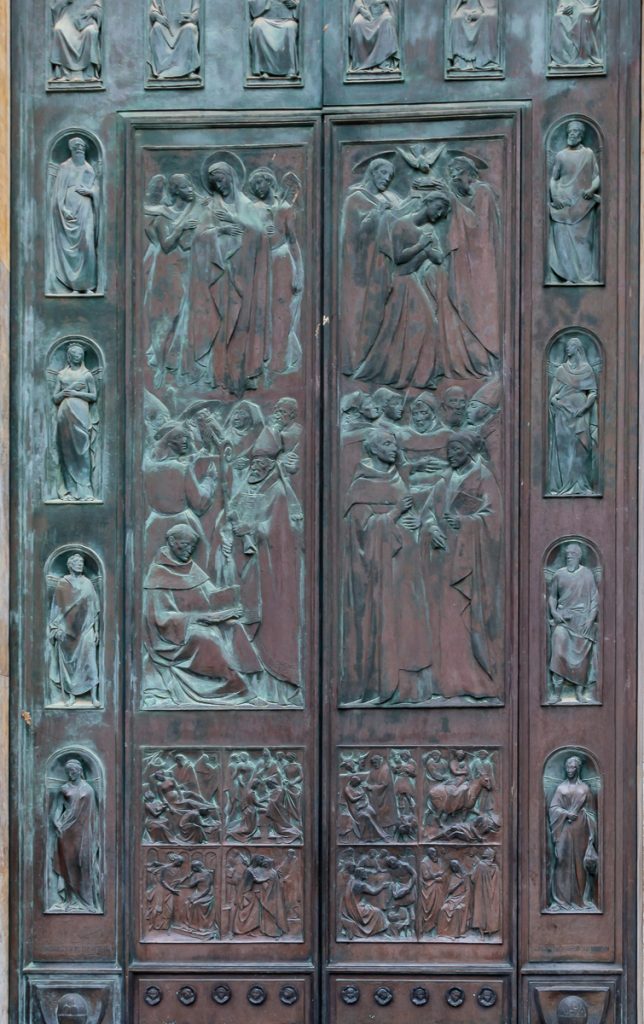 The church tower is beautiful with its black and white stripes of marble. 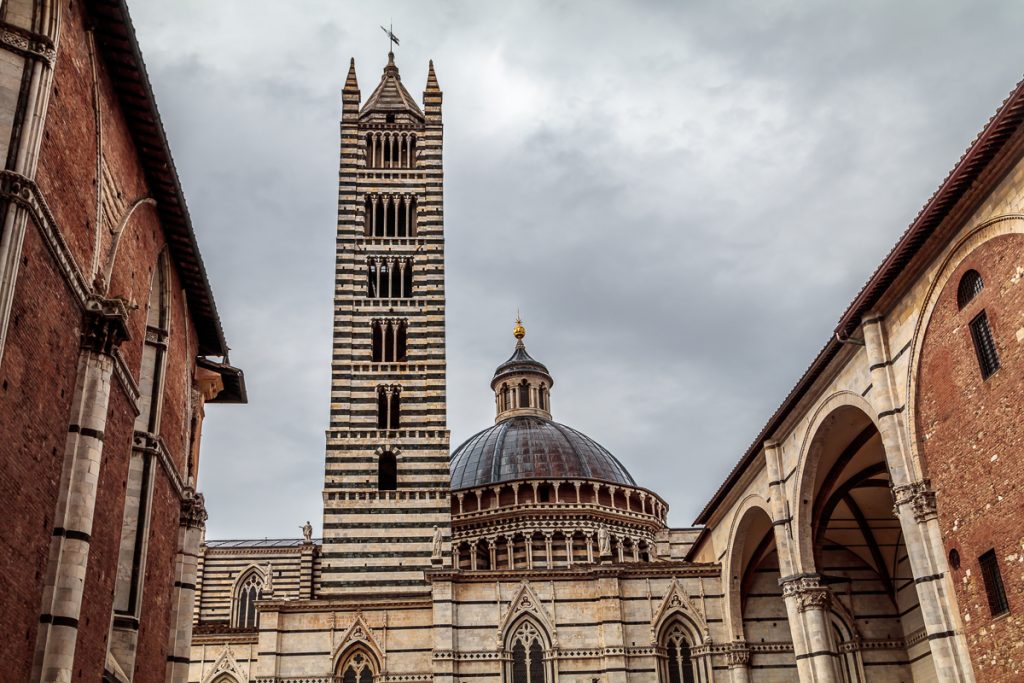 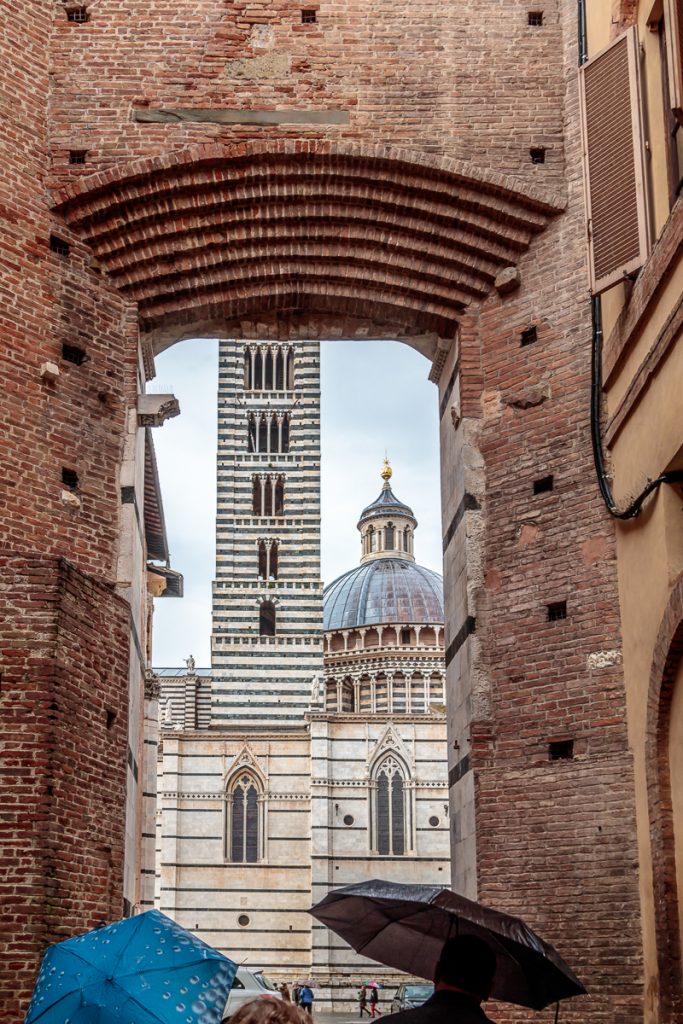 Yet another statue of Romulus and Remus stands high on a pillar in front of the Duomo. 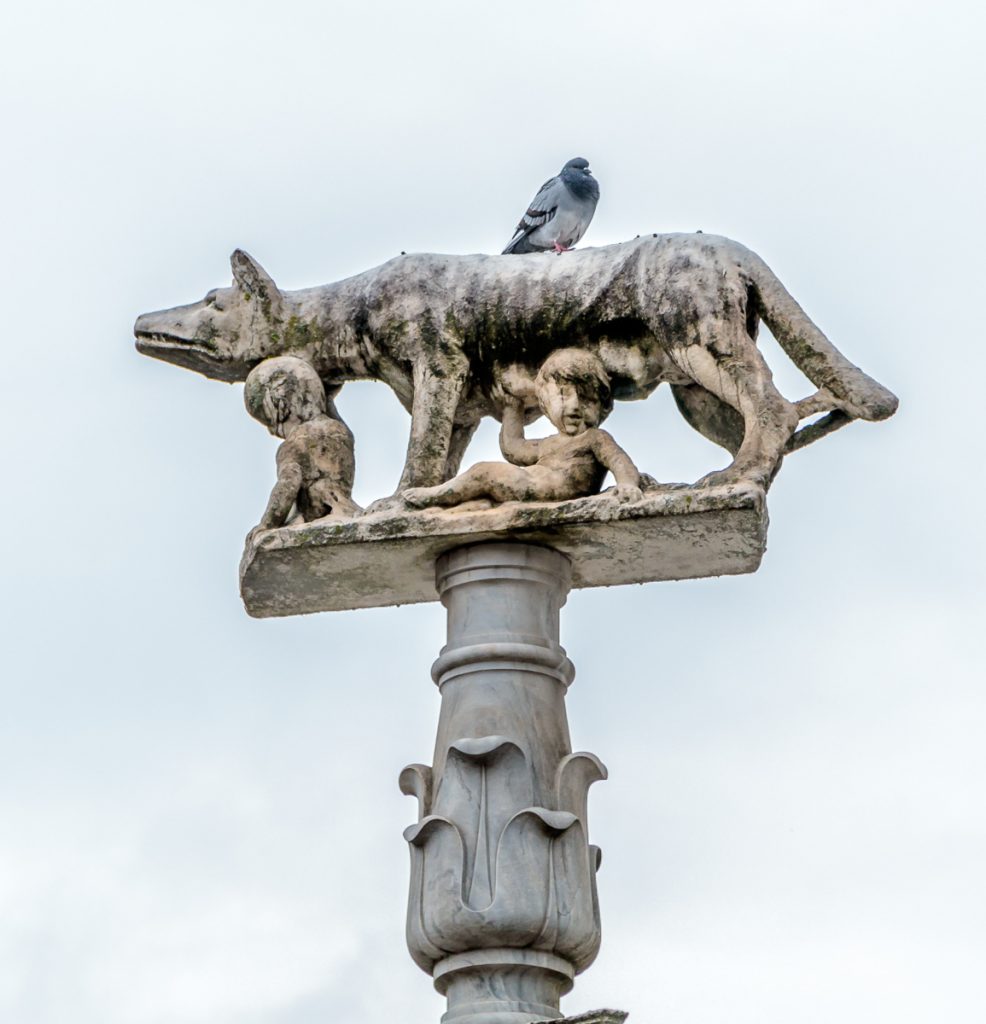 Romulus and Remus in front of Duomo

A second massive addition of the main body of the cathedral was planned in 1339, making this church larger than the cathedral in the rival town of Florence, but this enlargement was never accomplished. It would have more than doubled the size of the structure by means of an entirely new nave and two aisles arranged perpendicular to the existing nave and centered on the high altar. The construction was begun and then halted by the Black Death in 1348. Basic errors in the construction were already evident by then, however, and the work was never resumed. The outer walls, remains of this extension, can now be seen to the south of the Duomo. 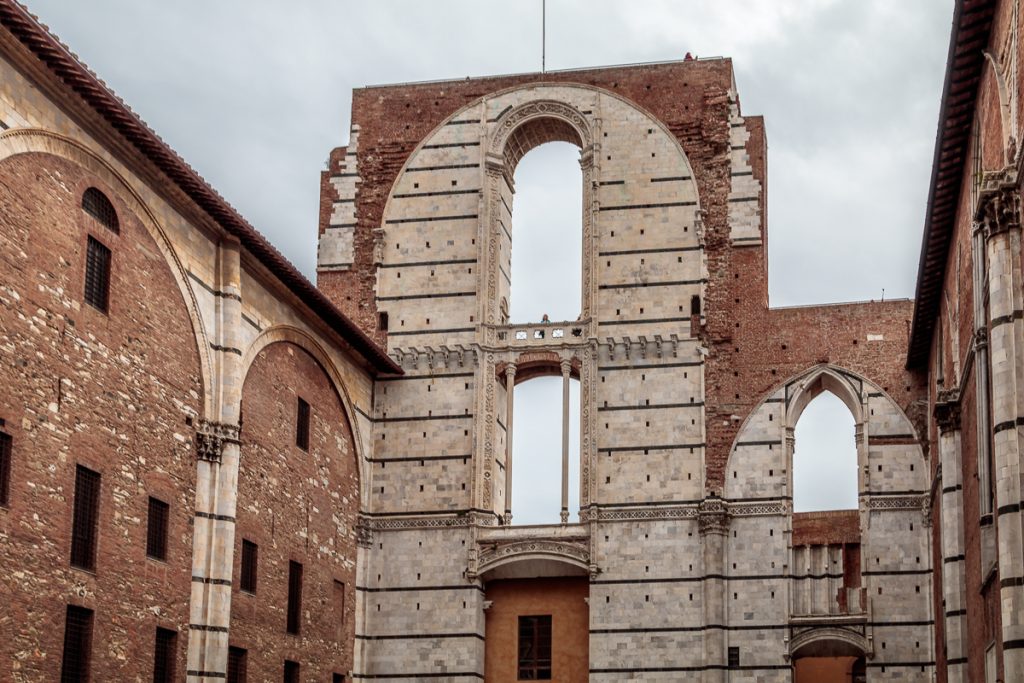 This seemed a good place for a group photo. 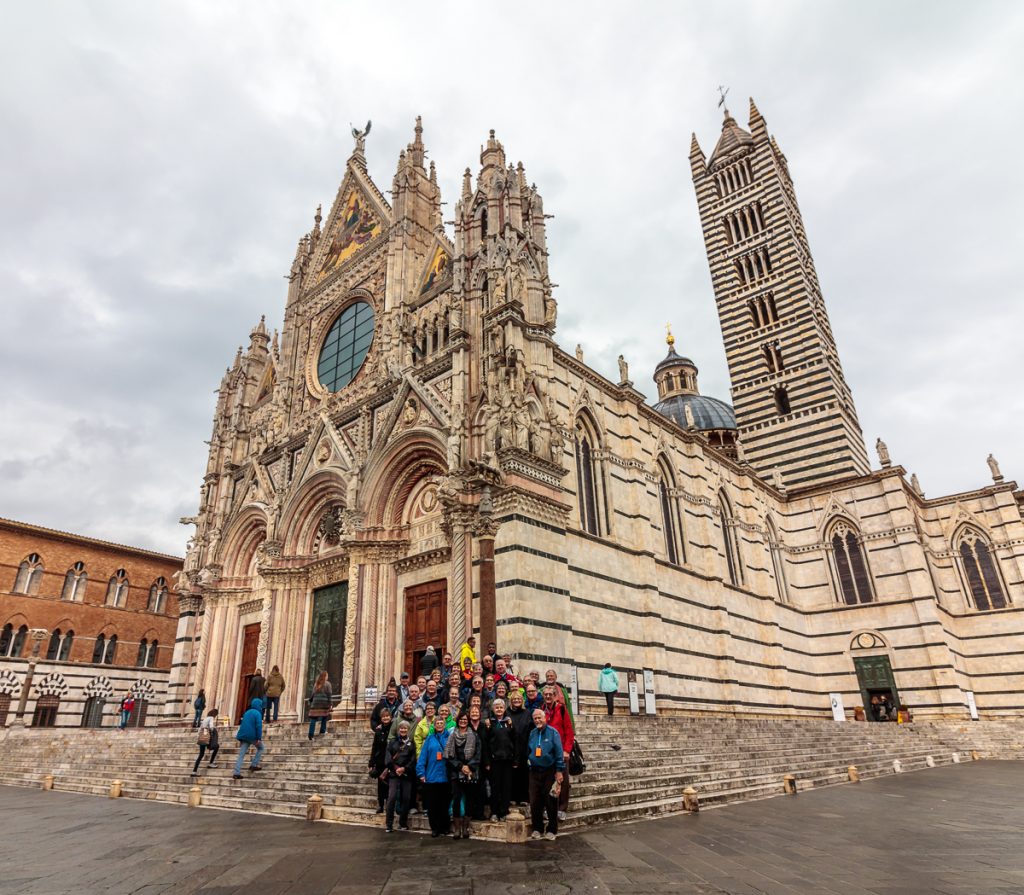 Group Photo in front of the Duomo 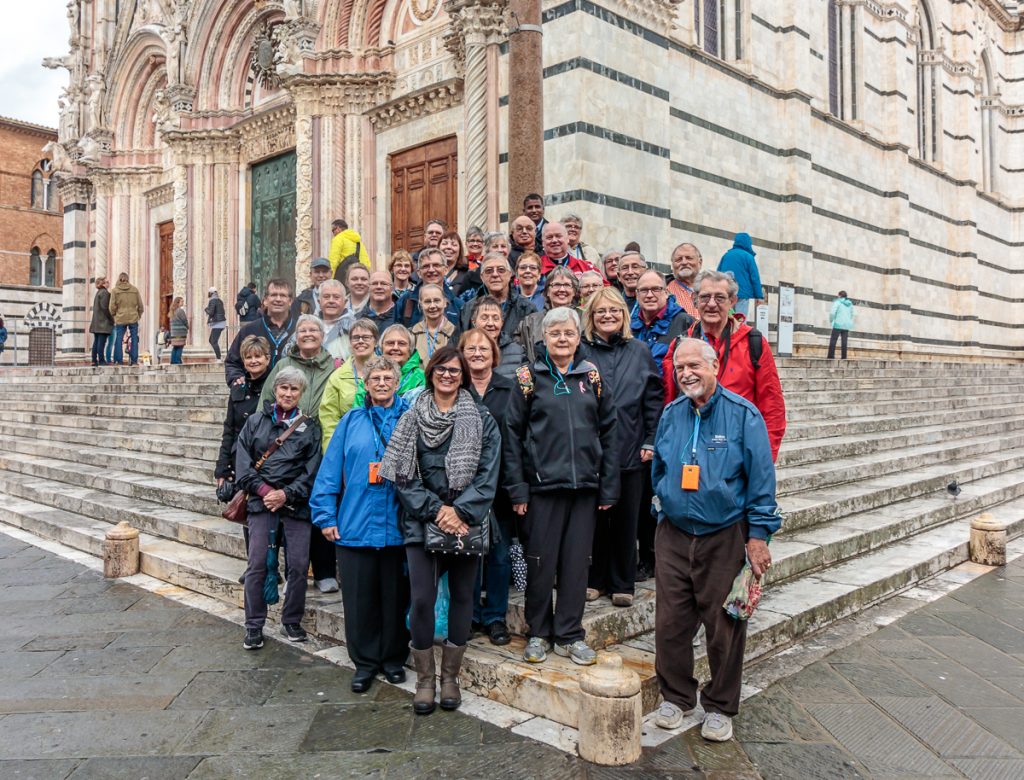 Group Photo in front of the Duomo

Next time we will look inside the Duomo.

(Many details provided by WikiPedia)

This entry was posted in Travel and tagged Duomo, Italy, Siena.