Battistero di San Giovanni (Baptistery of Saint John) was built between 1316 and 1325 by Camaino di Crescentino.  Recall from a post from Florence that you were not baptized inside the church, but in a separate building. 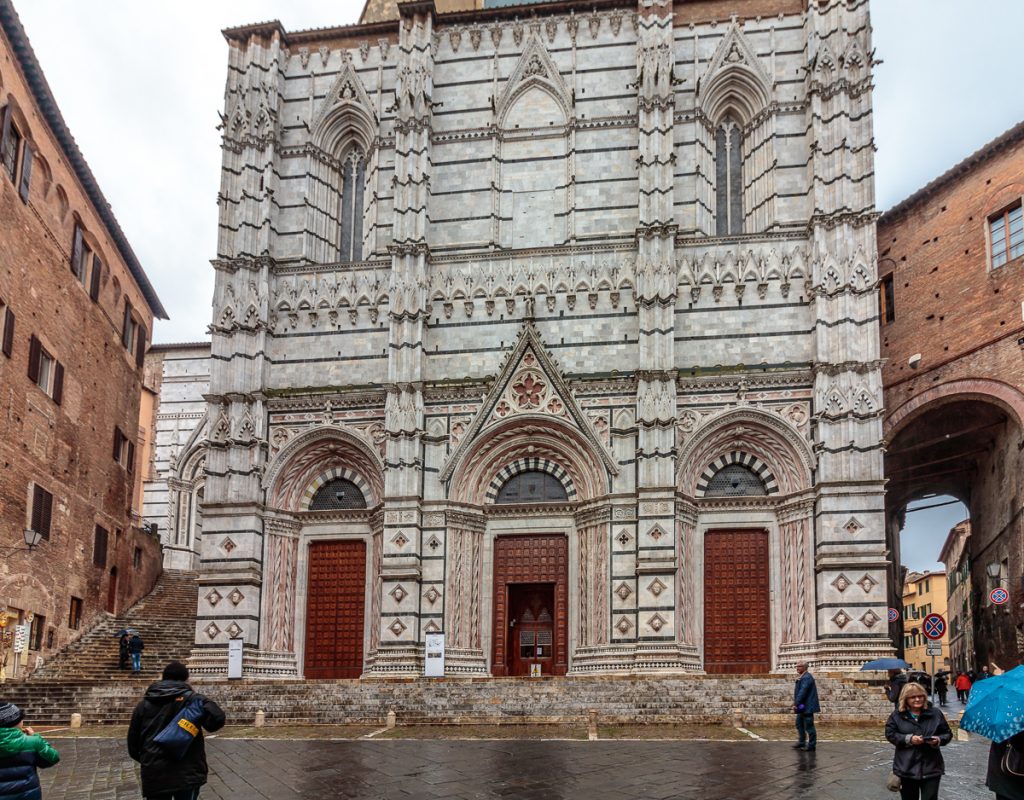 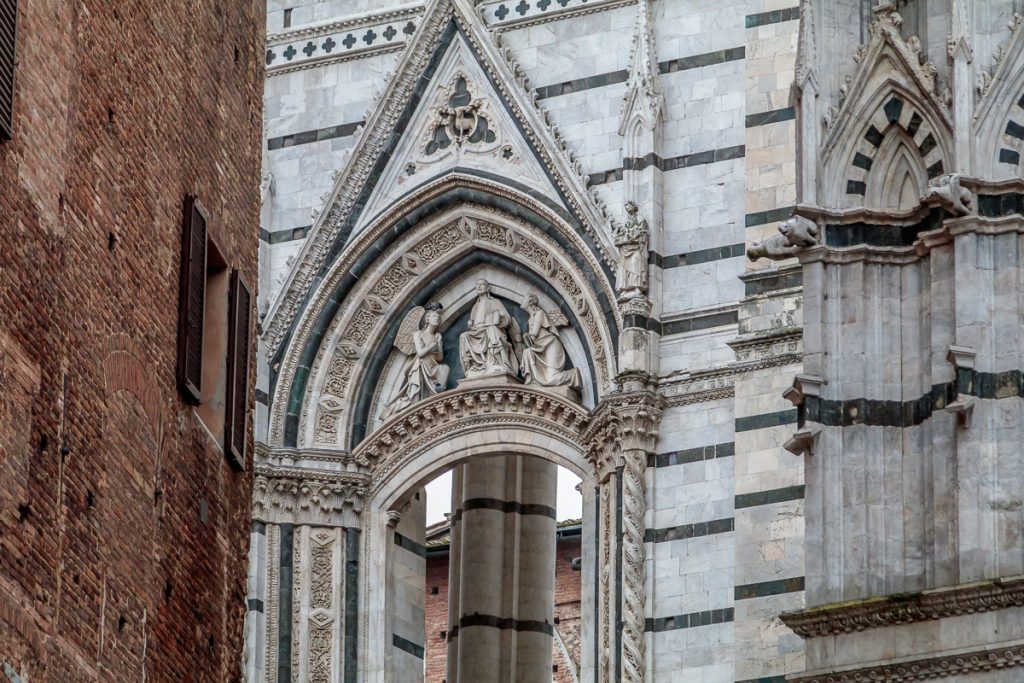 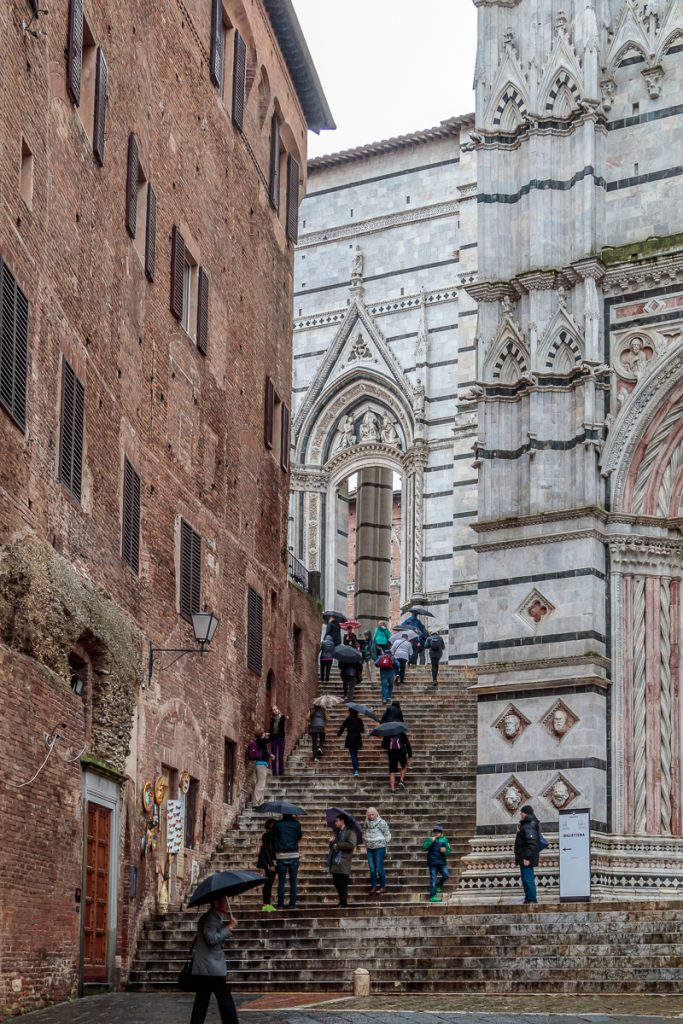 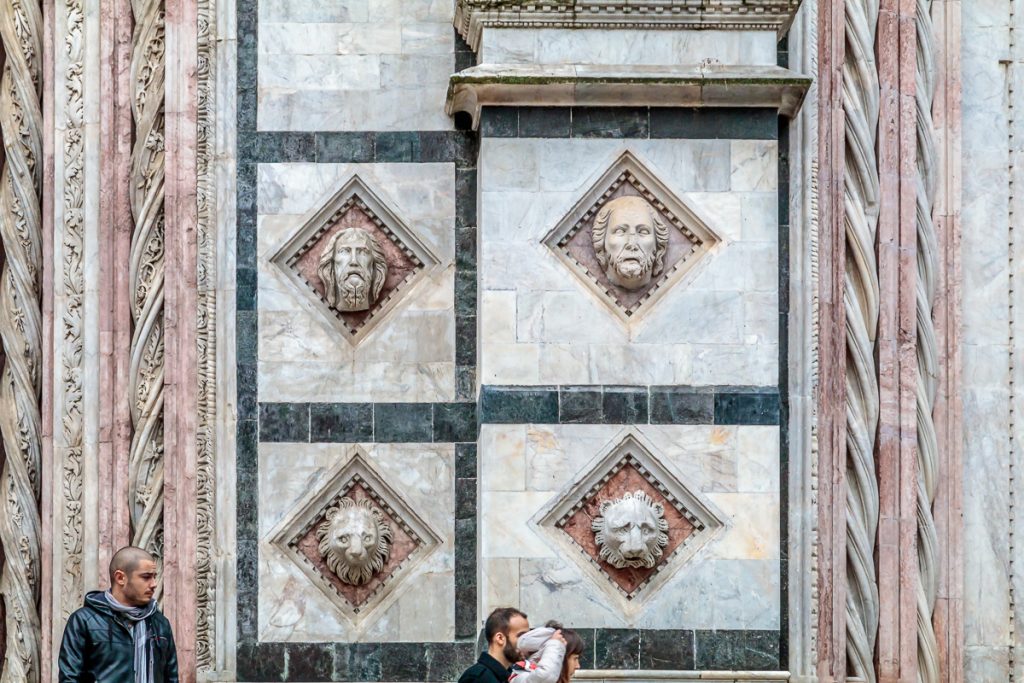 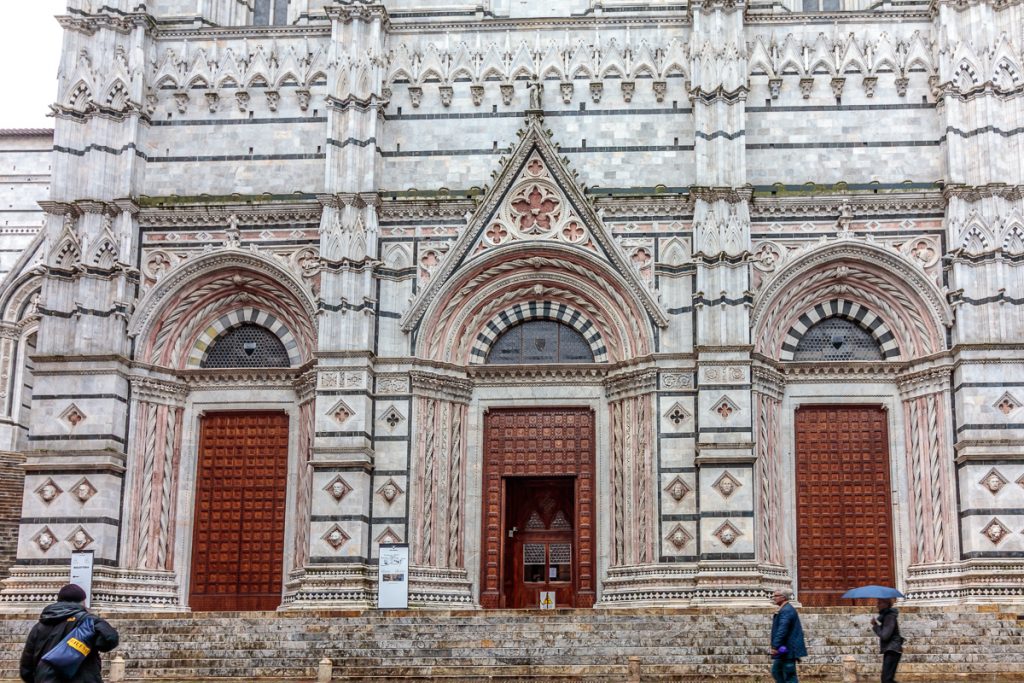 Siena is another great city for food.  Here’s the local butcher’s shop. 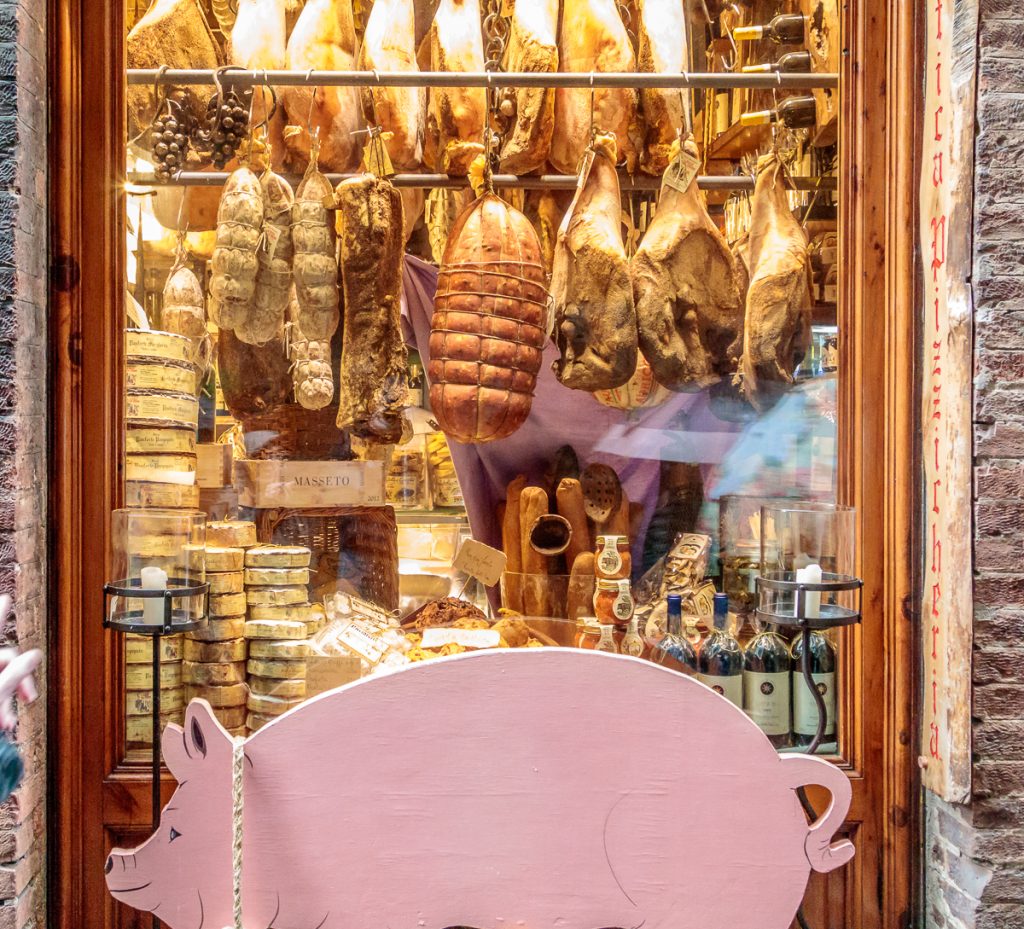 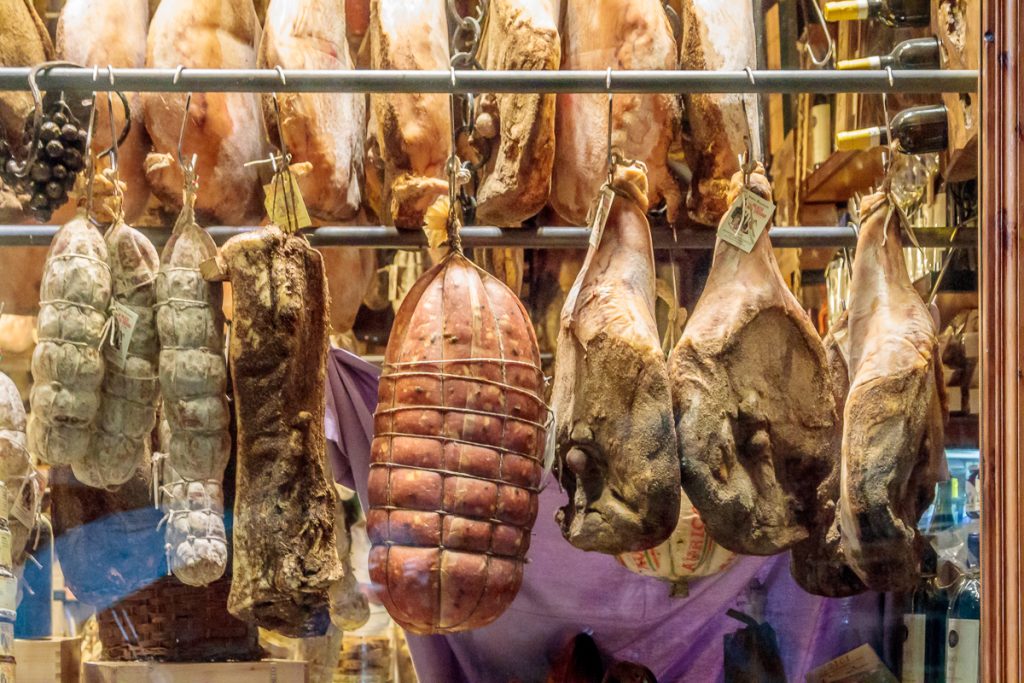 Here is a “menu of the day” posted just down the street. 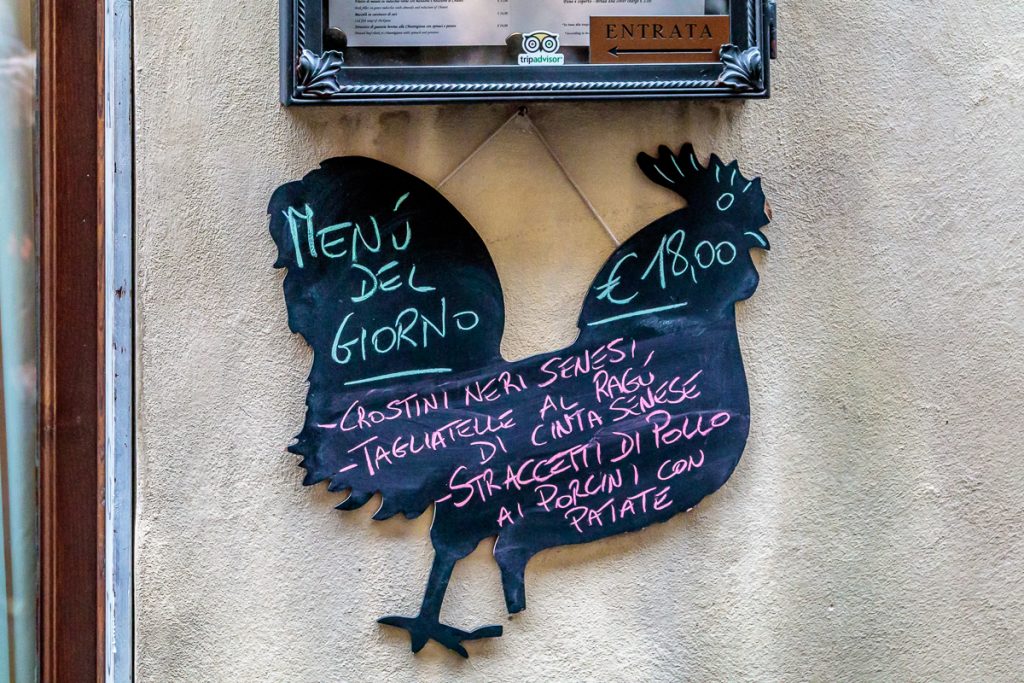 Menu of the Day

The black rooster has an interesting story in the history of Siena and Florence and where the border between them was drawn.  Rather than reproduce the story here, please check out the story here.

Here are a couple more doors and doorways. 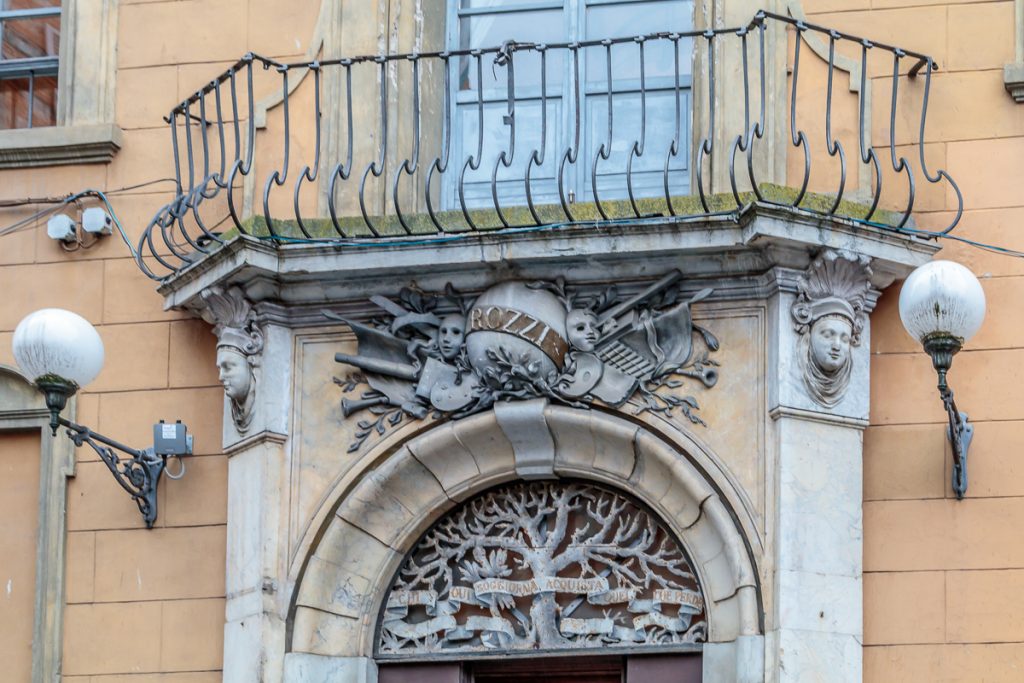 This is the office of a dental surgeon. 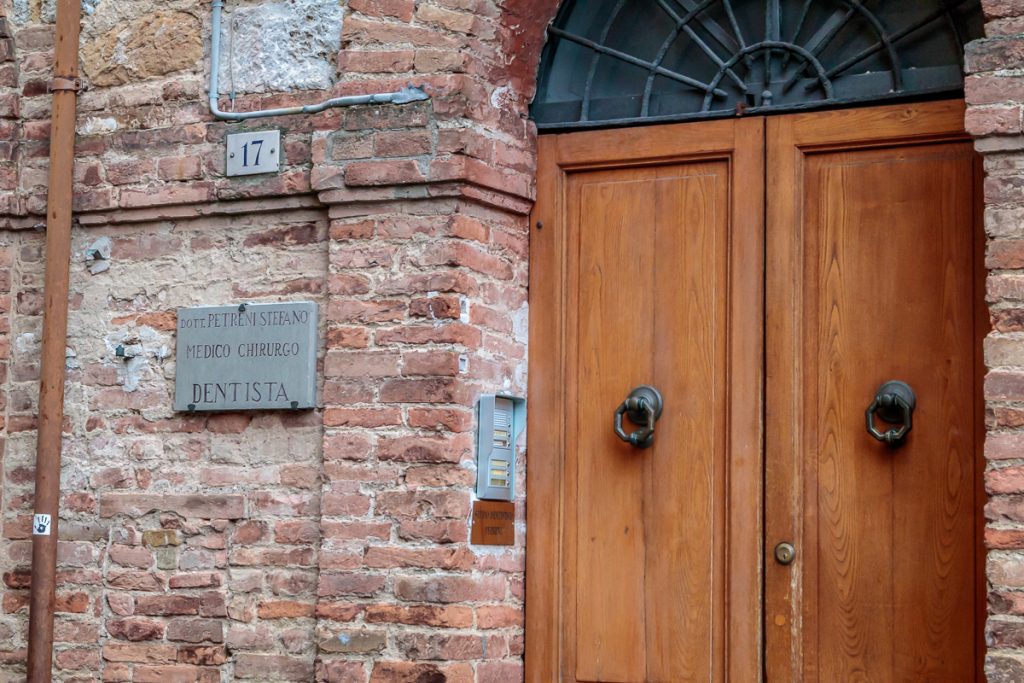 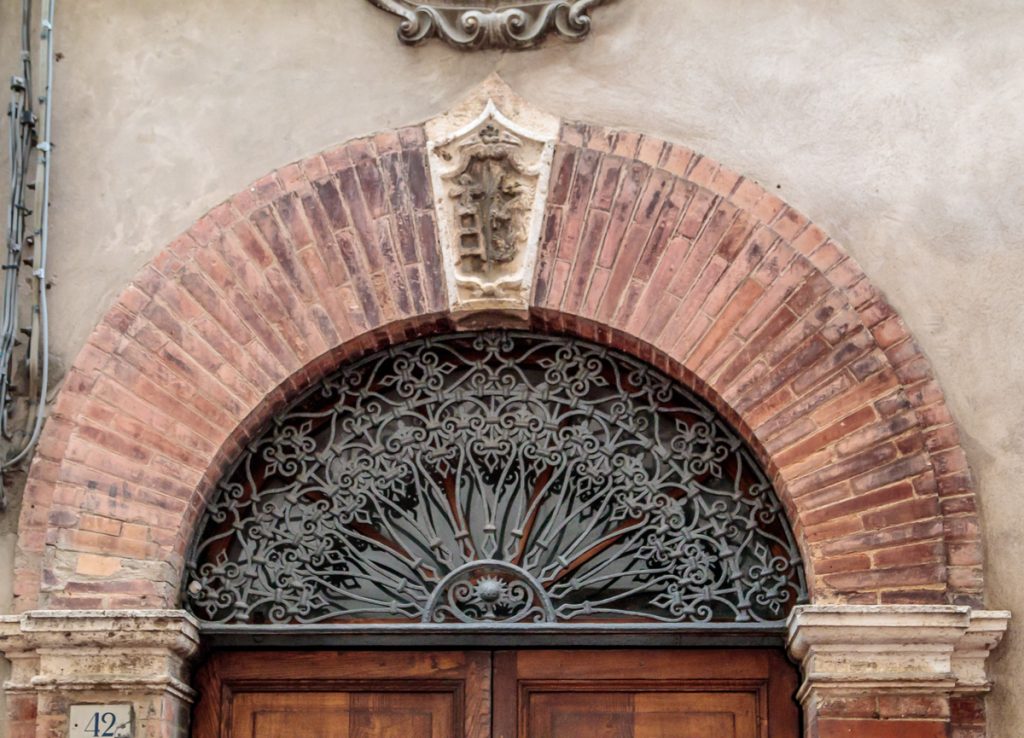 We went past a bakery.  The cake in the second image is a local seasonal treat for All Saint’s Day.  It is a peppered fruit cake. 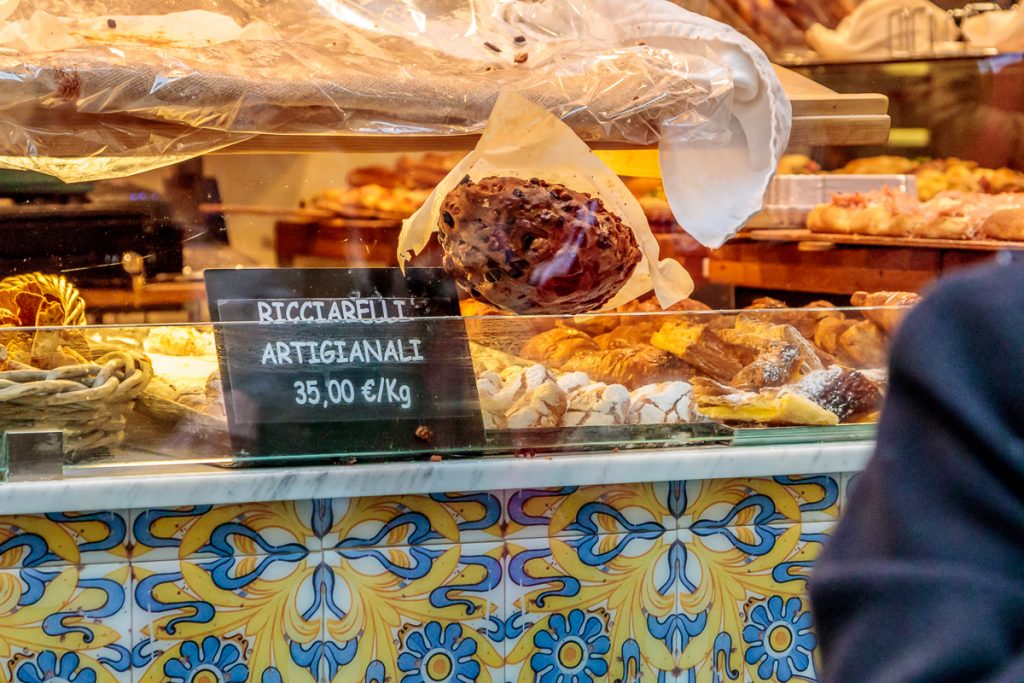 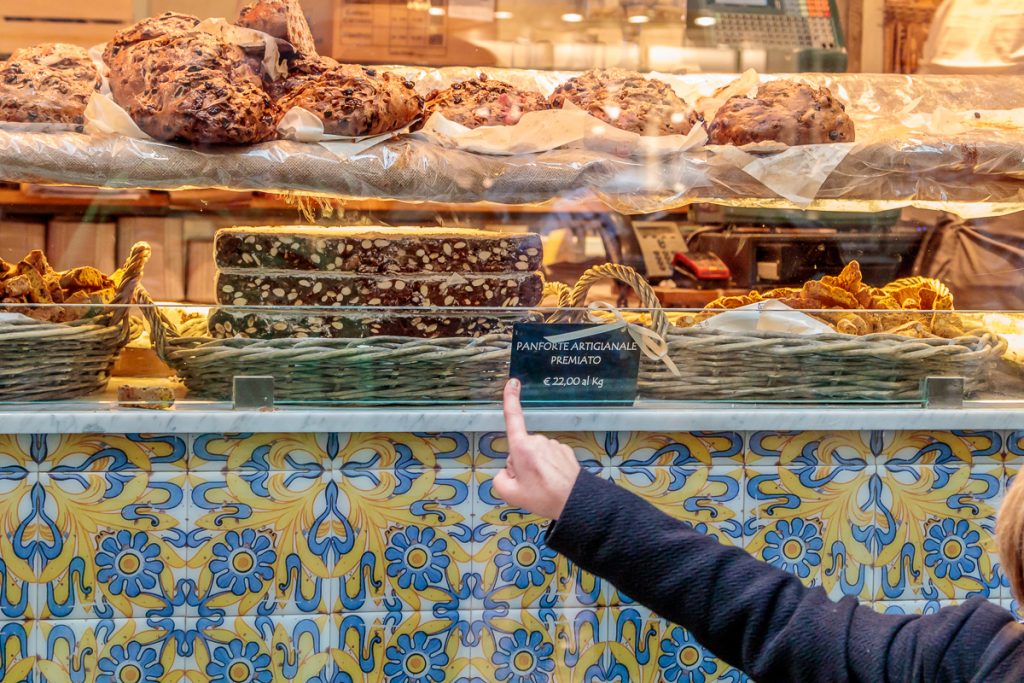 Remember the post describing the Palio, the horse race through town?  Here are some flags commemorating this event. 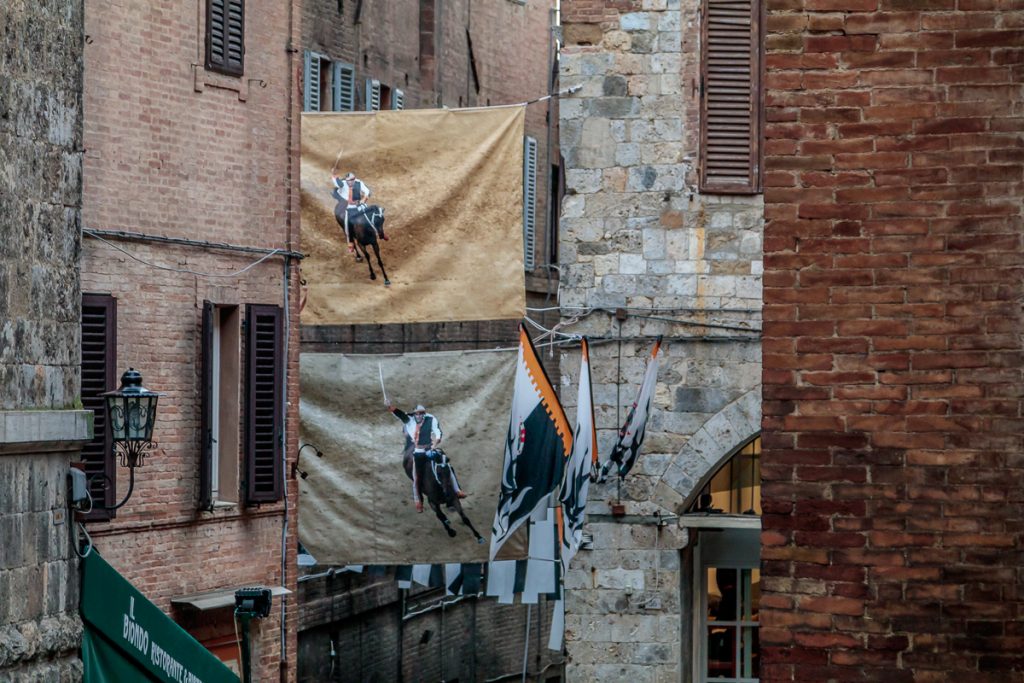 Flags from the Palio

Banca Monte dei Paschi di Siena is the oldest surviving bank in the world, founded in 1472 and has been in continuous operation since.  Siena was a great place for a bank in the 1400s being located between Rome and Florence.  Italy was not a single unified country as we know it today, but was made up of independent states, each with their own currency.  Travelers from one region to another would need to exchange currency, just as we do with US dollars and euros. 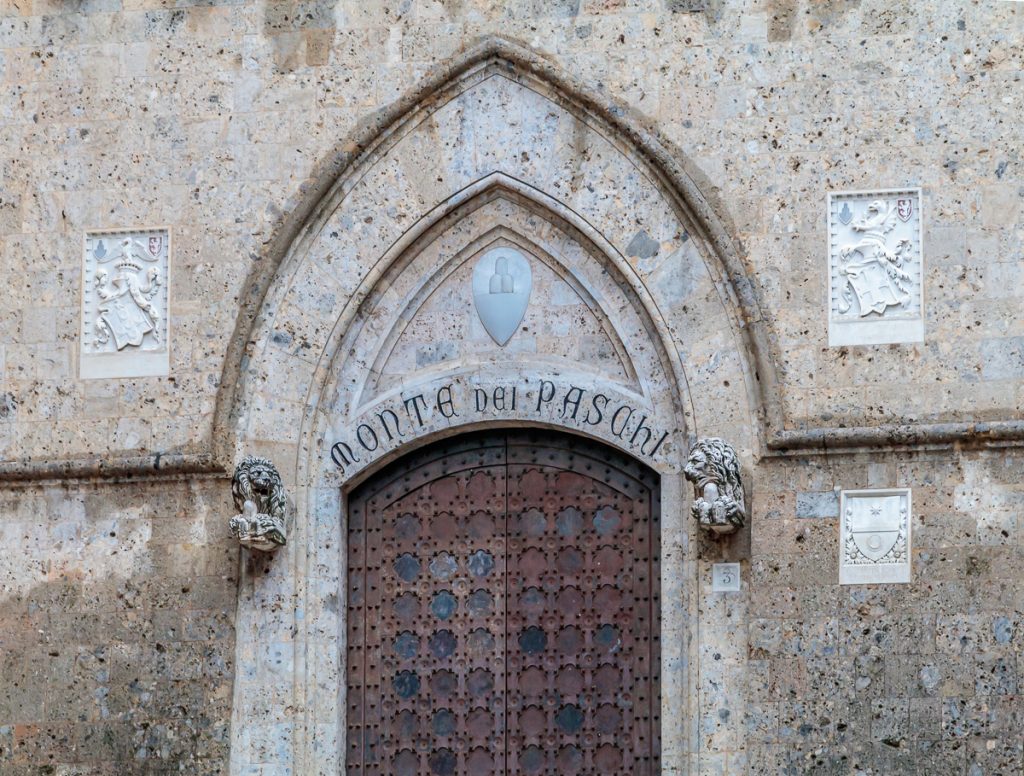 Oldest Bank in Italy (and the World!)

The statue in front of the bank is Sallustio Bandini (1677 – 1760).  He was an Italian archdeacon, economist, and politician and was an advocate of free trade, and removal of local feudal tariffs and tolls.  The inscription reads “che le dottrine della liberta economica insegno primo per la prosperita dei popoli cento venti anni dopo la sua morte il monte dei paschi plaudente la cittadinanza senese” which translates roughly to “The doctrines of economic freedom teach first the prosperity of the peoples.  One hundred and twenty years after his death on the mountain pastures of cheering the Sienese citizenship.” 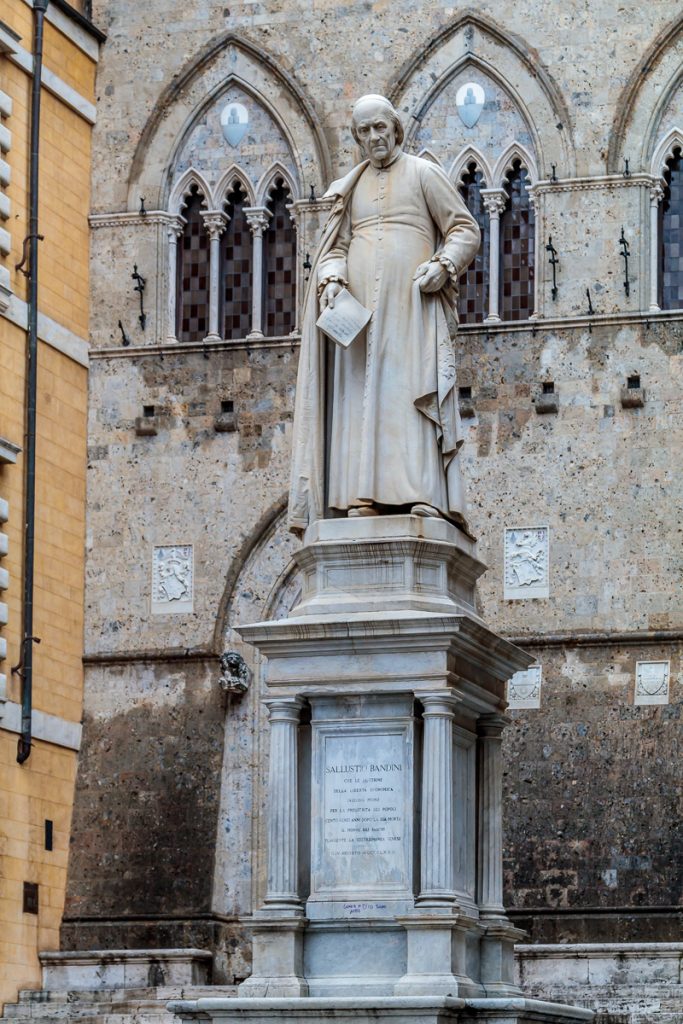 Some additional scenes along the way. 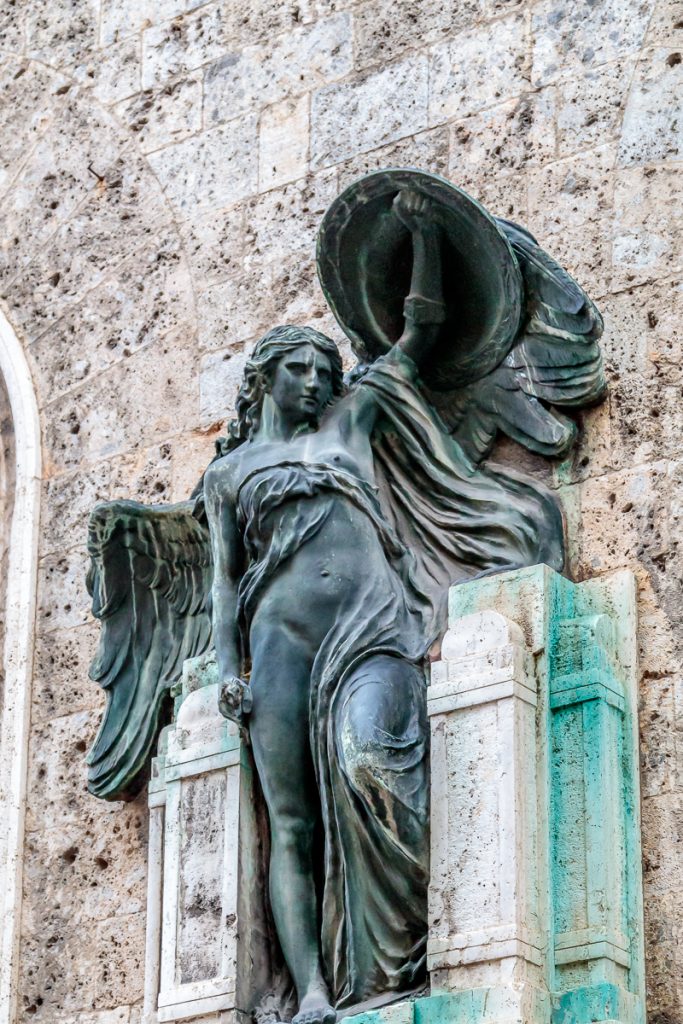 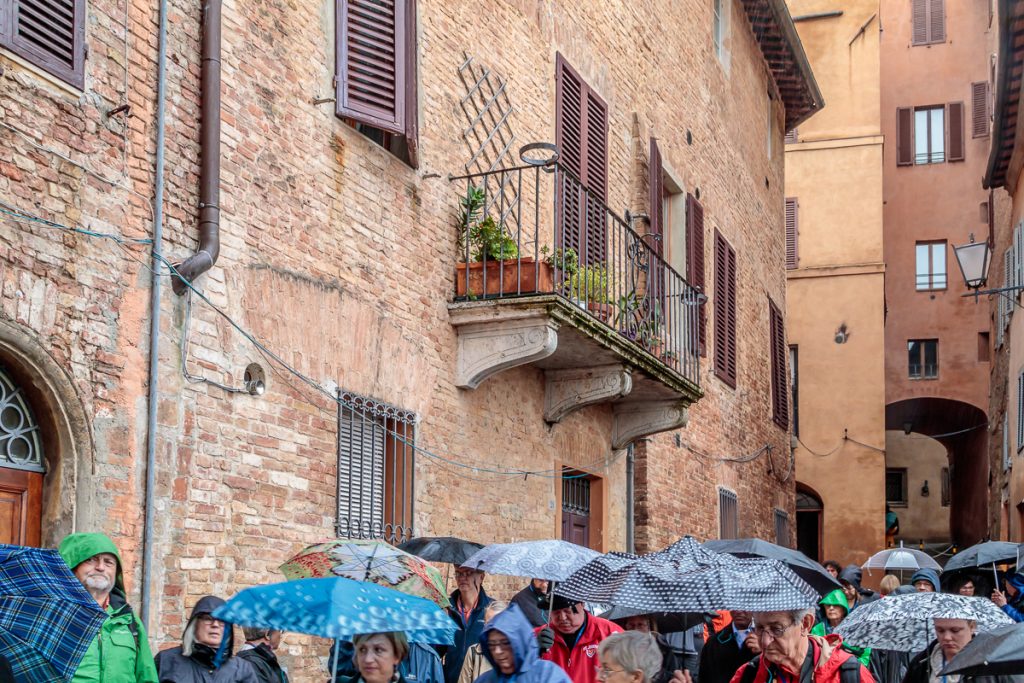 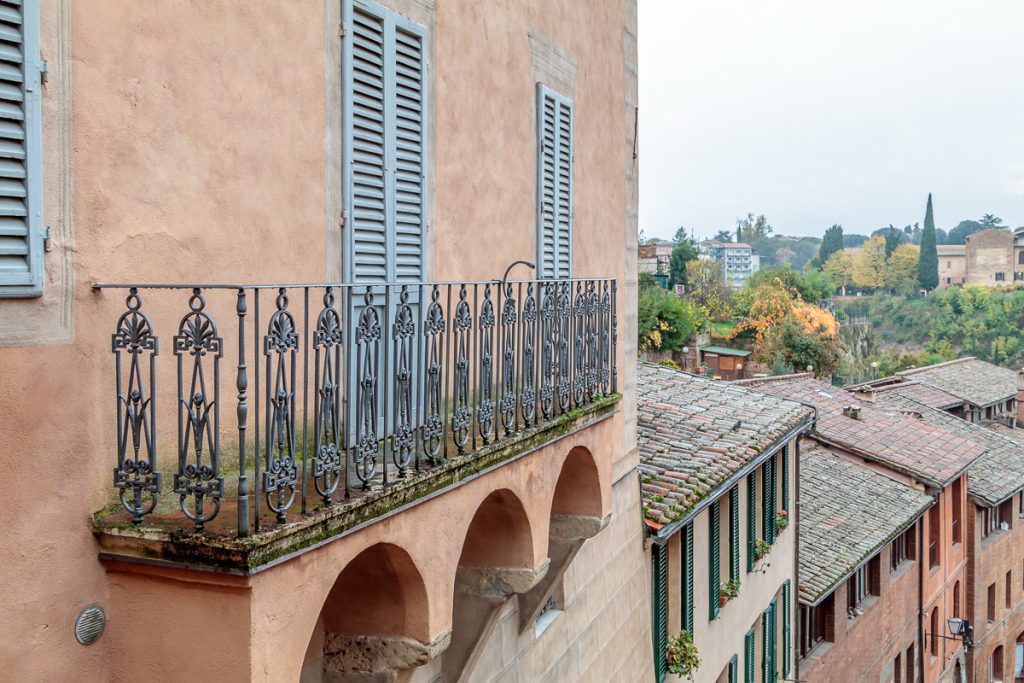 Next time, I’ll show you a bit about where Saint Catherine spent her time.

This entry was posted in Travel and tagged Italy, Siena, Street.