The most prominent church in Assisi is the Basilica di San Francesco d’Assisi (Basilica of Saint Francis of Assisi).  Located on a high hill, it is easily seen from the valley below.  The view from the basilica to the valley is also stunning. 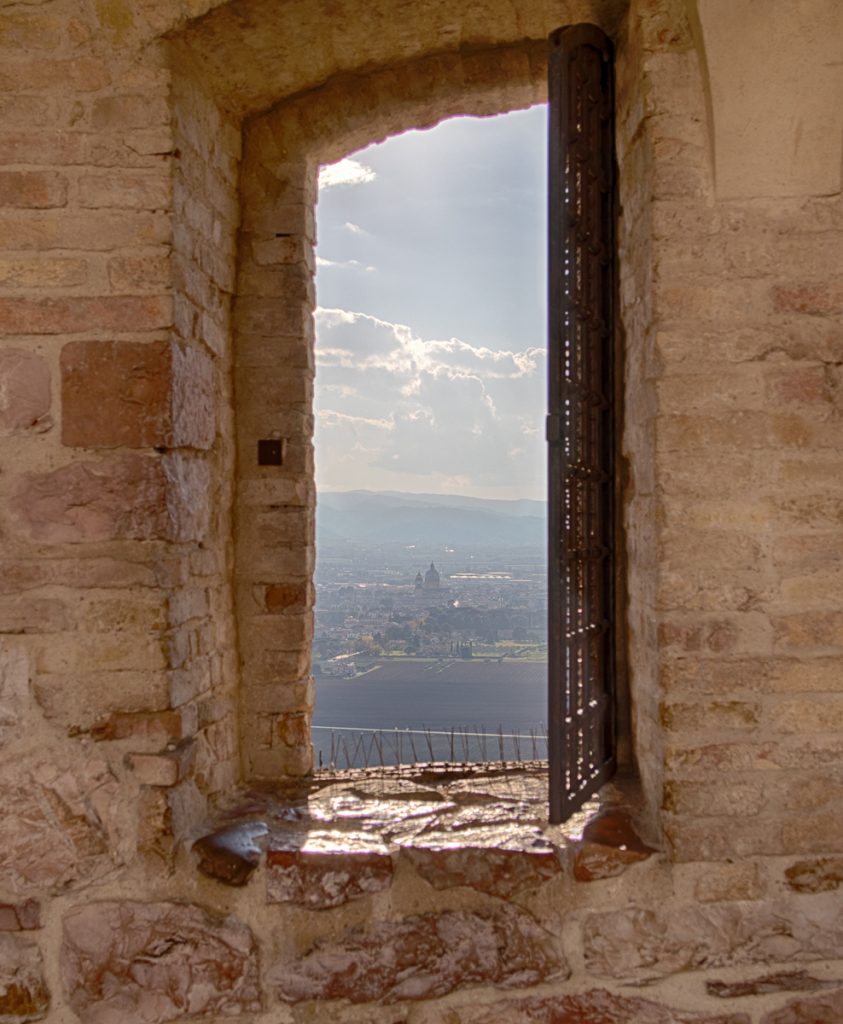 View through the Wall to the Valley Below

However, as you approach the basilica through town, this is the facade you first see. 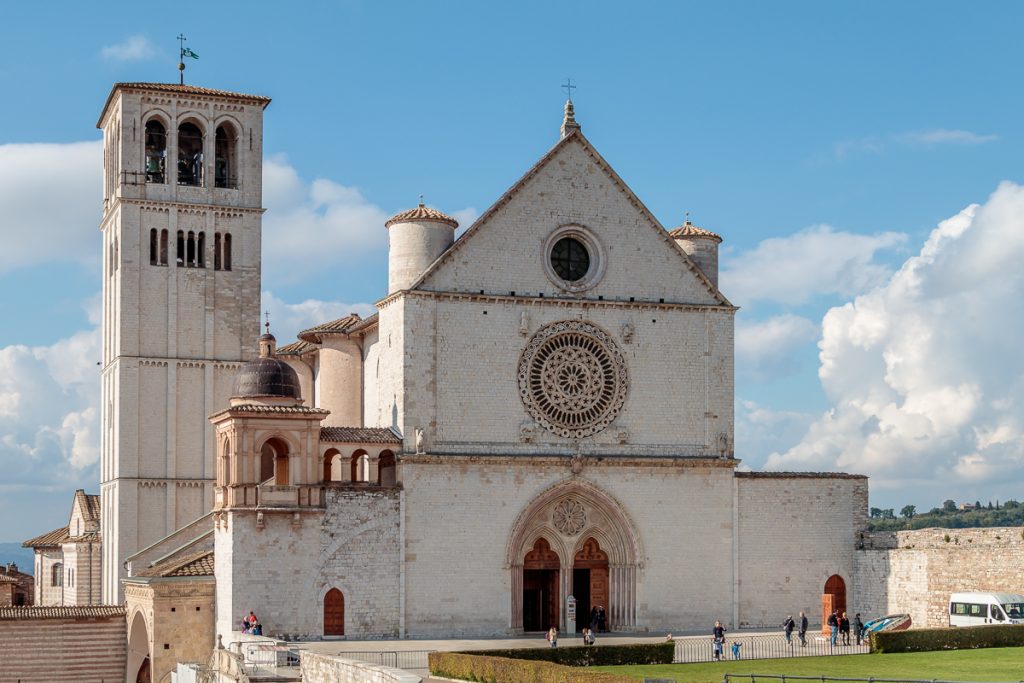 Facade of the Basilica of St. Francis

Construction of the basilica began immediately after Francis’ canonization in 1228.  The land donated for the basilica was previously known as “Hill of Hell” and was where criminals were put to death.  Today, this hill is called “Hill of Paradise”. (WikiPedia)

As you approach the basilica, there are lots of great views. 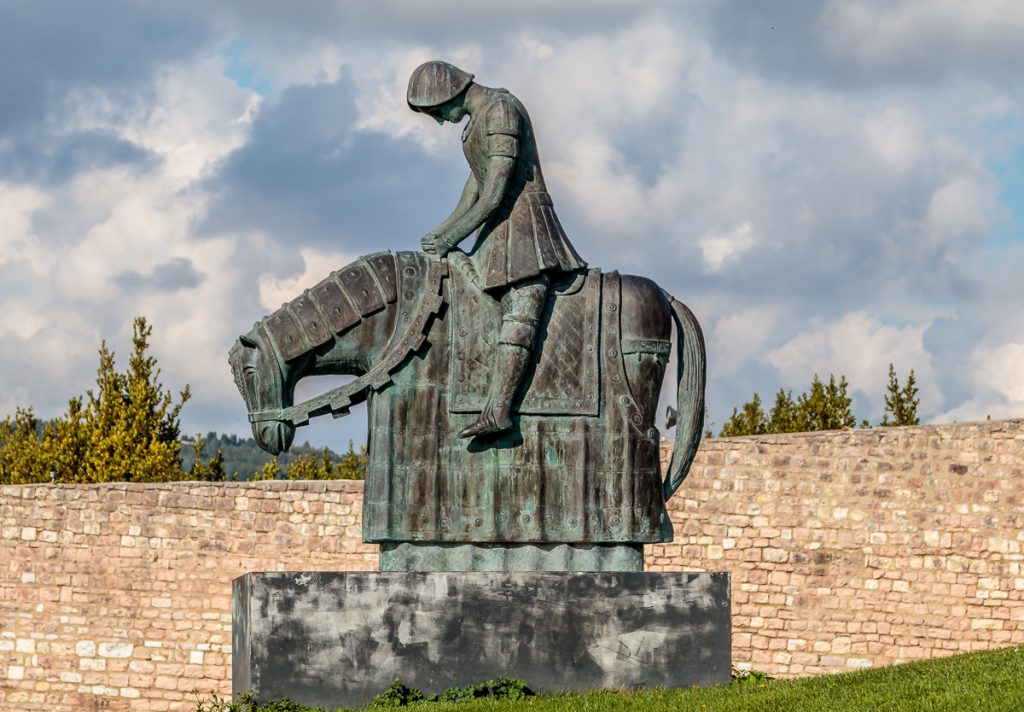 Statue of the Humble Return of Francis the Knight 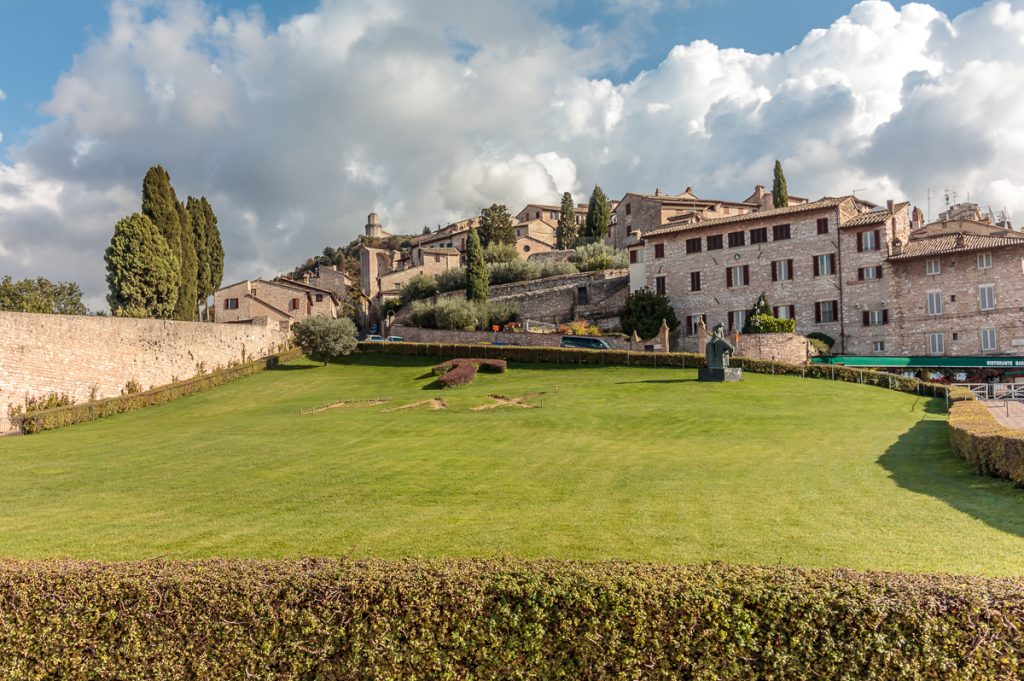 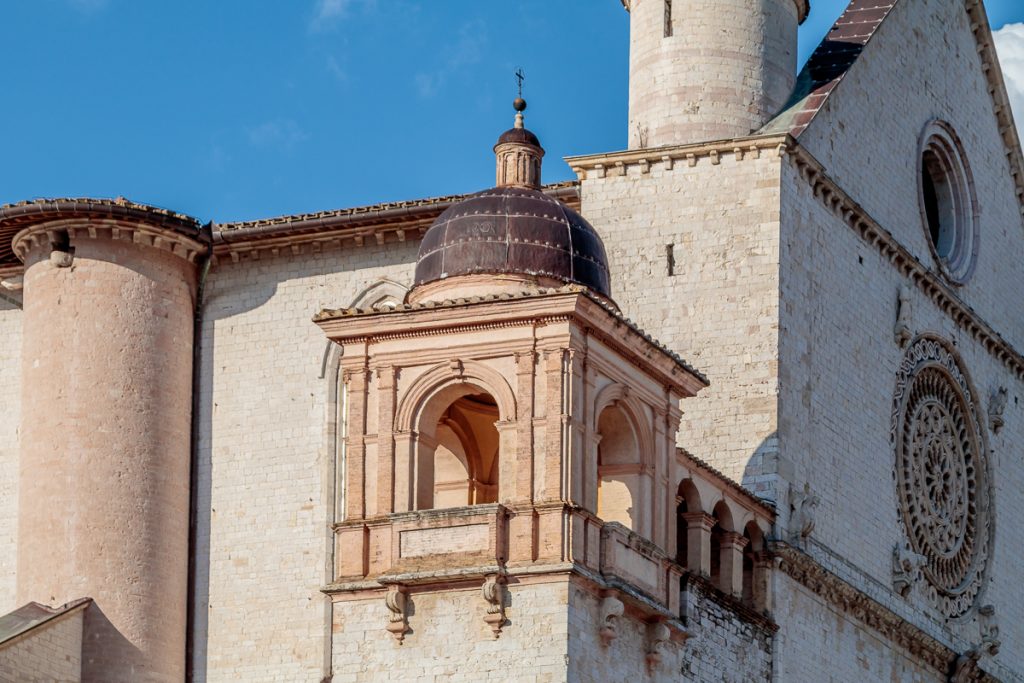 Detail of the Basilica 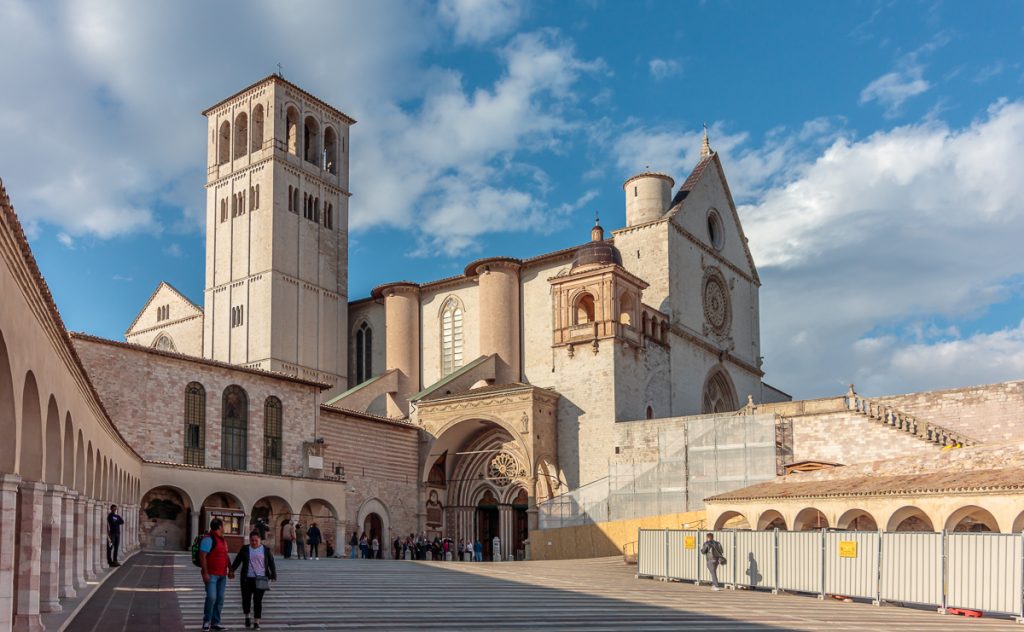 Detail of the Basilica

The interior is beautiful.  I took to photos before I saw the sign that indicated “No Photos”. 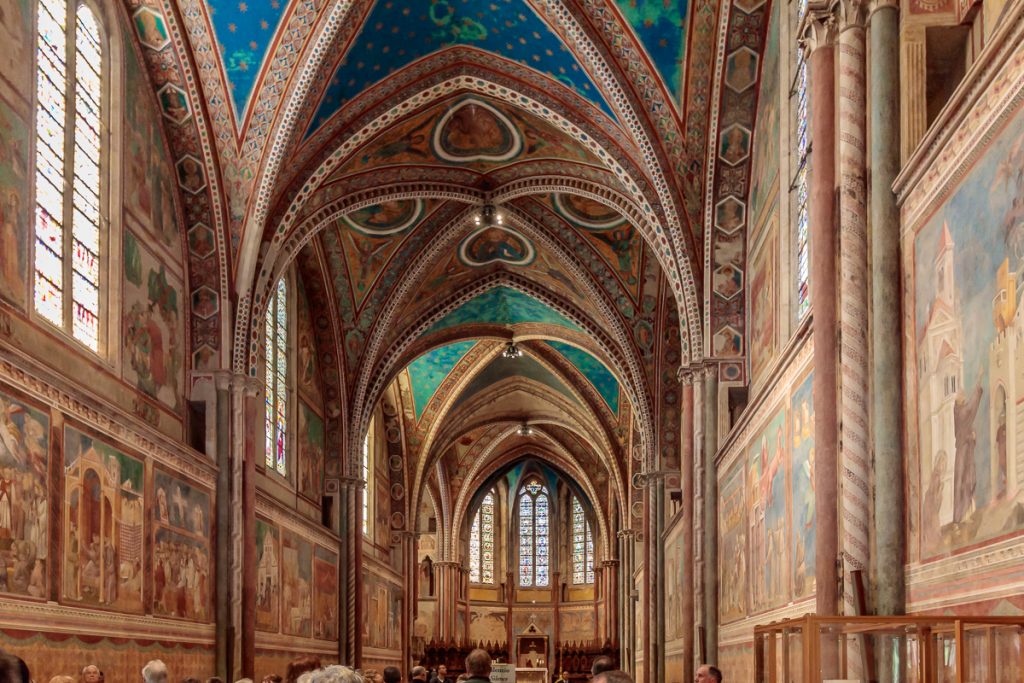 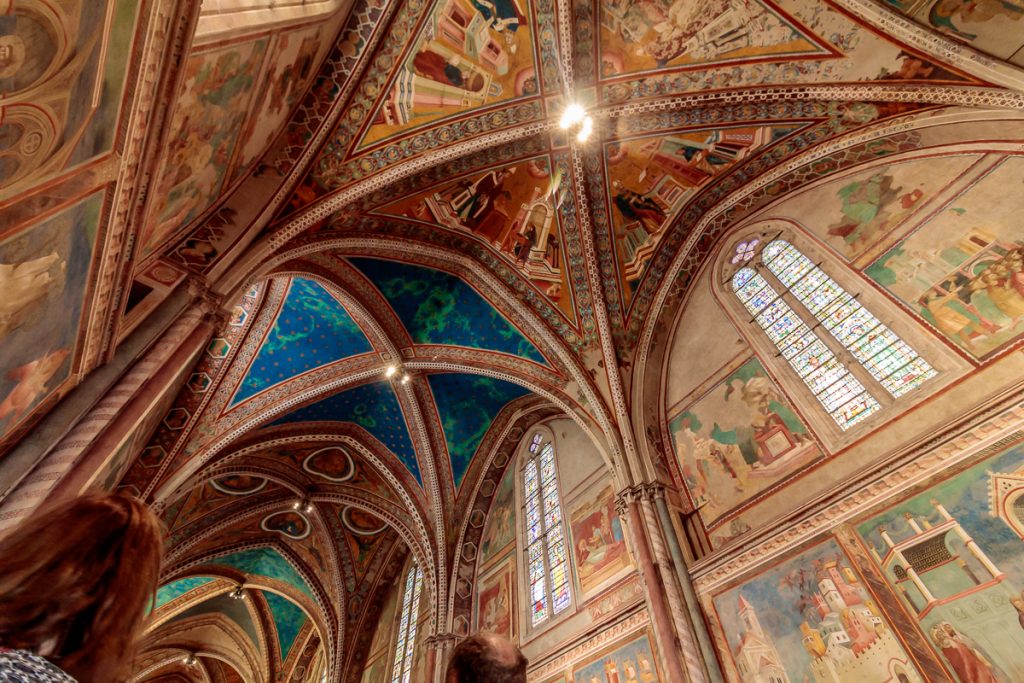 You can see in the image of the ceiling above that some of the frescos are damaged, likely due to earthquake activity in years past (not from the recent series of earthquakes 50-80 miles away).

There is an interior courtyard that we passed through on our way to mass.  Note the potted olive tree. 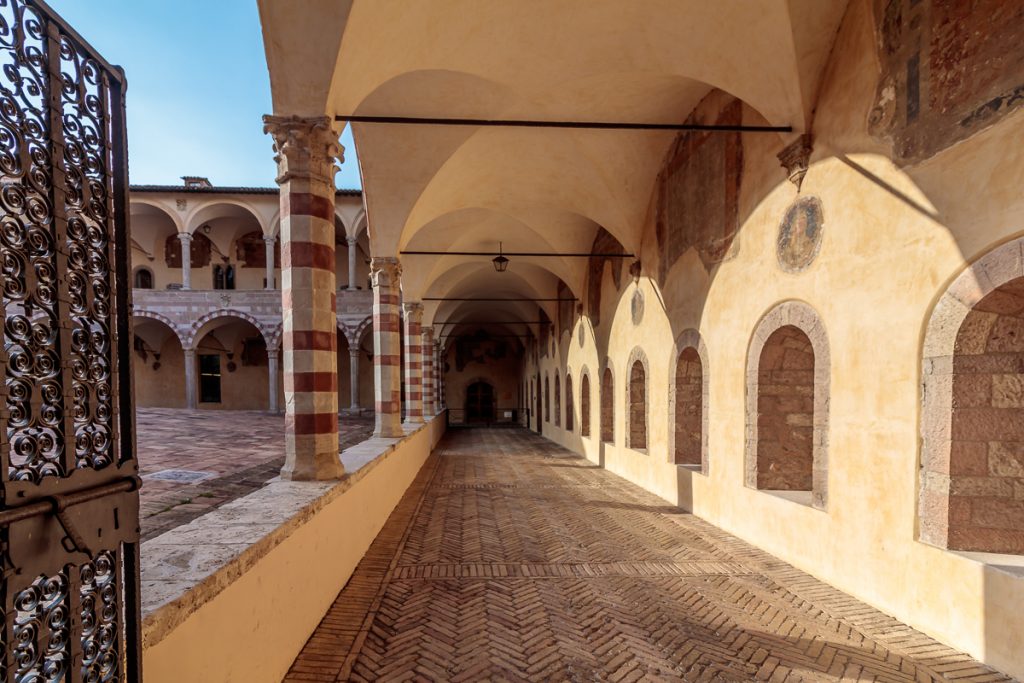 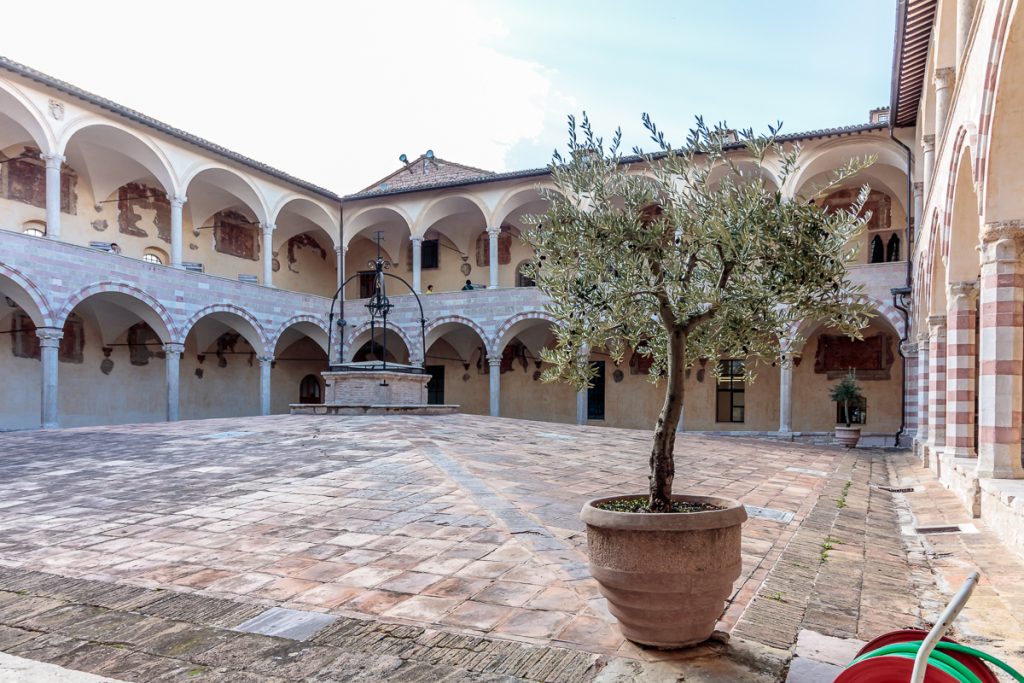 Back outside, there are more details to enjoy. 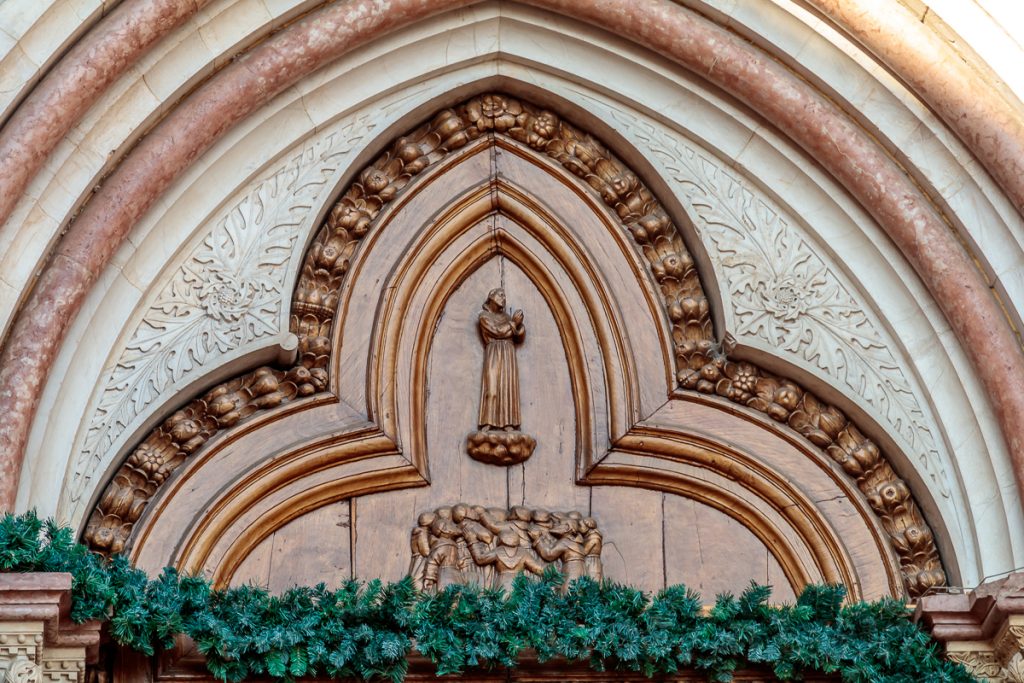 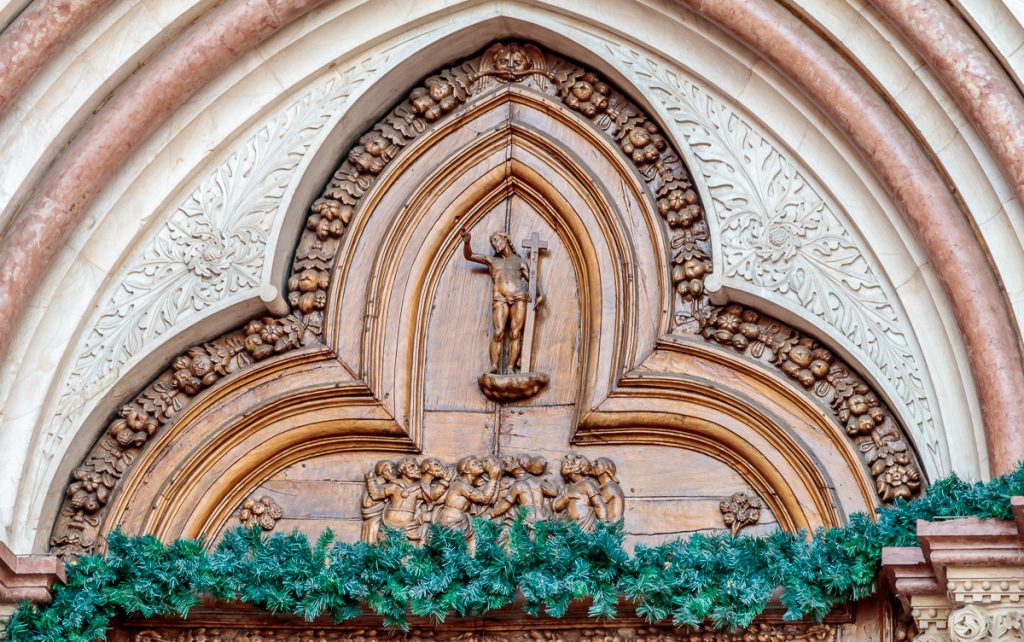 Note in the rosette below that each spoke is of a different design.  It appears that no two are alike.  But then, I could never make two alike if I tried.  (OK, I would have ended up with a large pile of marble dust.) 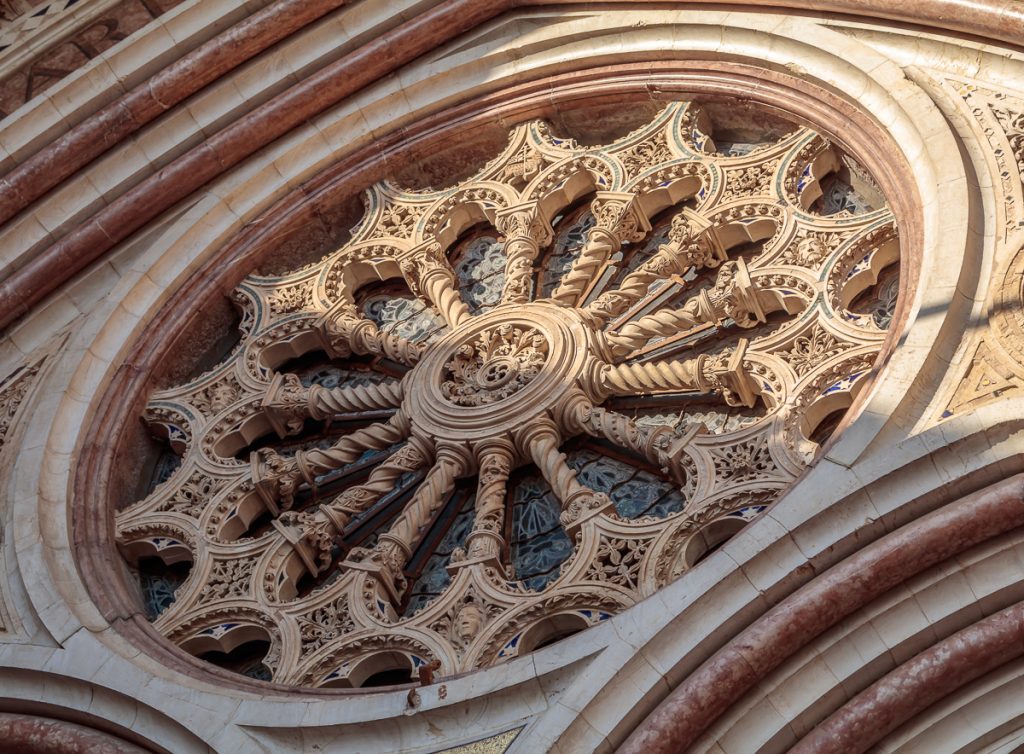 In the courtyard, the wall lined with arches also contained several relief sculptures. 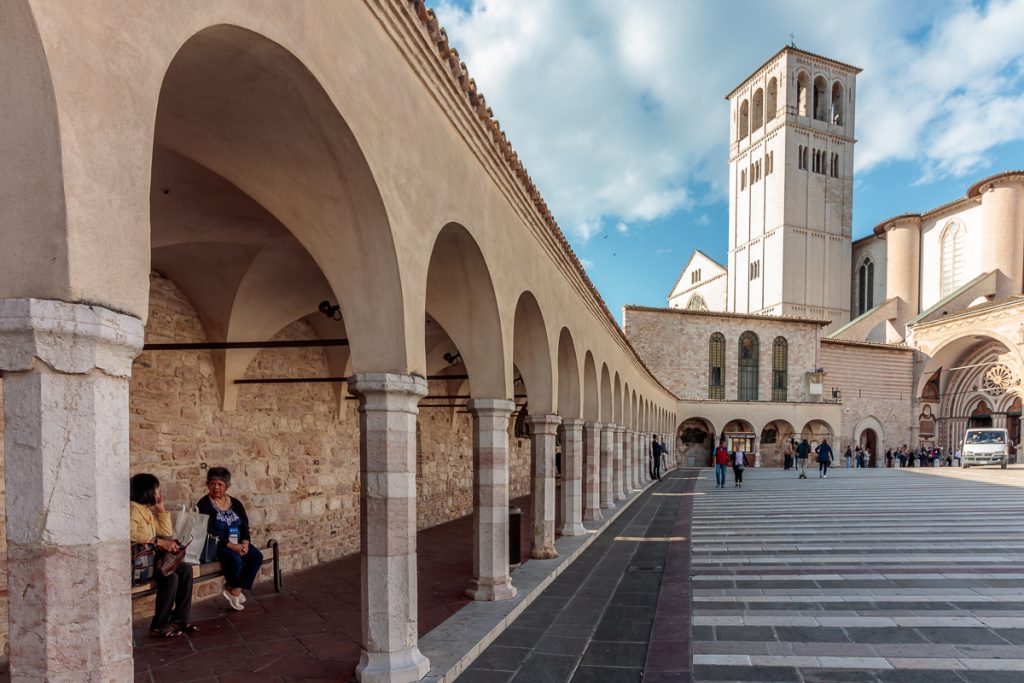 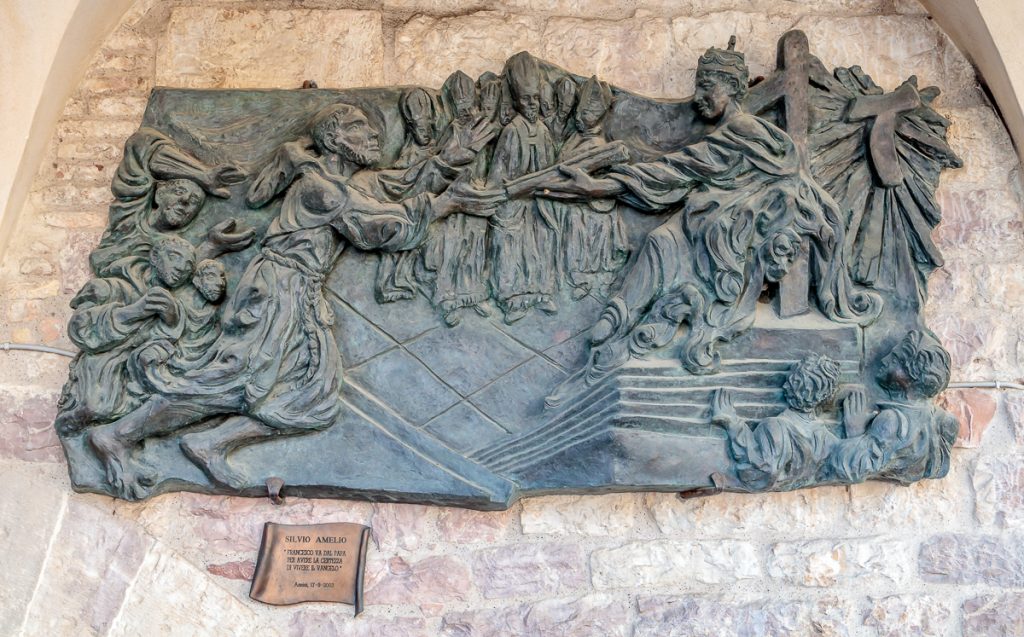 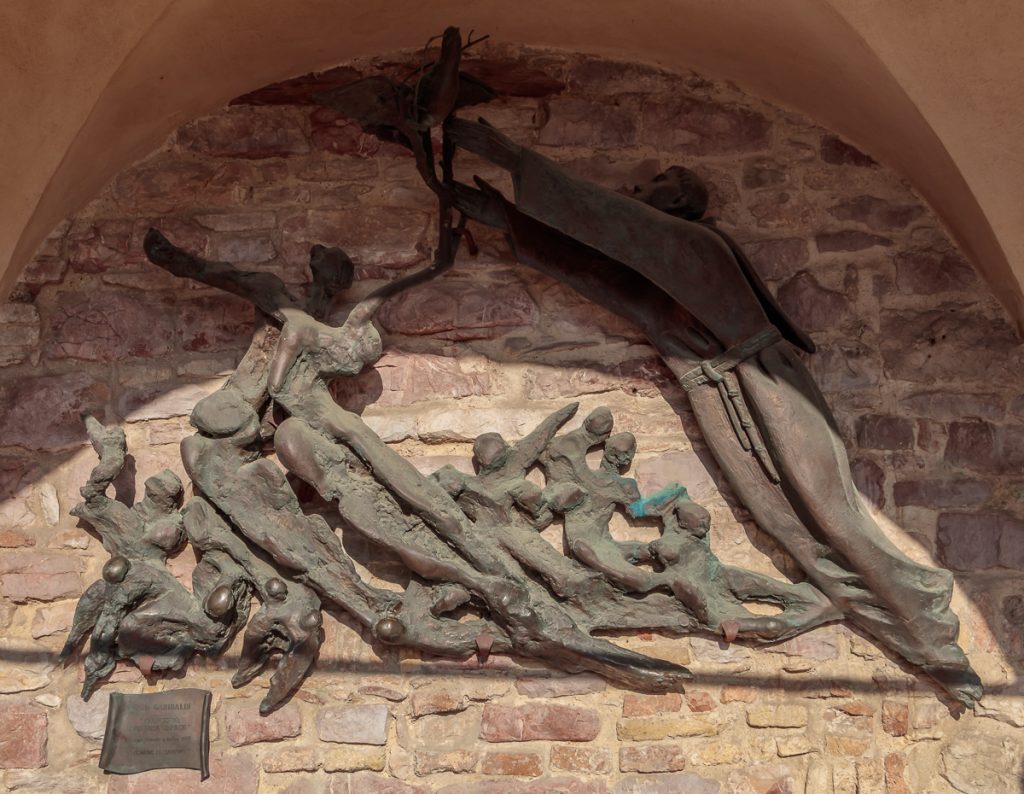 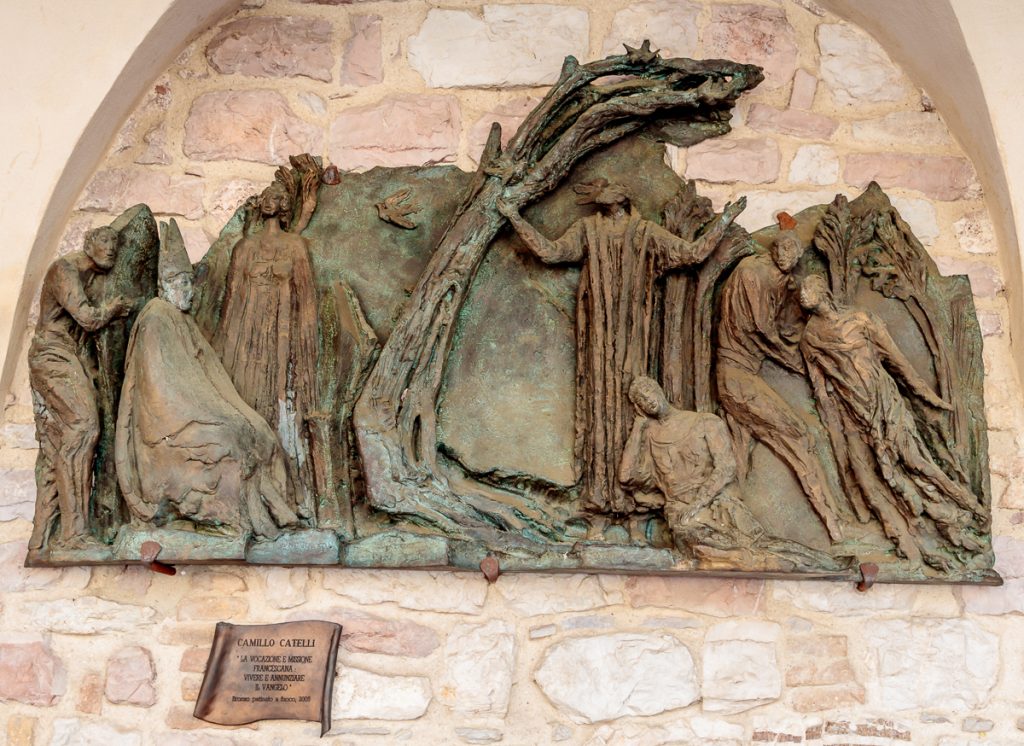 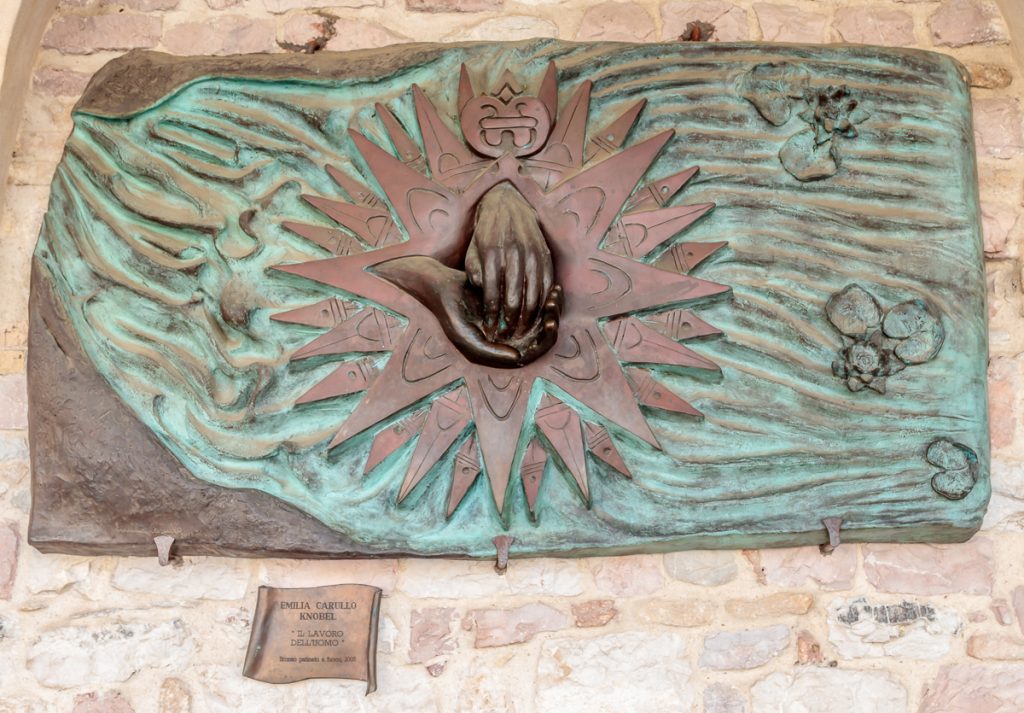 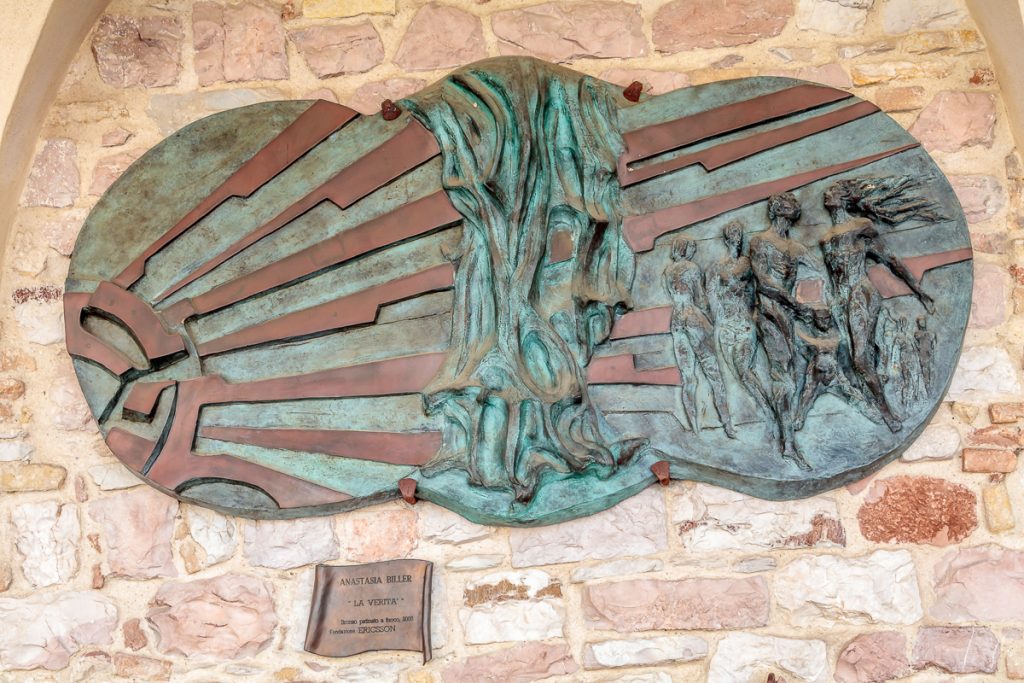 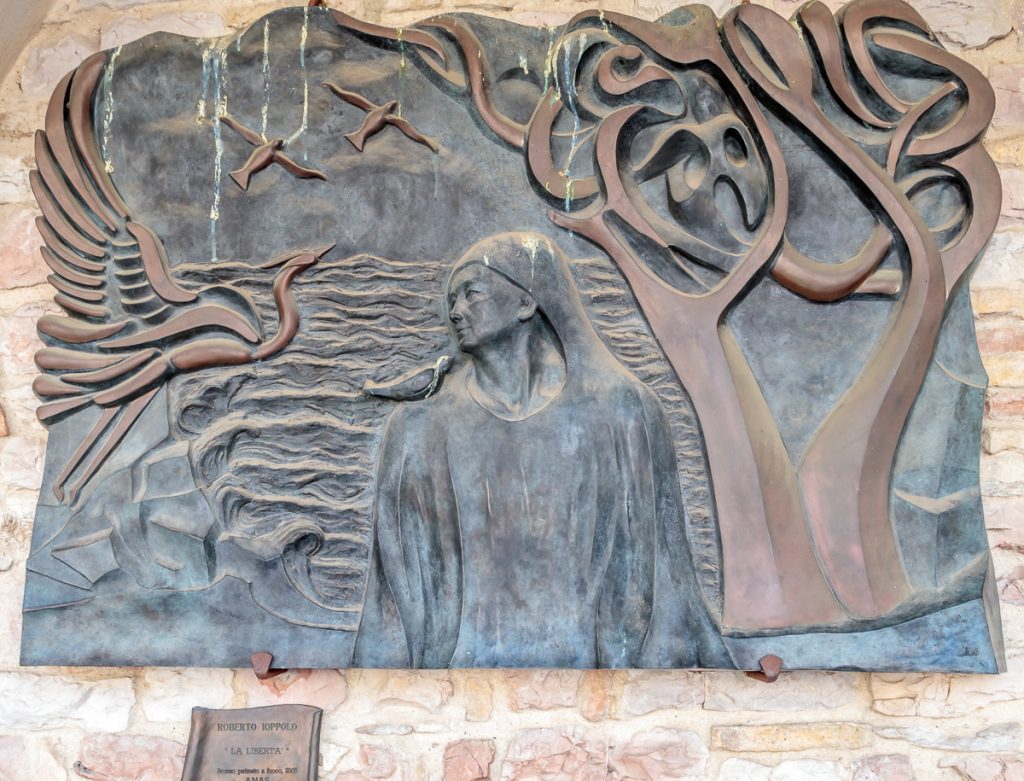 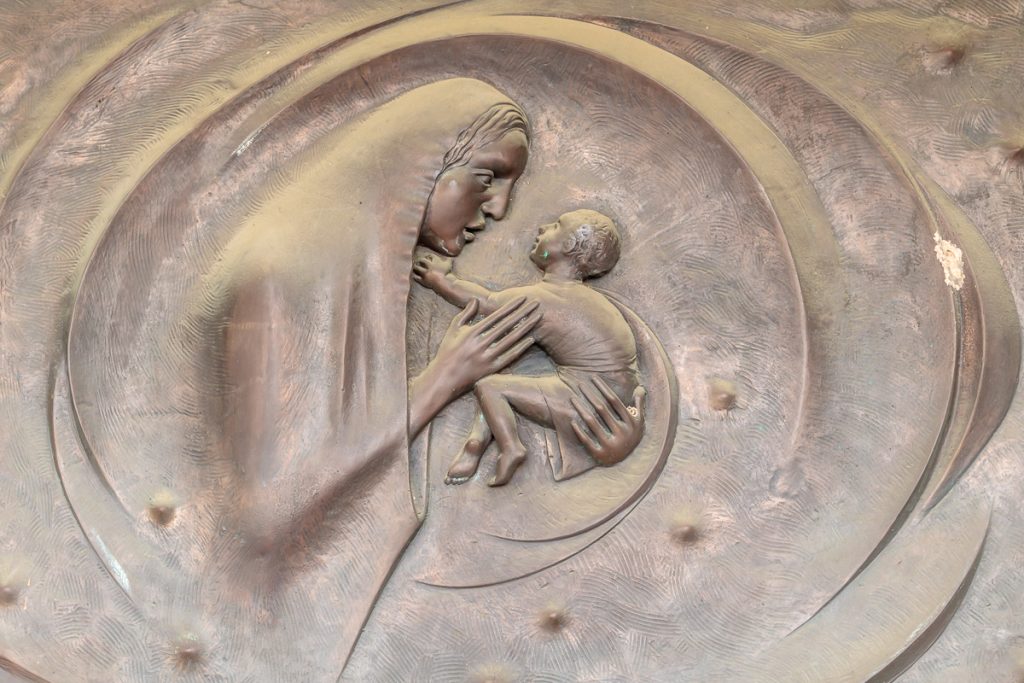 And so, with a final look over our shoulder, we say goodbye to the Basilica of St. Francis. 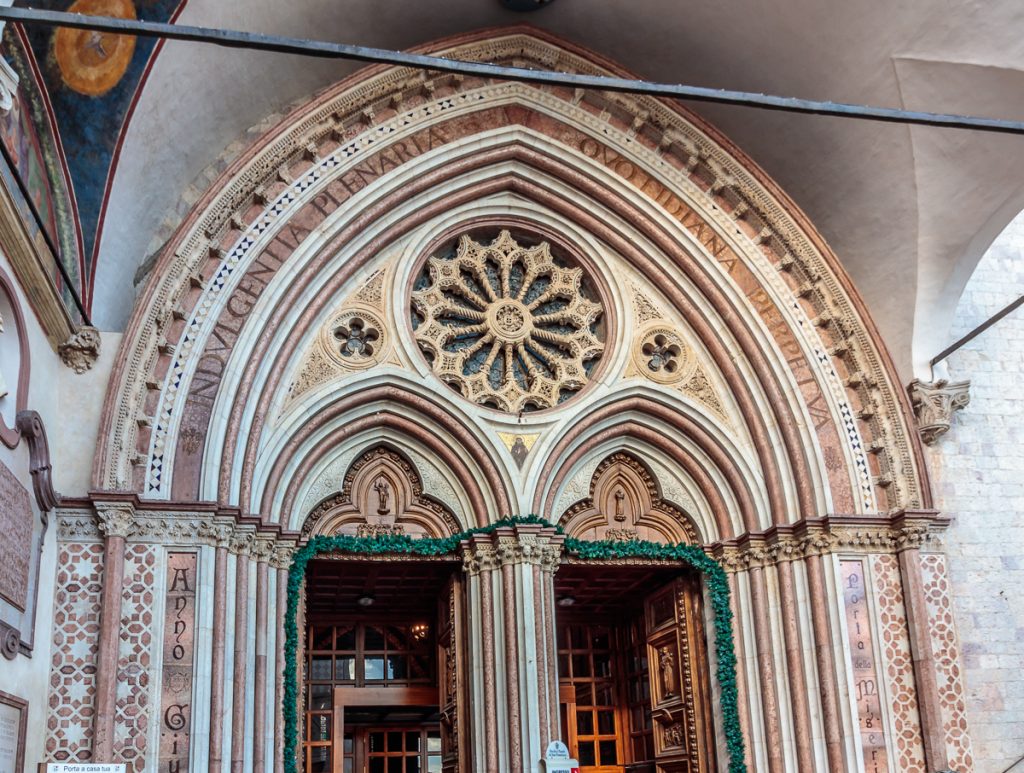 This entry was posted in Travel and tagged Assisi, Basilica of St. Francis, Italy.