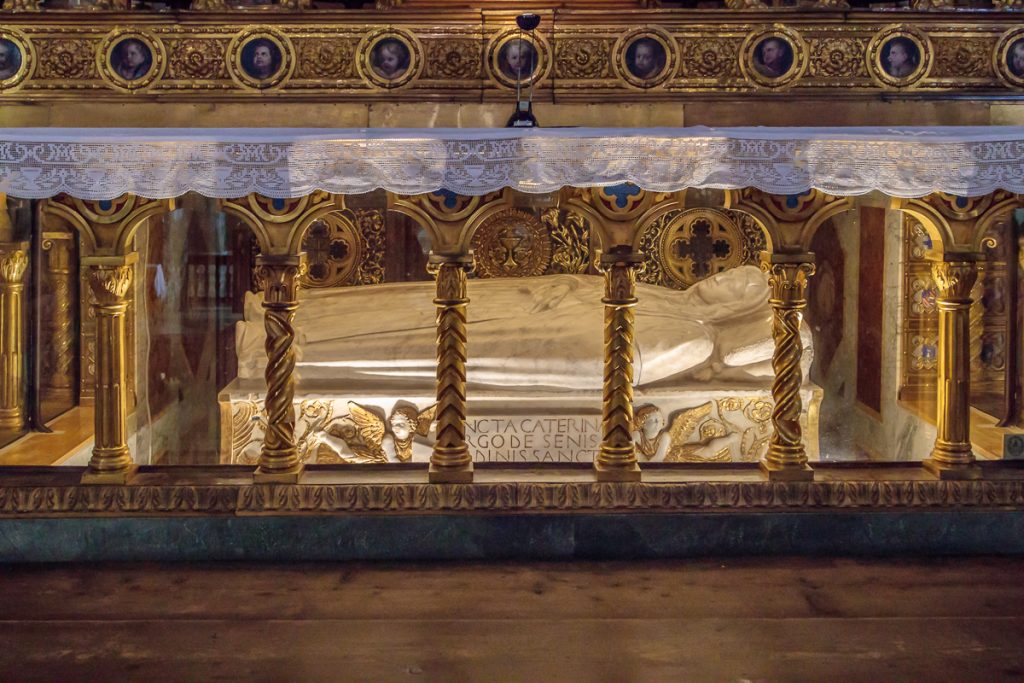 The church of Santa Maria sopra Minerva is just behind the Pantheon.  Its most distinguishing feature from the outside is a statue of an elephant with an obelisk on its back.  More on that later.  However, this church contains the remains of Saint Catherine of Siena.  Recall from our trip to Siena that St. Catherine’s head is on display in Basilica Cateriniana San Domenico while her […]