Rome – Some Scenes from the Street

Well, we’ve visited many of the true wonders in Rome.  Now, we’ll visit some of the other places I passed by along the way.

In 1629 Pope Urban VIII asked Gian Lorenzo Bernini to sketch possible renovations to an earlier fountain, but the project was abandoned when the pope died. Though Bernini’s project was never constructed, there are many Bernini touches in the fountain as it exists today. 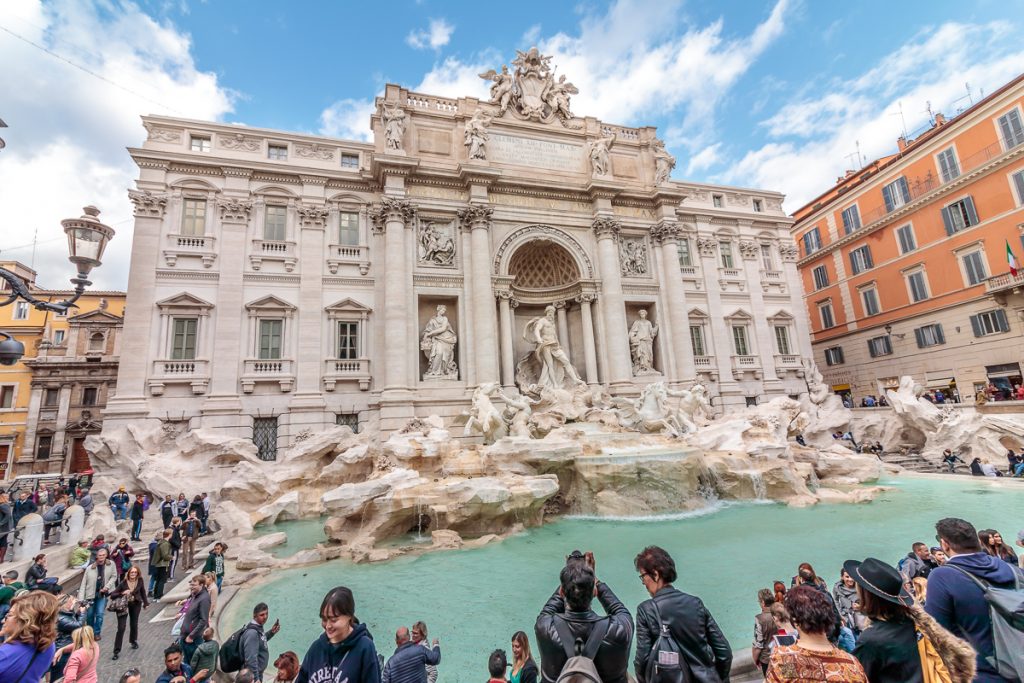 Nicola Salvi was eventually awarded the commission. Work began in 1732 and the fountain was completed in 1762, long after Salvi’s death, when Pietro Bracci’s Oceanus (god of all water) was set in the central niche. 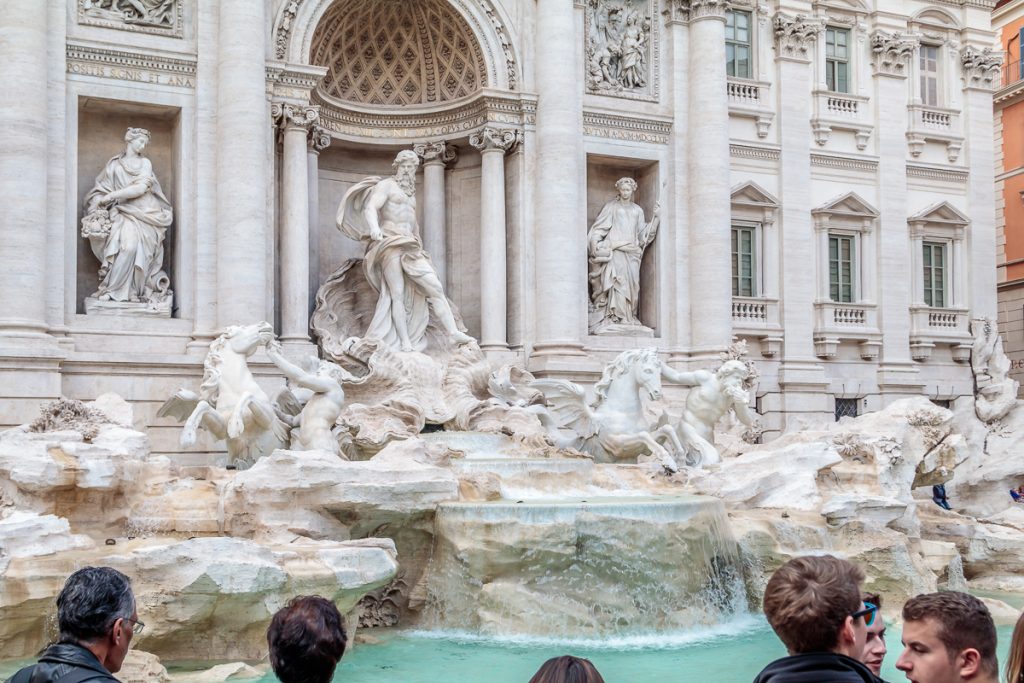 Tradition holds that throwing of a coin into the fountain from the right hand over the left shoulder is meant to ensure that you will return to Rome in the future.  The legend was extended in the film  “Three Coins in the Fountain”.  This legend claims that you should throw three coins into the fountain. The first coin guarantees your return to Rome, the second will ensure a new romance, and the third will ensure marriage.  So, throw the second and third coins at your own risk. 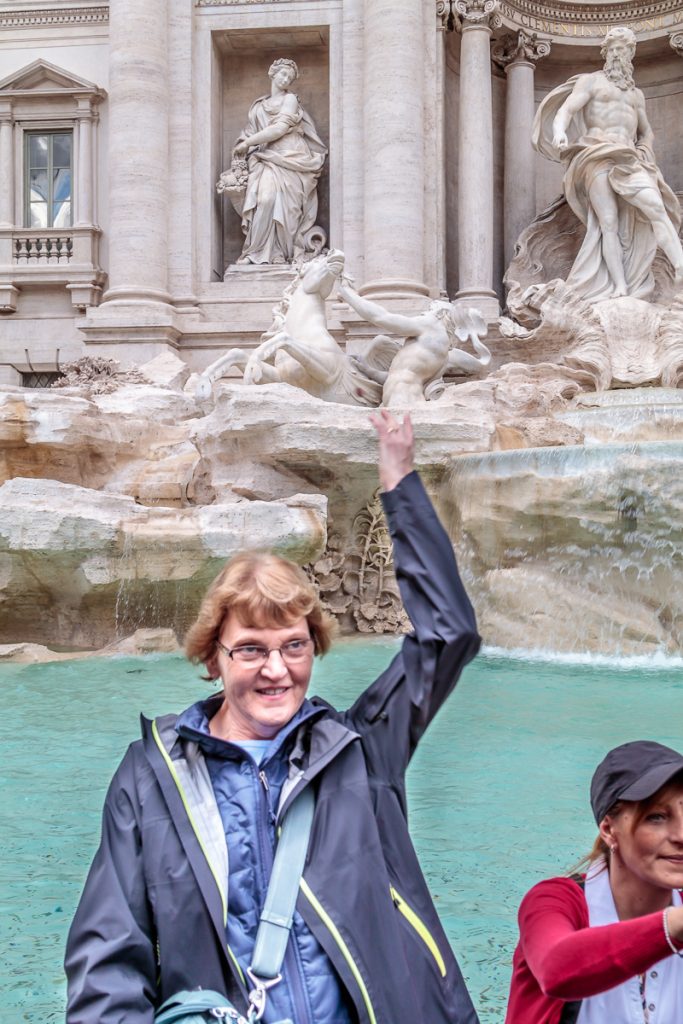 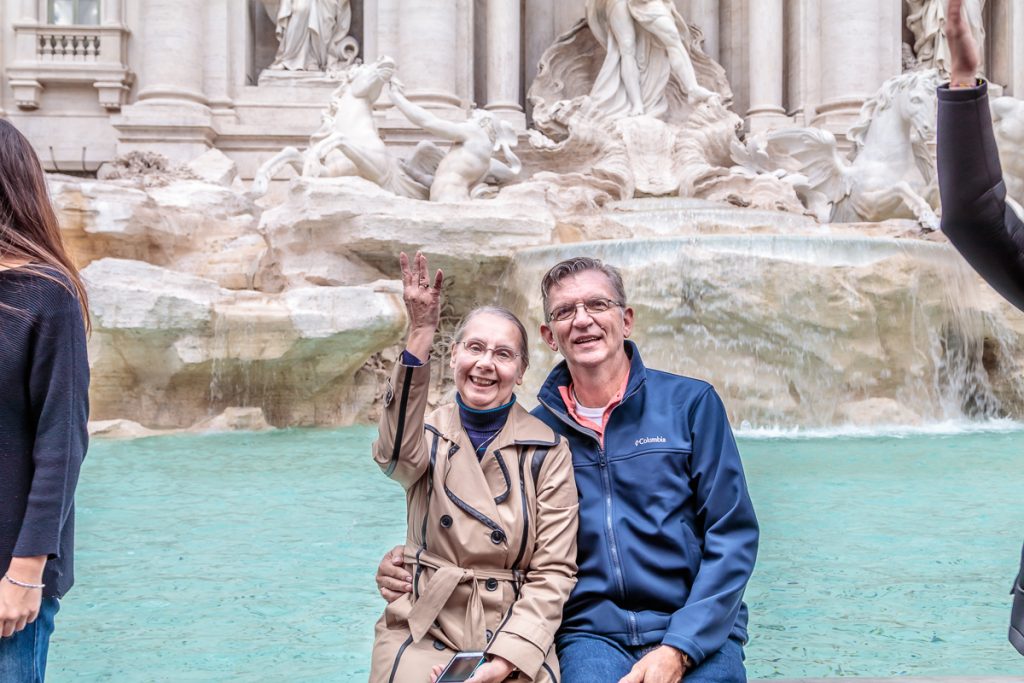 An estimated 3,000 Euros are thrown into the fountain each day. The money has been used to subsidize a supermarket for Rome’s needy.

Monumento Nazionale a Vittorio Emanuele II (“National Monument to Victor Emmanuel II”), also known as The “Altare della Patria”  (“Altar of the Fatherland”), is a monument built in honor of Victor Emmanuel, the first king of a unified Italy. The eclectic structure was completed in 1925.

The Vittoriano features stairways, Corinthian columns, fountains, an equestrian sculpture of Victor Emmanuel and two statues of the goddess Victoria riding on quadrigas. The structure is 443 feet wide and 230 feet high. If the quadrigae and winged victories are included, the height reaches 266 feet. It has a total area of 4.2 acres. 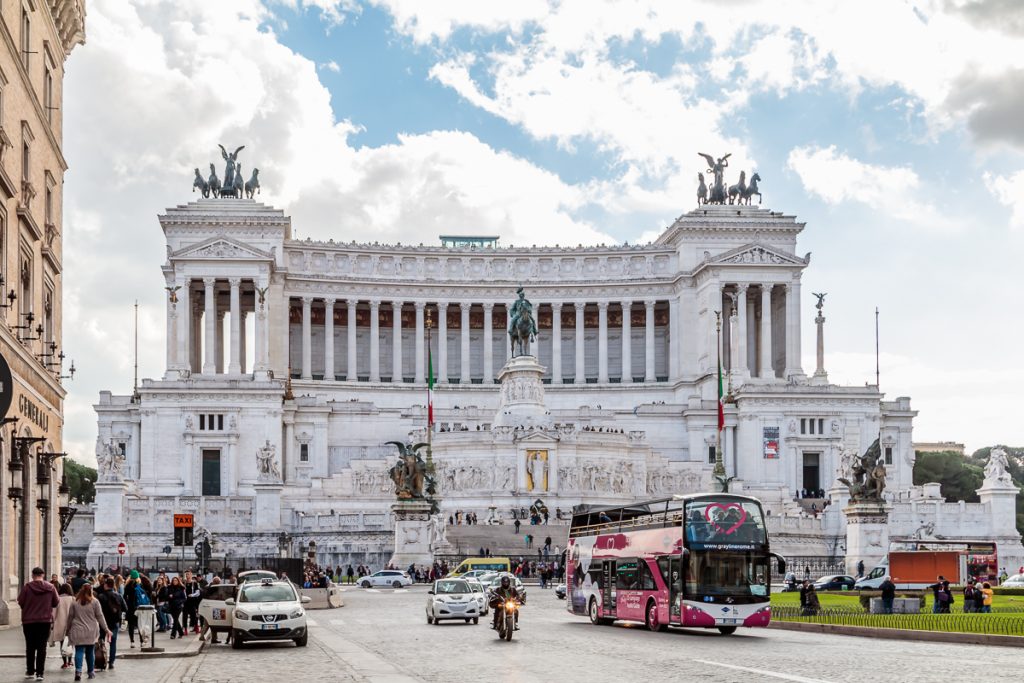 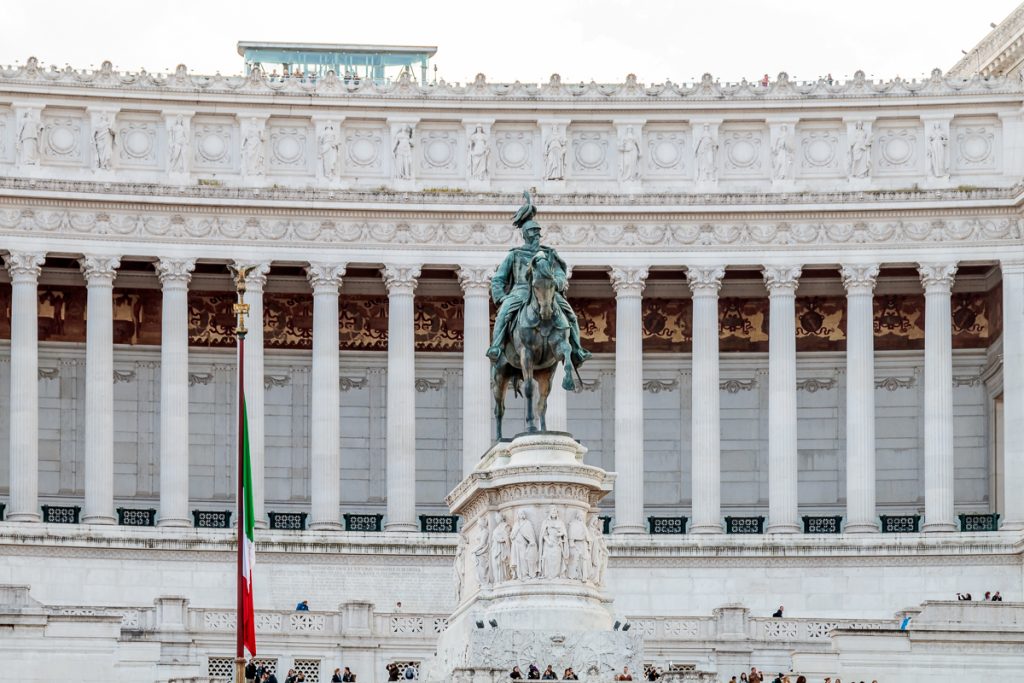 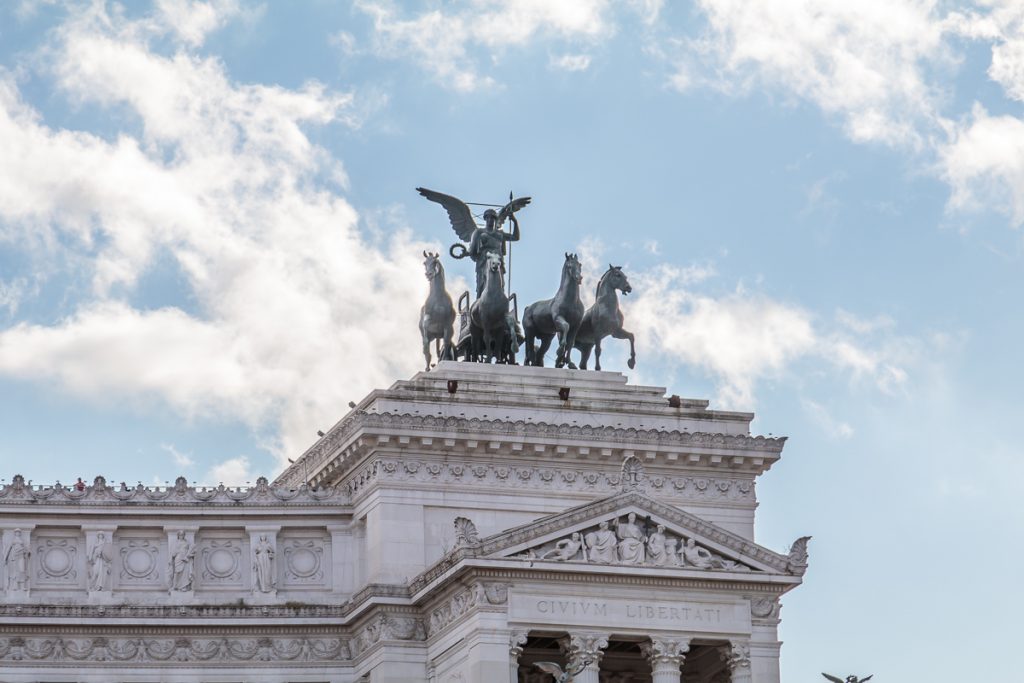 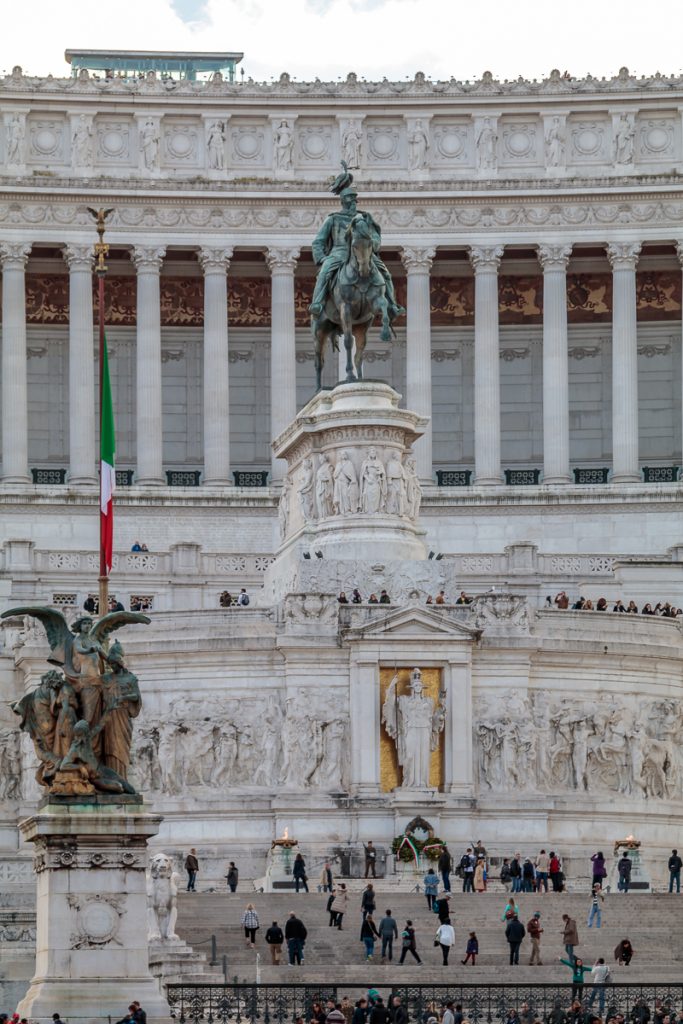 The Roman Forum is a rectangular forum (plaza) surrounded by the ruins of several important ancient government buildings at the center of the city of Rome. Citizens of the ancient city referred to this space, originally a marketplace, as the Forum Magnum, or simply the Forum.

It was for centuries the center of Roman public life: the site of triumphal processions and elections; the venue for public speeches, criminal trials, and gladiatorial matches; and the nucleus of commercial affairs. Here statues and monuments commemorated the city’s great men. The teeming heart of ancient Rome, it has been called the most celebrated meeting place in the world, and in all history. 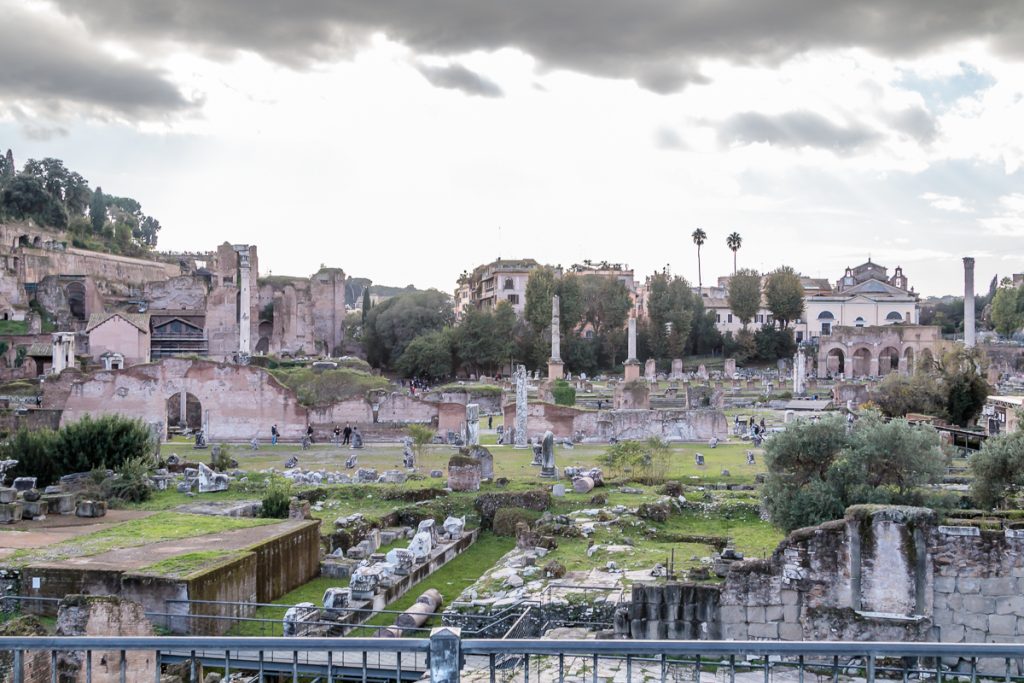 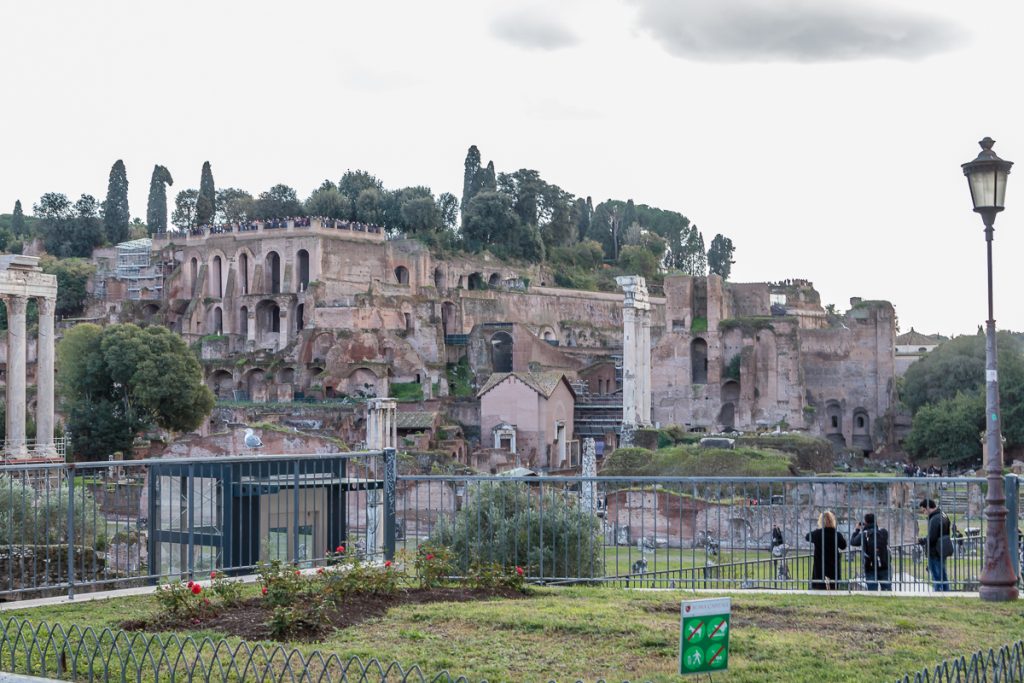 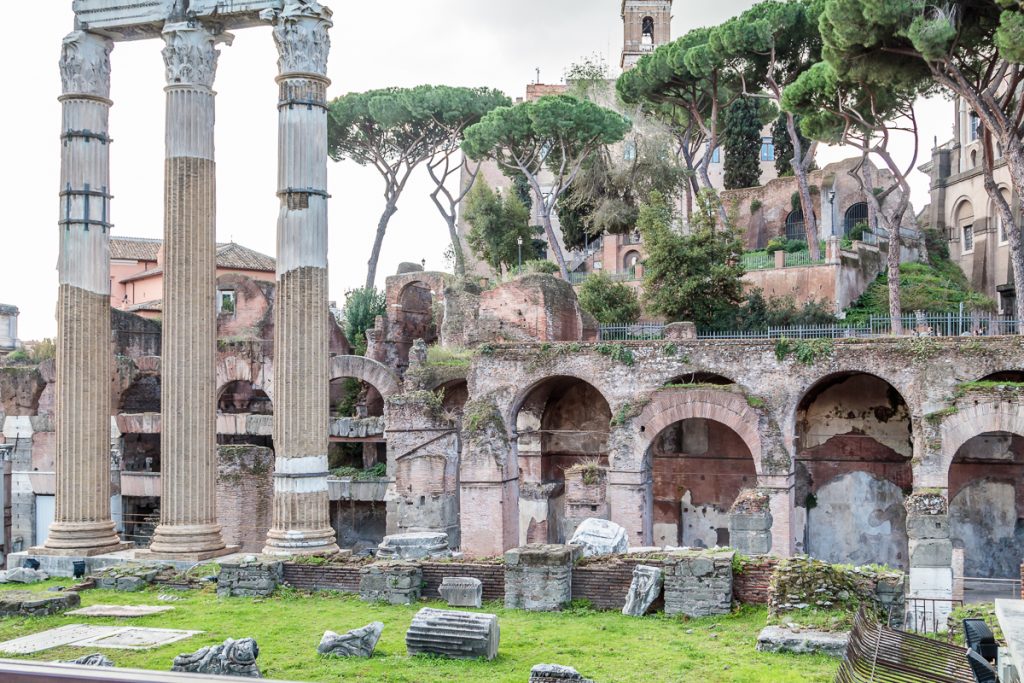 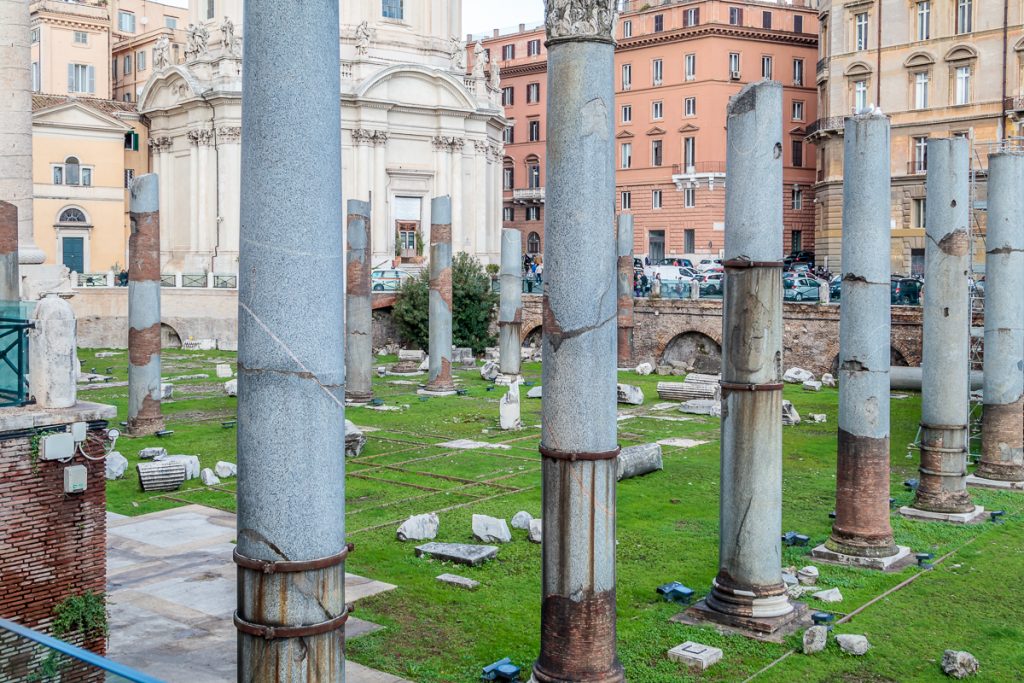 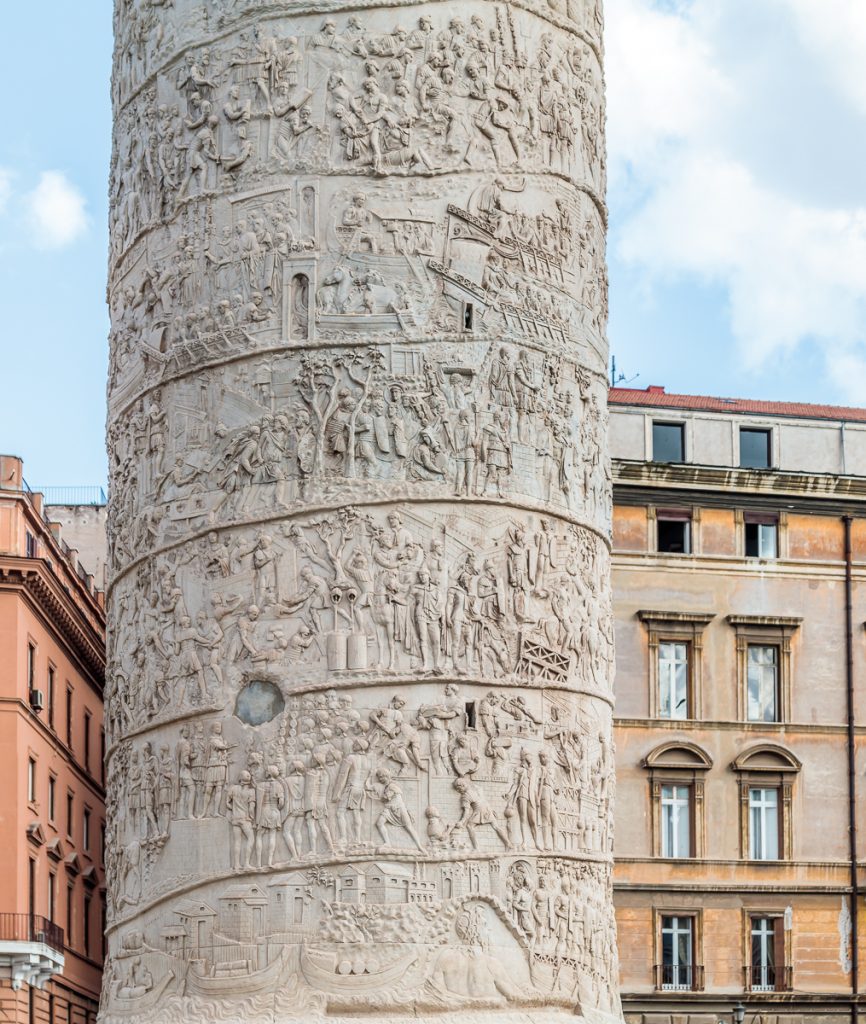 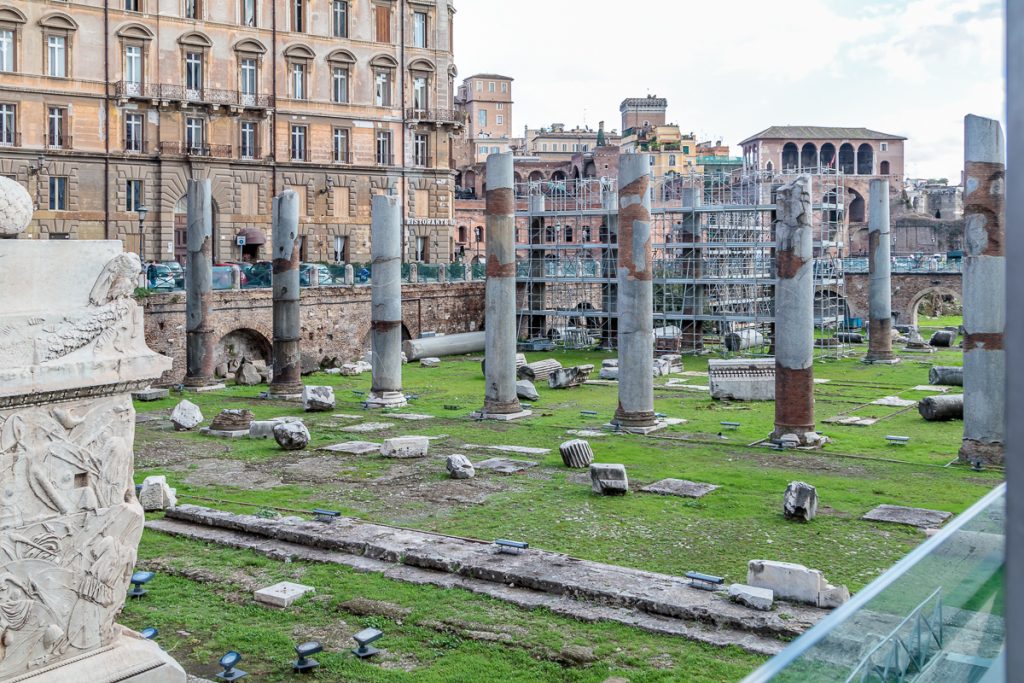 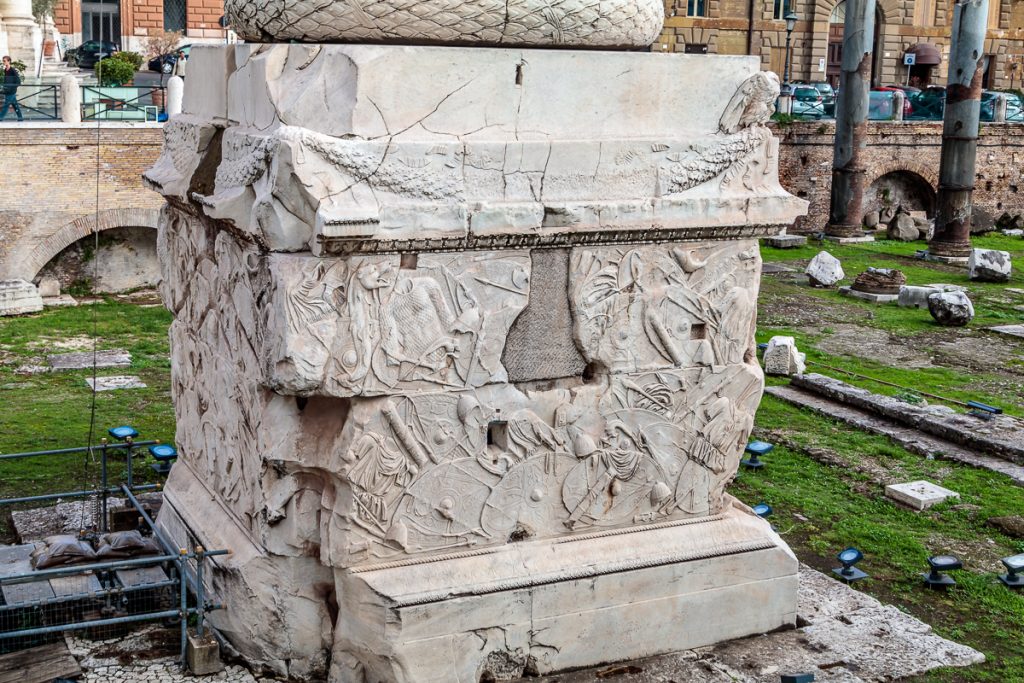 The Church of Santi Michele e Magno (Saints Michael and Magnus) is dedicated to Saint Michael the Archangel and the Bishop Saint Magnus of Anagni.  It is located just outside the collonade of St. Peter’s Piazza. 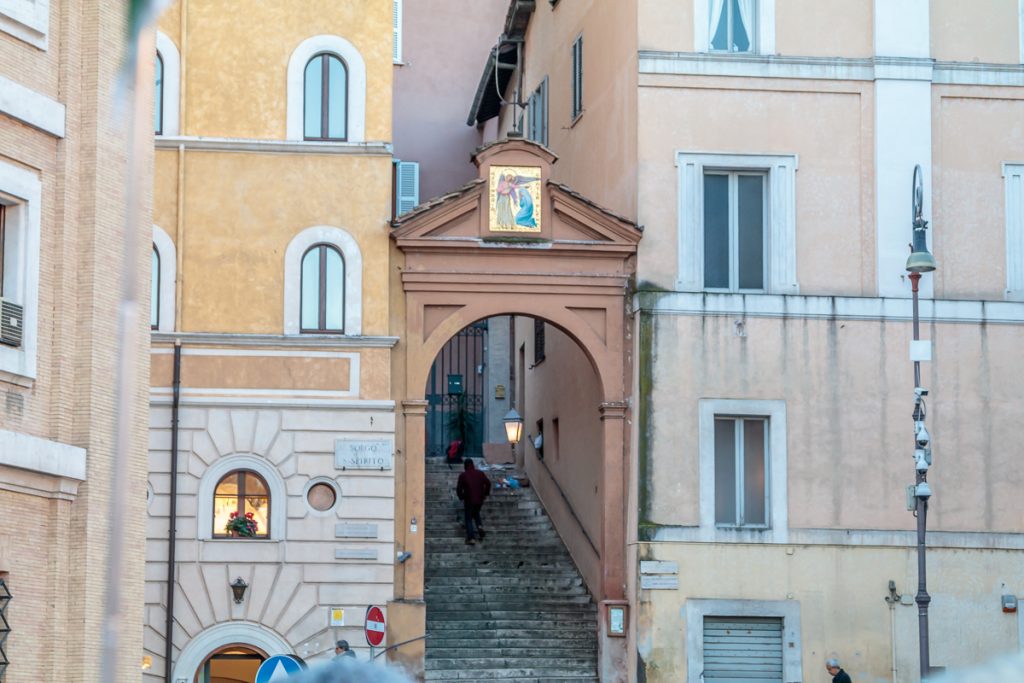 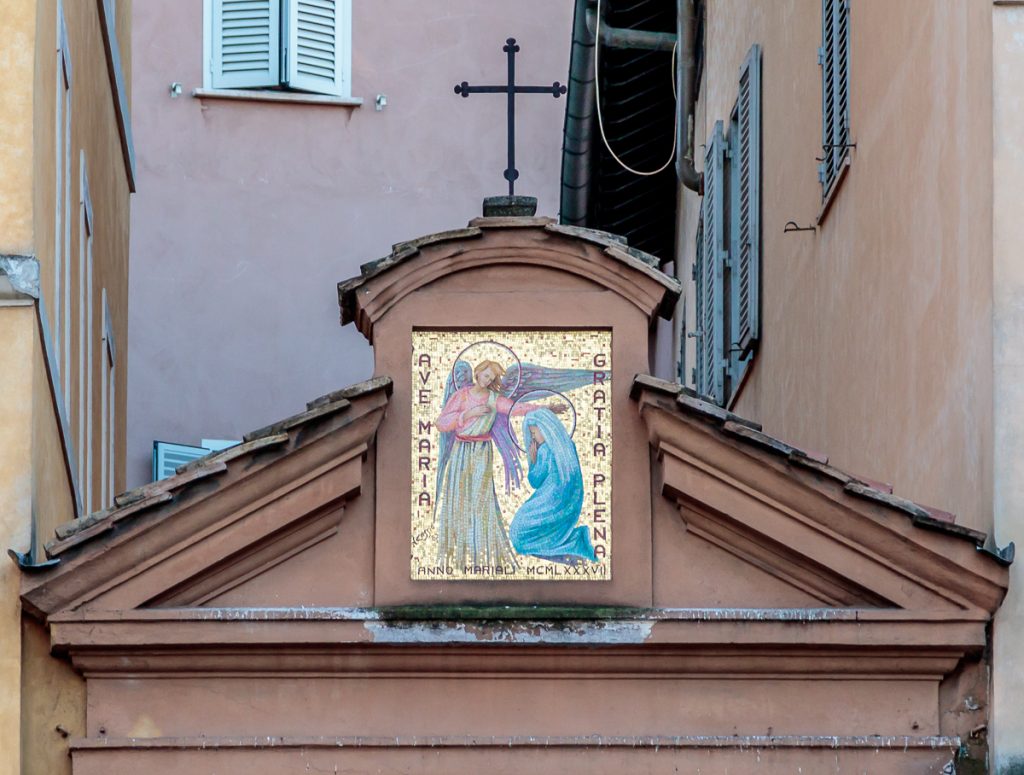 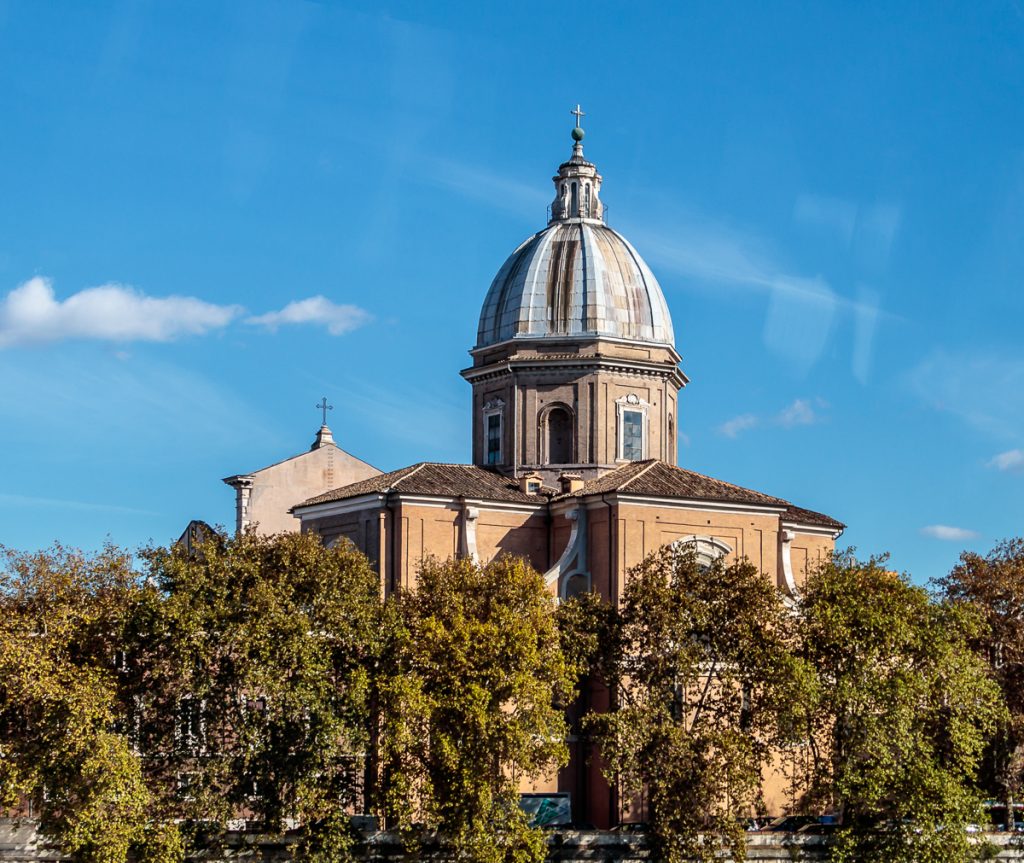 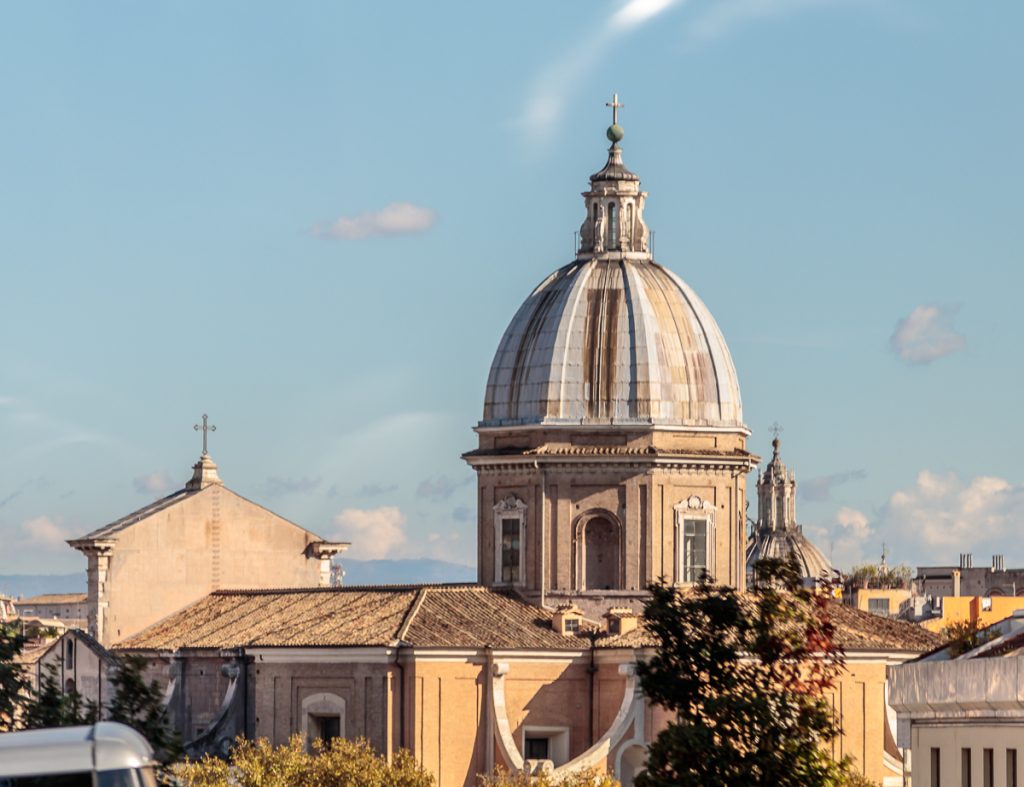 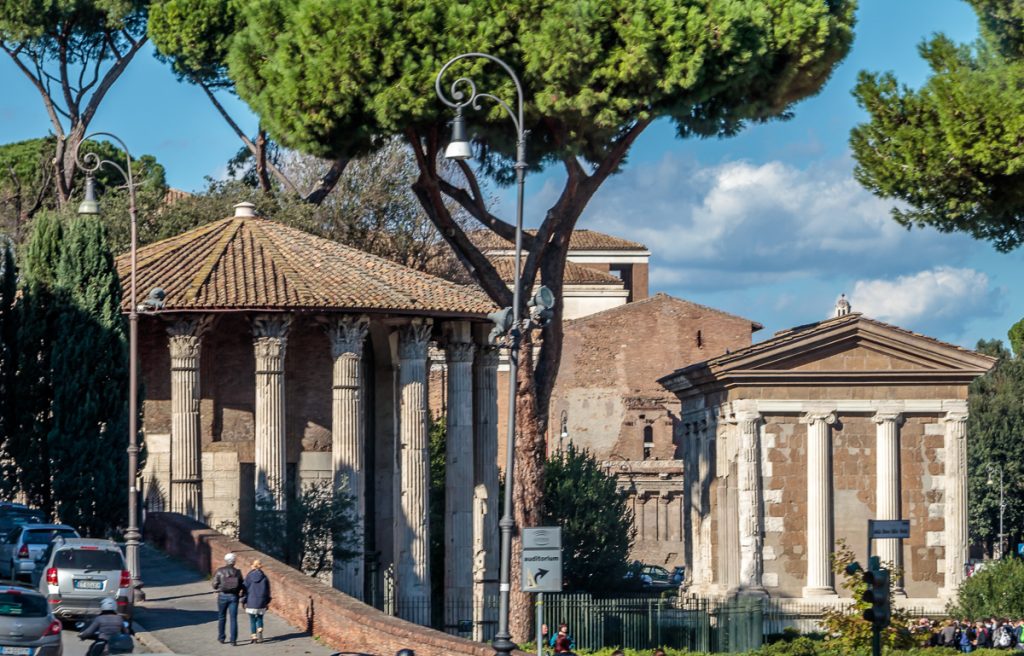 This monument was on the side of a building.  The inscription reads “I postelegrafonici d’italia auspice il comitato di azione patriottica qui vollero eternati I nomi dei loro compagni di lavoro caduti gloriosamente per la grandezza della patria” – “The postal workers in Italy under the auspices of the Patriotic Action Committee here wanted immortalized the names of their fellow workers fallen gloriously for the greatness of the country.” 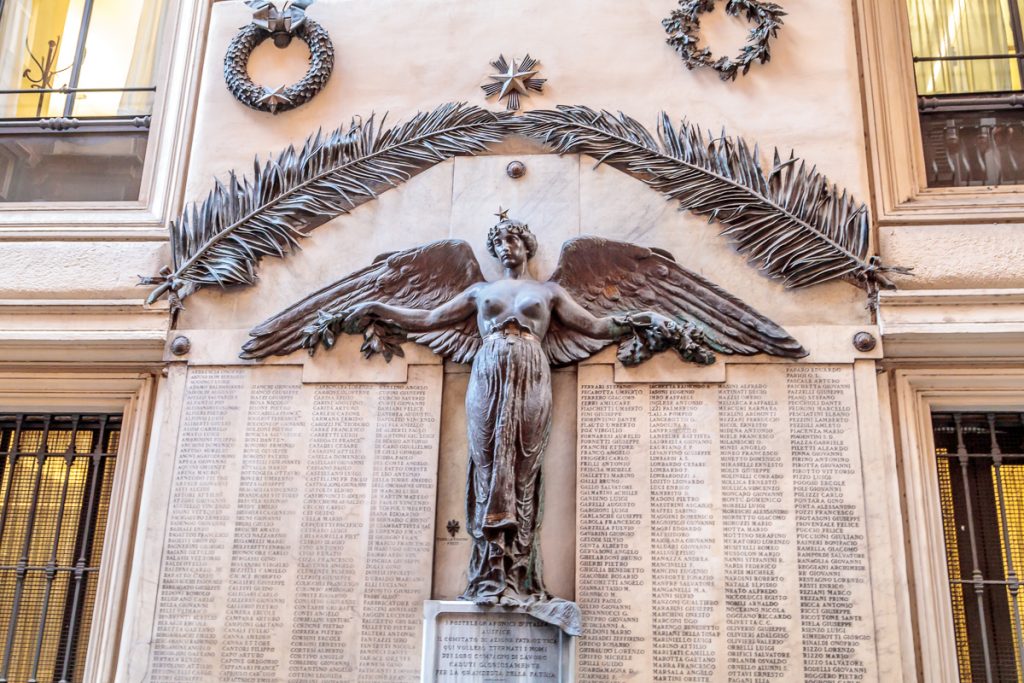 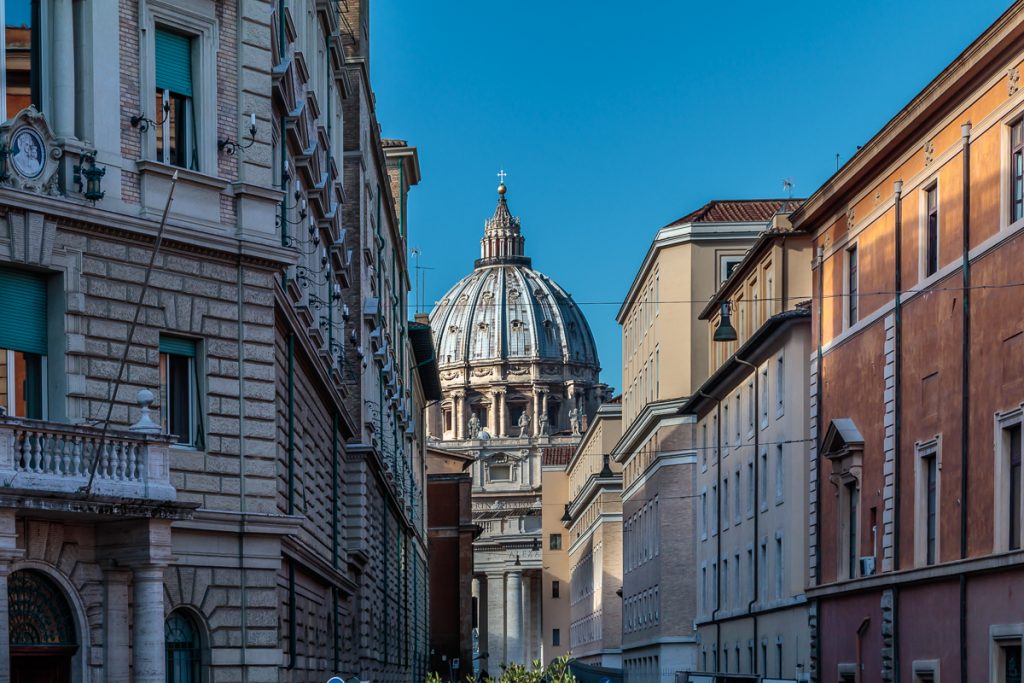 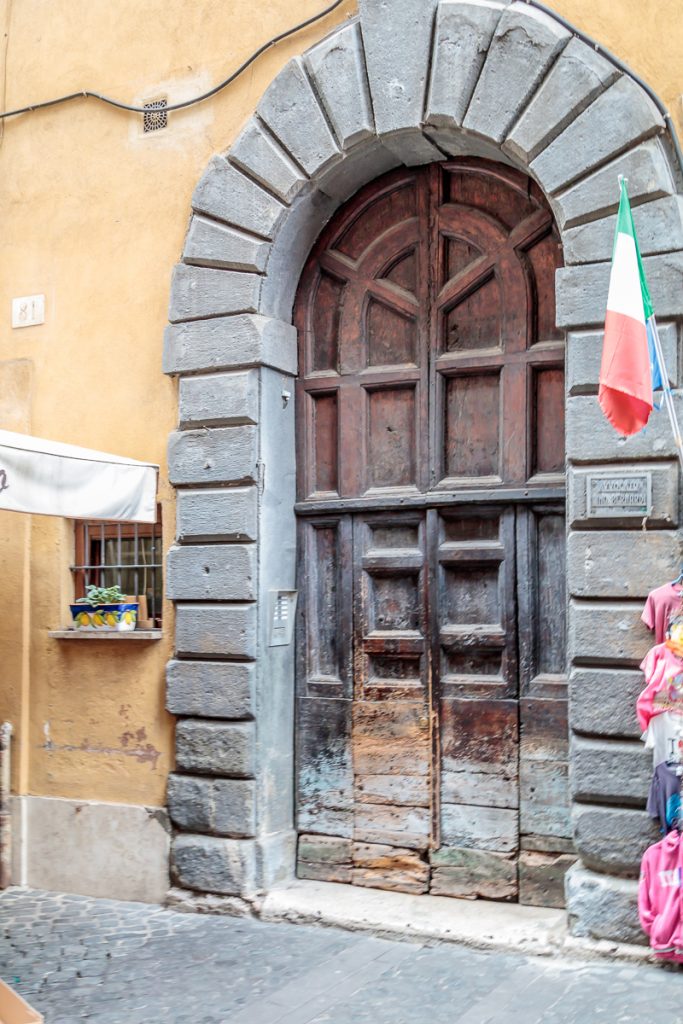 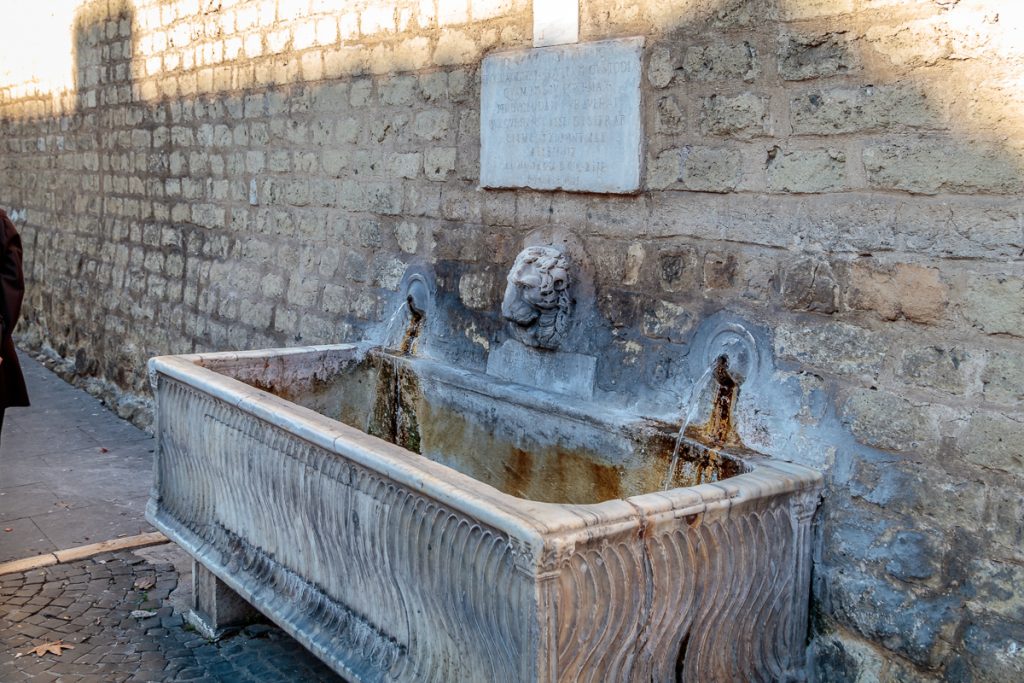 Remember the evening at dinner when we were serenaded with voice and accordion.  Someone from the group was selected to dance.  Here’s the video proof.  Thanks to Lisa Siebert for capturing this and sending it my way.

Make sure your sound is turned on!

While wandering around Rome (admittedly lost at the time), a brief rain shower came up followed by the sun.  This was on our last day in Rome and it seems fitting that this double rainbow should appear for us as a sign of good fortune. 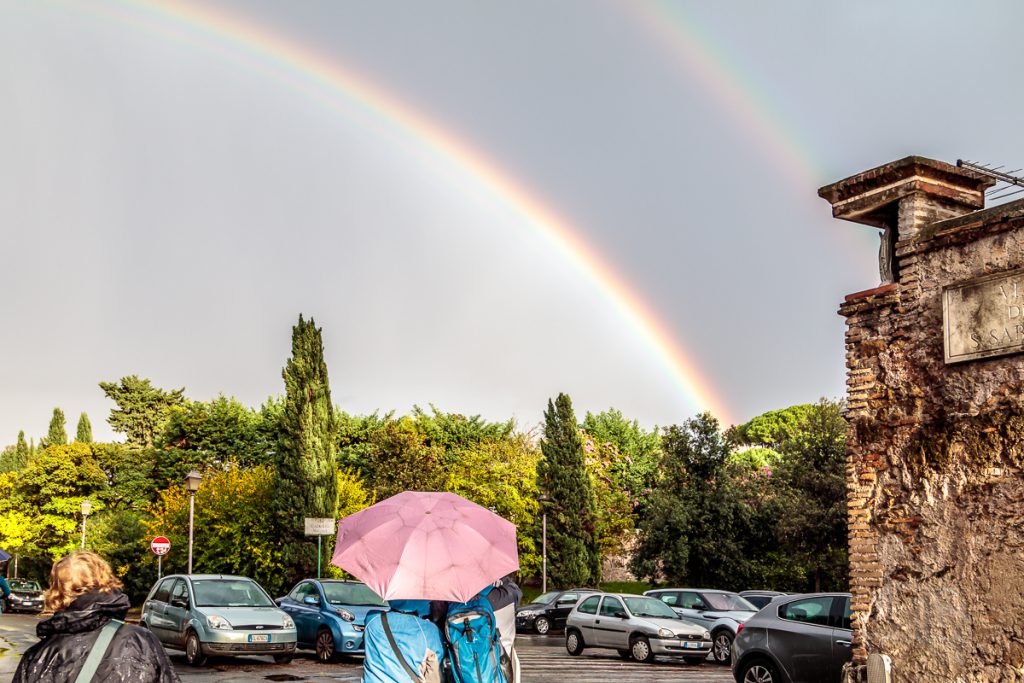 So, between the coin tossed in to Trevi Fountain and the rainbow, I feel confident of a return to Rome someday.

Again, all facts were from WikiPedia.