This final post from the Accademia Galleria will show other works not yet covered.  The first was an unexpected find, another of Michelangelo’s Pietas.  Apparently he sculpted several of these with the most famous housed in St. Peter’s basilica in Rome. 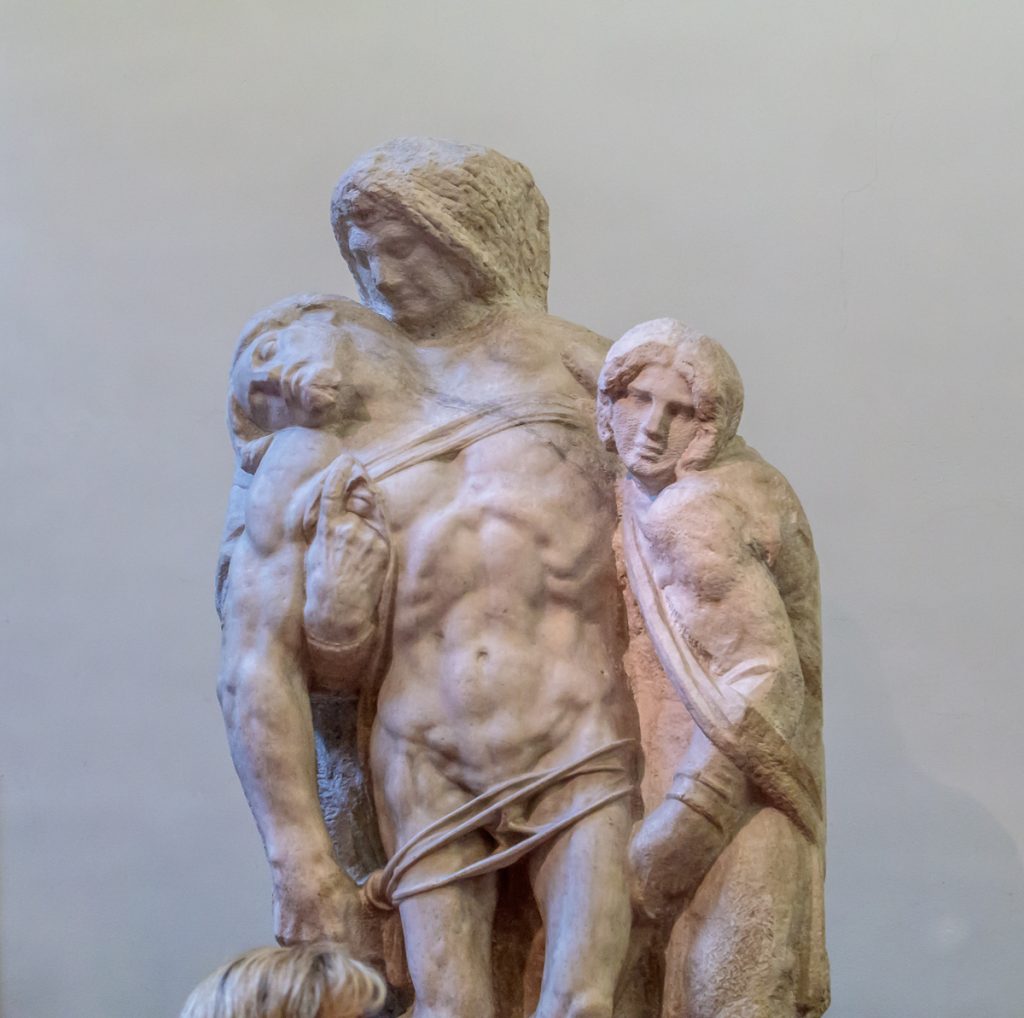 This version does not have the smooth, finished look of the one in Rome, but is still stunning. 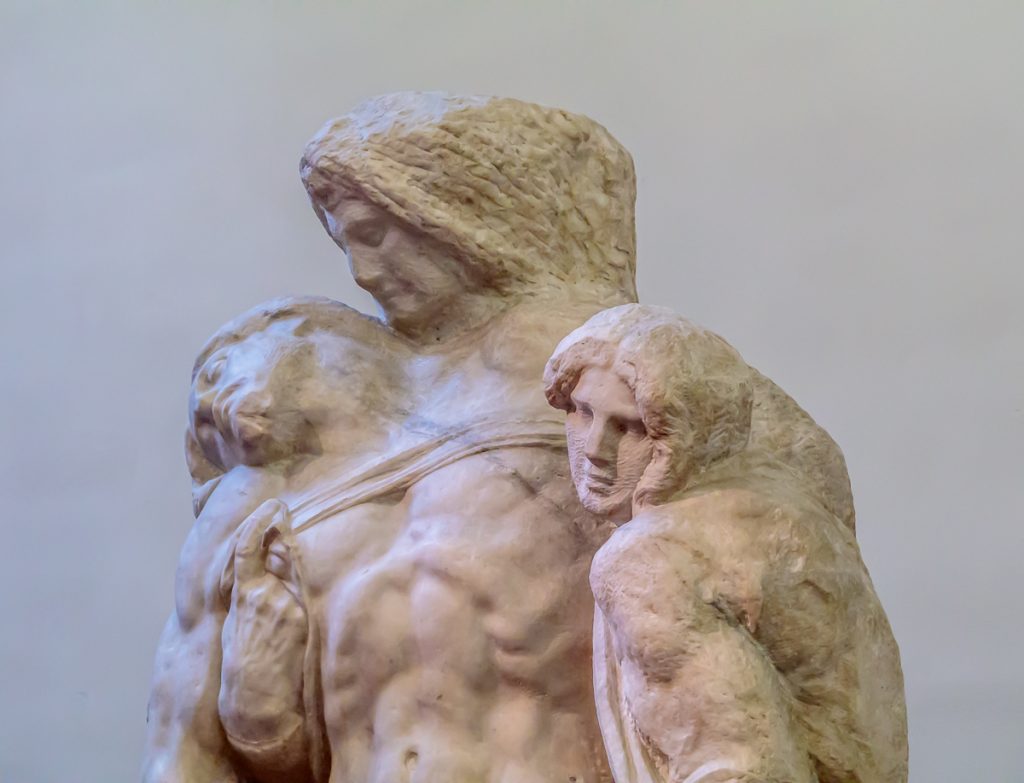 The gallery contains many beautiful paintings, as well.  This annunciation by Neri di Bicci was completed in bout 1464. 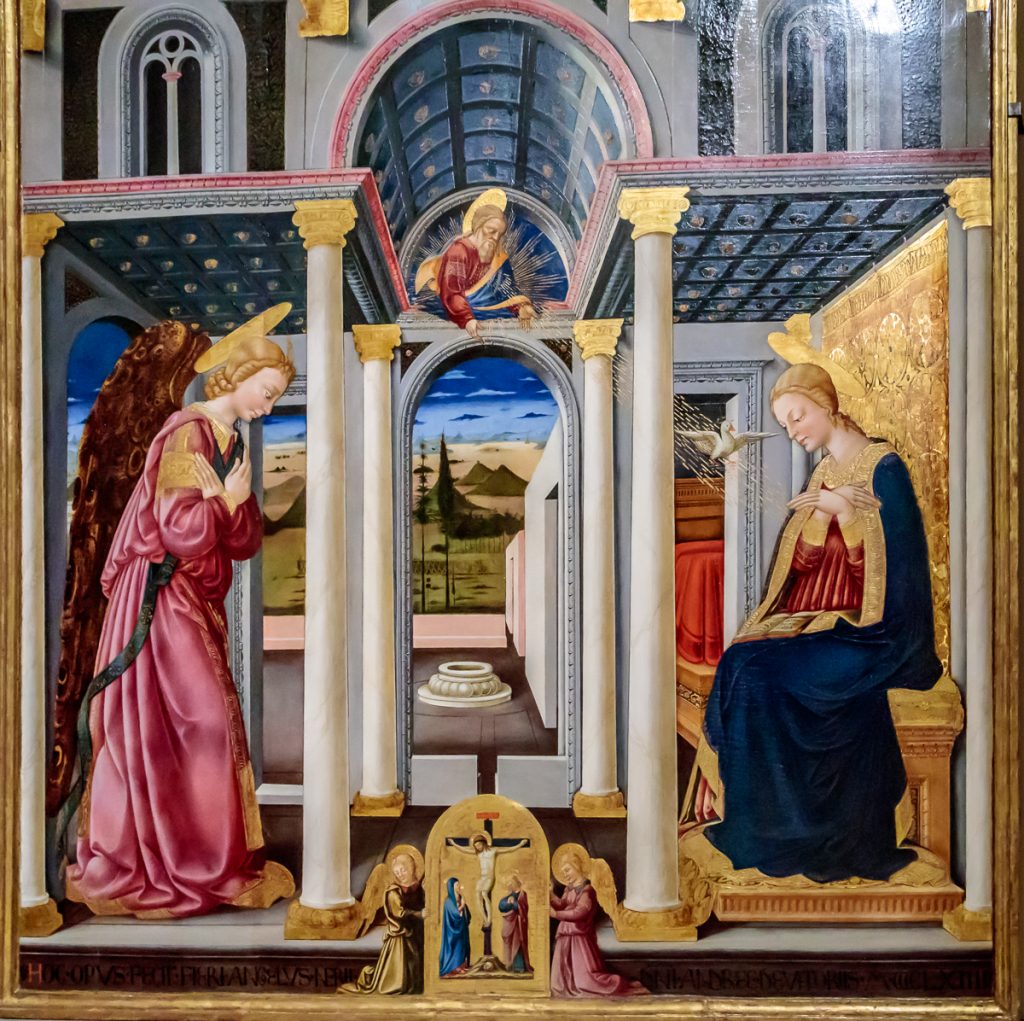 Here is another annunciation, but I don’t have the artist’s name or year. 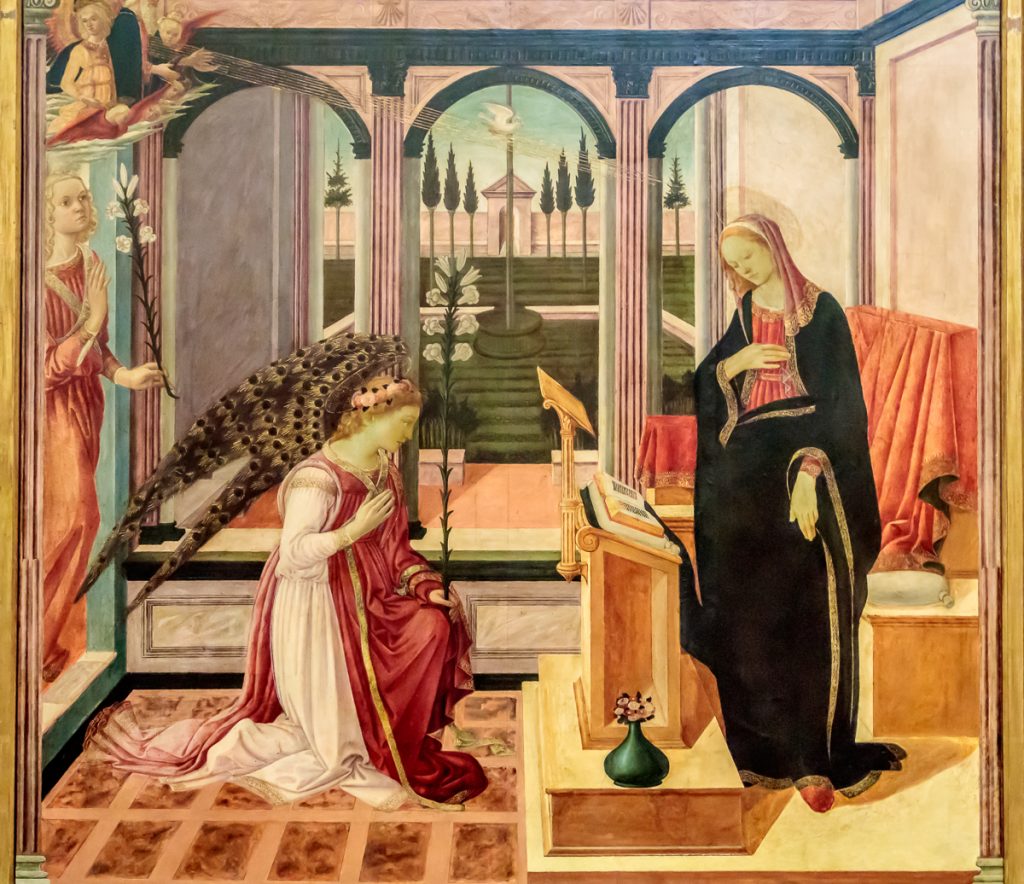 This image of Christ being removed from the cross by Filippino Lippi was done in 1505. 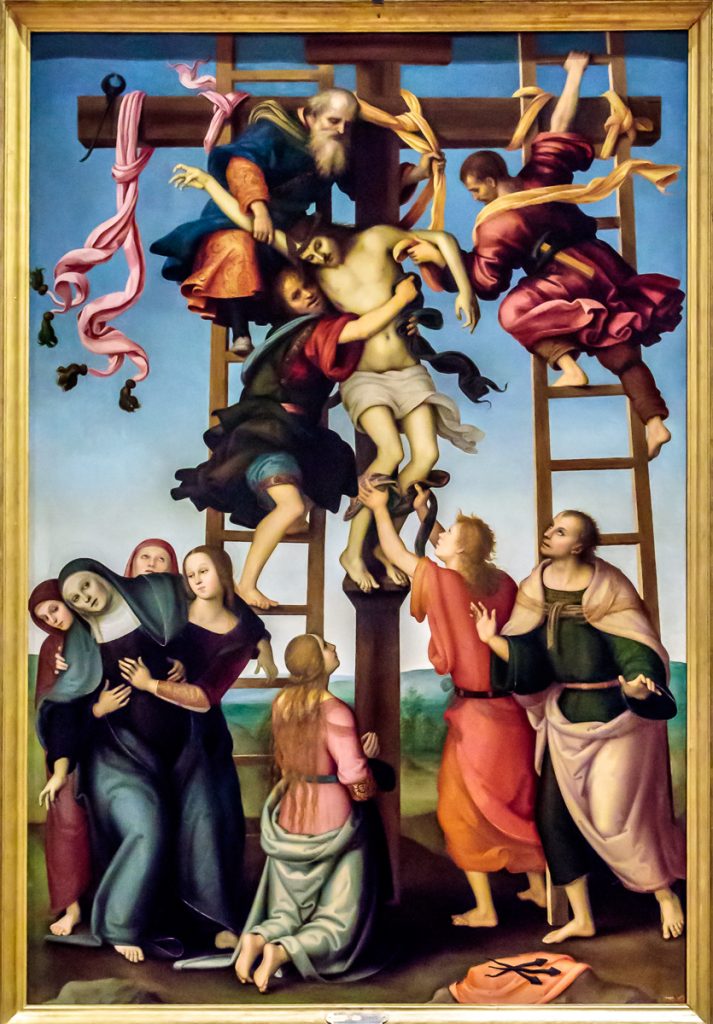 Deposition from the Cross

The large panel is signed and dated 1500.  Four saints connected to the Camoldolese Order are portrayed below the Virgin: Giovanni Gualberto (founder of the Vallombrosa Monastery), Bernardo degli Uberti (a Vallombrosa friar who became cardinal), Benedict (who inspired the rule of the order), and Michael (patron of the Monastery Church). 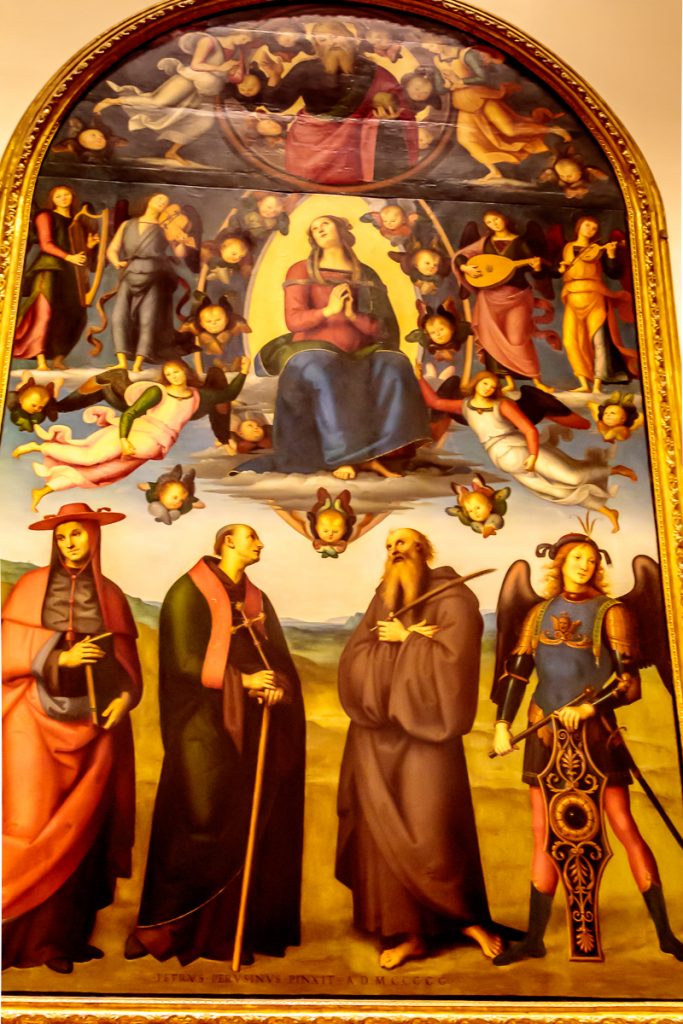 This painting by Domenico di Michelino (1465) comes from the Church of Santa Felicita (just across the River Arno), a center for the cult of the Archangel Rafael, following the Angel’s miraculous apparition in 1424. 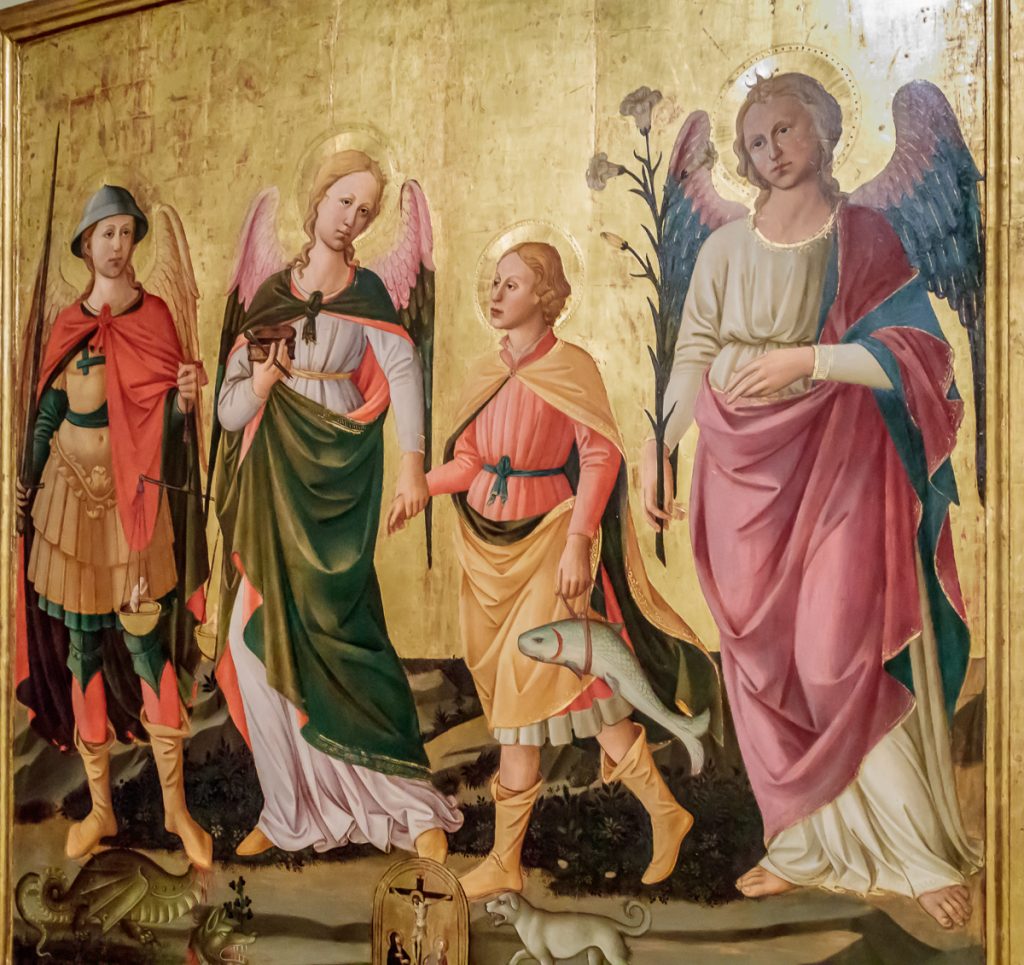 Young Tobias with the archangels Michael, Raphael and Gabriel

Apprentice for Andrea del Sarto, Salviati enjoyed a long, active career working in Florence, Rome and France, where he was engaged by the international Mannerism court in Fontainebleau.  This Madonna and Child features the bright iridescent colors typical of Mannerist painters, colors which have been brought back to life after a recent restoration in 2003.  http://www.accademia.org/explore-museum/halls/tribune/ 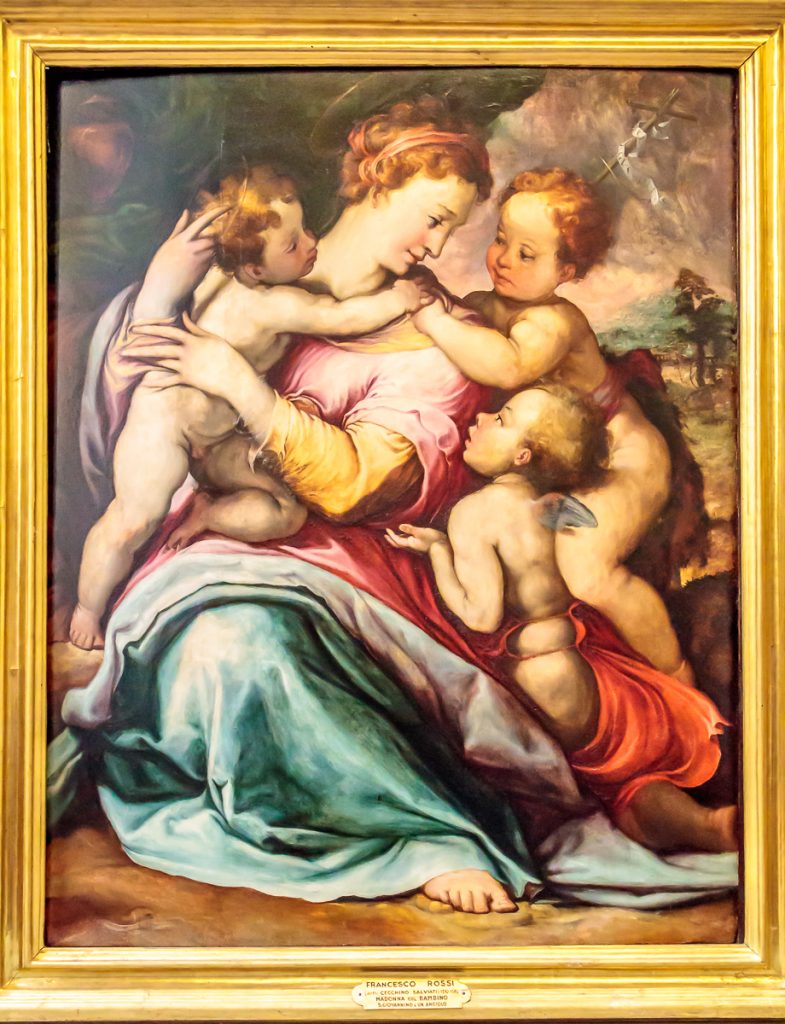 Madonna and child with the young St. John and an angel, Francesco Salviati

This painting shows the martyr St. Barbara in the center with, in the background, the tower which is her iconographic attribute, since history relates that she was imprisoned by her father in a tower.  Due to the fact that her father was struck dead by a lightning bolt of Divine wrath she has always been the patron saint of artillerymen, and gunpowder storehouses in Italy are commonly know by the name of Santa Barbara”. 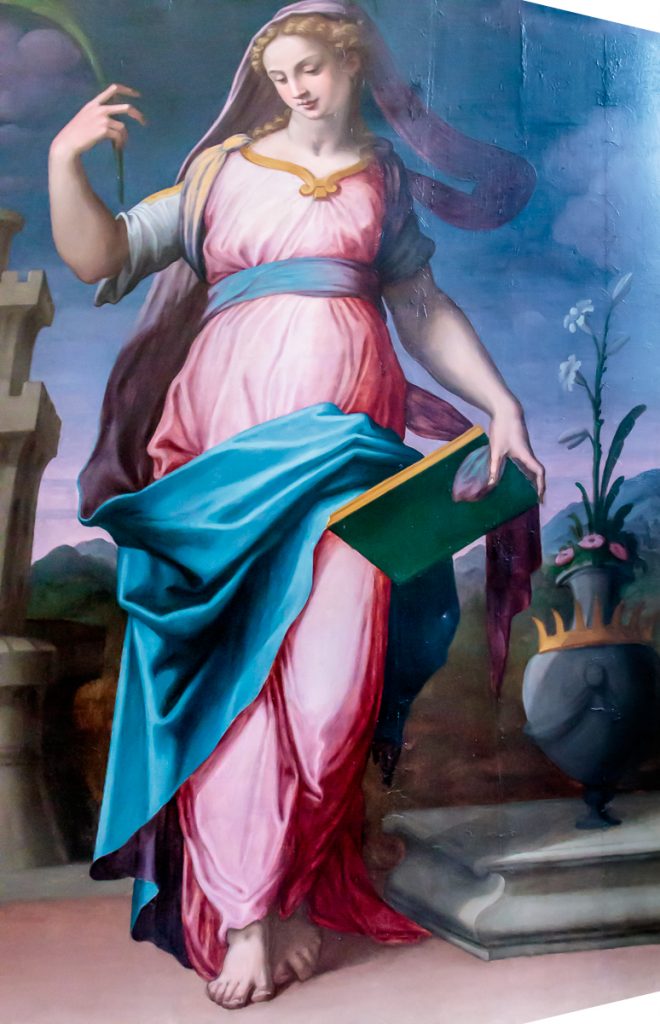 All descriptions are from the placards in the museum except where otherwise noted.

Next stop, the famous Duomo of Florence, the Cathedral of Santa Maria del Fiore.