The Cathedral of Santa Maria del Fiore (St. Mary of the Flower) is one of Florence’s most dominant attractions. 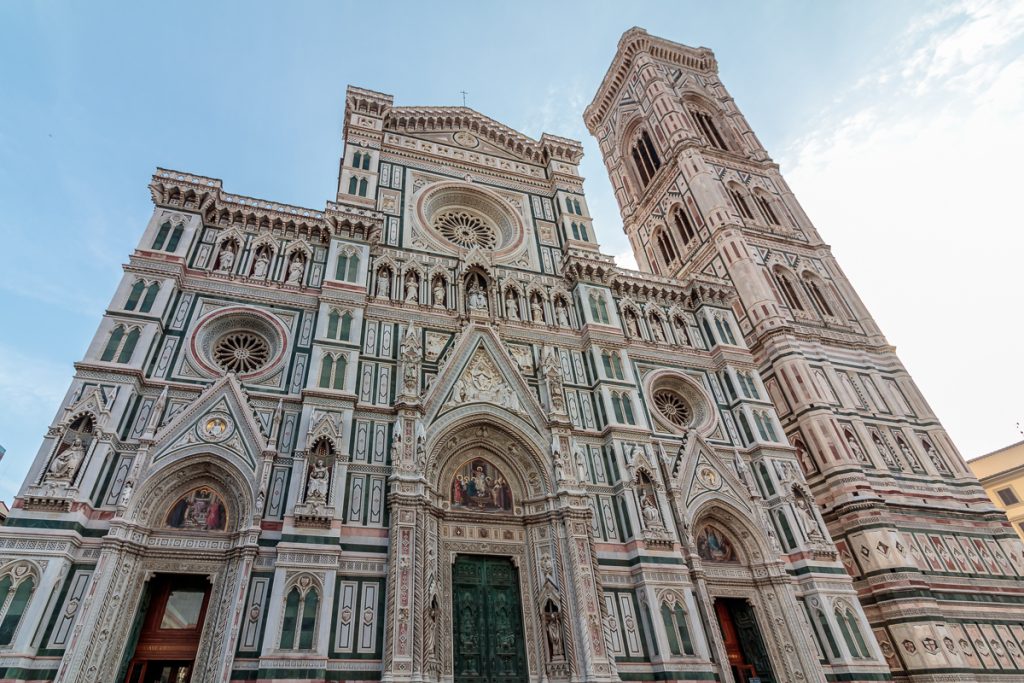 The cathedral was begun at the end of the 13th century by Arnolfo di Cambio, and the dome, which dominates the exterior, was added in the 15th century on a design of Filippo Brunelleschi. 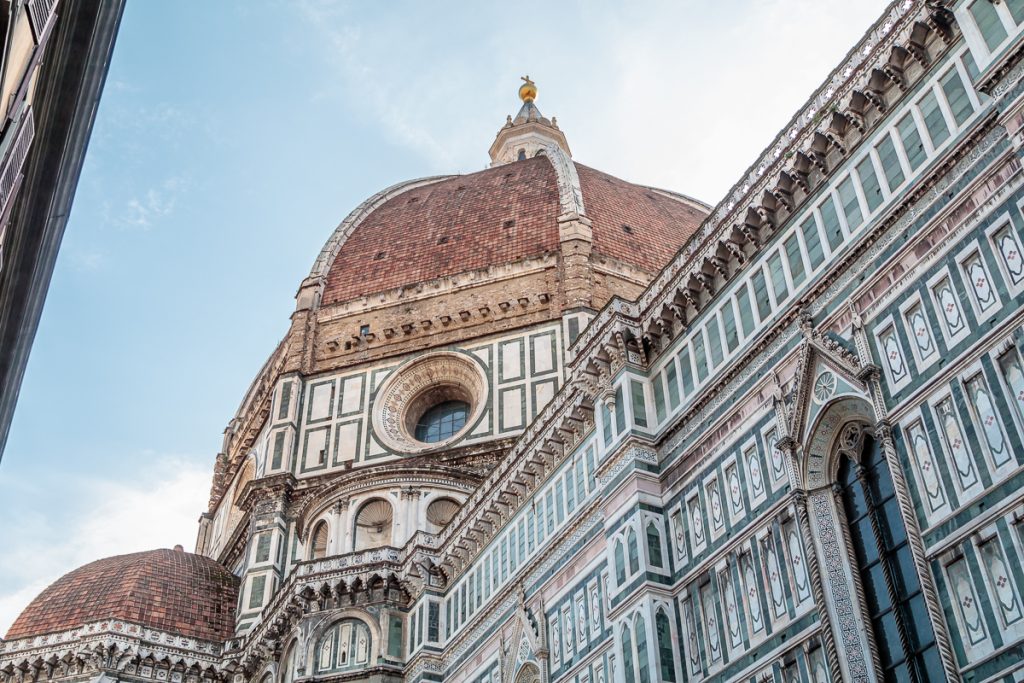 A statue to each of these important architects can be found outside to the right of the cathedral, both admiring their work for the rest of eternity. 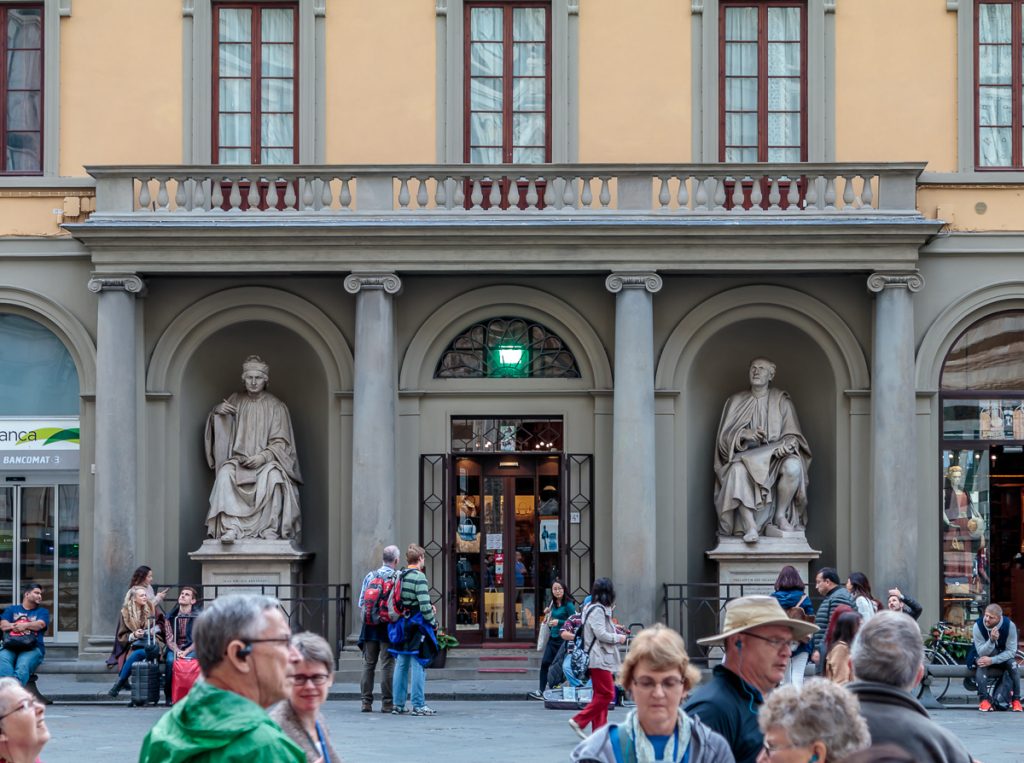 Can you imagine it took two centuries for the cathedral to be deemed finished? 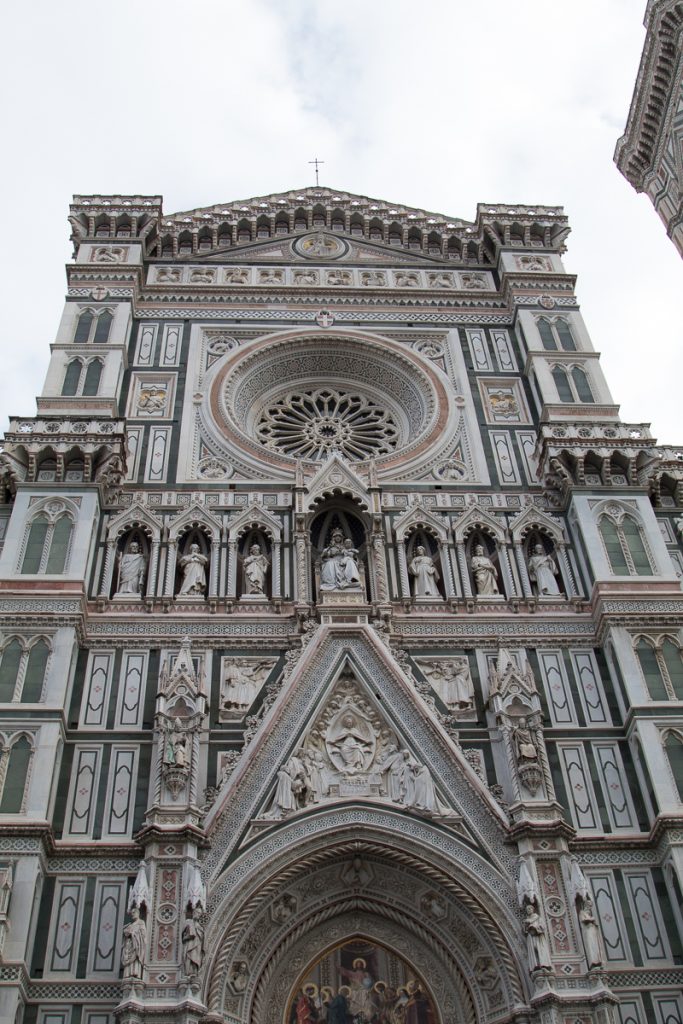 The church was consecrated as soon as the dome was in place although the façade (front of the church) was only half finished by then. It was just decoration, and thus remained unfinished up until the 19th century.   https://www.visitflorence.com/florence-churches/duomo.html

The cathedral was finished with three colors of marble, white, red, and green, to produce the striking appearance.  The details are amazing. 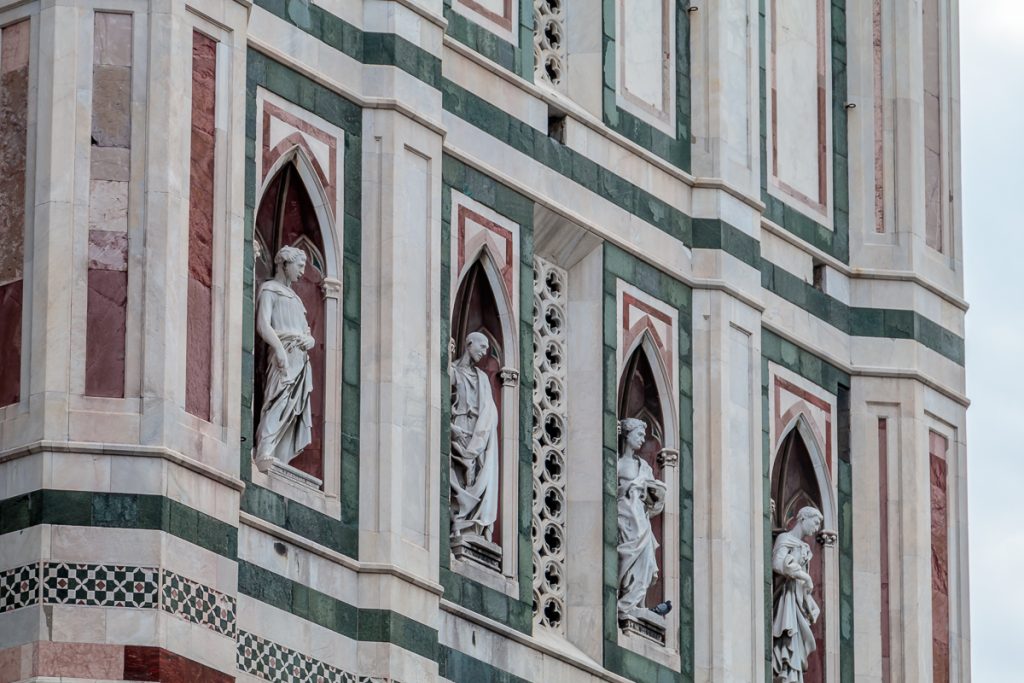 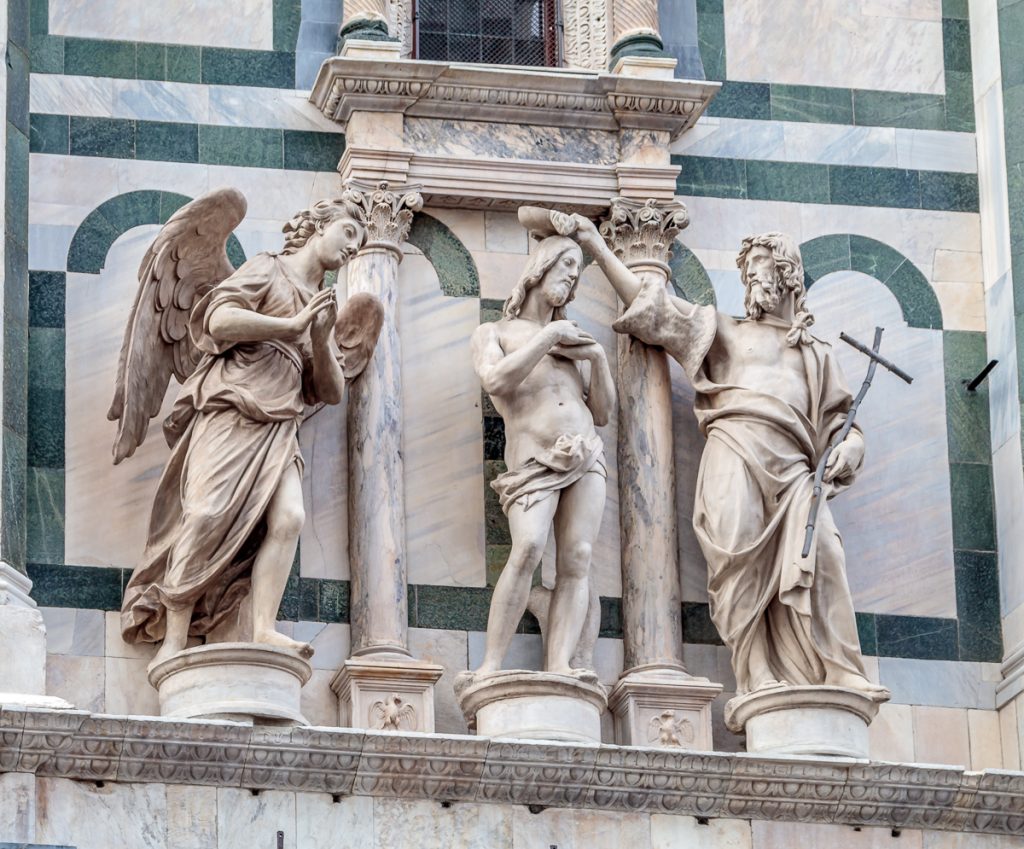 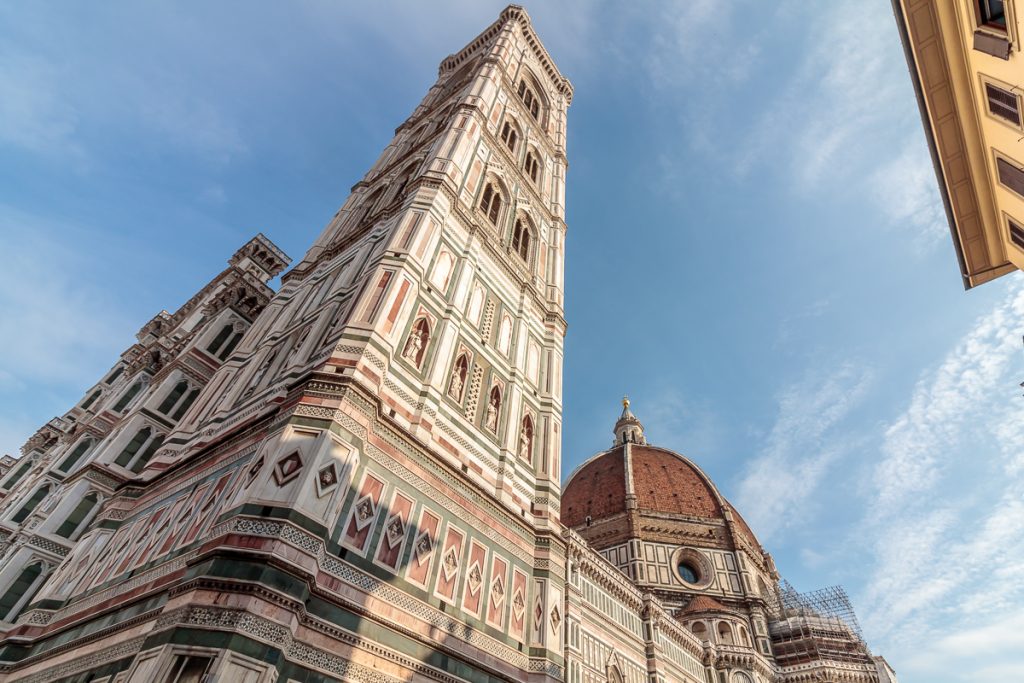 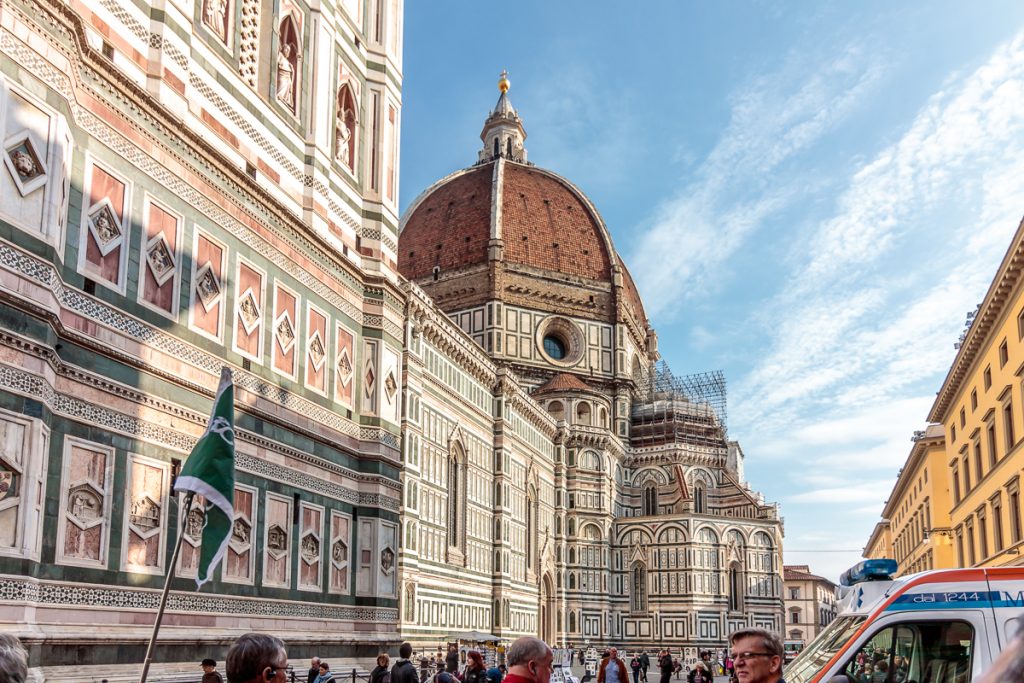 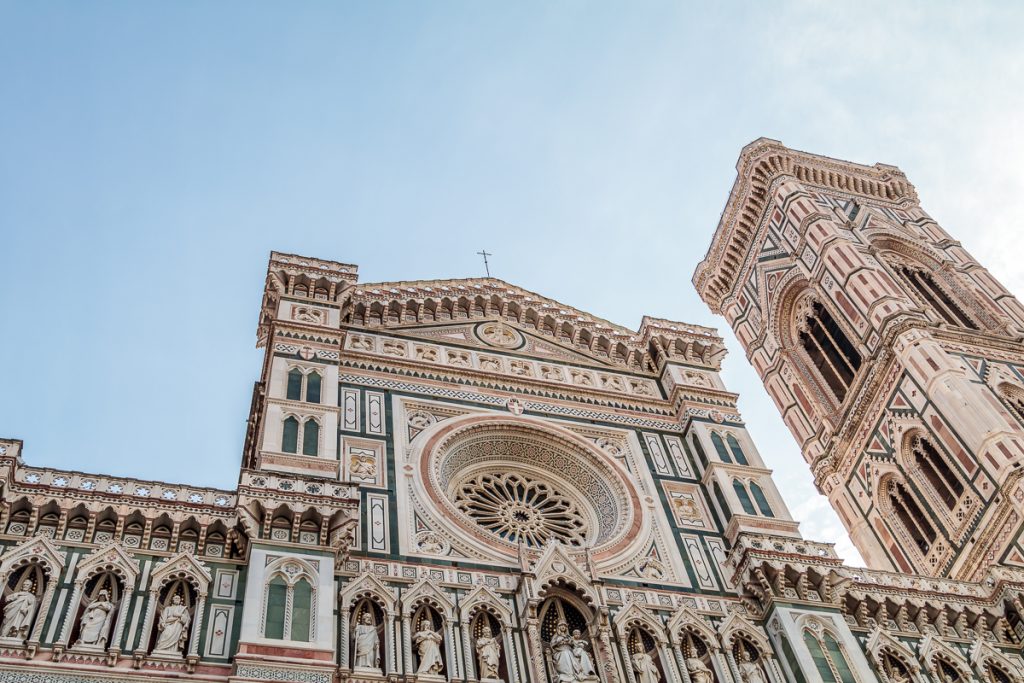 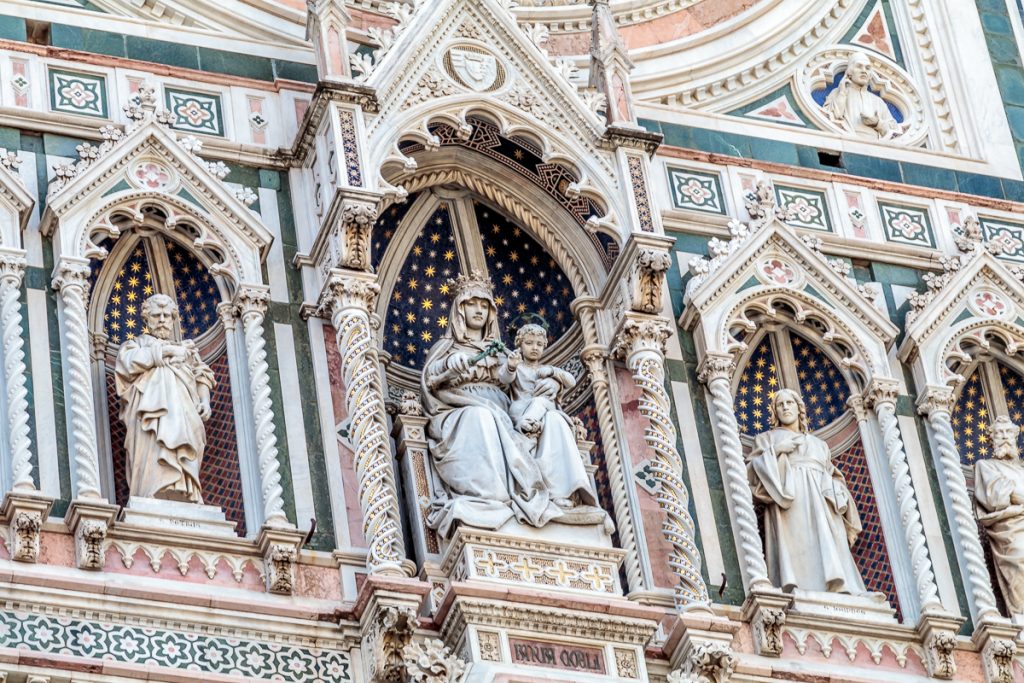 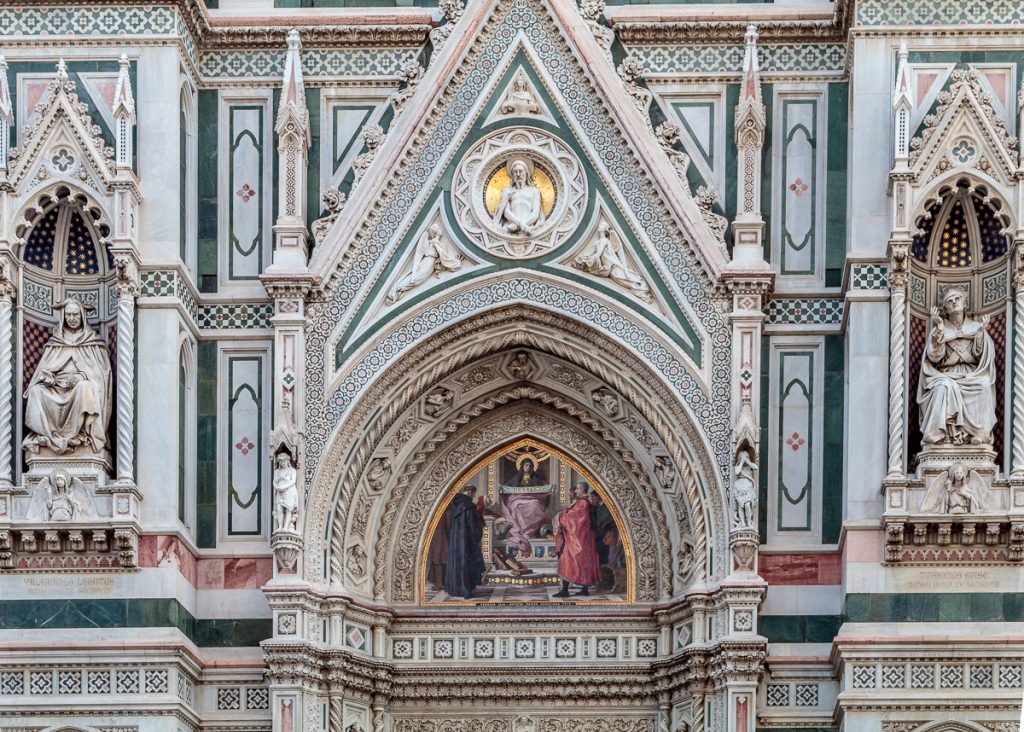 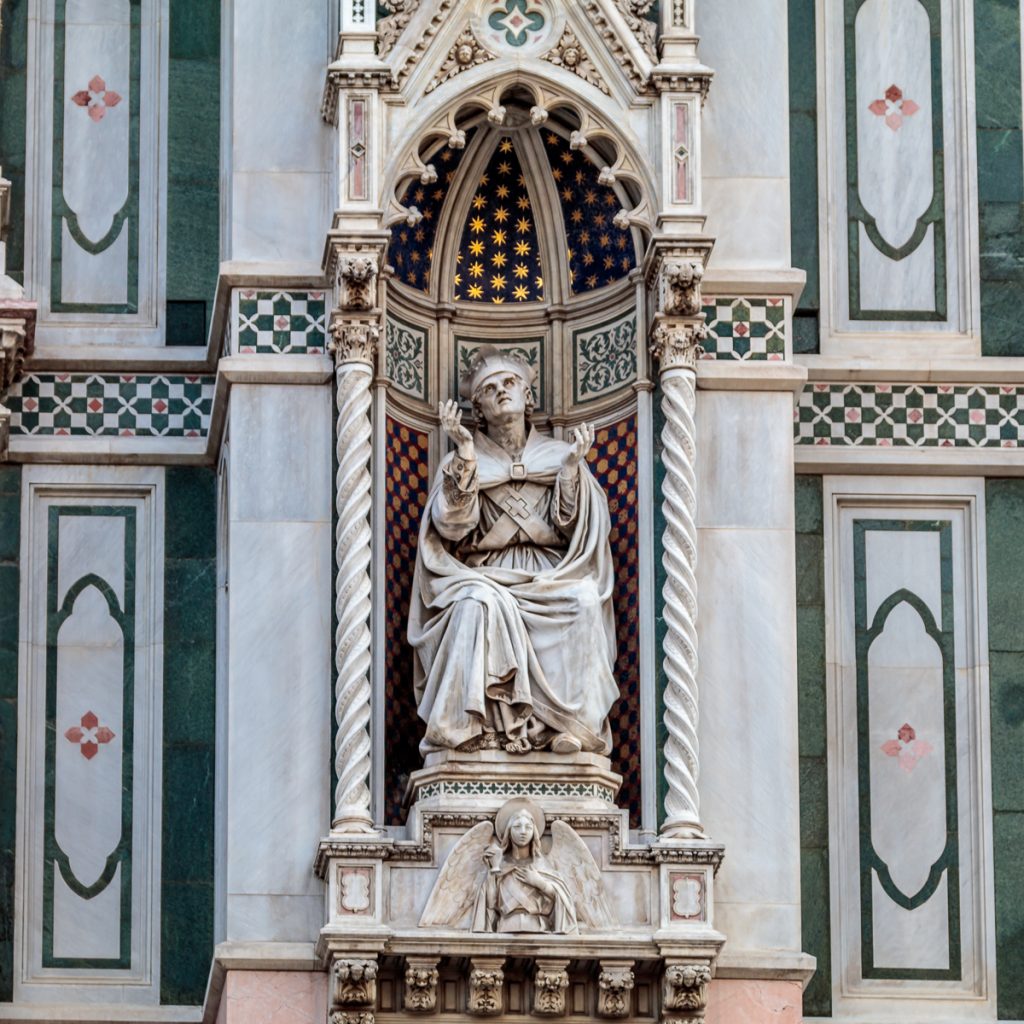 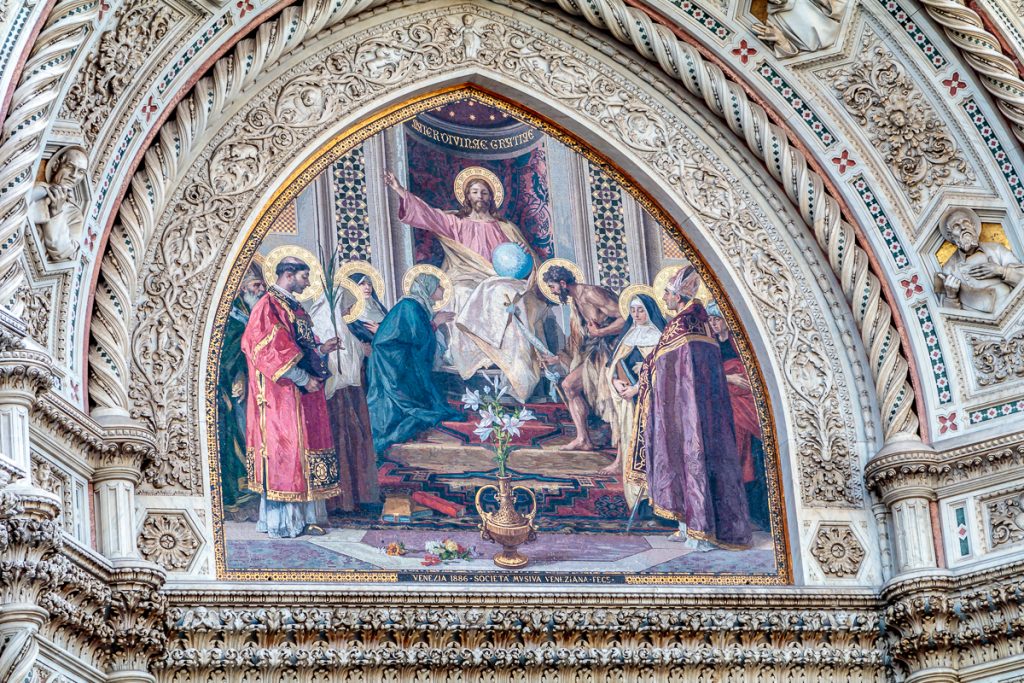 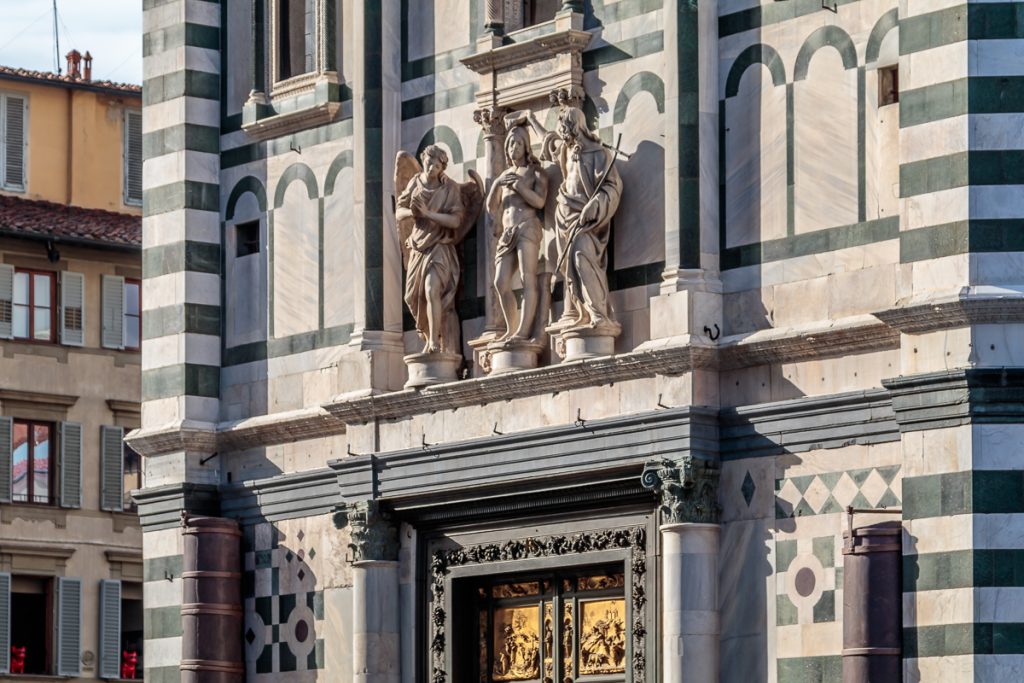 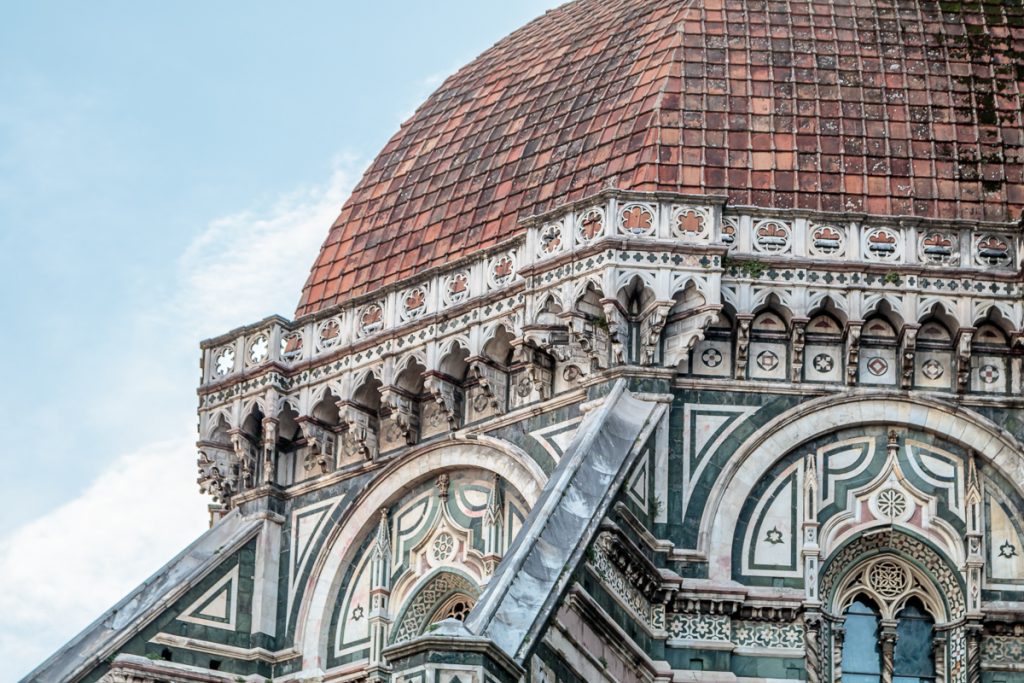 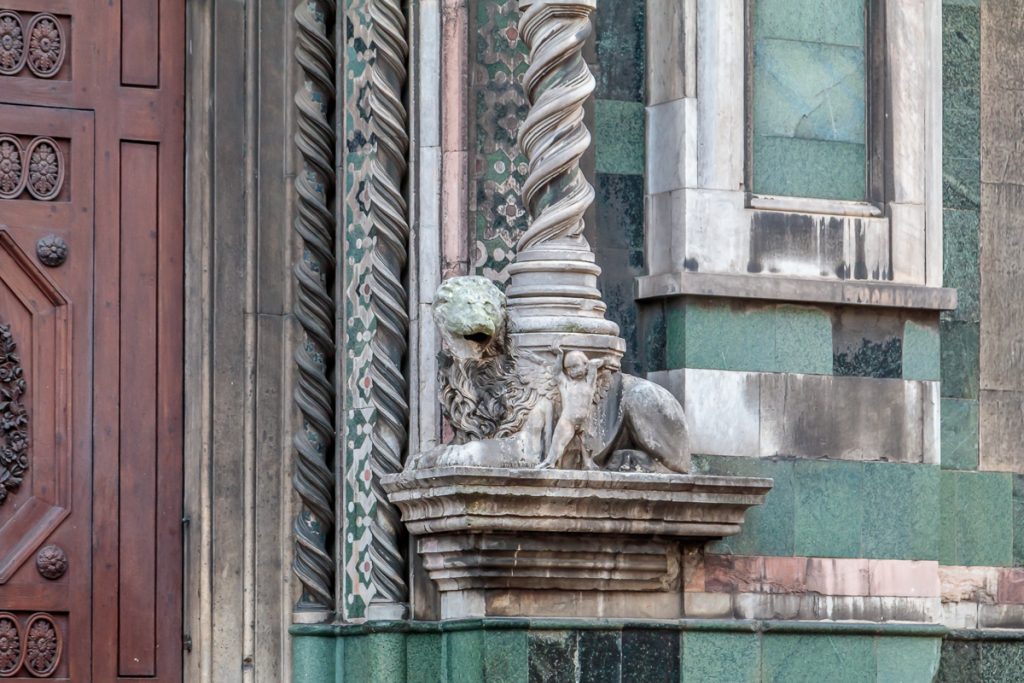 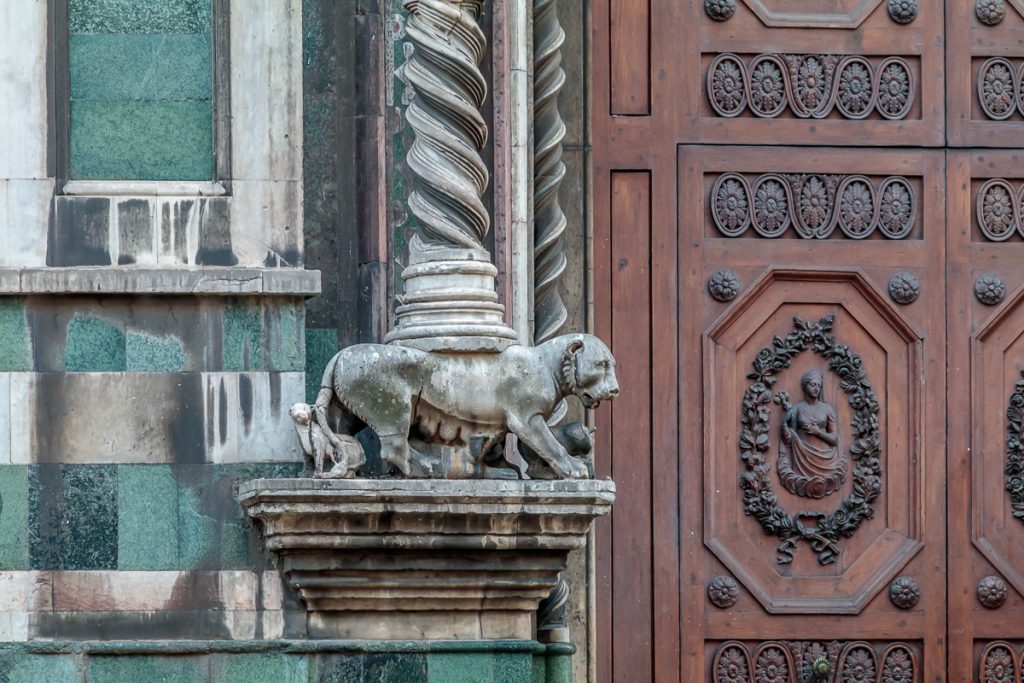 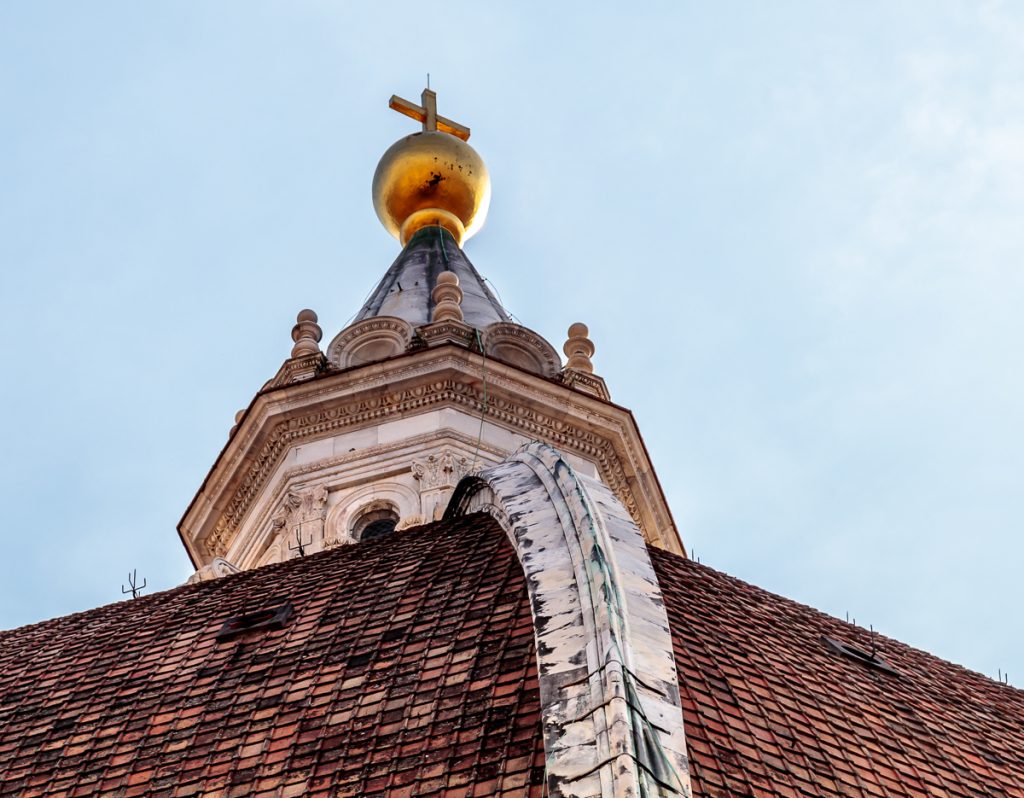 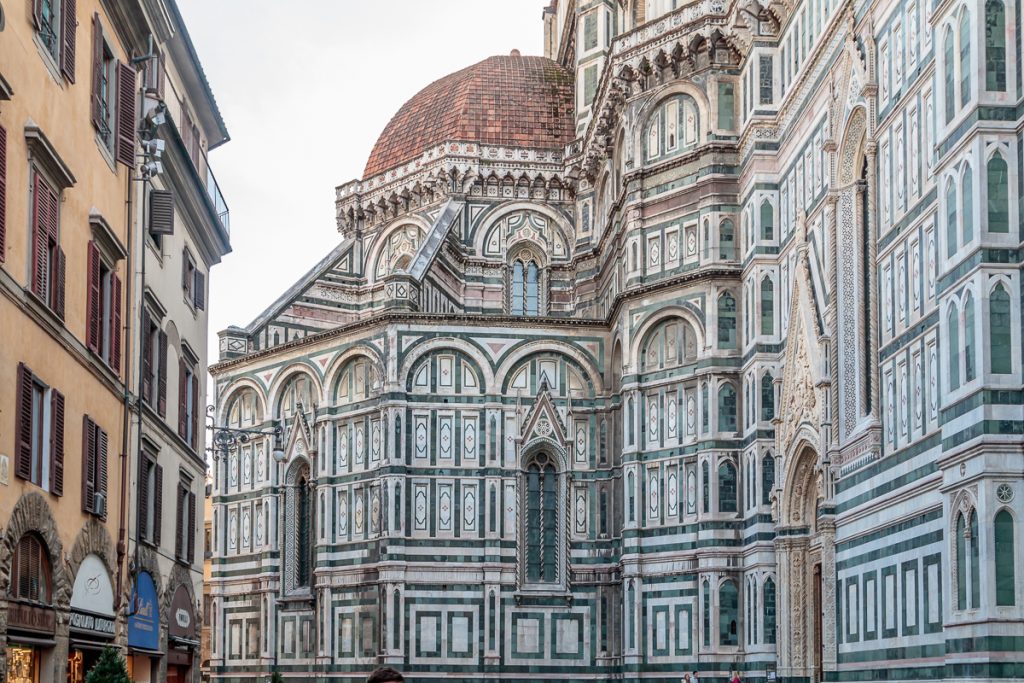 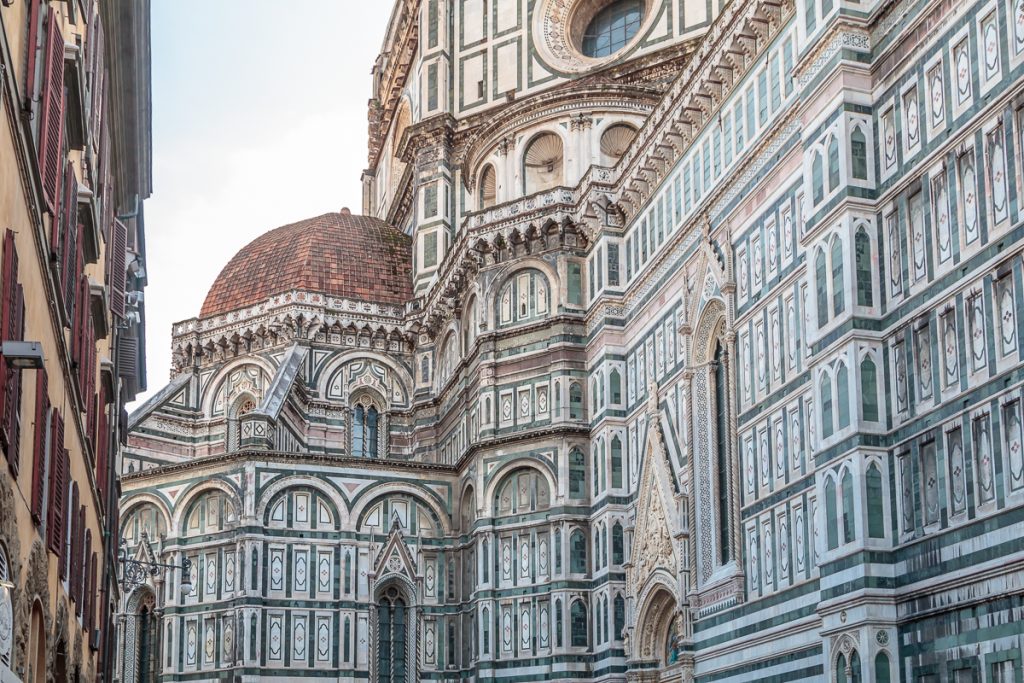 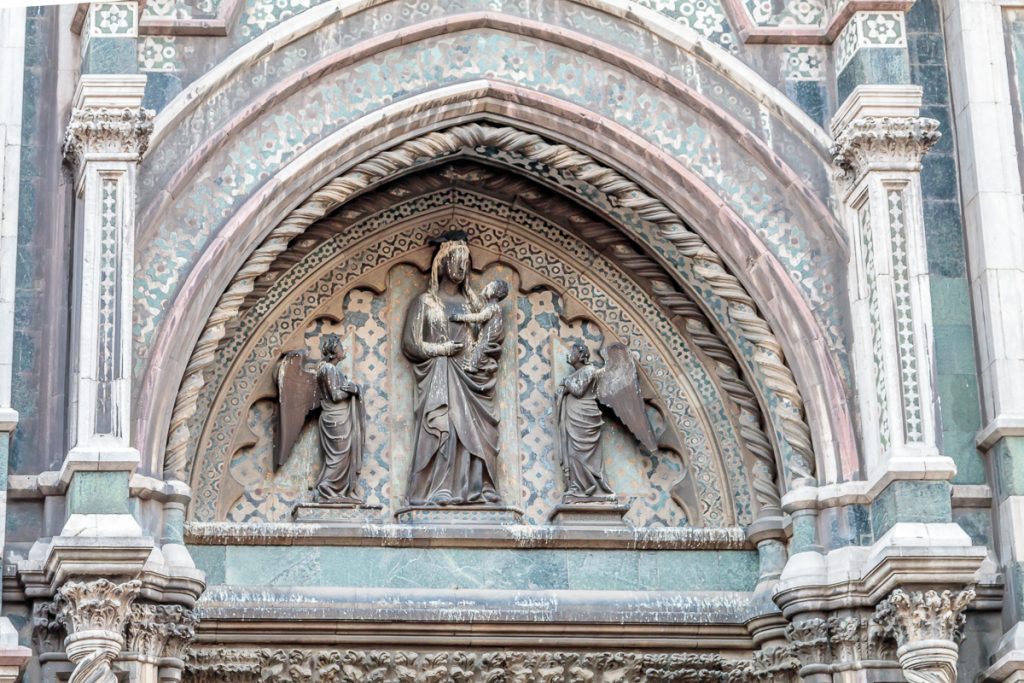 And this is only the outside!  Next post will take you inside.