Sleeping Bear in the Winter

Hello.  I’m finally back.  Sorry for being gone for so long.  Today I took a trip from Interlochen to Sleeping Bear Dunes.  I’ve been there in the spring, summer, and fall, but not really much in the winter.

However, before I even got out if Interlochen, I crossed the Betsie River that flows from Duck Lake into Green Lake.  I love the way the river meanders at this point. 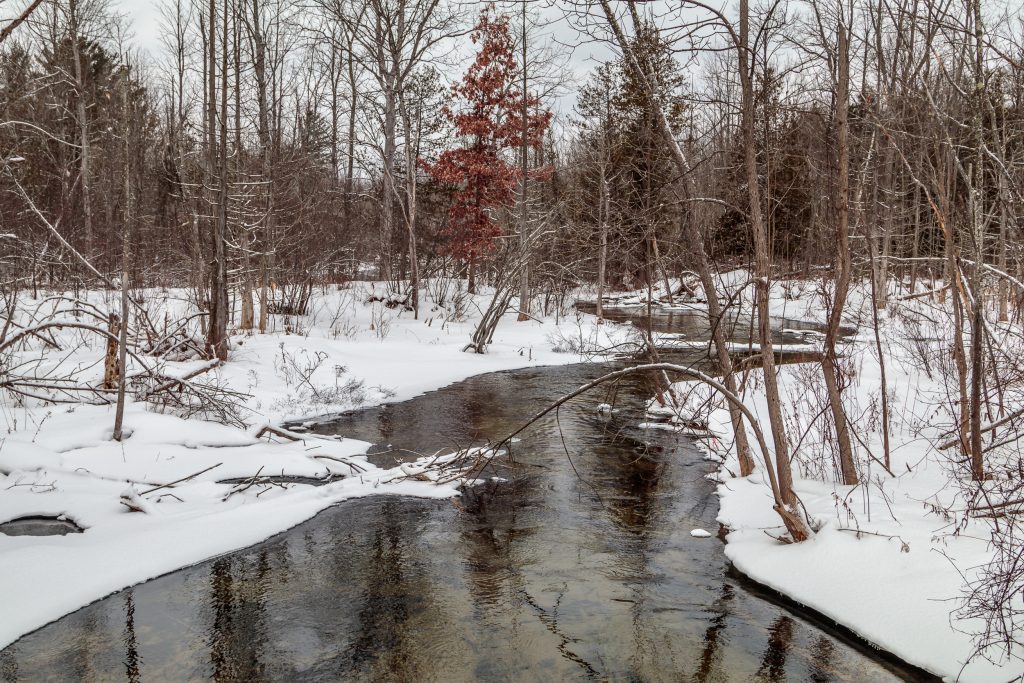 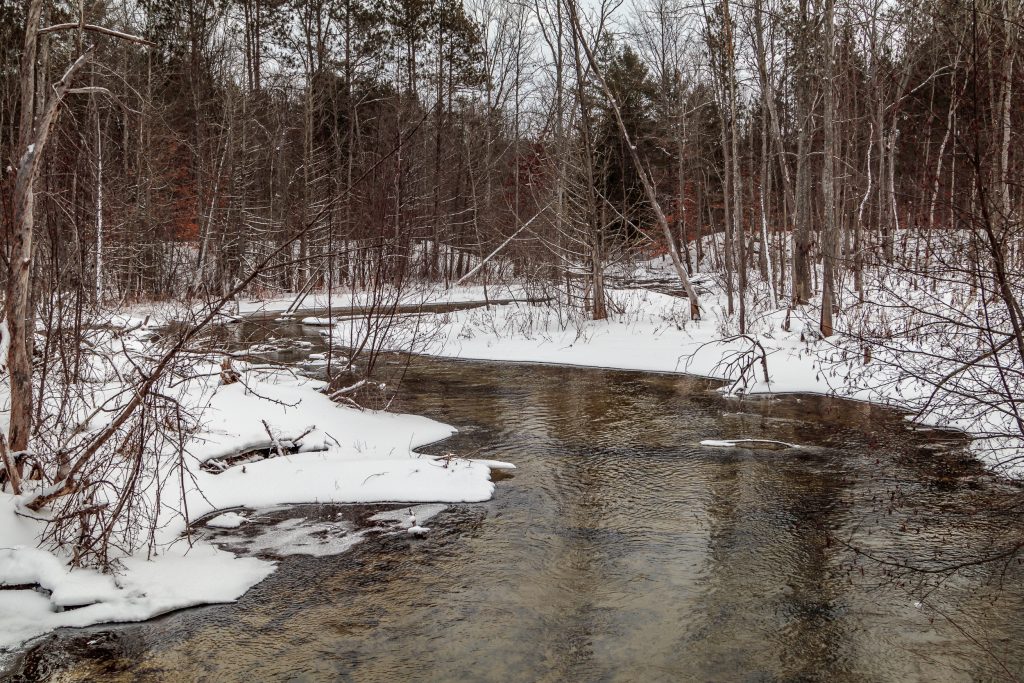 I stopped at the Sleeping Bear Visitor’s Center, asking about good options for cross country skiing.  I was told the Heritage Trail between the Dune Climb and Glen Arbor had recently been groomed.  I headed off toward Glen Haven, planning to make a shorter trek of it.   From inside the car, the blue skies were quite inviting. 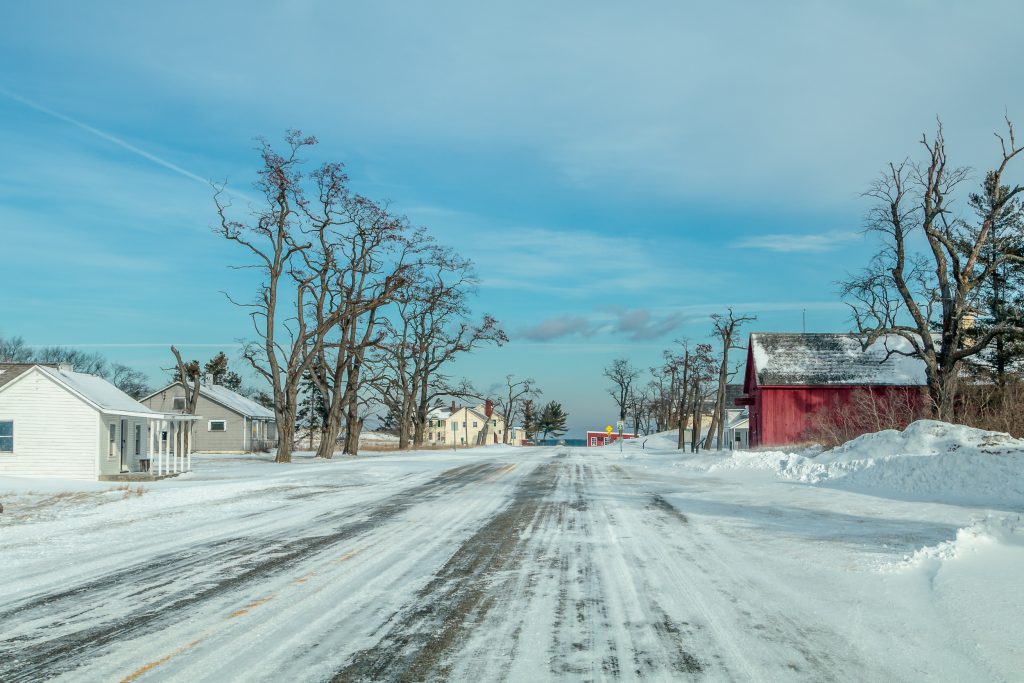 However, the wind was very strong off the lake, making the 25 degree temperature feel much colder.  I decided not to venture out on the skis.  Instead, I decided to walk along the lake.  The waves were crashing on the shore, coating everything on shore, leaving ice. 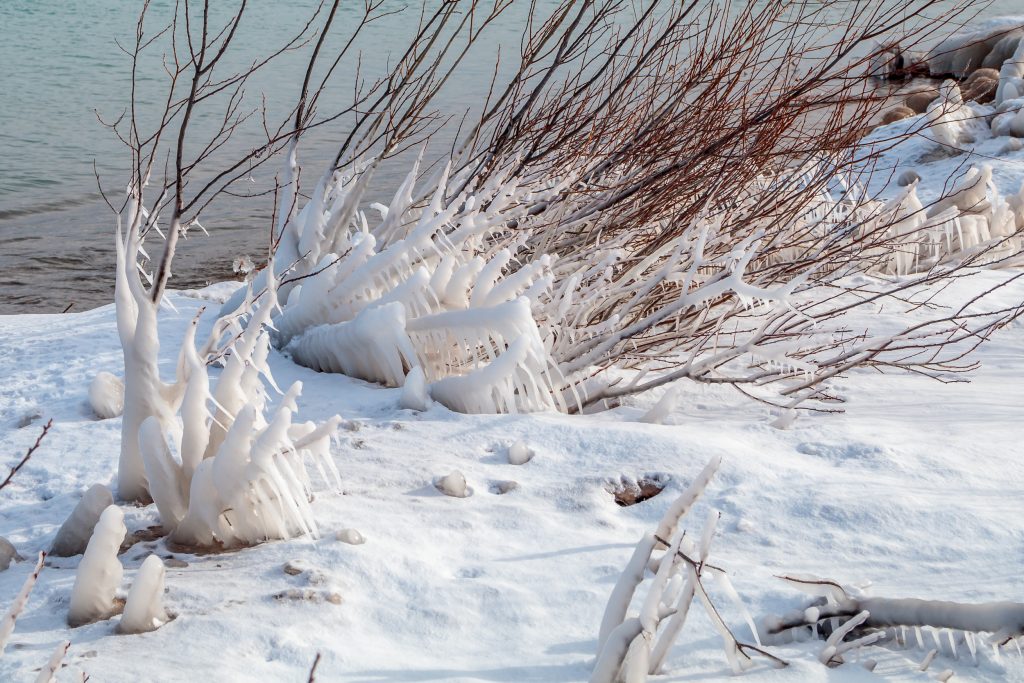 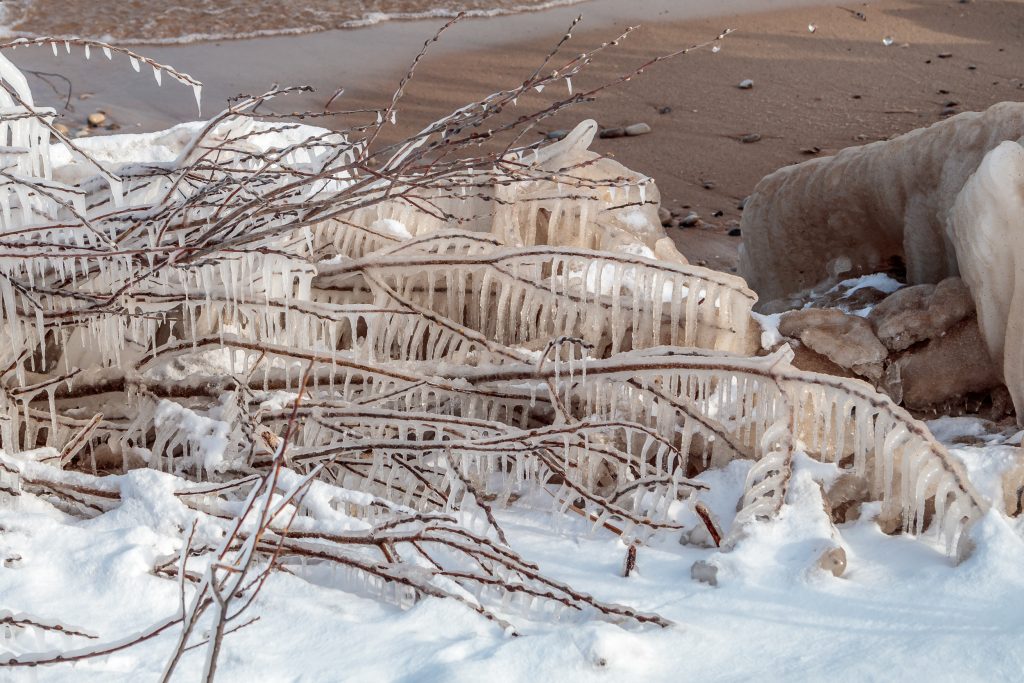 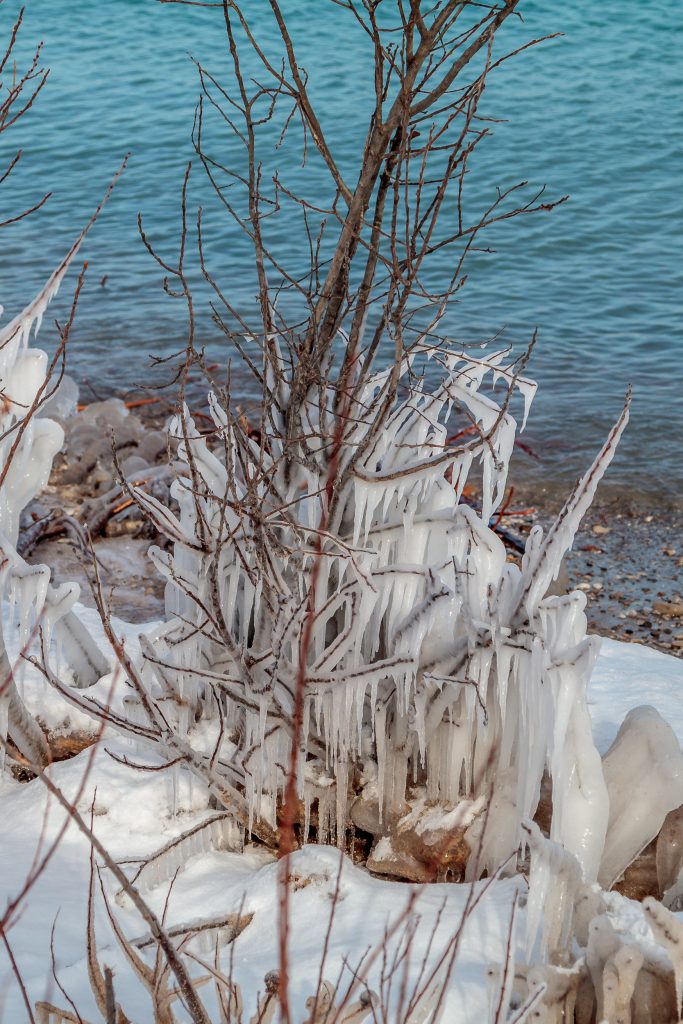 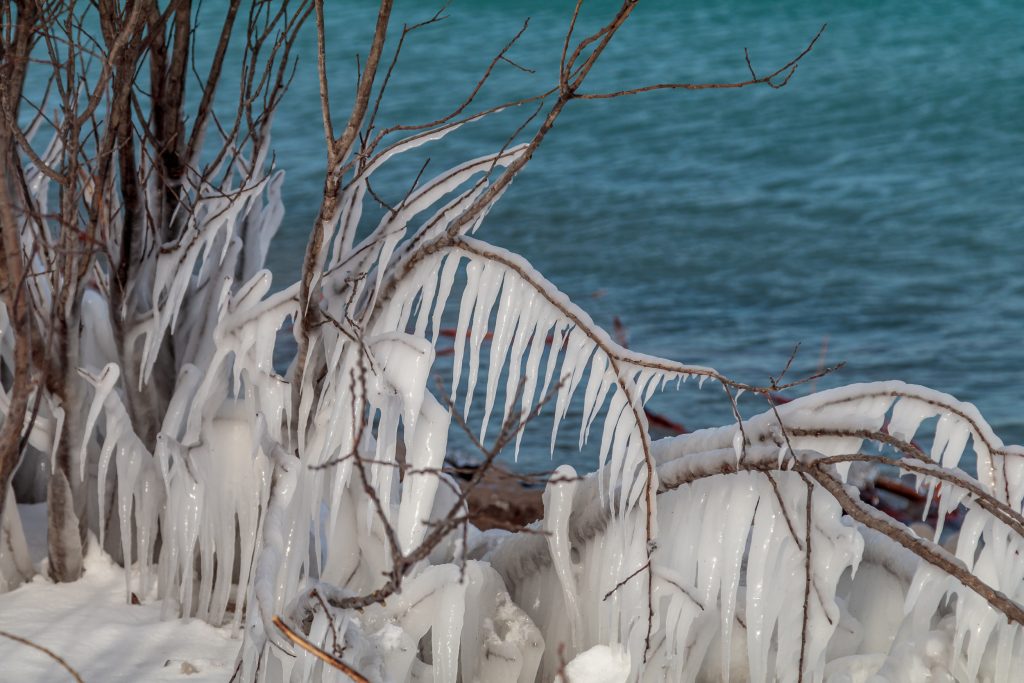 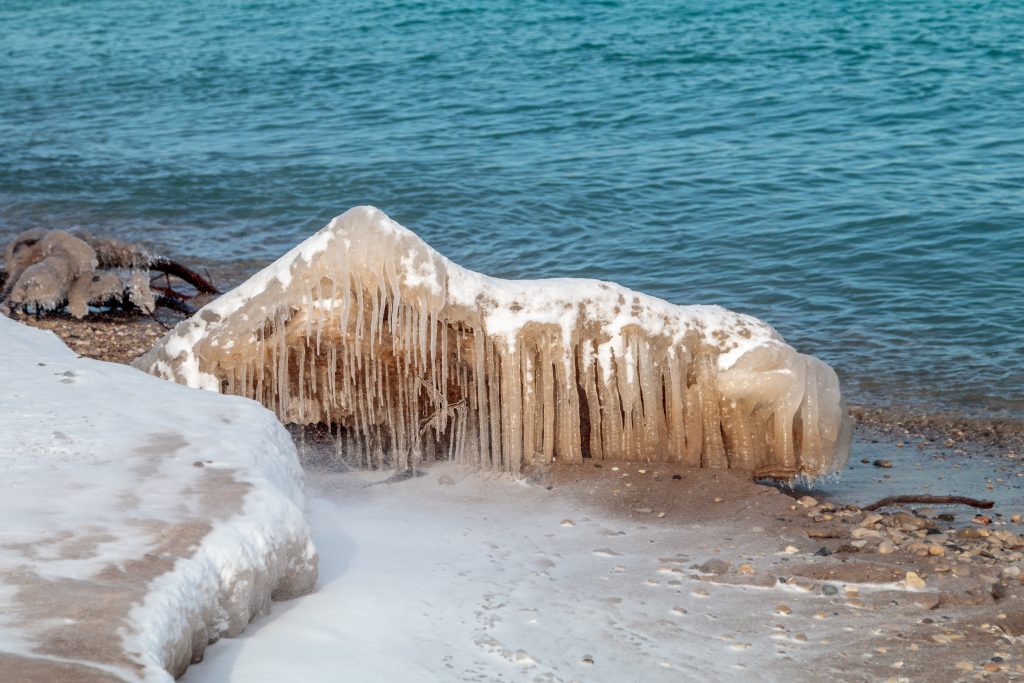 On the way back to Empire, I stopped at the Day Farm to photograph the farmhouse and barns.  It looks different (wonderful) with snow on the ground. 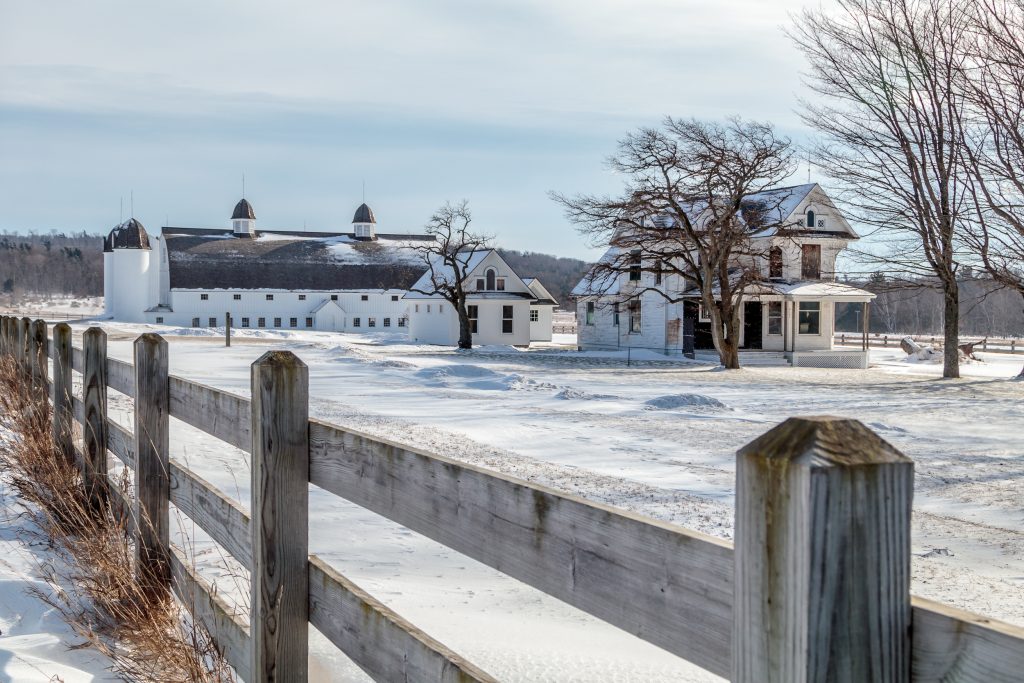 I next stopped at the beach at Empire.  There was so much wind! 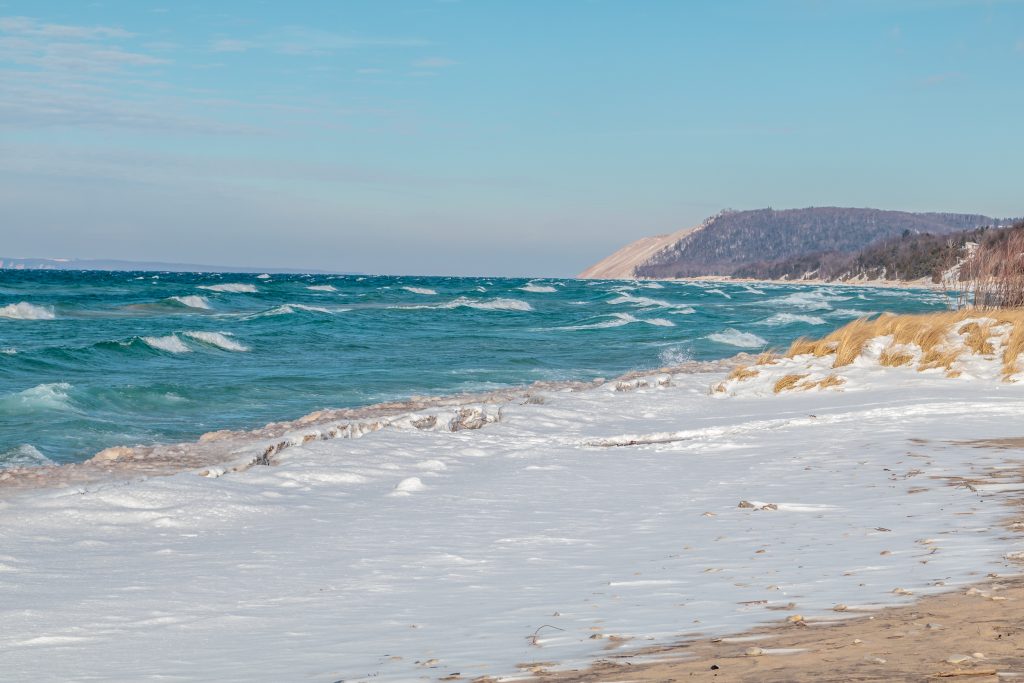 The wind drifted both snow and sand. 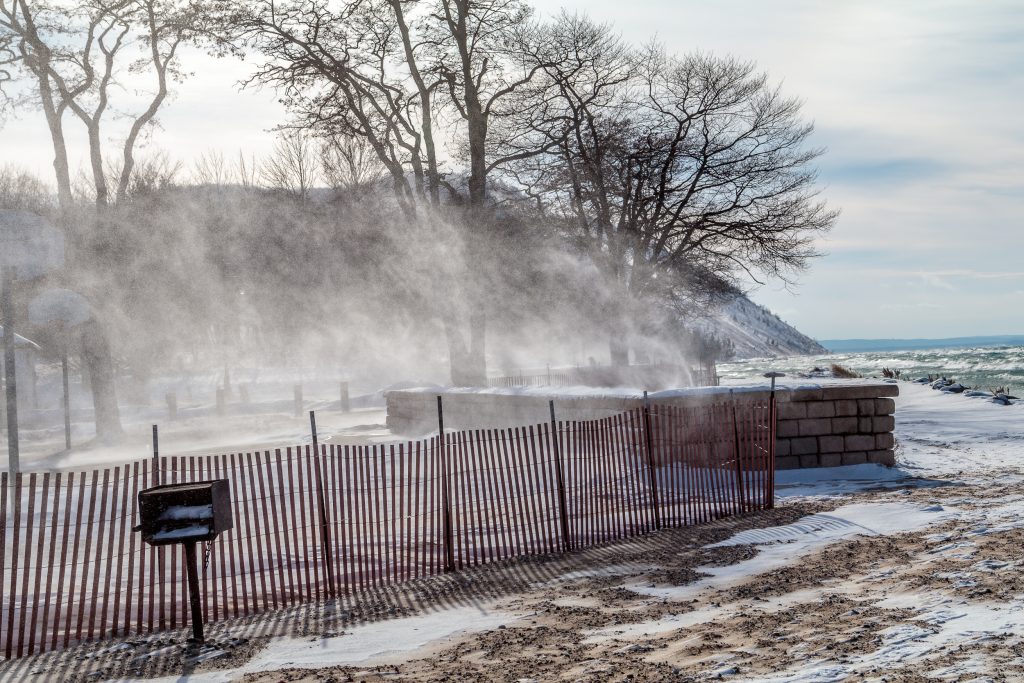 I wanted to see the view from Empire Bluffs Trail.  The trail is well used, even in the winter.  It is too steep to ski, but no show shoes were needed.  Getting to this overlook was pretty simple, but the steep hills beyond that were more than I wanted to try with the snow. 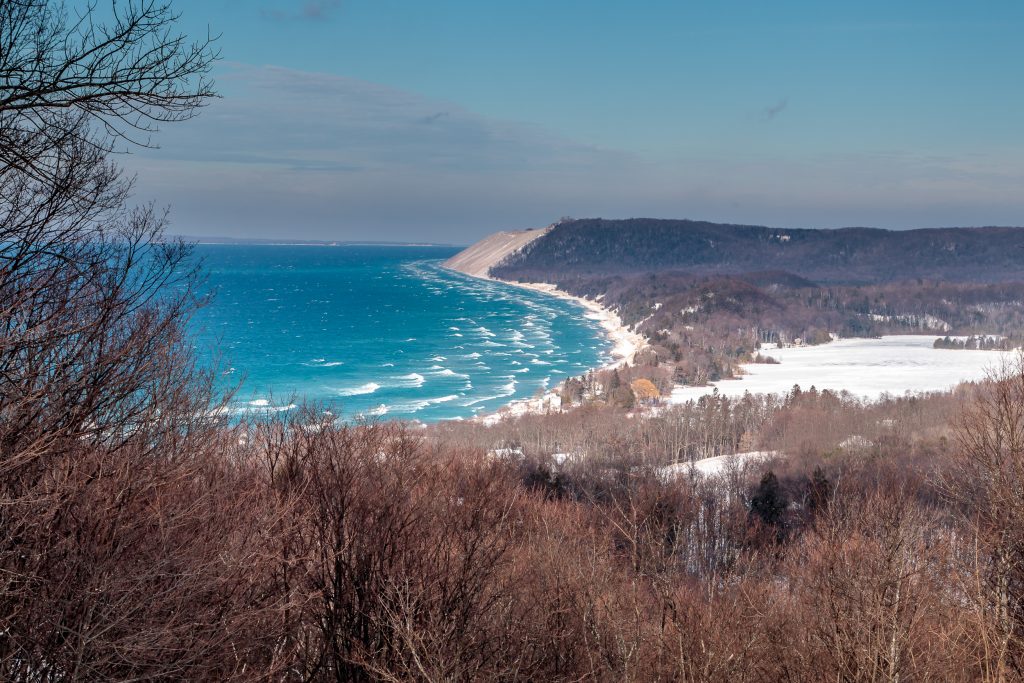 I ventured down to the Esch Rd. Beach.  There were 5 other cars down there, so I wasn’t alone.  There were still plenty of parking spaces, unlike during the summer. 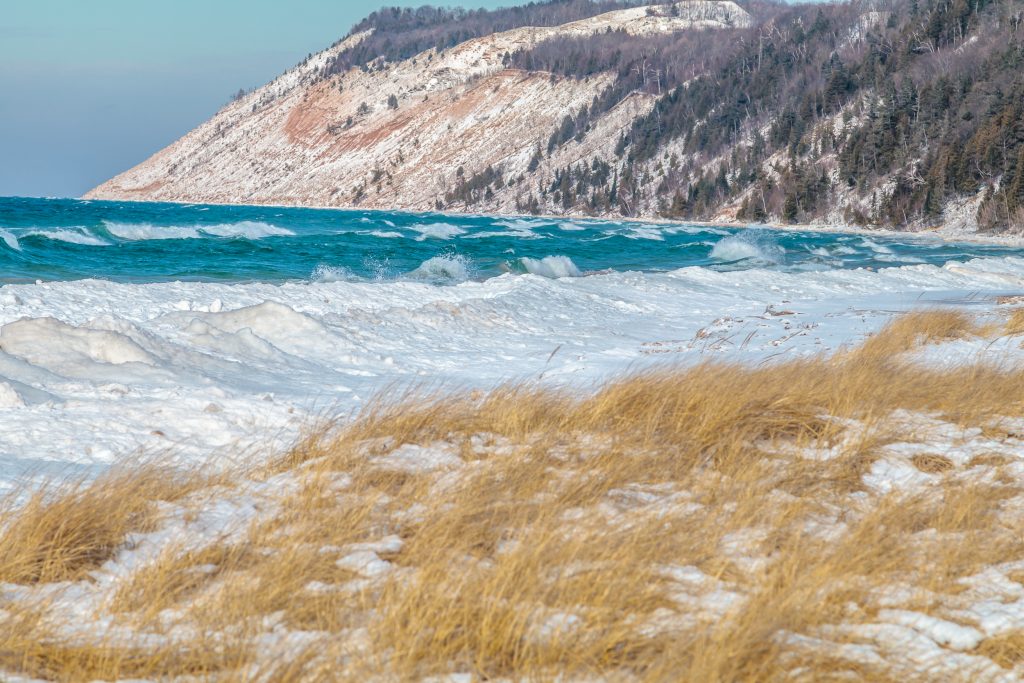 Just adjacent to the beach is a small bridge across Otter Creek, another small creek that flows into Lake Michigan. 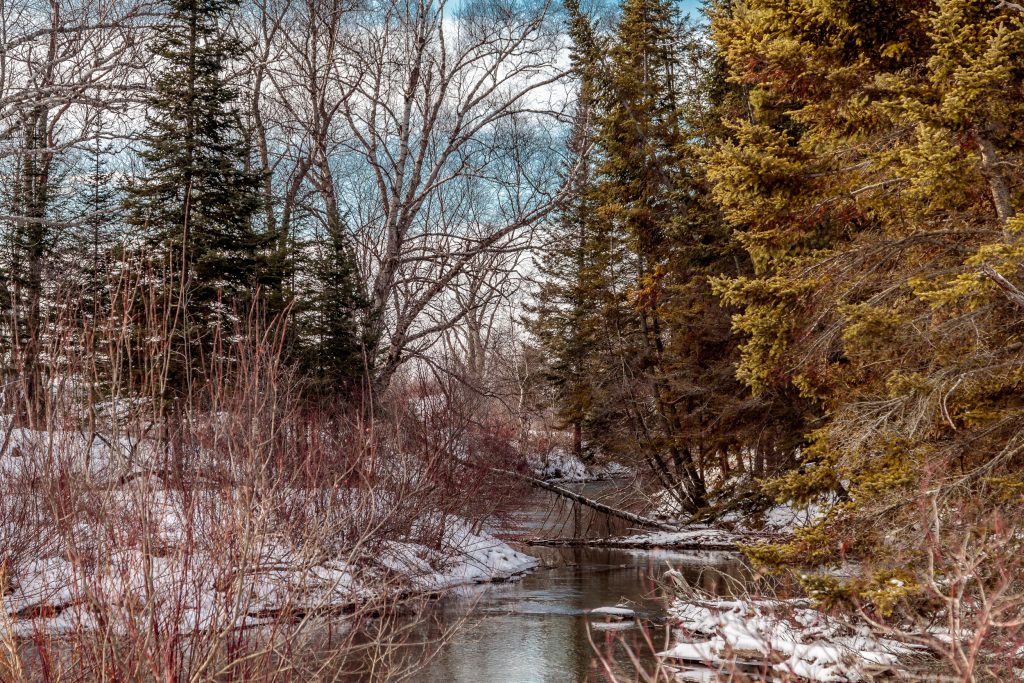 It was a great day to be out, other than the wind.